Up until 1947, there was no ‘Goldilocks’ choice in half-ton pickup trucks. The options were the choice between a truck based on lightly-modified passenger car chassis or one scaled-down from a medium-duty truck. That all changed with the introduction of the 1948 Ford F-1 Bonus Built.

There were certainly pickup trucks available prior to 1948, from Ford, GM, and other truck manufacturers, though they tended to be one of two varieties. The Big 3 primarily produced trucks based on passenger car components, while truck manufacturers (as well as some automotive OEMs) made heavier-duty trucks that were scaled-down medium trucks.

Take the 1917 through 1927 Ford Model TT. Based on the Model T, the only significant changes between it and the Model TT was a frame stamped of slightly heavier gauge steel and a worm gear and pinion rear axle, though beefier, limited speeds to 15 mph. Great for use around the farm or for the occasional trip into town, but not a vehicle you’d want to rely upon for longer trips on a more frequent basis.

This standard of adapting a passenger car chassis for light truck duty continued through the Ford AA, Ford BB and the Ford Model 50. Though each featured a more robust frame with suspension upgraded for heavier roads (though not for ride comfort, on the Ford AA front shocks were optional and no rear shocks were available at all from the factory). 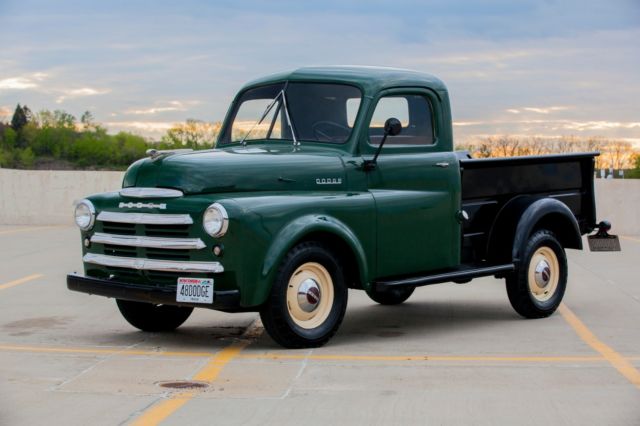 On the other end, heavy truck manufacturers like Mack offered downsized versions of their medium trucks. The 1937-1938 Mack Jr was available in capacities ranging from ½ ton to 3 tons and a range of eight models, ranging from pickup truck and school bus to flatbed and wrecker configurations. Price for even the most basic Mack Jr was nearly 25% more than a comparable Ford, not a great marketing position during the Great Depression. Sales ended after two brief years.

At the close of World War II, the Big 3 turned their focus from the production of military vehicles and planes to developing new products for the burgeoning middle class. Along with that came the introduction of new light trucks. In 1947 General Motors introduced new pickups under the heading of Chevrolet Advance-Design and GMC New Design. While styled more attractively, these two pickups were still built on the GM A platform from 1936, shared with Chevrolet, Pontiac and Oldsmobile automobiles. Engine choice was limited to a 216 CID inline six-cylinder motor. 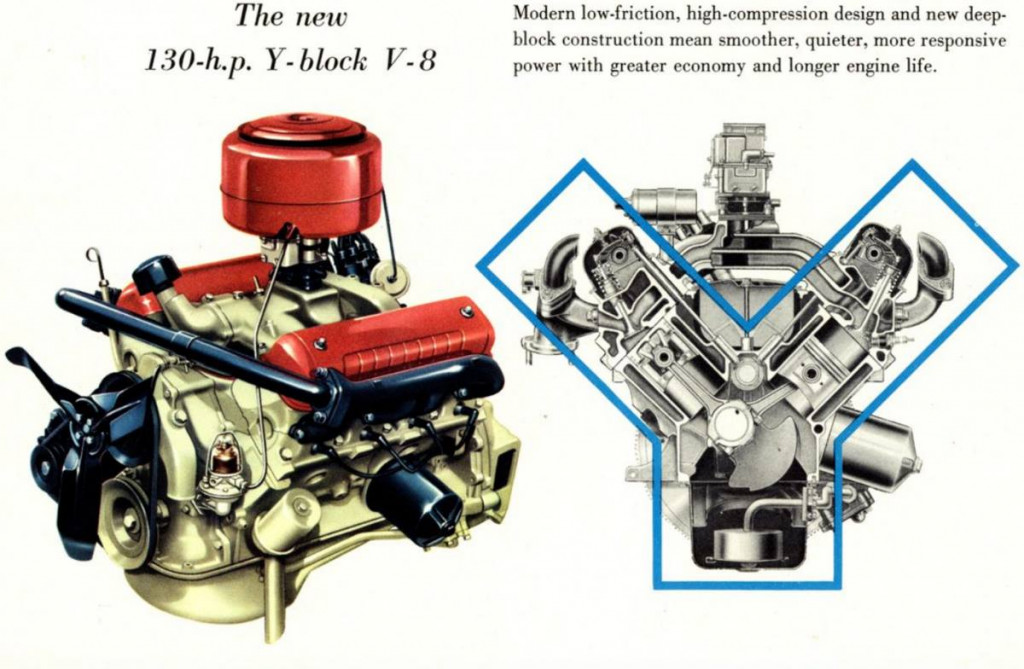 Over at Dodge, for 1948 the B-Series’ styling was updated, though could not exactly be called a breakthrough. It still featured a split windshield, while the front fascia had a clear dividing line with the fenders, the rear window was small and the rear fender featured a more traditional rear axle styling. Power came from an inline six-cylinder engine that dated back to 1924.

But Ford had a better idea. For their first new product after the war they set about to lead the market with their 1948 F-1 Bonus Built pickup. It was a completely new design from the ground up. Its frame was designed specifically for light truck use and no longer had any relation with passenger car chassis. Ford moved away from lever shocks to telescopic double-acting versions, touting them as ‘aircraft type.” These sealed dampers required no ongoing maintenance beyond the occasional replacement. An all-new third member was developed, tough enough to be installed in Ford’s medium truck chassis as well.

Ford’s million-dollar investment in a new cab produced one that the company described as “Wider! Longer! Taller!” Design features included wider doors, increased foot room and bench seats adjustable for both fore-and-aft and rake. The cab itself was mounted to the frame using isolation bushings at the front and lever-action torsion links in the rear. 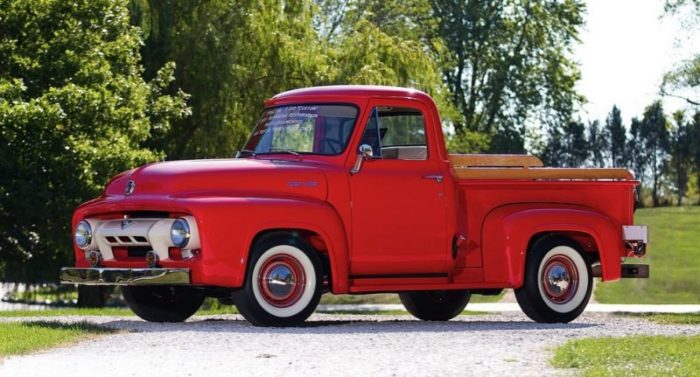 From a styling perspective, the 1948 Bonus Built Ford had it all over the 1948 Dodge B-Series. Ford offered brightwork on the grille and hood (a $10 option), along with front fenders that wrapped around to the front fascia. The rear fenders departed from previous style of a semi-circle to a design that integrates with the front fenders. Unique among its competitors, the Bonus Built features a curved, one-piece windshield, breaking one more connection to pre-war designs.

Unlike all of its competition, which only offered inline six-cylinder engines (and often in only one displacement) Ford offered three engines, one of which was its legendary 100 HP V8.

This all didn’t occur by accident. Henry Ford II had his sights set on overtaking Chevrolet in total production (car and truck). The largest difference between the two companies was in Chevrolet’s outsized light truck market share. To surpass Chevrolet Ford needed to beat it in light truck sales.

The Ford F-1 was also offered in Canada under the Mercury brand. As Canada was so sparsely populated, many towns couldn’t support both a Ford and a Lincoln Mercury dealership. To make certain that Ford of Canada was able to sell the new truck coast-to-coast the badge-engineered Mercury M-1 was created.

While Ford’s intent all along was to create a more rugged and comfortable truck for commercial operations, consumers with light hauling duties soon began purchasing the F-1 Bonus Built for their own needs. Horse owners who only needed the load capacity to carry a few bales of hay were attracted to the F-1 not just for its capabilities but for its style and comfort as well. Now driving a truck into town didn’t necessarily mean you were a farmer or a ranch hand, as the ranch owners were trading in their sedans and coupes for Ford Bonus Built pickups.

By 1953 this had become a trend and Ford stepped up to the plate. In that model year, the F-1 become the F-100 to commemorate Ford’s 50th anniversary (I don’t understand the math either). A reported $30 million was spent on a redesign and resultant retooling that included what was perhaps the first full ergonomics study. Now available were luxuries like a wrap-around windshield, large back window, insulated roof, interior lighting, arms rests, sun visors and a radio. The facia had become more stylized with the grille now surrounding the headlights. In 1953 the F-1 Bonus Built had closed the gap greatly between Ford and Chevrolet in half-ton pickup sales. Ford and International were both minor players.

In 1954, the Flathead V8 was replaced by the new 130 HP OHV Y-block V8 engine in a 239 CID capacity, the first ever in a light truck. Features included items that turned the F-100 from a work truck to a vehicle anyone in the family could drive such as a reduced turning radius, vacuum brake booster, Ford-O-Matic automatic transmission, and the MagicAire heating and ventilation system.

These conveniences, all intended to make delivery drivers more efficient through easy access, improved comfort and reduced operating costs all lead to the totally unexpected outcome of the half-ton pickup truck becoming the most popular vehicle sold in the United States today, with Ford pickups in a continued leadership position.

This article, written by Art Michalik, was originally published on ClassicCars.com, an editorial partner of Motor Authority.