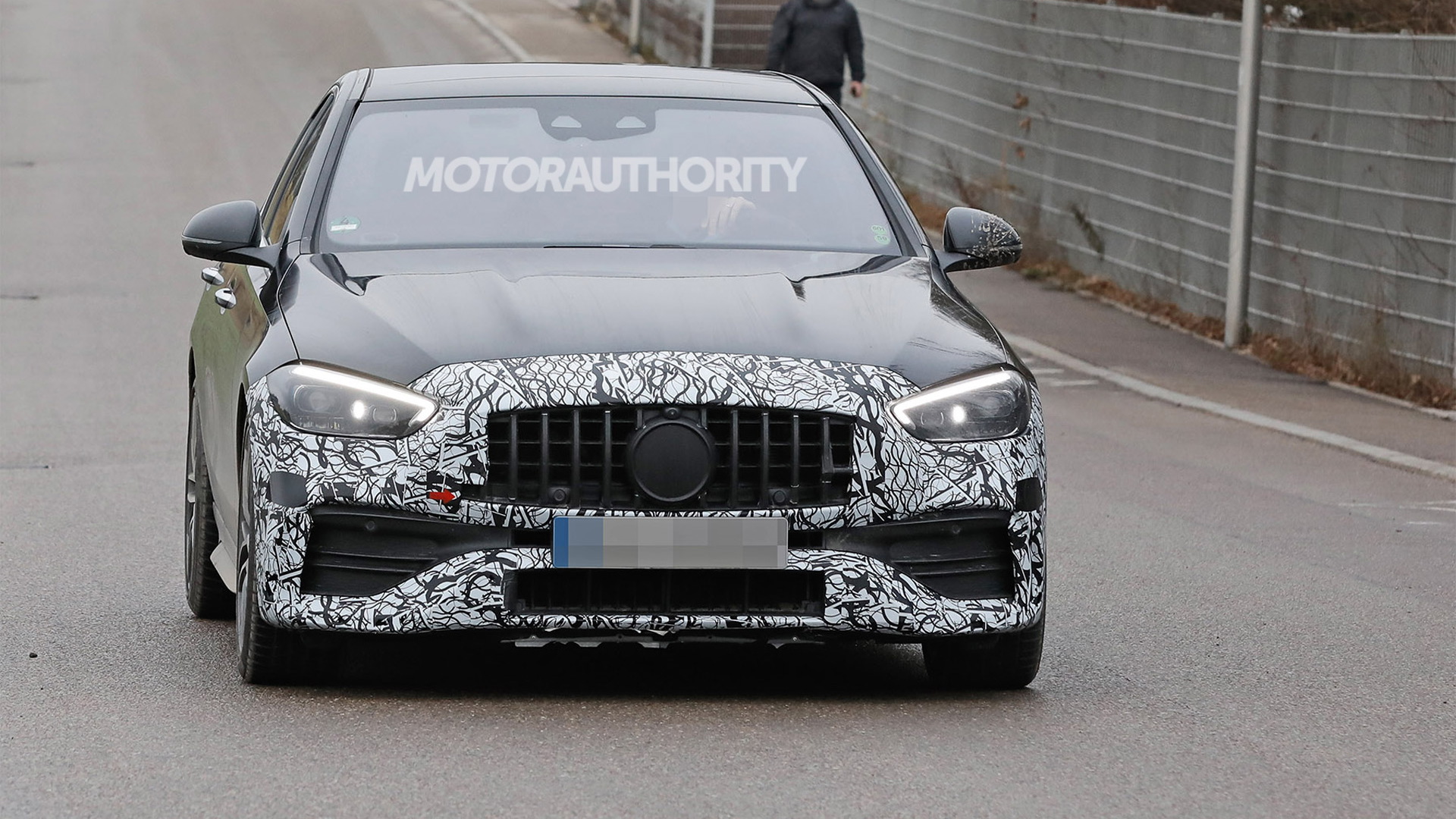 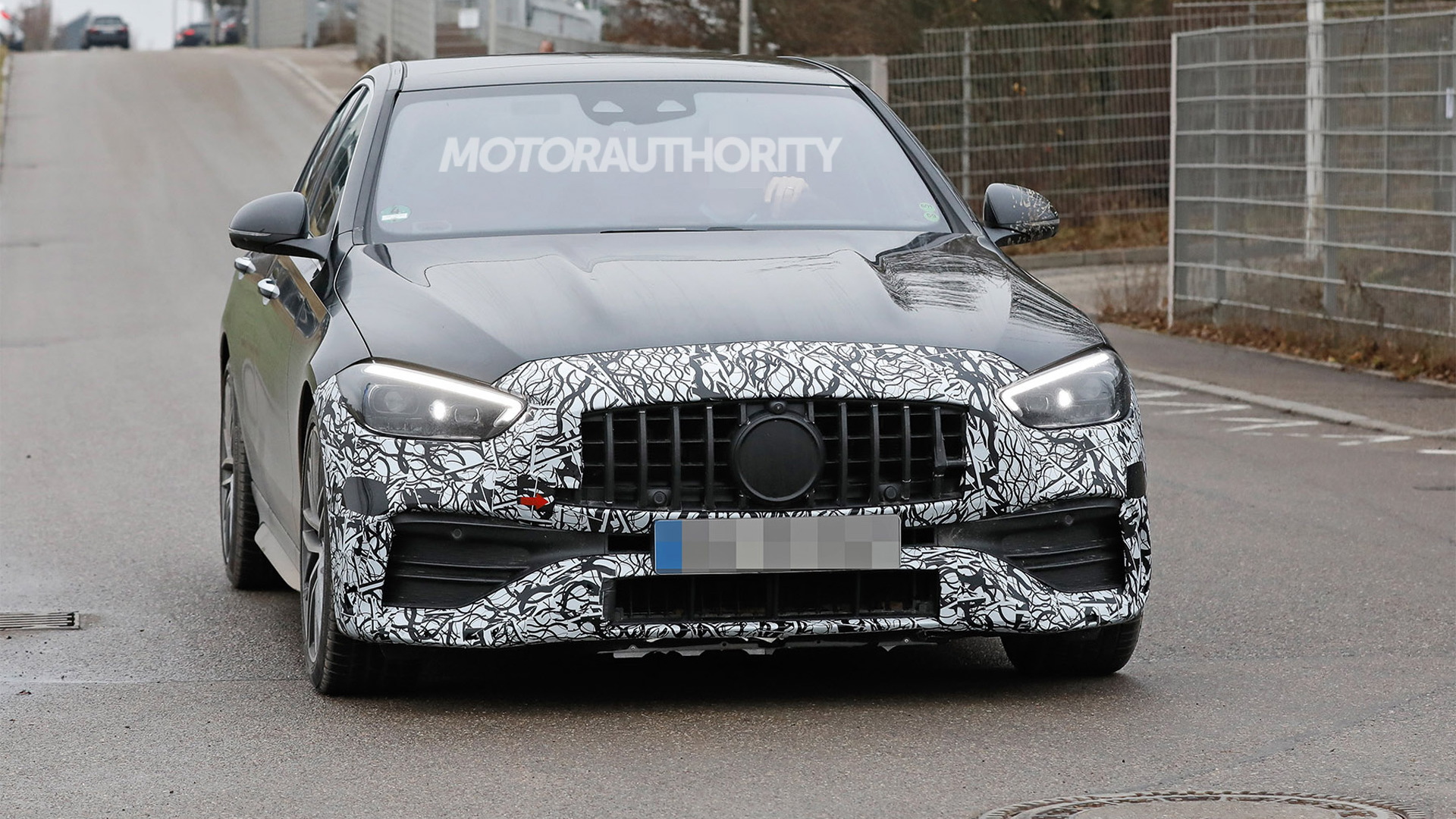 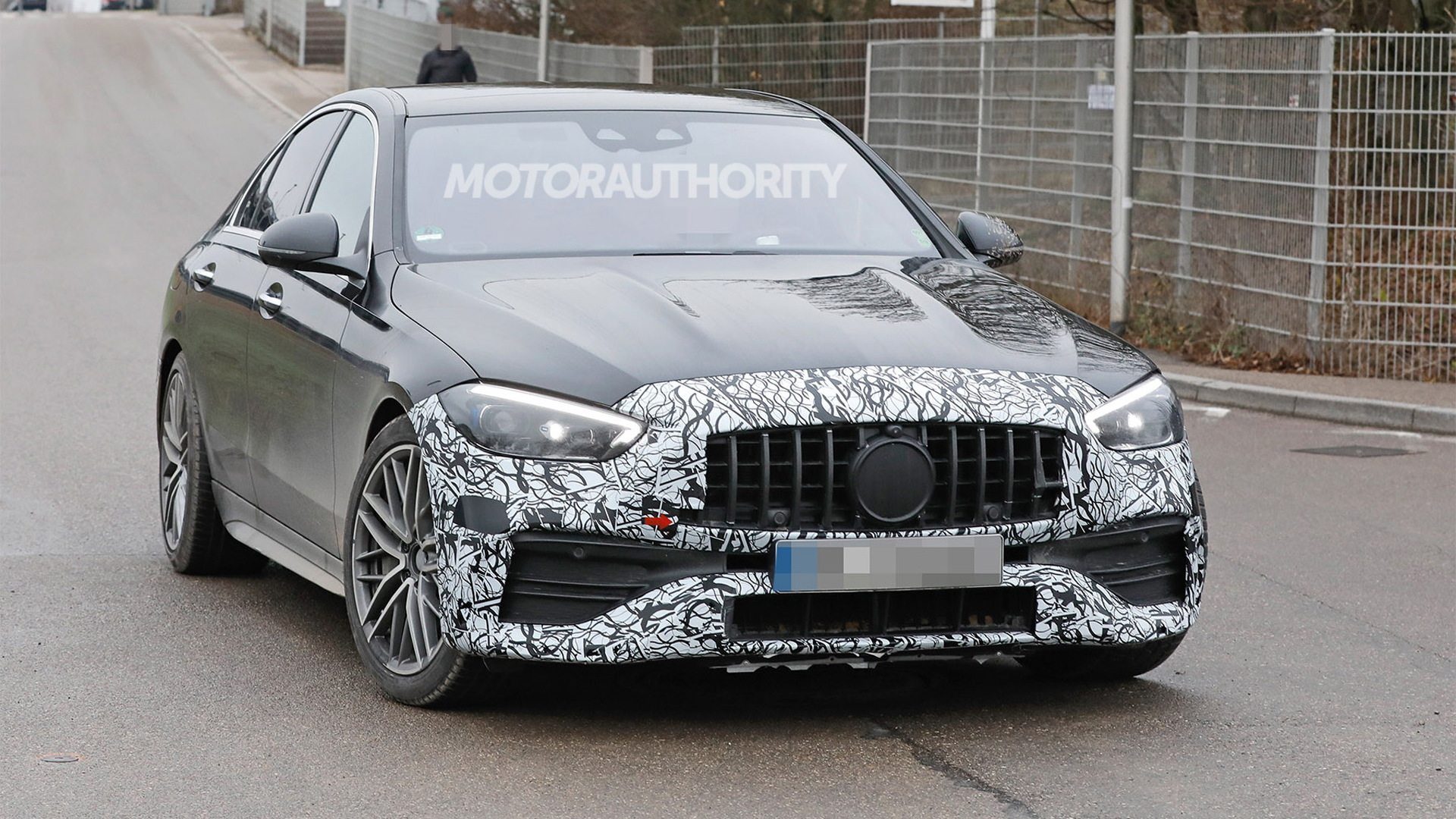 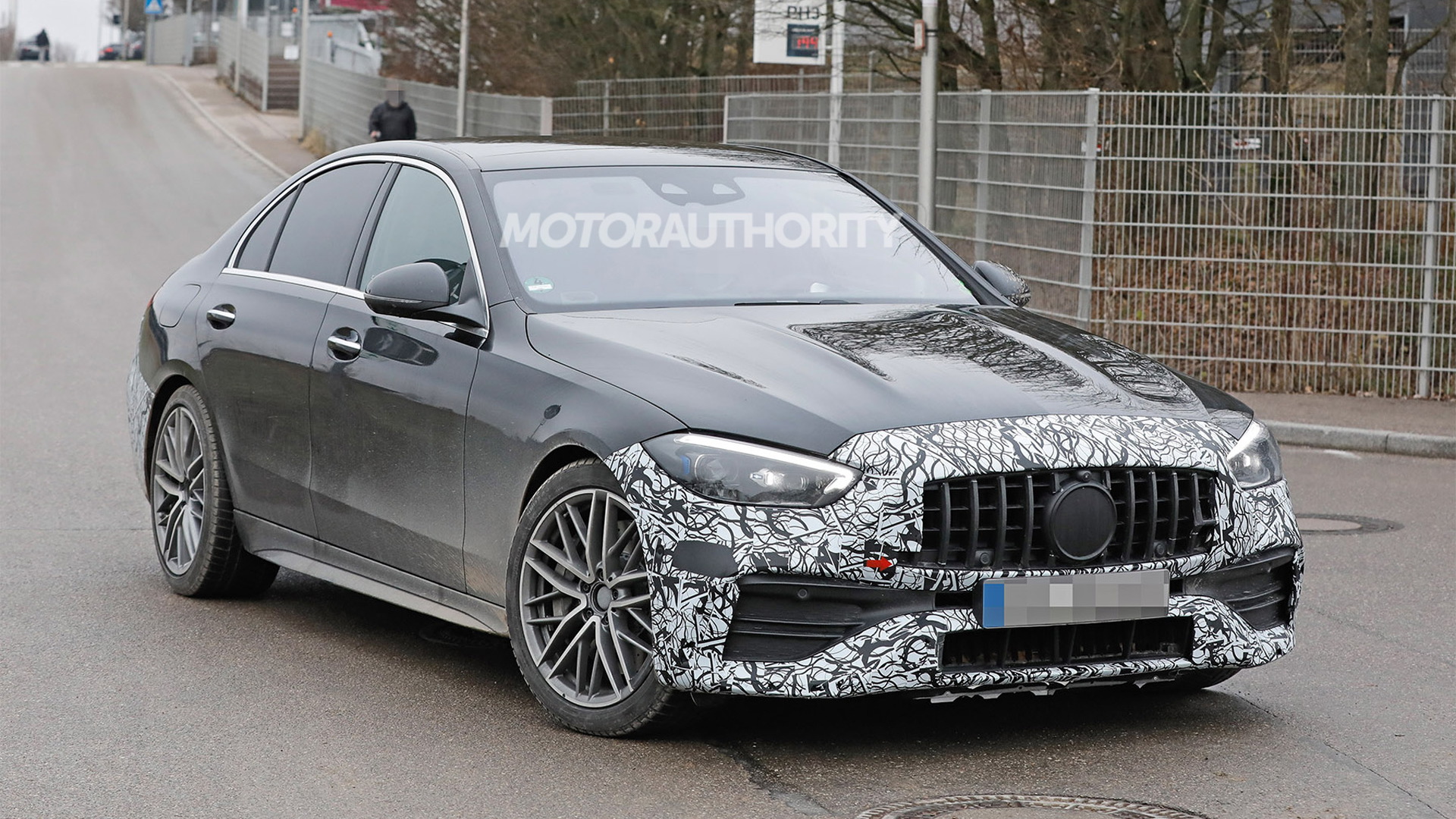 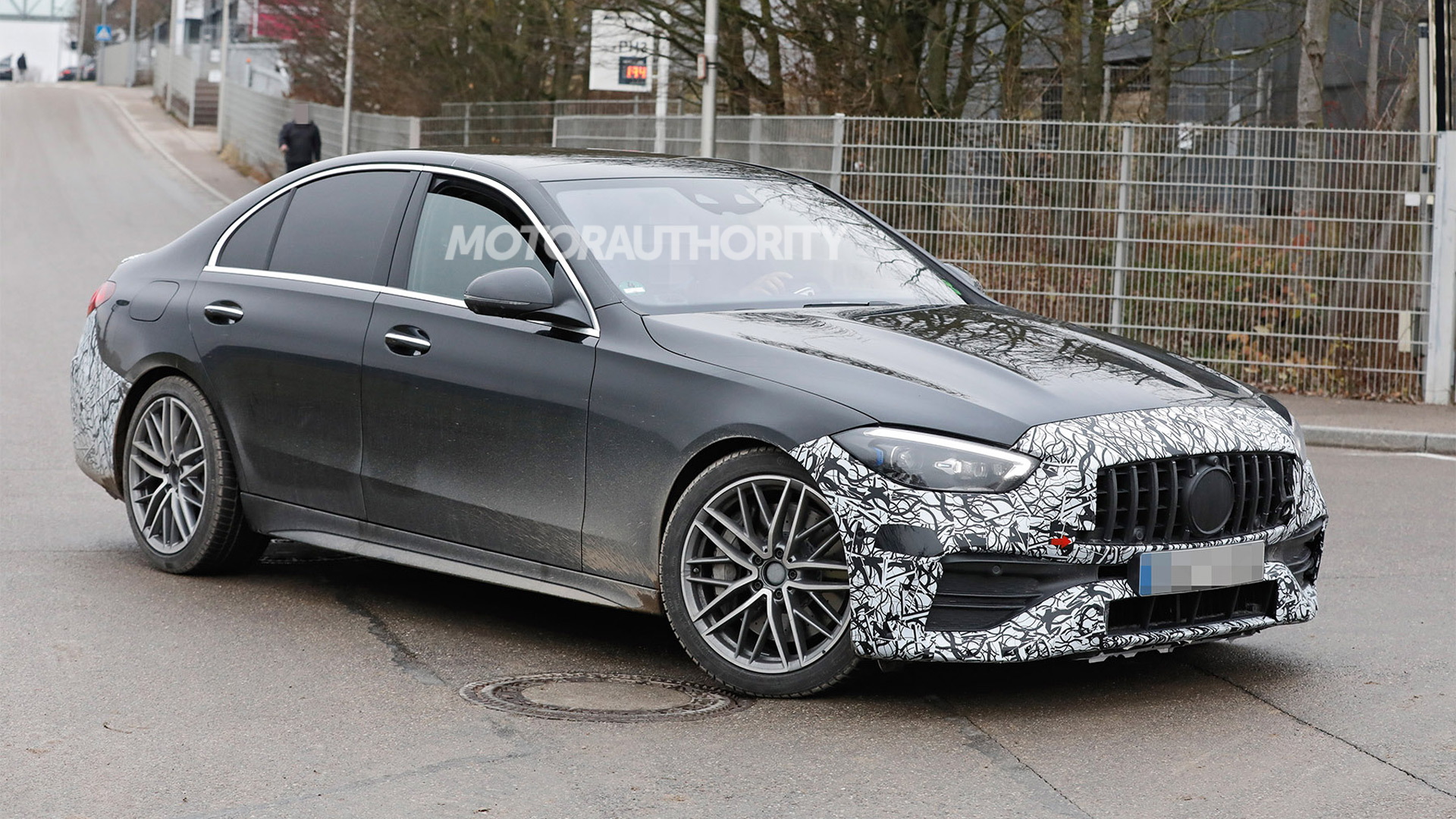 Mercedes-Benz has a redesigned C-Class coming to showrooms early next year as a 2022 model, and once again the nameplate will offer high-performance versions developed by Mercedes-Benz AMG.

This time around a C53 is expected to fill in for the current C43 while a C63 will continue to sit at the top of the range.

Our latest spy shots show a prototype for the new C53. It should debut early next year as a 2022 model. The new C63, which is also out testing in prototype form, should arrive six months to a year further out.

We know this is the C53 because of the four round exhaust tips at the rear, the Panamericana grille up front, and the large, cross-drilled brake rotors at the front axle. Prototypes for the new C63 have a more aggressive front fascia, square-shaped exhaust tips, and better brakes, possibly even carbon-ceramic rotors.

The C53 will have a version of AMG's 2.0-liter turbocharged inline-4 found in the tuner's compact range. It delivers as much as 416 hp at present, eclipsing the current C43's 385 hp, and we could see even more power in the C53 if some form of electrification is added, which is likely.

The C63 will feature this same engine paired with a complex hybrid system comprising a rear-mounted electric motor, and pack a combined output of up to 643 hp, which is well above the current model's maximum 503 hp. There will be a weight penalty though of about 550 pounds, due to all of the hybrid hardware.

A 9-speed automatic and all-wheel-drive system will complete the mechanical package on both the C53 and C63.