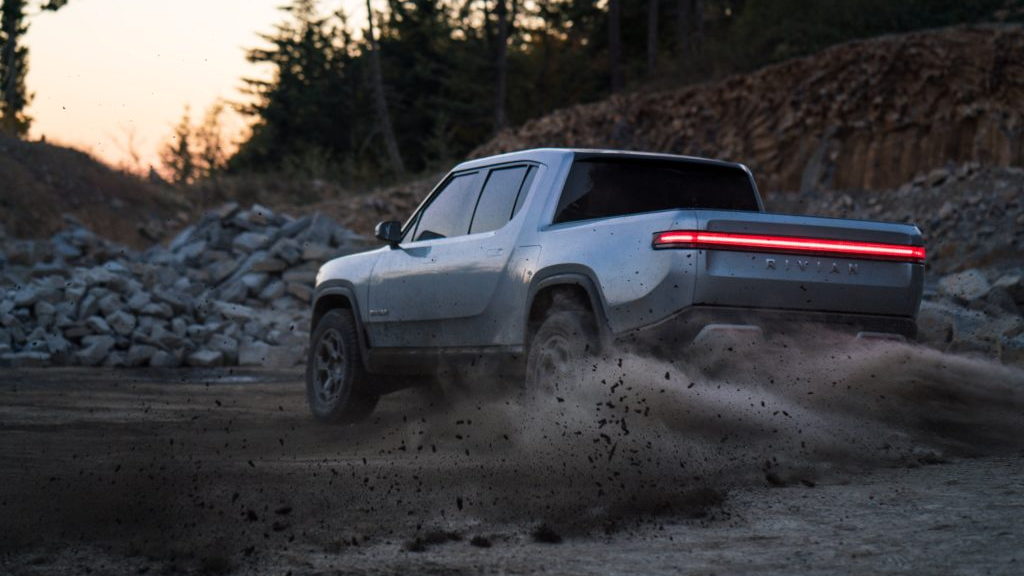 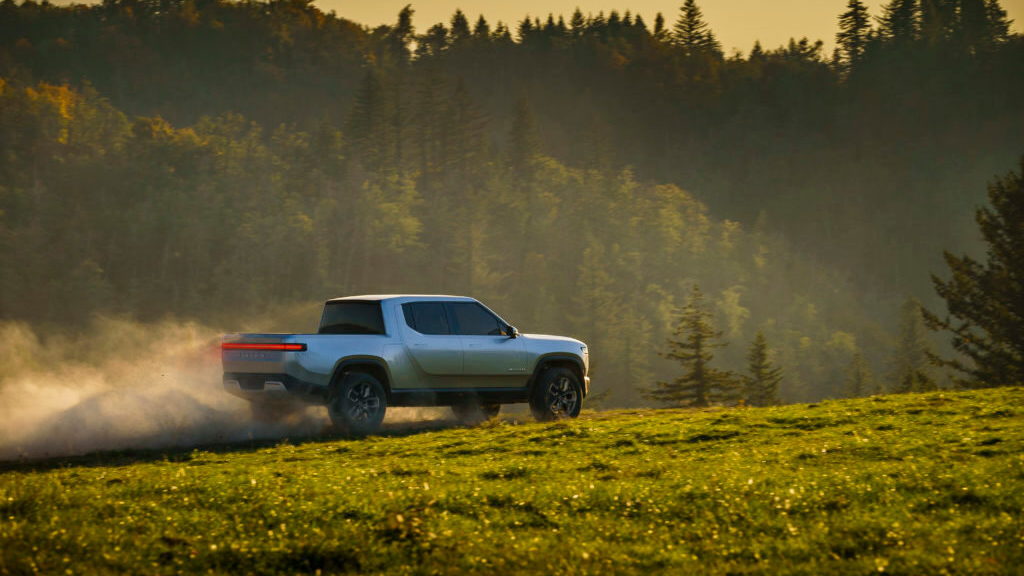 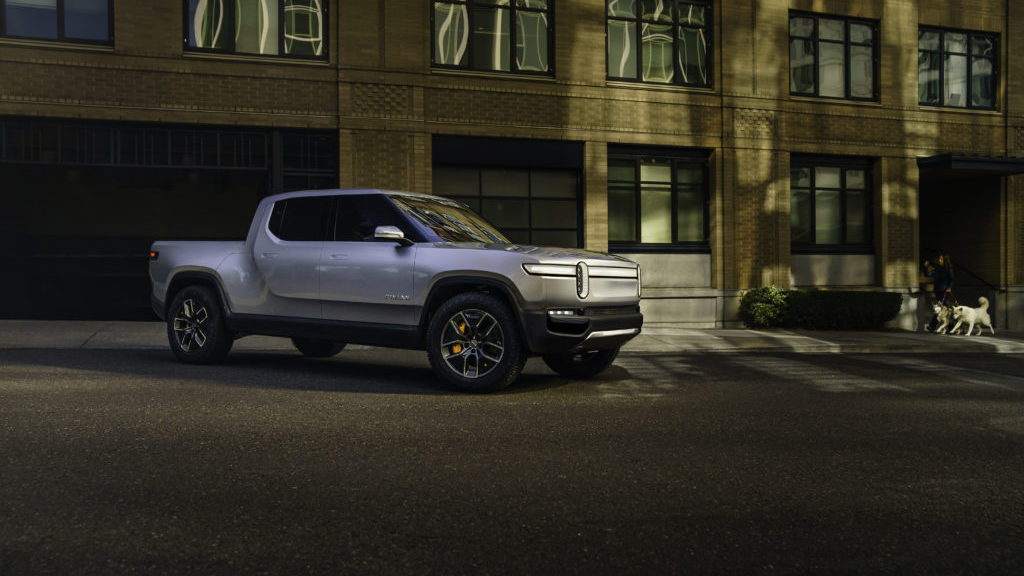 When it enters production in 2020, Rivian's R1T battery-electric pickup truck might have a different tailgate design to what you'd normally find on a pickup.

A patent filed by Rivian in the World Intellectual Property Organization database shows a tailgate with two methods for lowering.

One method is your standard motion where the tailgate rotates around hinges at the edge of the bed, allowing it to drop down 90 degrees. The downside of this is that you need to arch over to reach items in the bed, since the tailgate prevents you from getting closer. It also requires more space behind the vehicle in order to lower.

Diagram from Rivian's patent for “Swing and drop tailgate”

The second method sees the tailgate swing down vertically via a linkage. This solves the issue of the first method, though it raises the issue of what happens if there is a trailer being hitched. Rivian said the design could also feature latches that may constrain or prevent motion of the tailgate, presumably for a situation like this.

Some pickups sold overseas already feature tailgates that can rotate a full 180 degrees. Rivian also showed such a design on the R1T when the pickup debuted at the 2018 Los Angeles Auto Show. We should remind you that just because Rivian has filed a patent for an alternative tailgate design doesn't mean we'll see it on the R1T when the truck enters production, as companies often file patents simply to protect a design.

When it comes to alternative tailgate designs, the prize undoubtedly goes to Tesla with its Cybertruck. The oddball pickup truck unveiled in November featured a tailgate that can not only rotate downward but can also extend so that it becomes a ramp, upon which you could roll up recreational vehicles like dirt bikes or even an electric quad that Tesla might offer as an option for the Cybertruck.