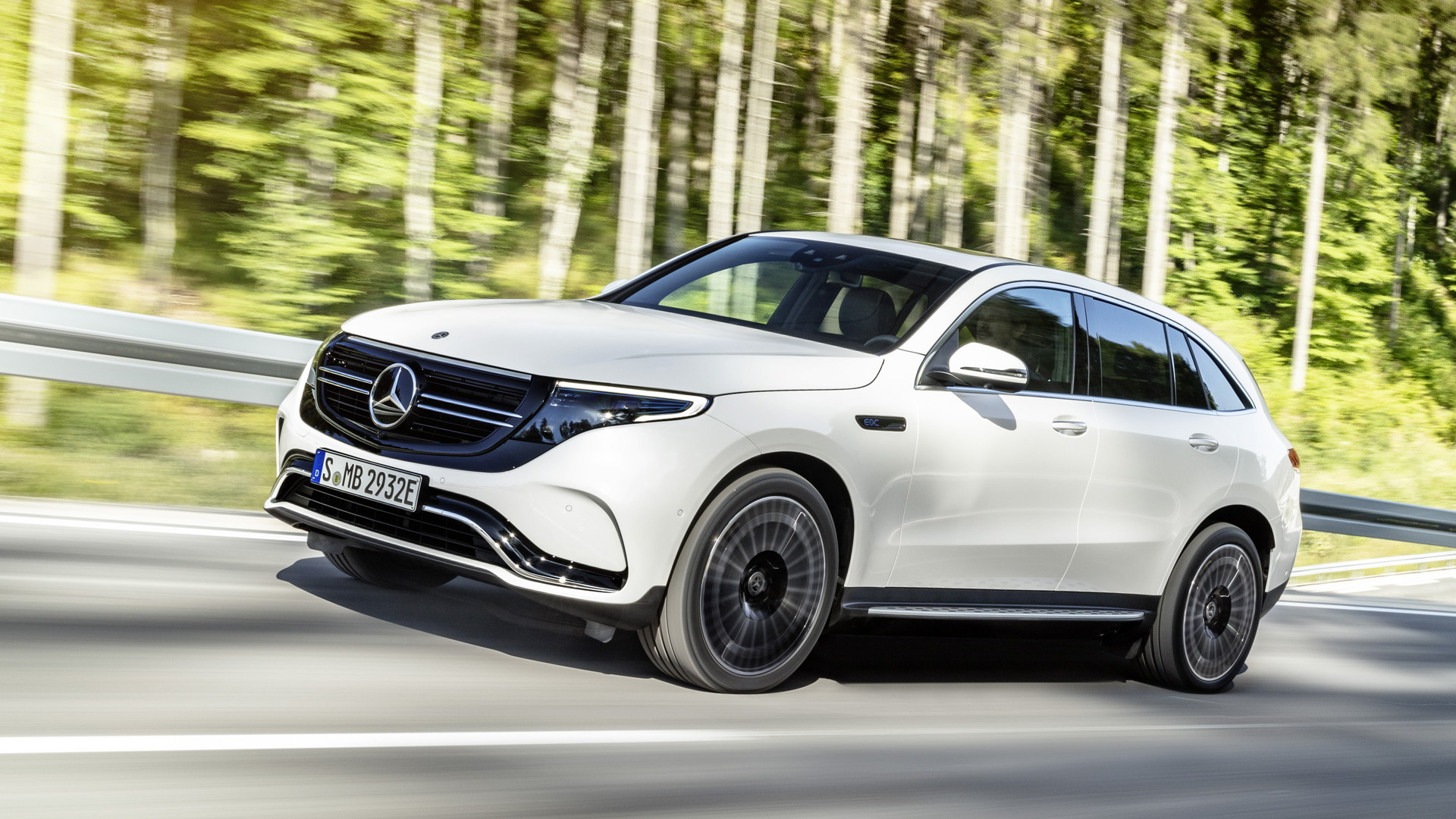 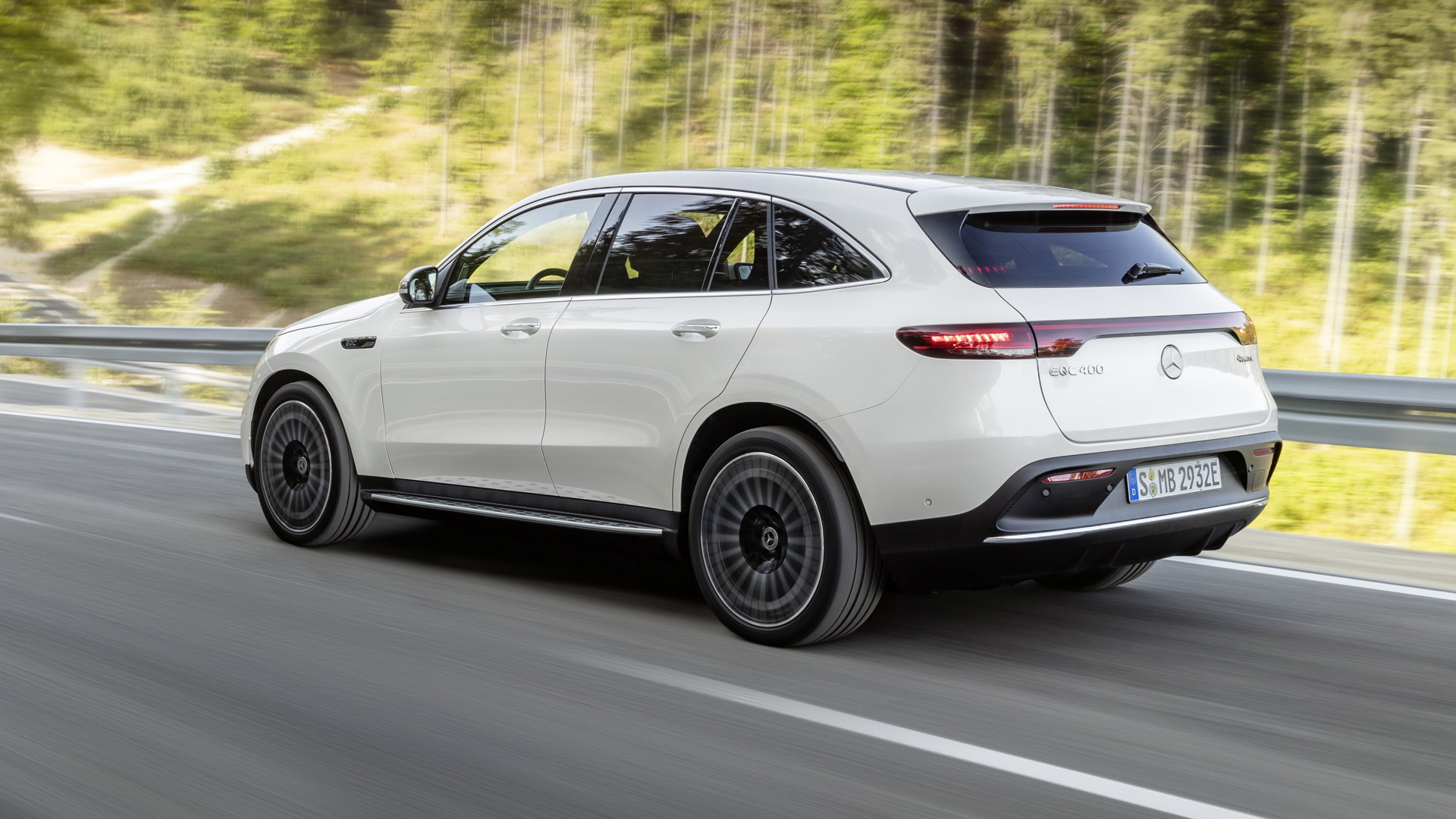 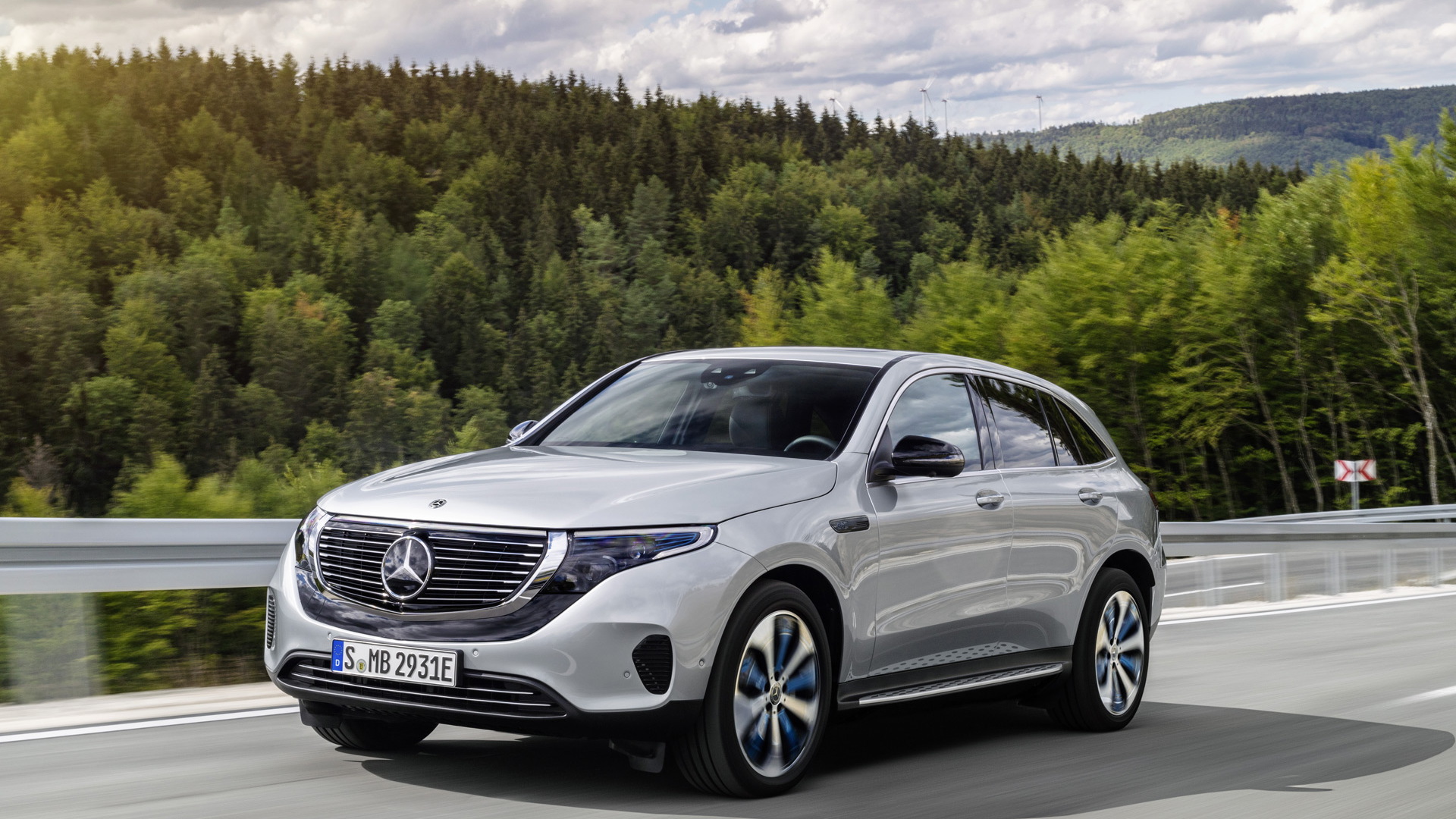 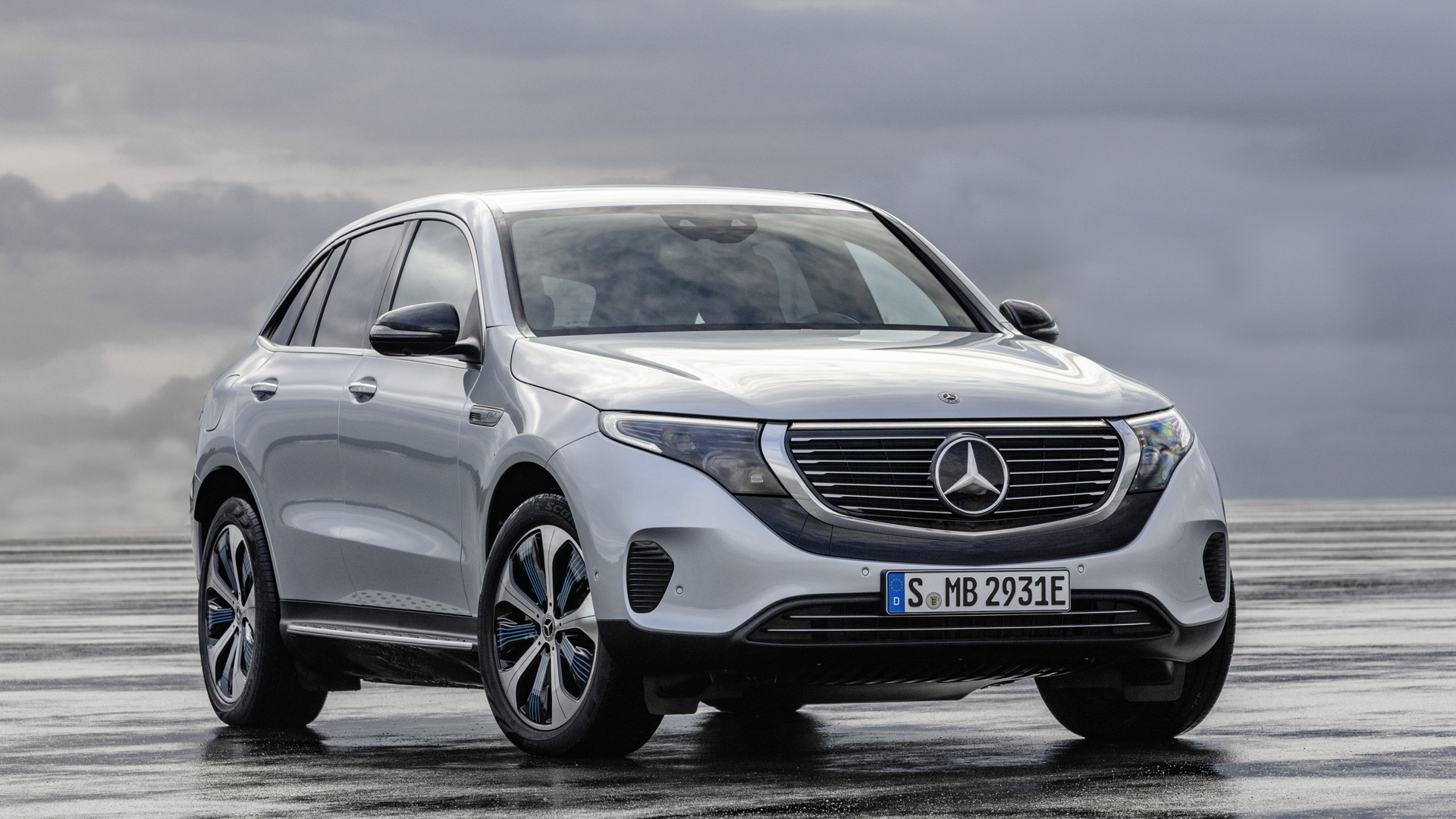 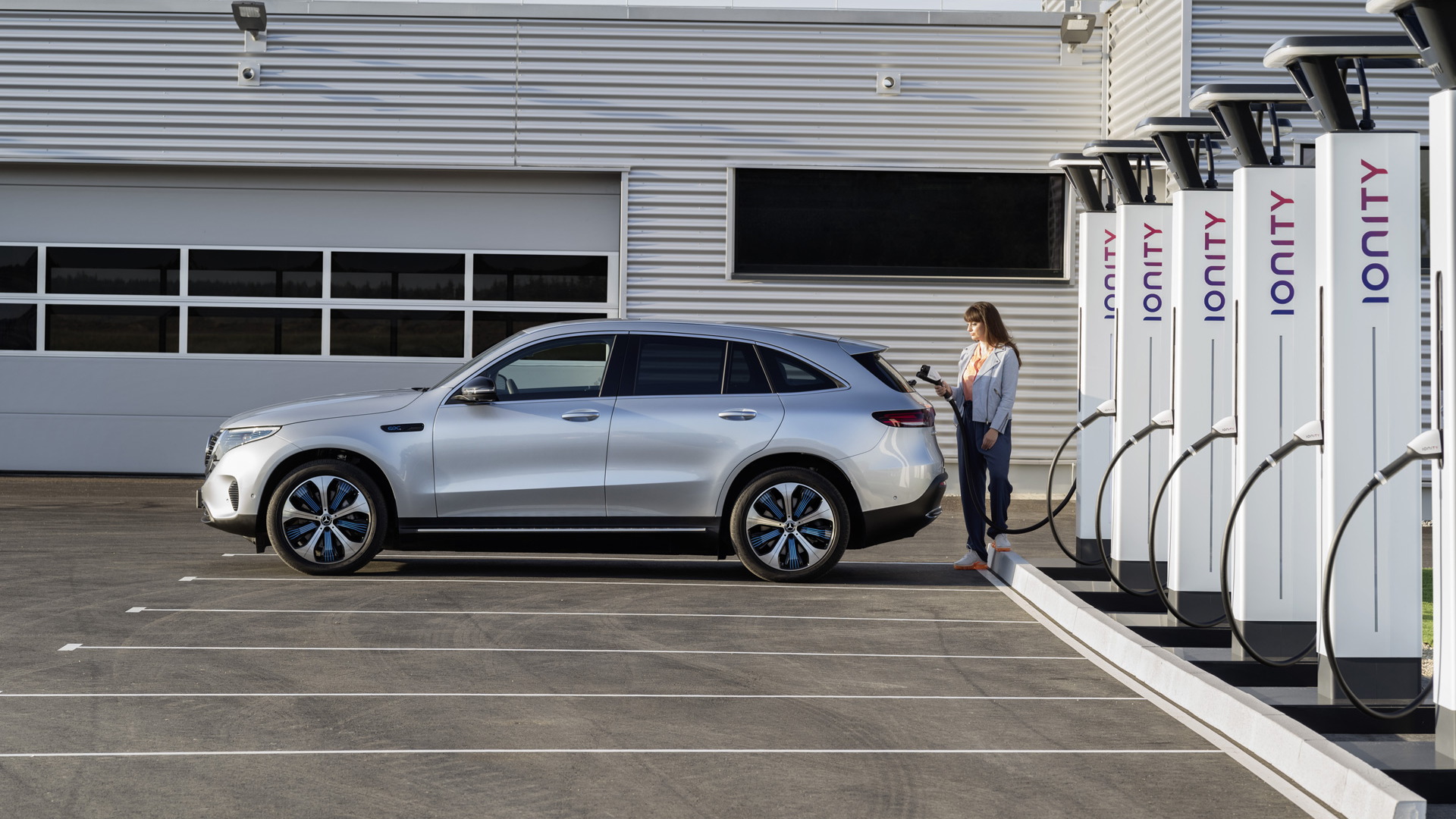 Mercedes-Benz will launch itself into the electric crossover market with its 402-horsepower EQC early next year, the company announced Wednesday. The price of entry for Stuttgart's new luxury EV will be $68,895, including destination.

The 2020 EQC 400 is powered by a dual-motor electric powertrain with 402 horsepower and 564 pound-feet of torque. The front motor is the dominant one, responsible for propulsion under normal circumstances. When full power is called for, extra juice is sent to the rear. Both motors are connected to single-speed transmissions, and when the accelerator is put to the floor, the EQC will crack off a 0-60 run in under 5.0 seconds.

Juice comes from an 80-kilowatt-hour lithium-ion battery which should store enough power for 200 miles of range on a single charge. The rival 2019 Jaguar I-Pace promises 240 miles from a 90-kwh battery, though real-world experiences peg its practical range a bit on the low side of that figure.

Audi also beat Mercedes-Benz to market in this segment with its new E-Tron, which boasts a similar range of 204 miles per the EPA. The BMW iX3 and Tesla Model Y will also compete in this segment; both are due in 2020.

Like other new models in the Mercedes lineup, the EQC will include the company's A.I.-based MBUX multimedia infotainment system, which can accept a wide variety of inputs, including voice, touch and gesture. MBUX has been customized for the EQC to integrate all of its EV features.

For the EQC, MBUX has a separate category for connected EV functions. This category also interfaces with the EQC's navigation system, allowing drivers to locate charging stations, verify the availability of individual chargers, and initiate the charging process all from the interface itself. The only additional step required is physically connecting the plug.

The EQC will be available in three trims: Progressive, Premium and Advanced. Mercedes is keeping the build options fairly simple at launch. The Progressive and Premium tiers will be available with just two paint and upholstery options; the Advanced will be offered with three of each.

Look for the 2020 EQC to hit showrooms early next year.