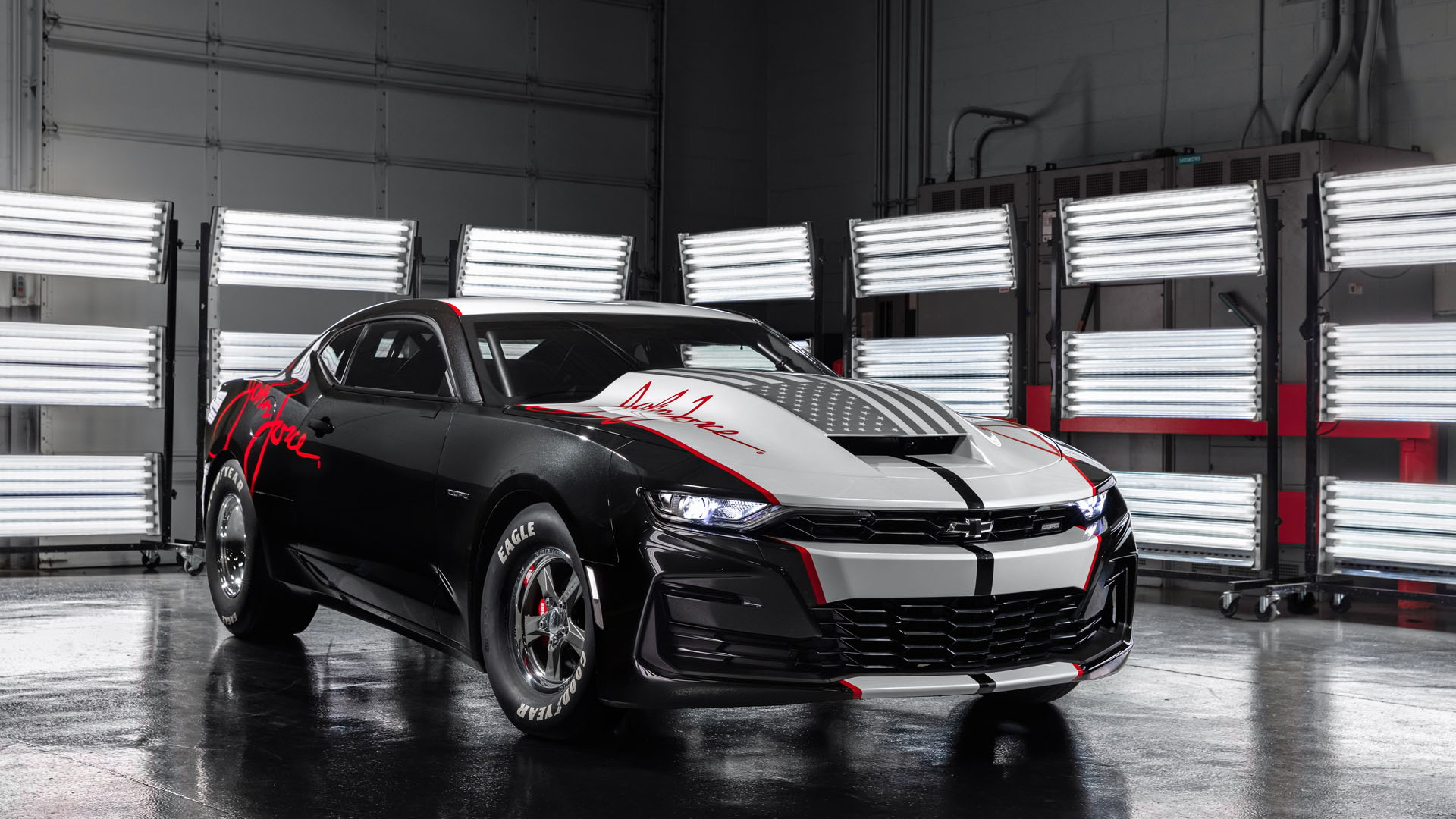 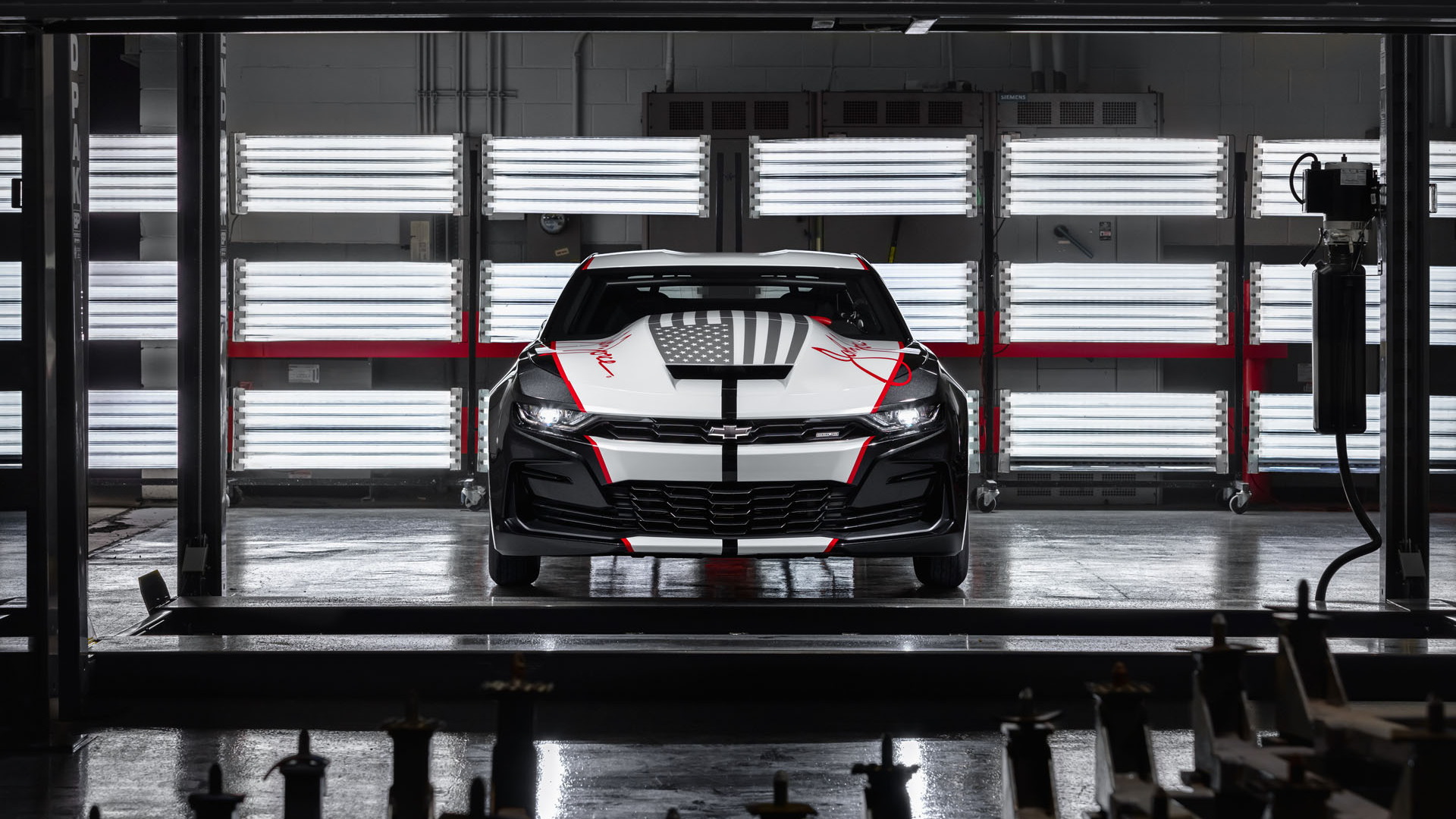 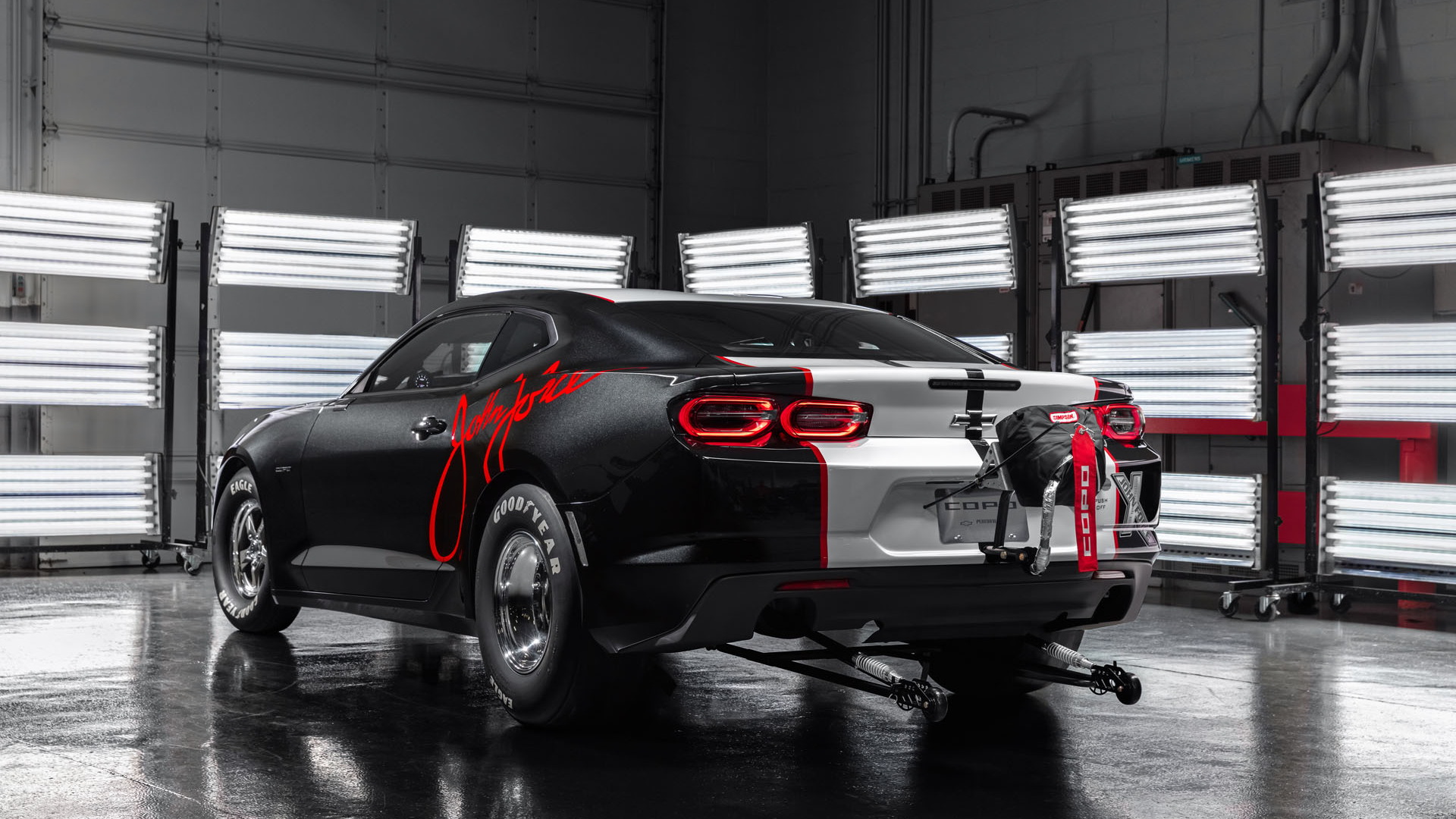 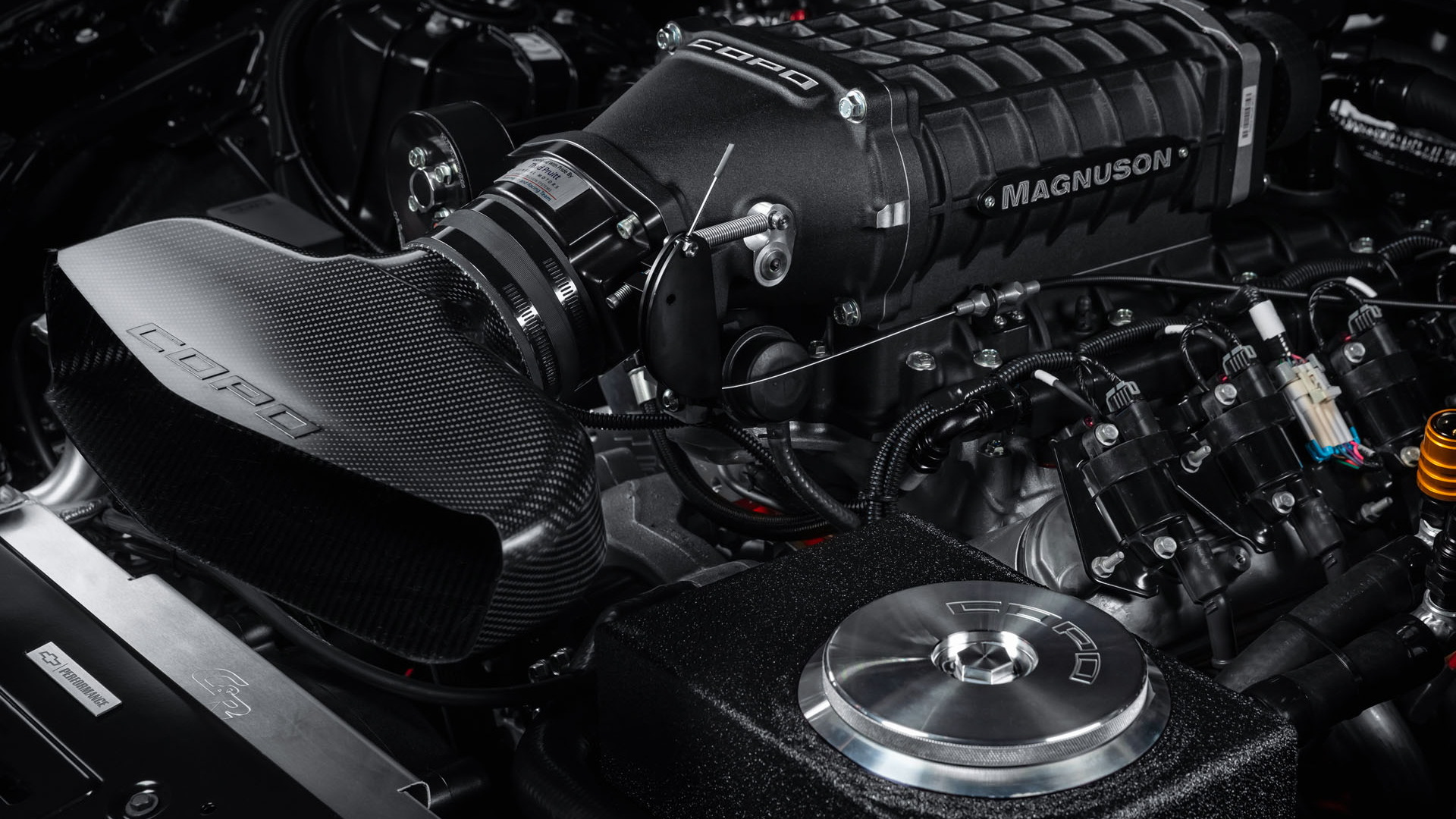 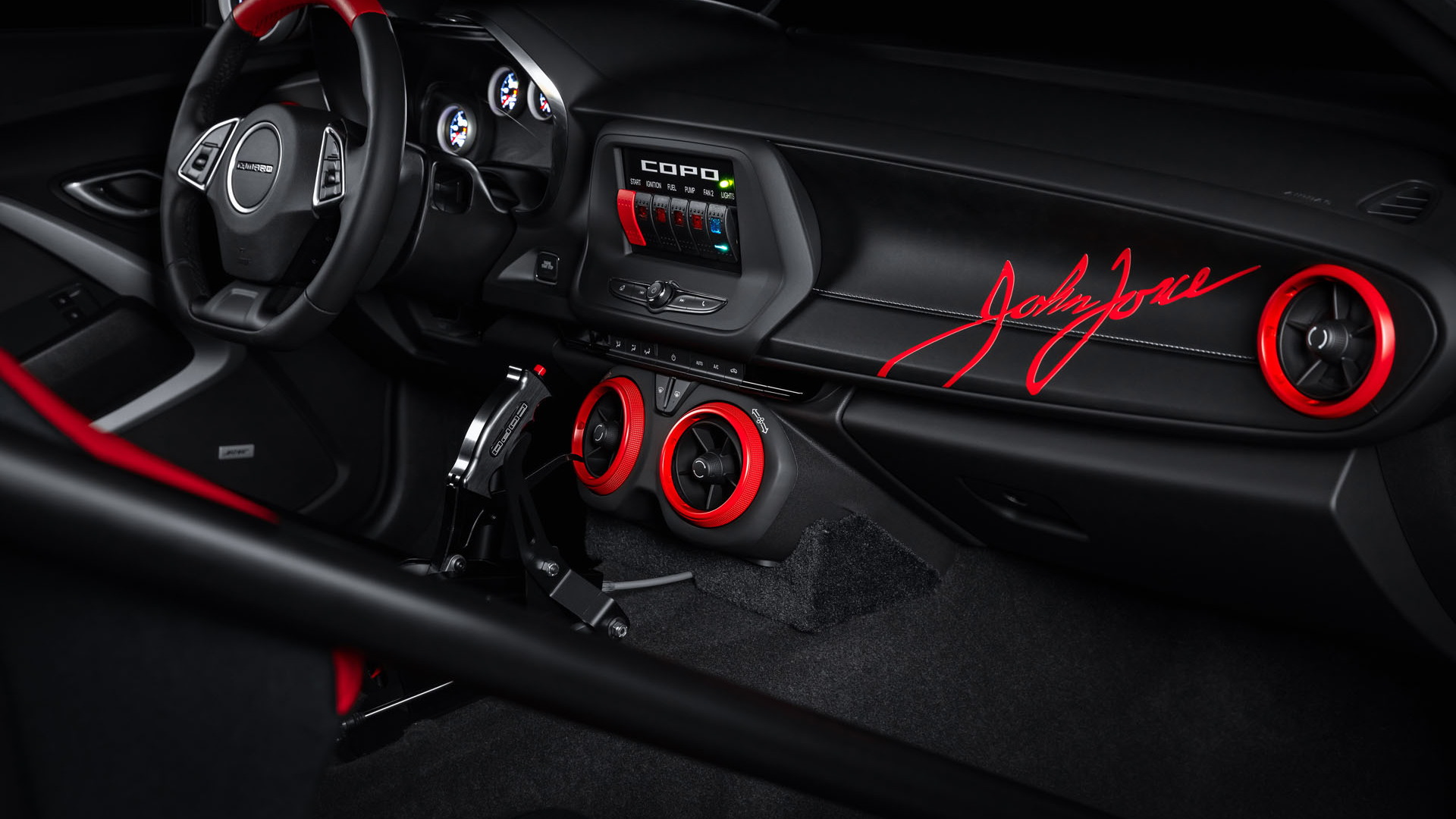 Chevrolet will send yet another of its COPO Camaros to auction this year, but not before it wows the audiences at this week's SEMA show in Las Vegas.

Meet the 2020 COPO Camaro John Force Edition, which was unveiled on Tuesday at SEMA, where it was also announced that the dedicated drag racer will cross the stage at the 2020 Barrett-Jackson Scottsdale auction next January. Proceeds from the sale will go to support DonorsChoose.org.

This particular COPO model sports a LS-series 350 small block with a 2.65-liter Magnuson supercharger and all-new LSX-SC cylinder heads. 16-time NHRA champion racer John Force lent his design talents to the build, and it carries a "2020COPO-FORCE" plaque to denote its unique place in the COPO hierarchy.

"John Force is one of the most legendary drag racers in history, and his legend started with Chevrolet," said Jim Campbell, General Motors' performance and motorsports boss. "We are proud to partner with him on this one-of-a-kind COPO Camaro and are excited to see what it will do on the auction block for charity."

Only 69 COPO Camaros are built each year, commemorating the original 1969 model which made the factory-order race program famous. Chevrolet celebrated 50 years of COPO with the 2019 model, which was joined by Chevy's 700-horsepower, 9-second electric eCOPO concept last year. That car was recently on the market and may still be available.

Fear not: This charity special doesn't count against the total production run of COPO Camaros for 2020. Build slots are chosen by lottery, and hopefuls can register at Chevy's dedicated web site if they want a chance to order their own.