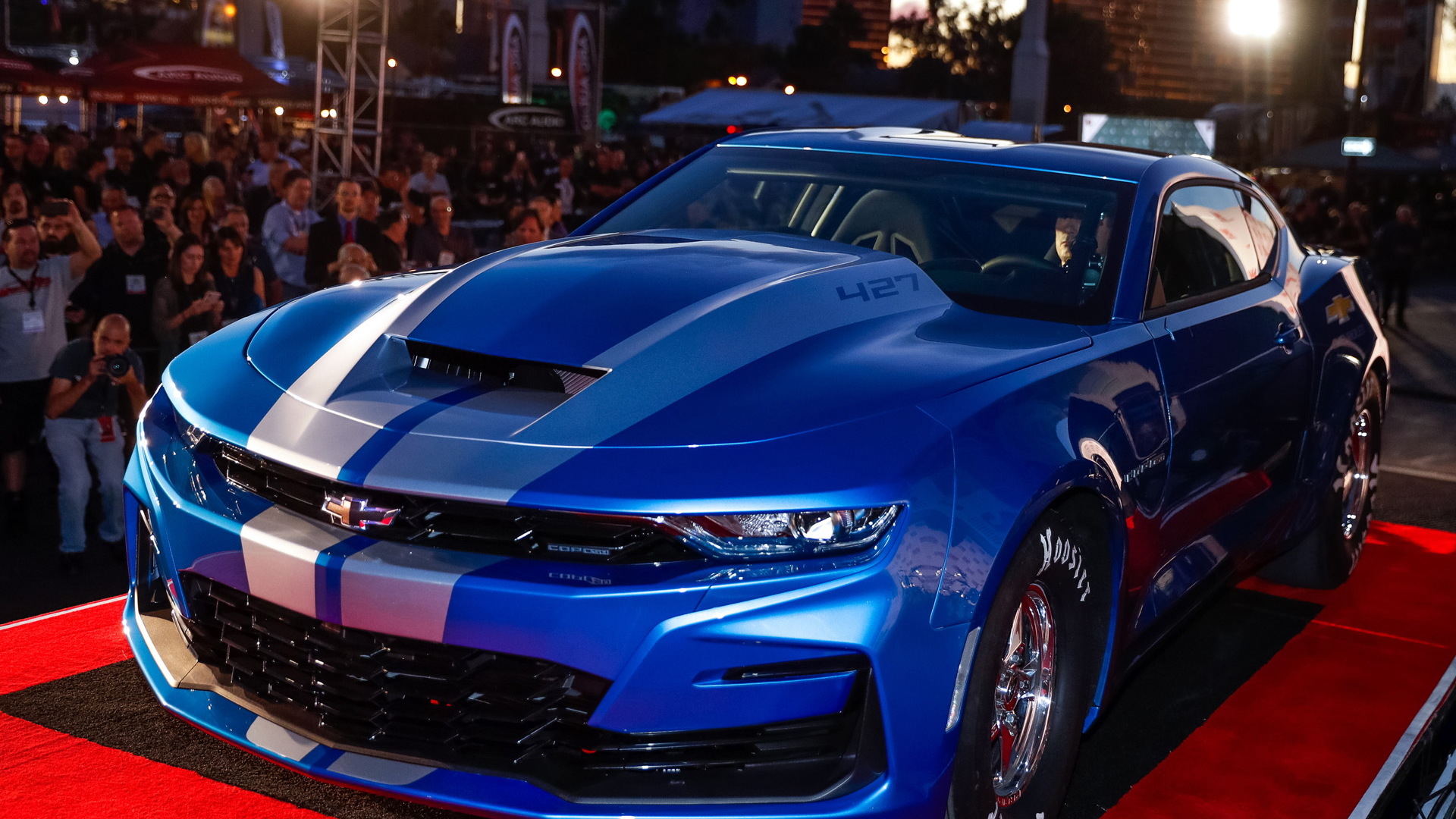 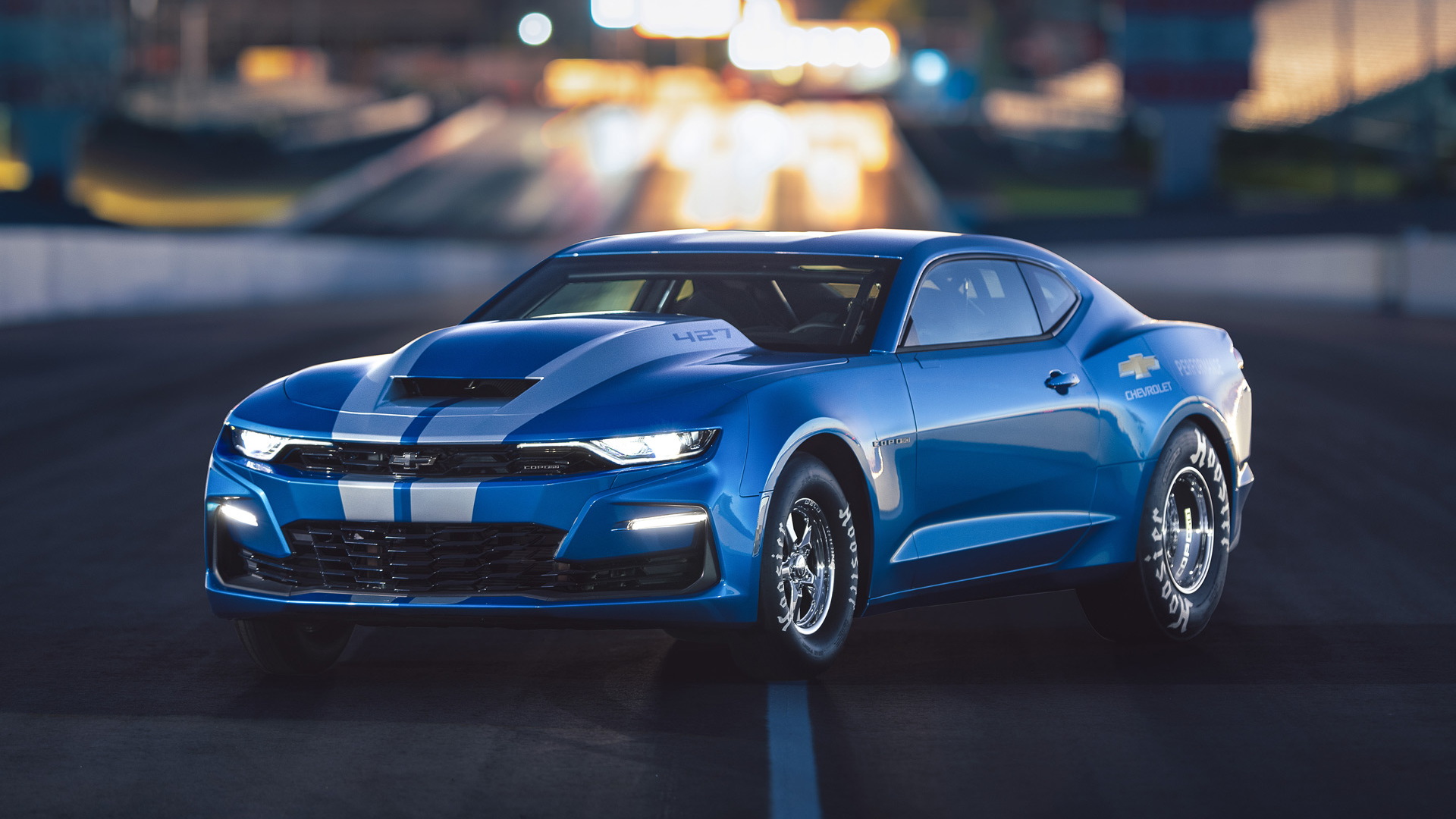 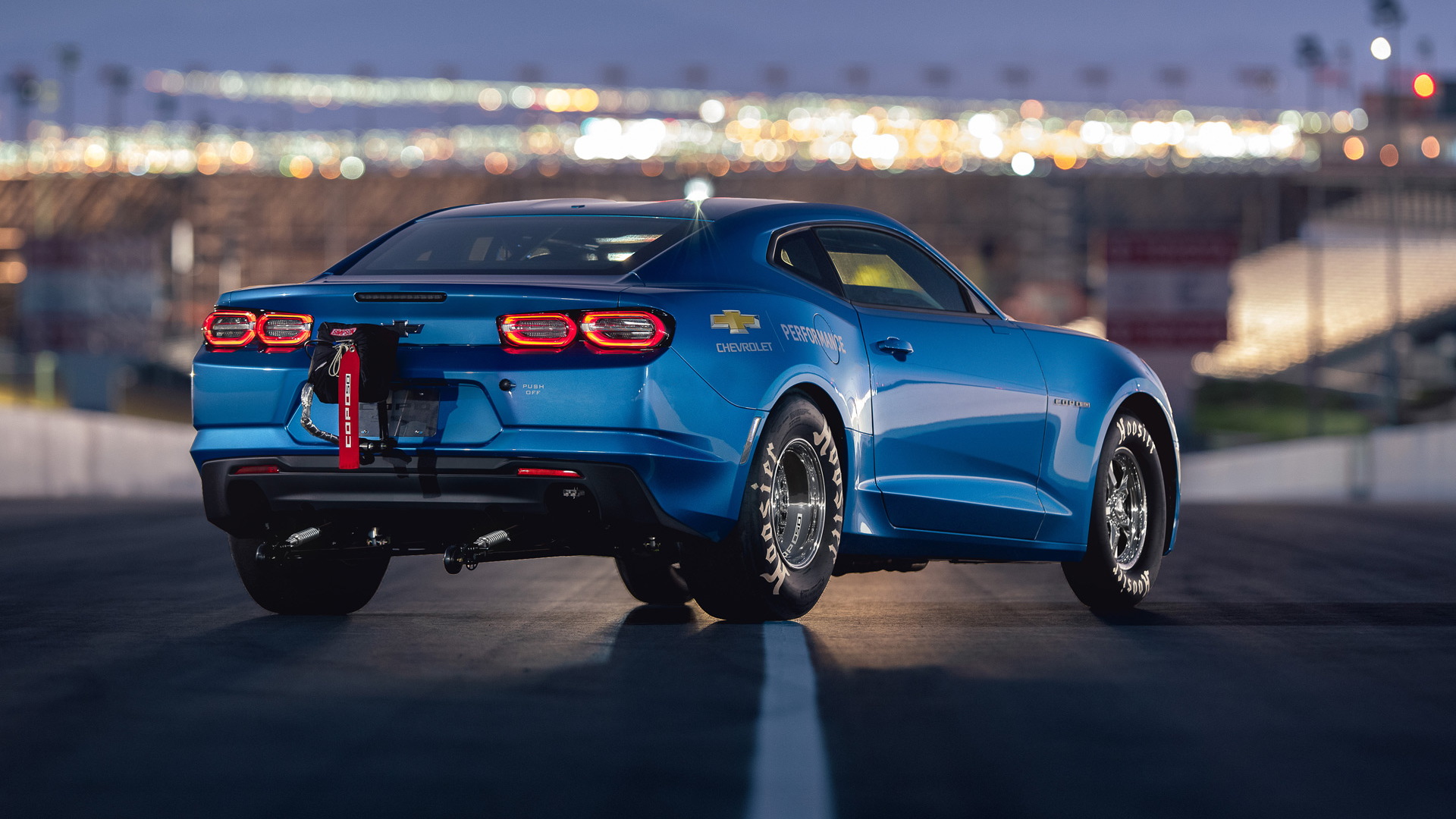 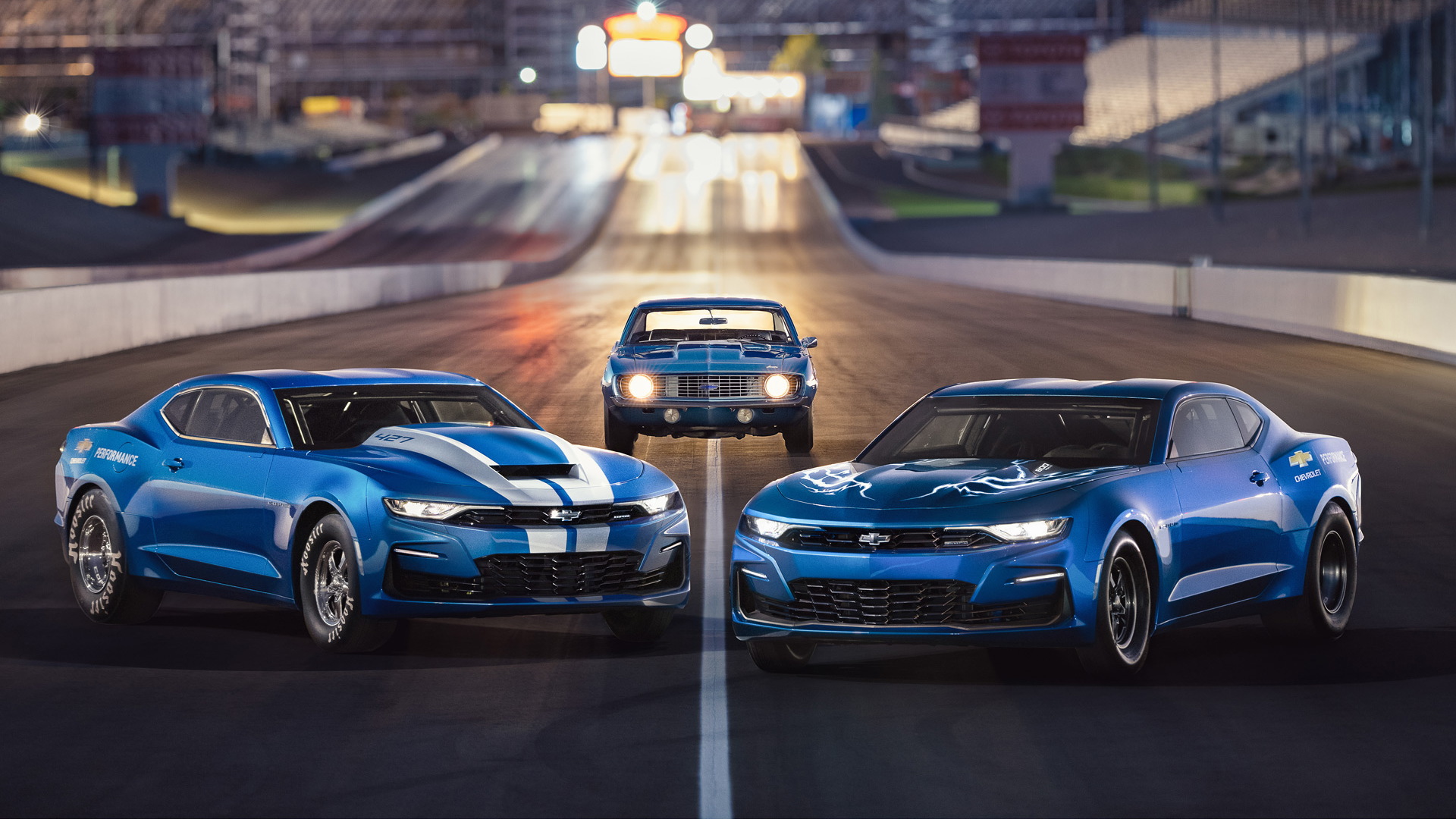 Chevrolet's COPO Camaro dragstrip hero turns 50 next year, and the Bowtie brand is celebrating with its 2019 COPO Camaro.

Unveiled late on Monday ahead of the formal debut Tuesday at the 2018 SEMA show in Las Vegas, the 2019 COPO Camaro will be available with special 50th anniversary touches that mimic the original 1969 COPO Camaro (shown below).

The special touches include a blue exterior finish that pays homage to the 1969 model's Laguna Blue hero color. There are also custom graphics and an engine package with an orange block, chrome valve covers, and a black high-rise intake manifold, once again mimicking the elements found on the original car.

The engine package is designed for the 2019 COPO Camaro's available 427 V-8 engine. Other options include a 350 V-8 with a 2.65-liter Magnuson supercharger and a 302 V-8 related to the 6.2-liter V-8 found in the Camaro SS road car. The engines are designed to meet NHRA Stock and Super Stock classes in which the latest COPO Camaro is intended.

As has been the case in previous years, just 69 examples will be built, the number matching the run of 1969 COPO Camaros built with the all-aluminum 427 ZL1 engine. The legendary engine weighed about 100 pounds less than the iron-based 396 big block offered in the Camaro and produced more power to boot, making it a popular solution for the dragstrip.

The solution was originally devised by Illinois-based dealer Fred Gibb using Chevy's in-house special order system, known as Central Office Production Order (COPO), hence the COPO name. Typically, the COPO system was used for fleet vehicle services such as special paint or truck equipment, but Gibb used it to equip the Camaro with the ZL1 427 engine.

Chevrolet is also using this week's SEMA show for the debut of its eCOPO Camaro concept. The car features an electric powertrain and runs on an 800-volt electrical system. The automaker also has some new crate engines, including the Corvette ZR1's 755-hp V-8.

For our full SEMA show coverage, head to our dedicated hub.