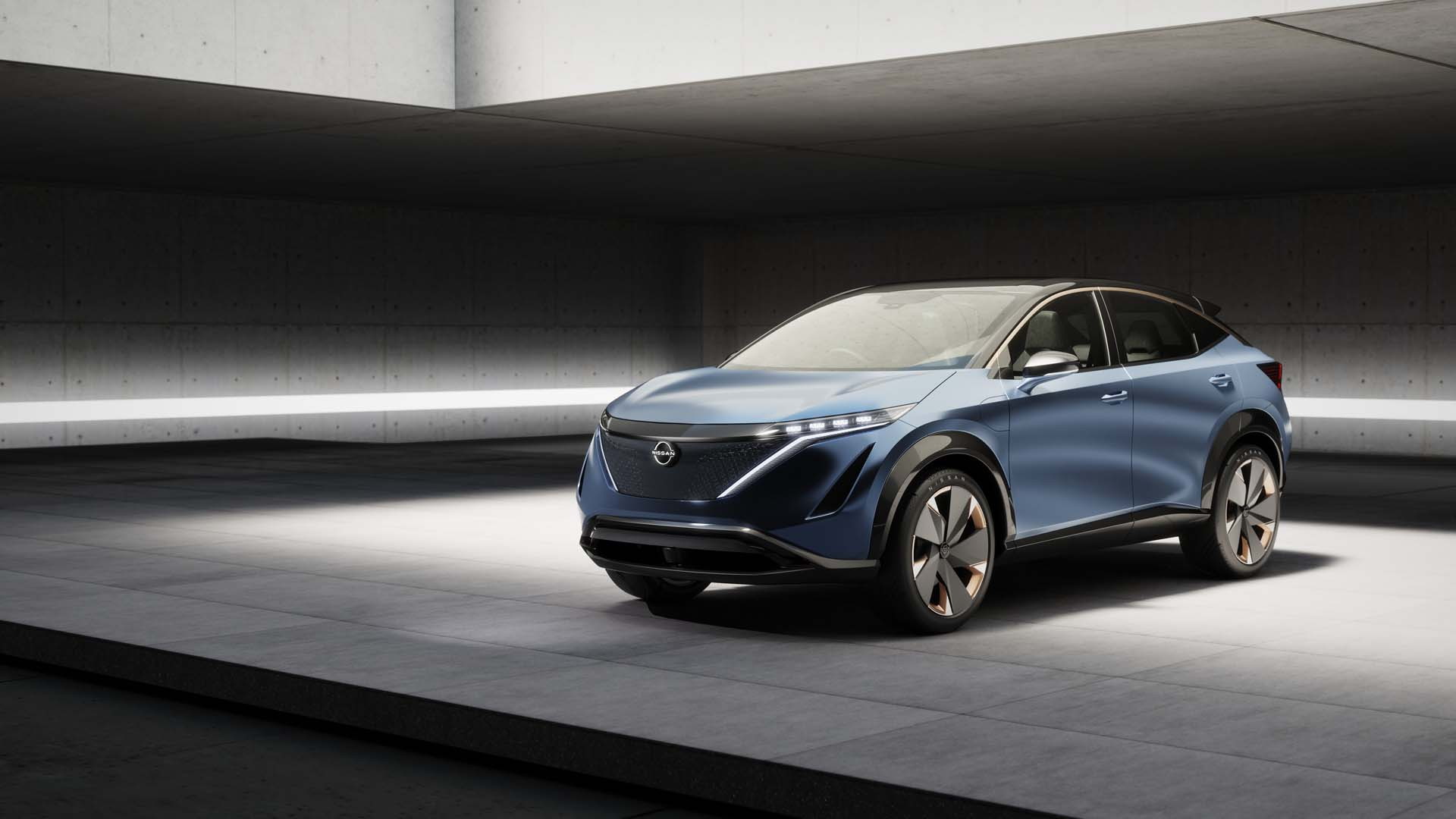 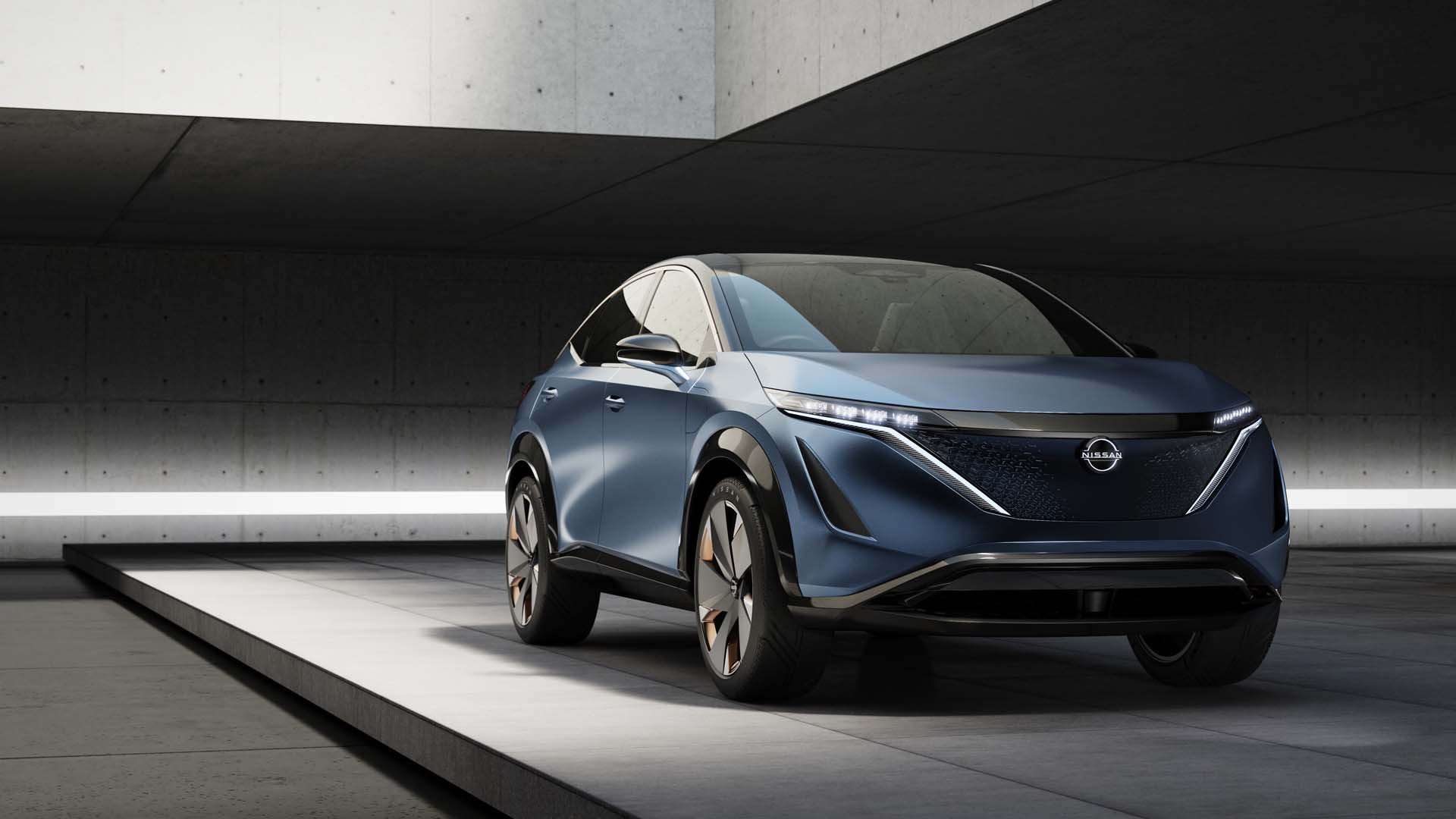 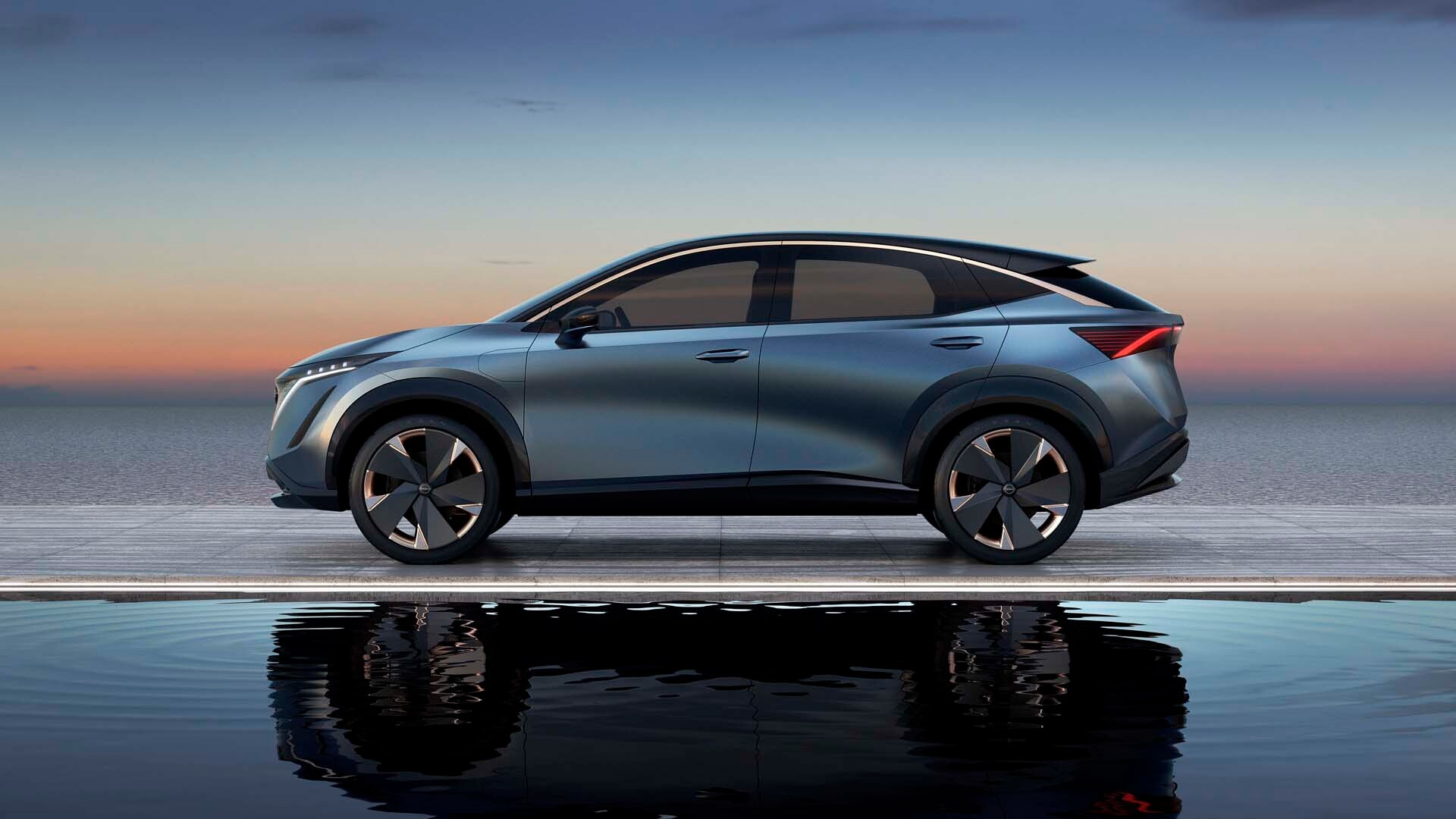 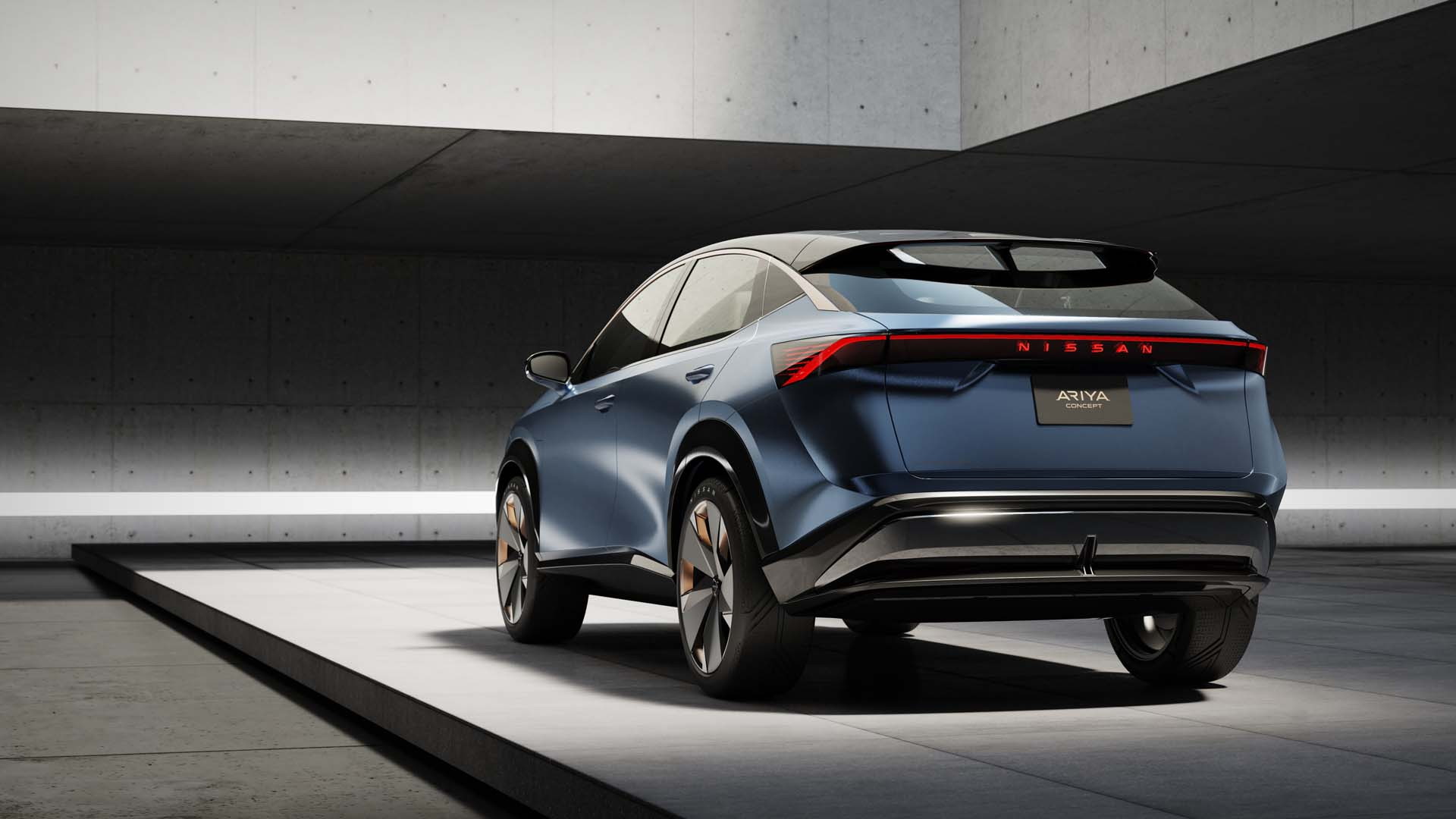 Nissan used the 2019 Tokyo Motor Show to present a pair of concepts that demonstrate the principles of its new design language, referred to as Timeless Japanese Futurism.

One of these is a minicar called the IMk. The other is the Ariya, an electric crossover SUV with design elements that could make it into production in the near future, according to Nissan.

The Ariya is based on a dedicated EV platform that allowed the designers to minimize the nose section while at the same time stretch the wheelbase. Power comes from a pair of electric motors whose torque can be precisely controlled so that traction is maintained even on the slipperiest of surfaces. Nissan said a driver would be able to control the vehicle like normal, even in snow or loose dirt, as the system will do all the work.

Inside, the dash is largely devoid of features. Instead, most of the controls are now haptic elements integrated in the dash. These are invisible when the car is not in use but glow when the driver is behind the wheel. The only physical controls are the start button, climate controls, and a dial to operate the 12.3-inch infotainment display.

The Ariya also demonstrates Nissan's latest driver-assist features. One of these is ProPilot 2.0, which enables a vehicle to travel along select highways in Japan hands-free, relying on sensors and cameras plus highly detailed maps to guide it. The Ariya builds on this system by adding a remote parking feature. This enables the driver to use a mobile device to park the vehicle from outside the cabin.