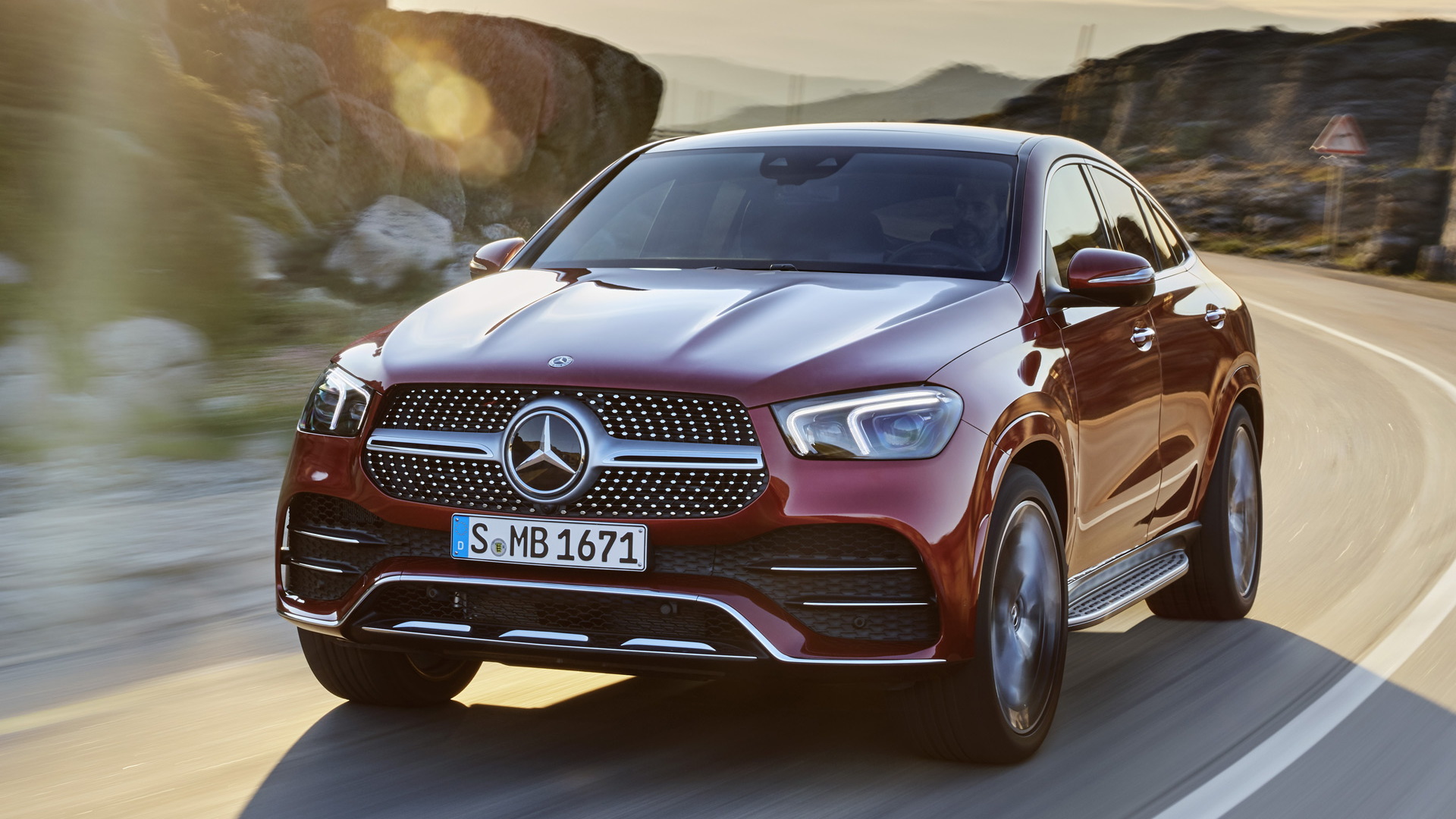 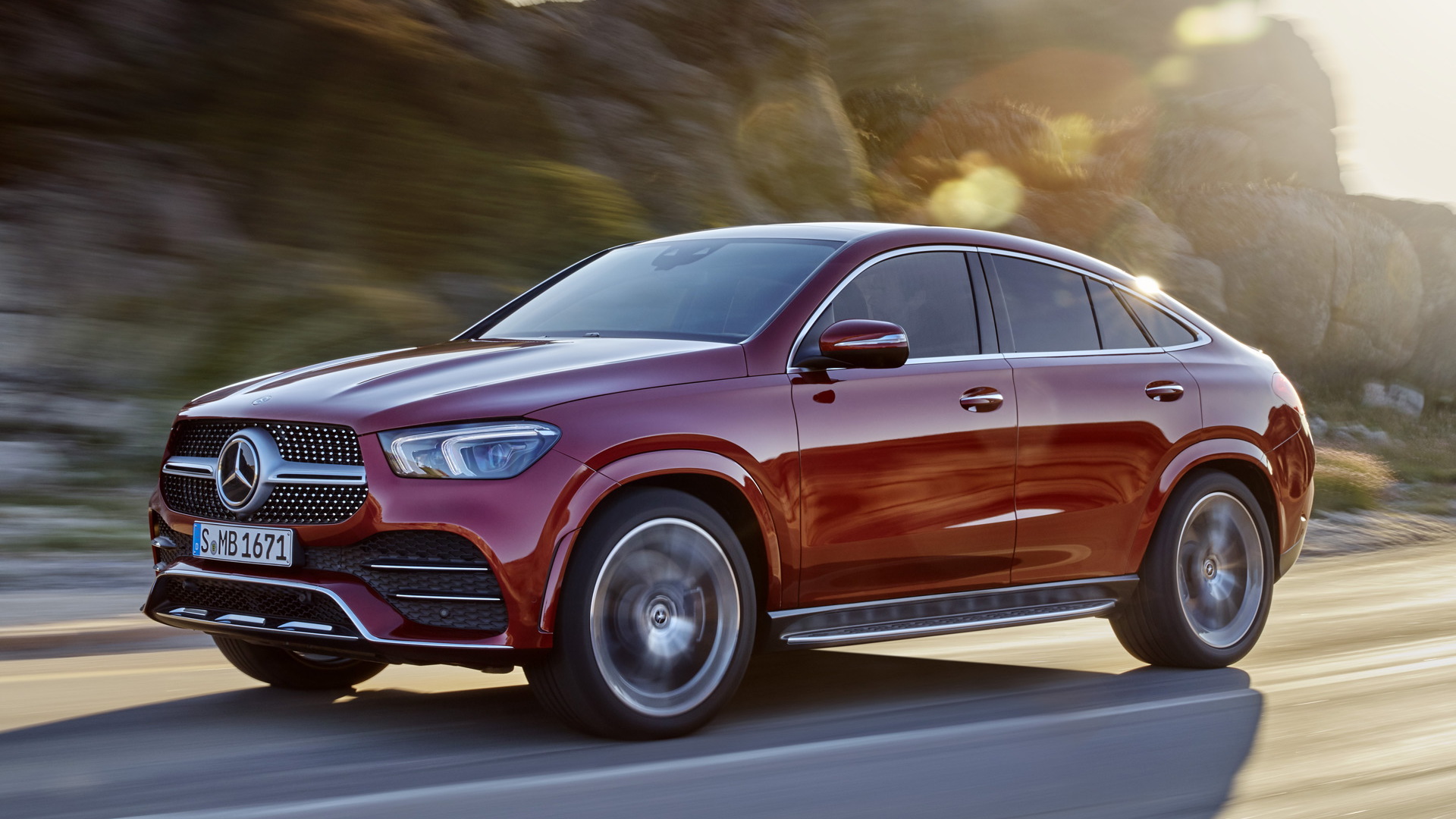 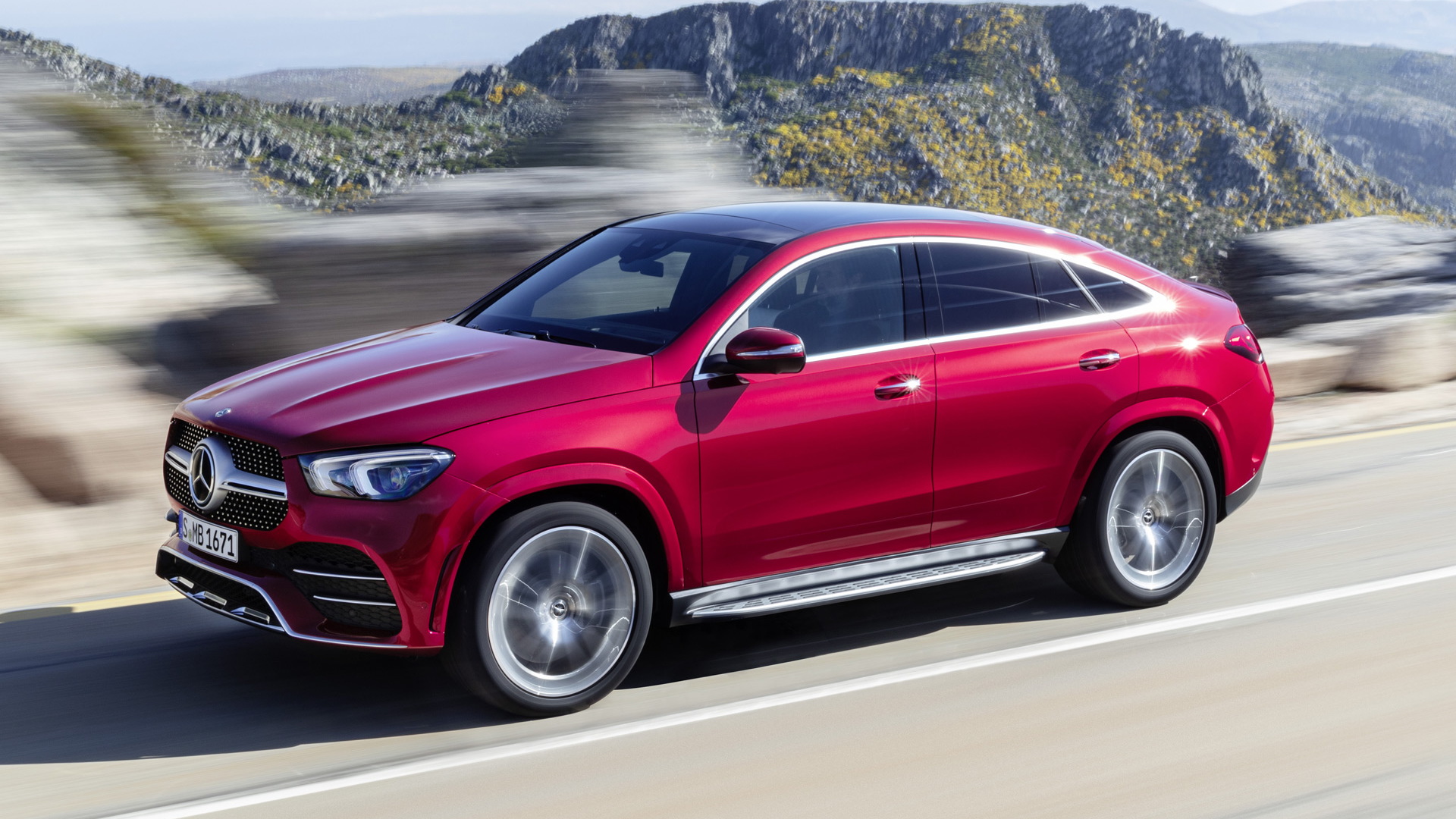 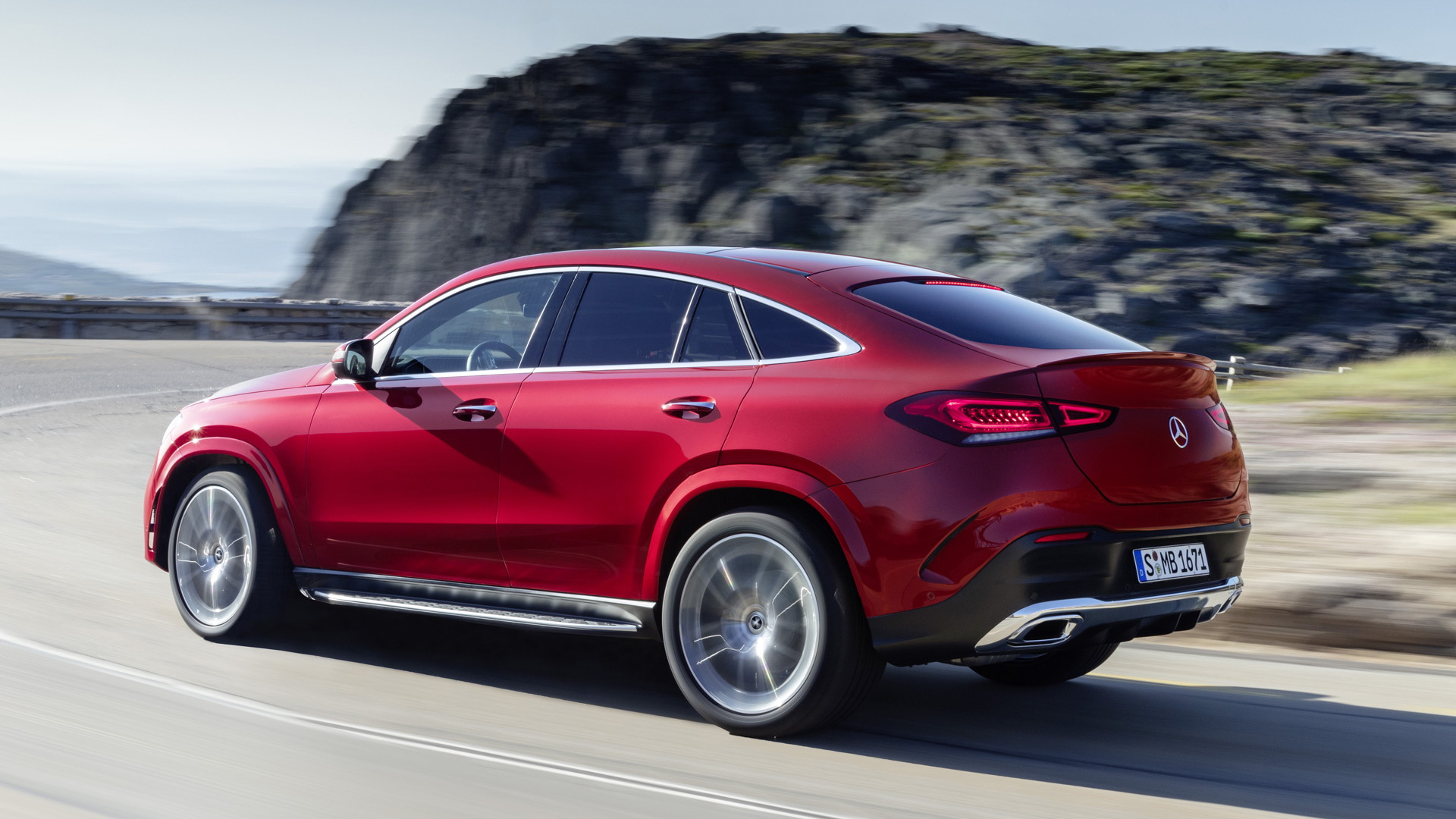 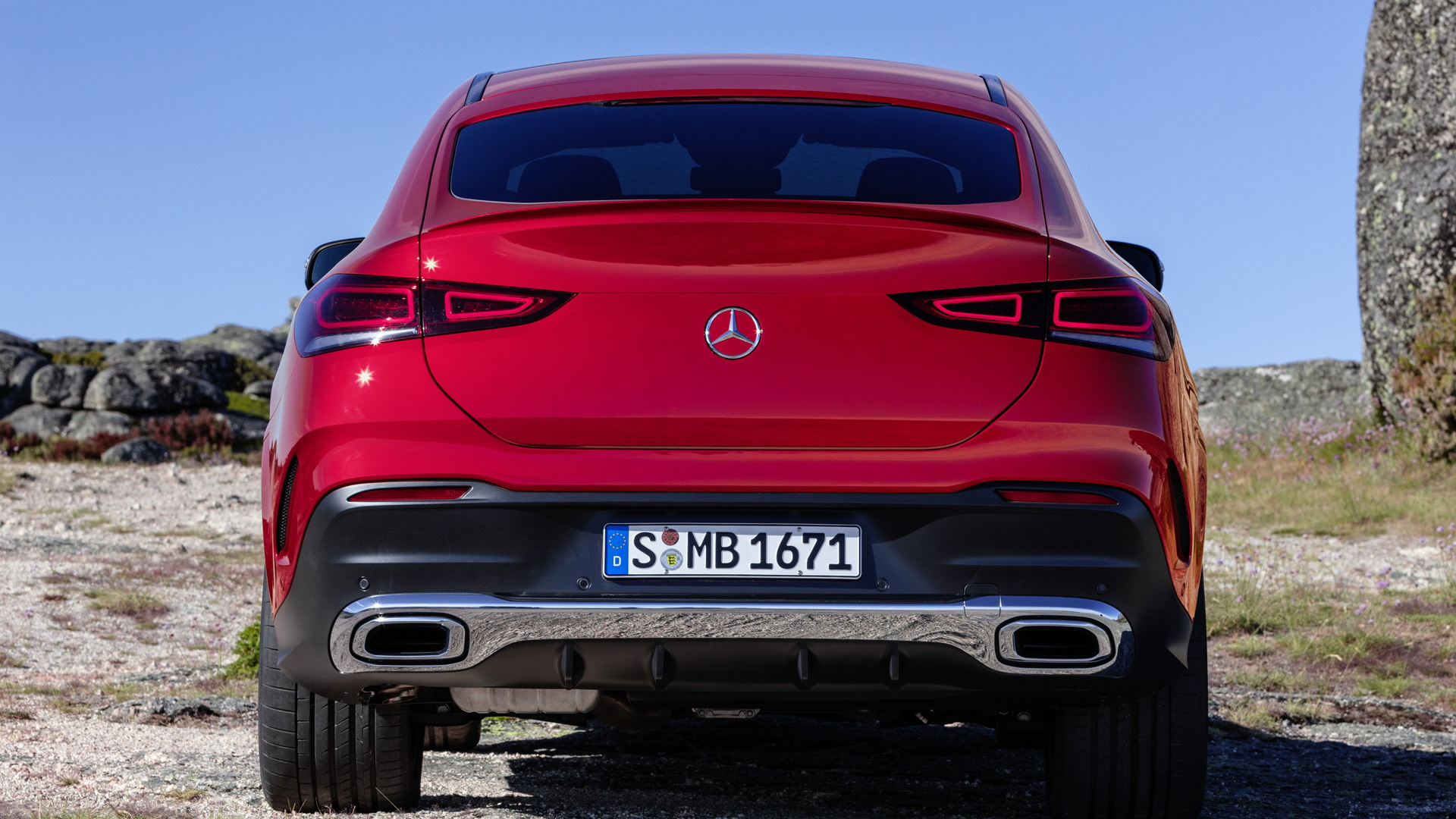 Mercedes-Benz just launched a redesigned GLE for 2020 and once again there will be a GLE Coupe variant, which was revealed on Tuesday in both regular and sporty Mercedes-AMG GLE53 Coupe guises.

The GLE53 Coupe has been confirmed for a U.S. market launch in mid-2020 as a 2021 model. Timing for the regular GLE Coupe in the U.S. is yet to be confirmed. Elsewhere, it will go on sale next spring where it will battle BMW's redesigned X6, as well as the Audi Q8.

For the second generation of the GLE Coupe, it's immediately clear that the the designers have gone with a sleeker, more athletic look this time around. According to Mercedes, there was greater emphasis placed on creating a coupe-like shape. A benefit is that the sleeker shape has resulted in a 9-percent reduction in wind resistance, despite the front area being roughly similar between the two generations.

Underpinning the vehicle is Mercedes' MHA modular platform designed for crossover SUVs. The platform is closely related to Mercedes’ MRA platform found in most of the automaker’s sedans and coupes and made its debut in the 2016 GLC. The wheelbase of the GLE Coupe is 2.36 inches shorter than the GLE but almost 0.8 inches longer than the previous GLE Coupe, resulting in more interior space.

Only three powertrains have been announced so far. Two are diesels which we won't see in the U.S. The third is a 48-volt mild-hybrid setup integrating a 3.0-liter turbocharged inline-6. The setup, featured in the AMG GLE53, is good for 429 horsepower and 384 pound-feet of torque. A high-performance AMG GLE63 and a plug-in hybrid model are still in the works.

All GLE Coupes feature a 9-speed automatic, all-wheel drive, and steel springs for the suspension. Air suspension is available.

The interior naturally matches the design of the GLE with a split-screen setup for the dash, which sits atop a multifunction steering wheel and four square-shaped air vents. The screen that serves as the infotainment hub operates much like a smartphone, though the infotainment can also be controlled via natural-speak voice activation. Starting in 2020, Mercedes will also integrate Amazon Music with the system.

Like the regular GLE, the GLE Coupe will be built at Mercedes'' plant in Tuscaloosa, Alabama. And we'll see it make a formal debut on September 10 at the 2019 Frankfurt International Motor Show, more coverage on which you can find at our dedicated hub.