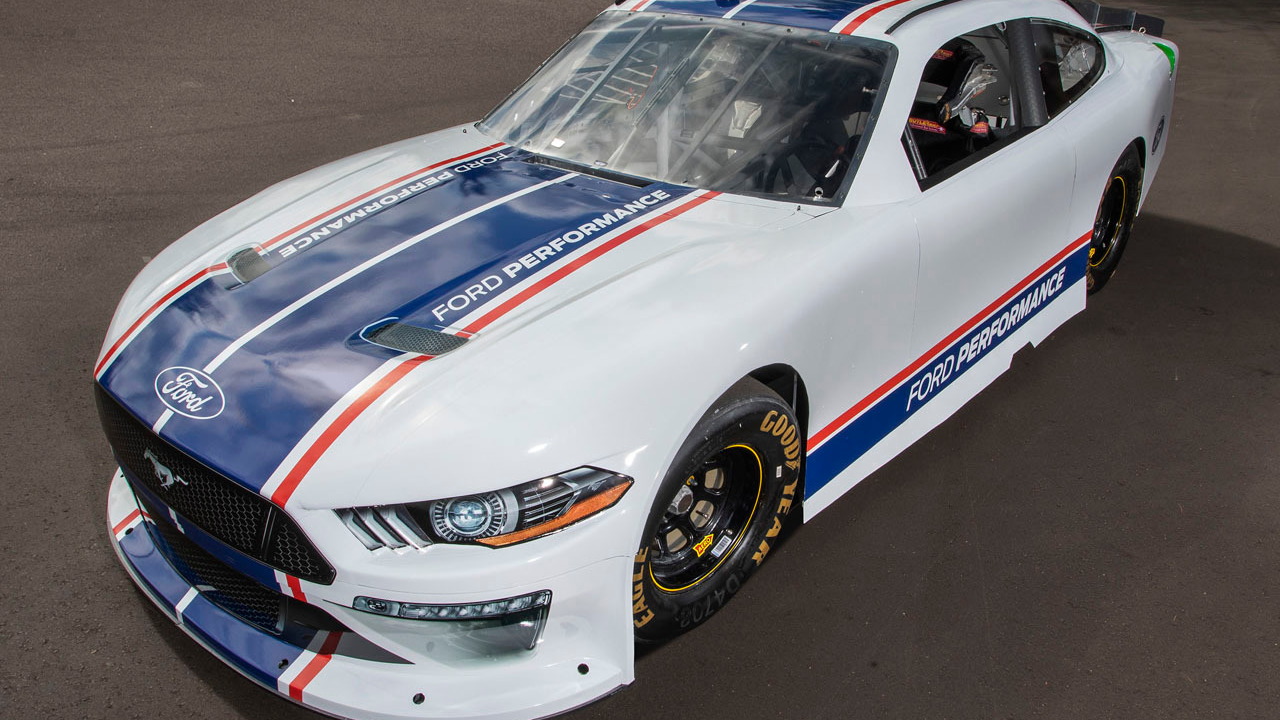 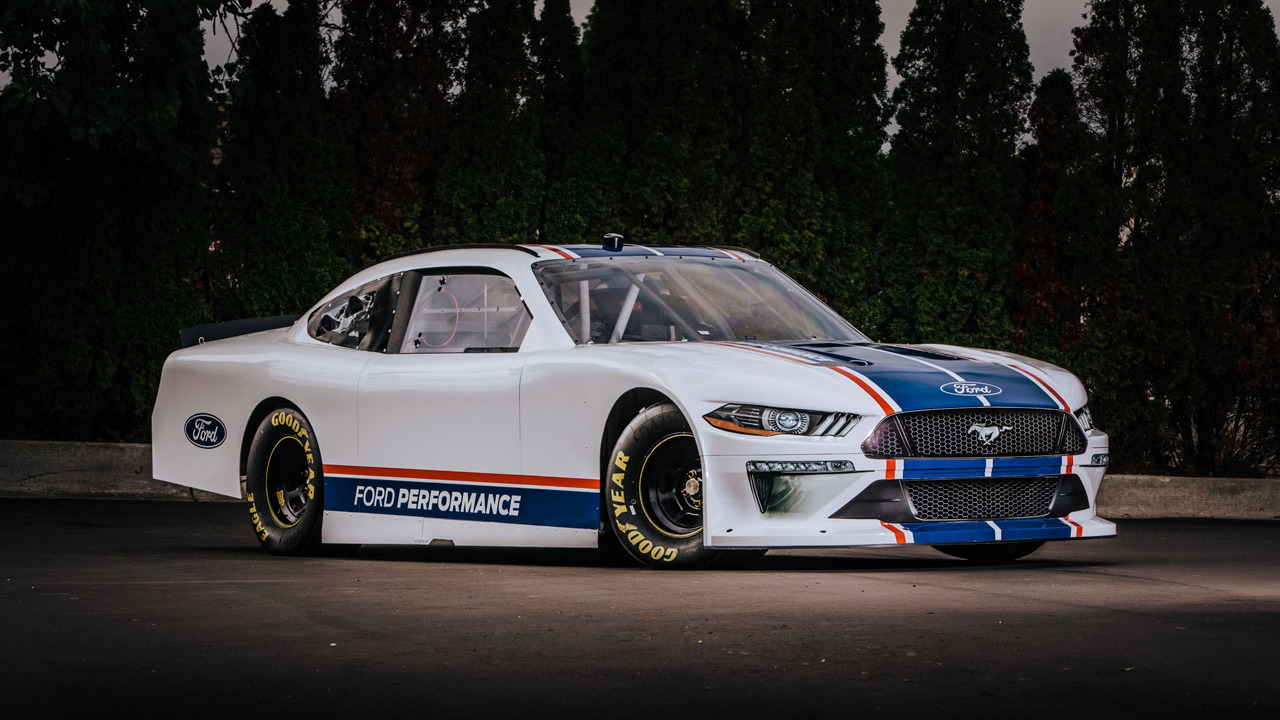 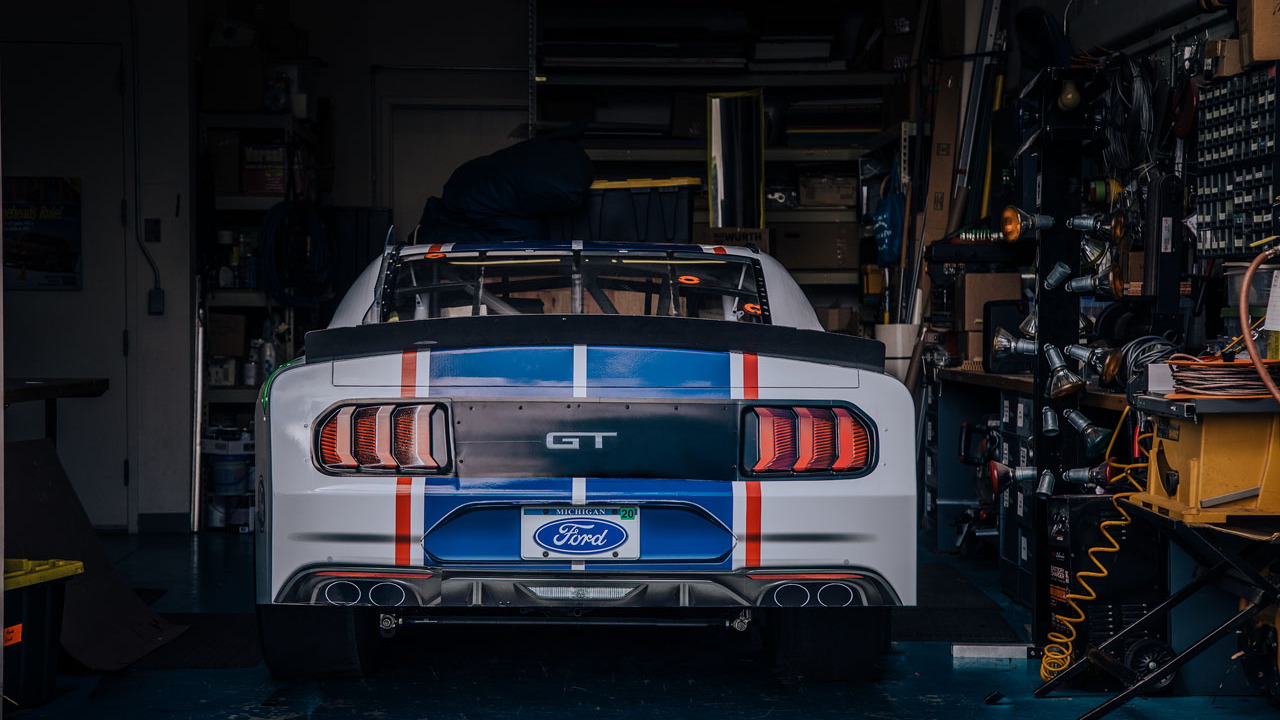 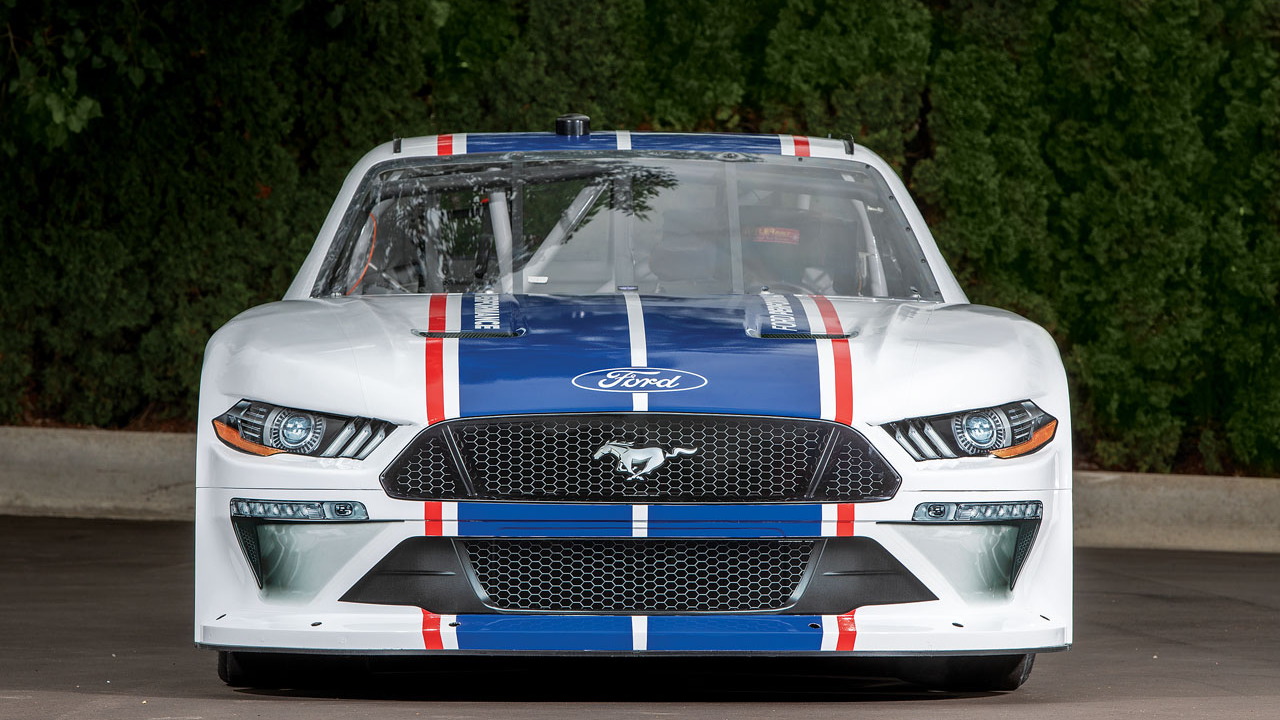 Ford Performance, the Blue Oval’s racing arm, revealed on Thursday an all-new Mustang race car that will compete in next year’s NASCAR Xfinity Series. The NASCAR-bound Mustang is the fifth new motorsports Mustang to be unveiled over the last 12 months.

The 2020 Mustang race car represents the car’s first major overhaul since the previous Xfinity Mustang began racing in the NASCAR Monster Cup energy feeder series in 2011. Like the last iteration of the Xfinity Mustang, the newest version bears a reasonable facsimile to its road-going counterpart up front but looks nothing like a Mustang from the A-pillars back. The front end features a realistic Mustang grille and bumper inlet stickers that have been shaded to look like the real deal. The rear has the Mustang’s signature vertical taillights, quad-exhaust outlets, and even a reverse light. The profile is more like that of the sedans that used to run in the series.

The new car will have some big shoes to fill. The previous Xfinity Mustang was extremely successful, winning the driver’s championship three times and the owner’s title six times.

“Ford and NASCAR have enjoyed a long and storied partnership, and the iconic Mustang has solidified its place within that legacy with an impressive performance in the NASCAR Xfinity Series,” said Ben Kennedy, NASCAR managing director of racing operations and international development. “We’re looking forward to seeing what the newest generation of the Mustang will do on the track.”

Developed by Ford Design and the Ford Performance Technical Center in Concord, North Carolina, the new Mustang racer benefited from the work of engineers and aerodynamicists at the Tech Center.

Ford also races a version of the Mustang in the top-echelon Monster Energy NASCAR Cup Series. That Mustang was introduced last year to replace the Fusion-based race car Ford had been running for the last several years.

In addition to NASCAR, the Mustang also competes in racing series around the world, including the NHRA's Funny Car division, the Virgin Australia Supercars Championship, and the FIA's British GT4 Championship in Europe. Ford also offers the Mustang Cobra Jet as a dedicated drag racer for private parties.