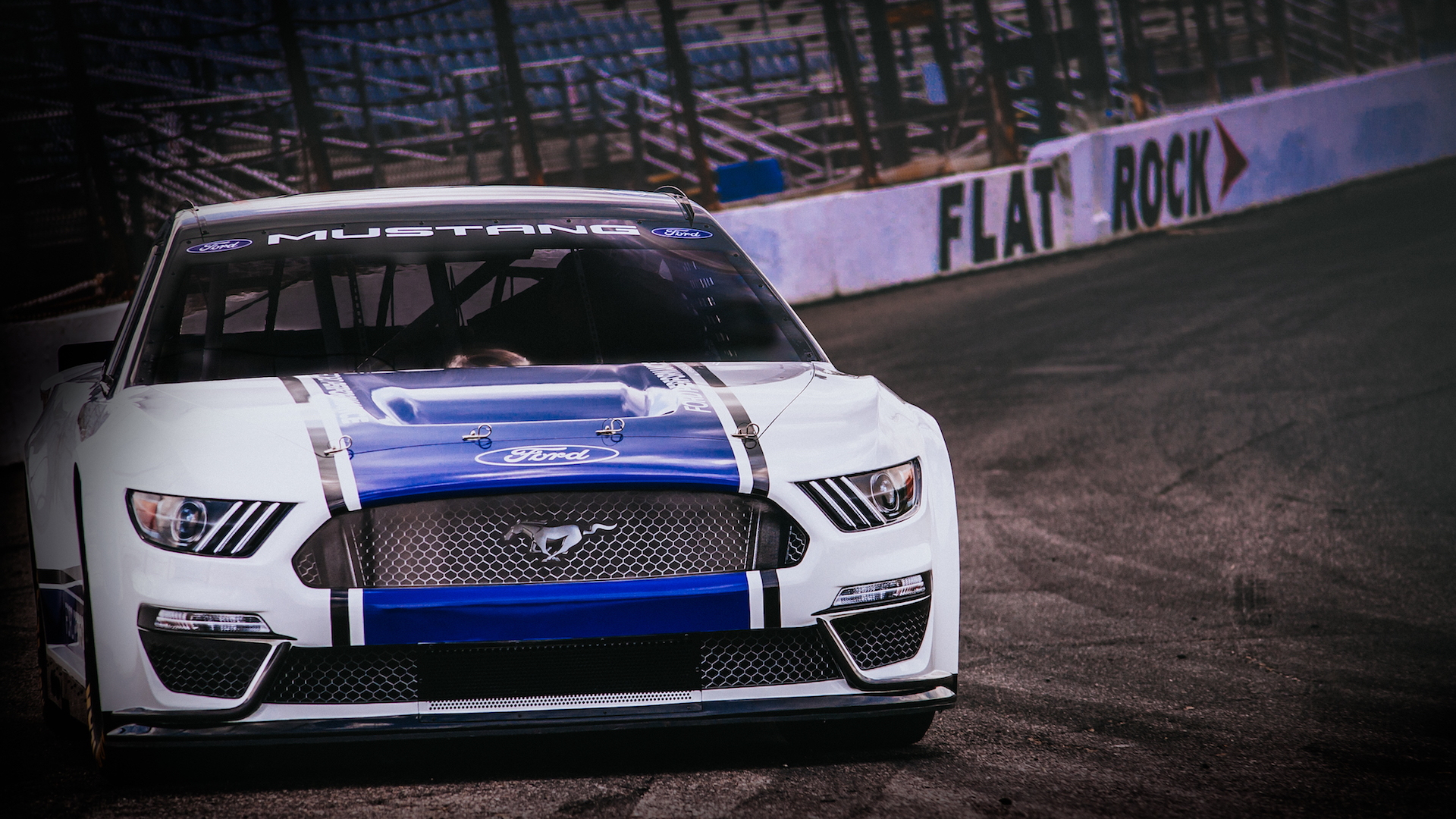 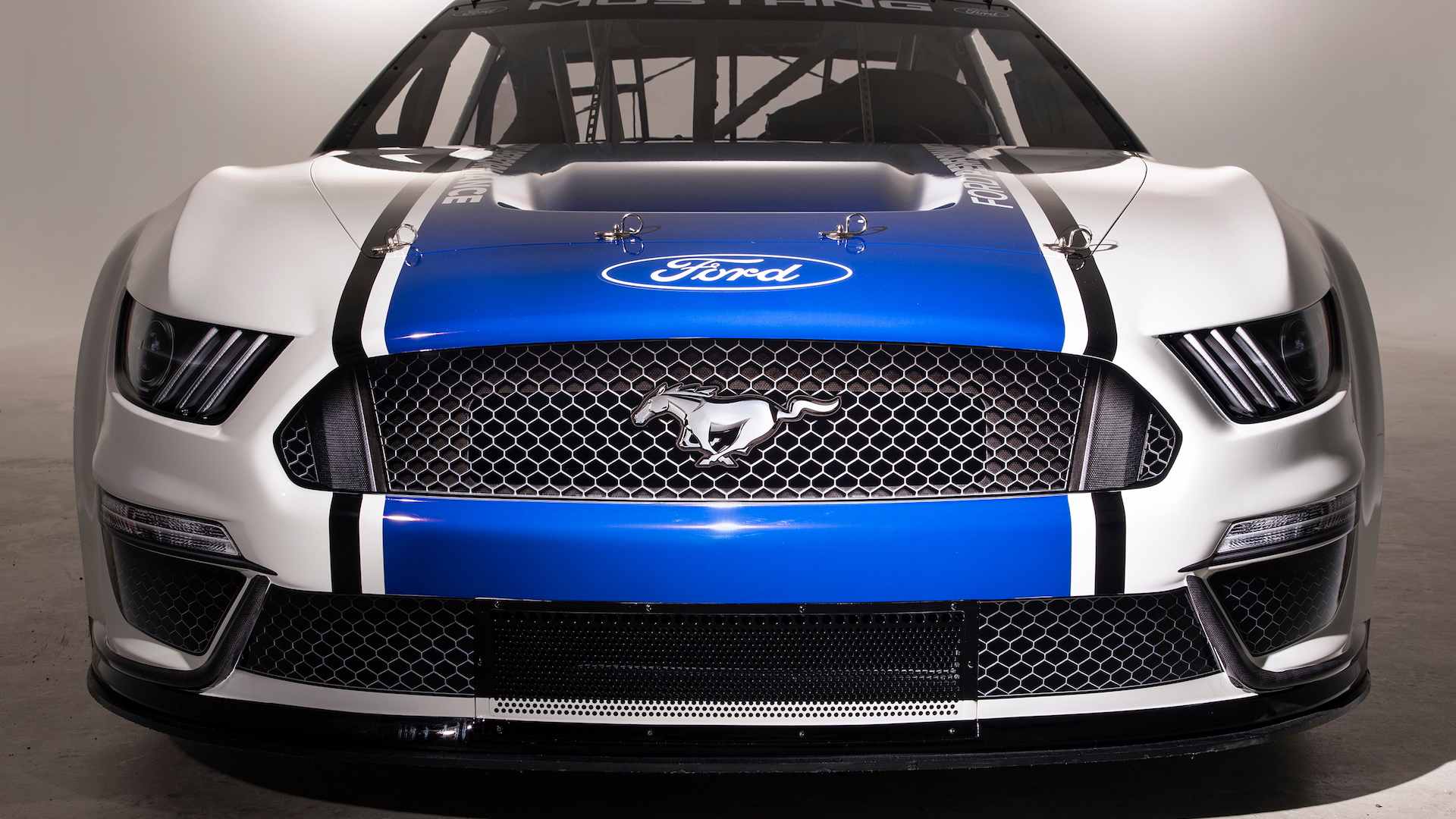 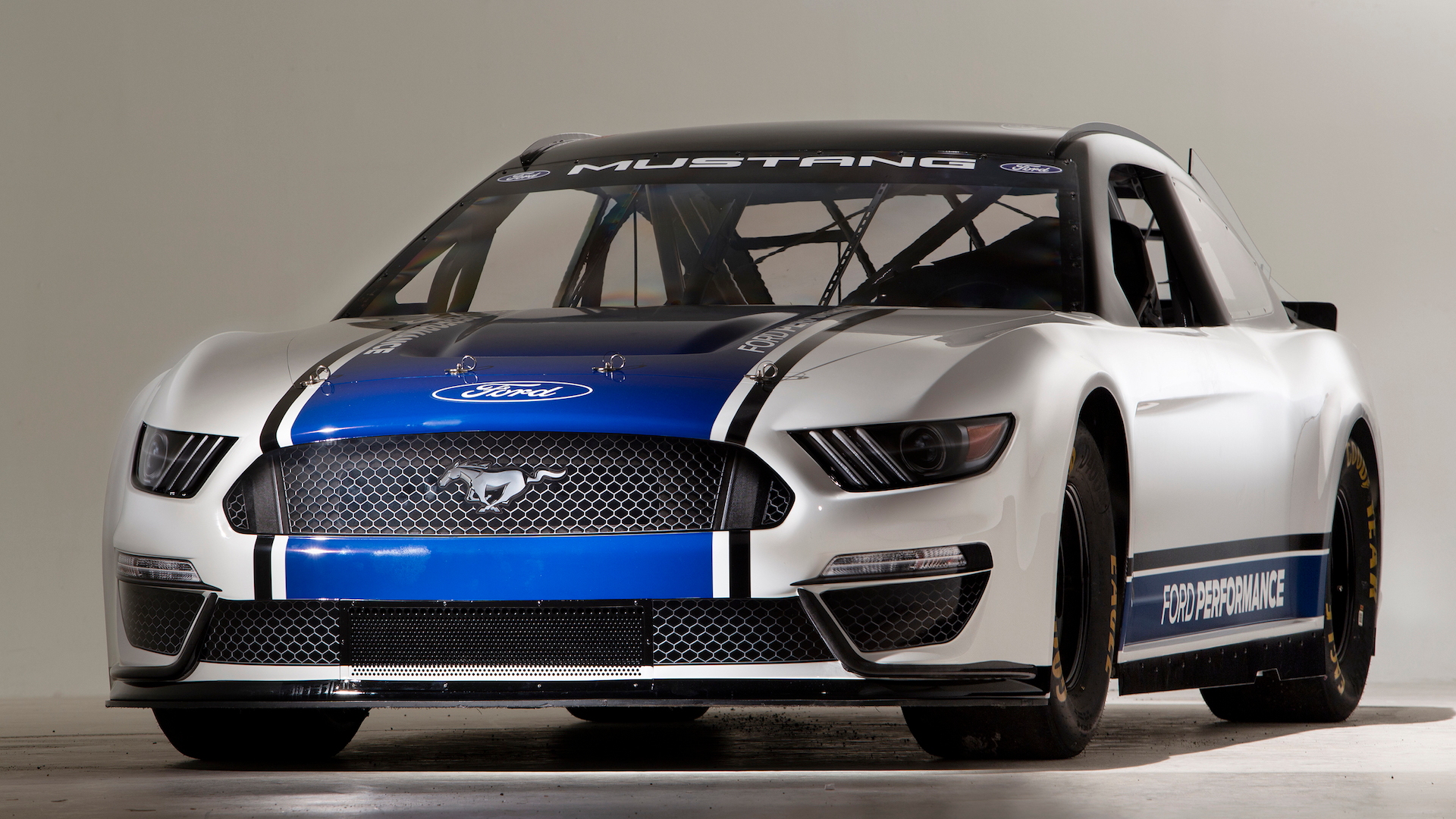 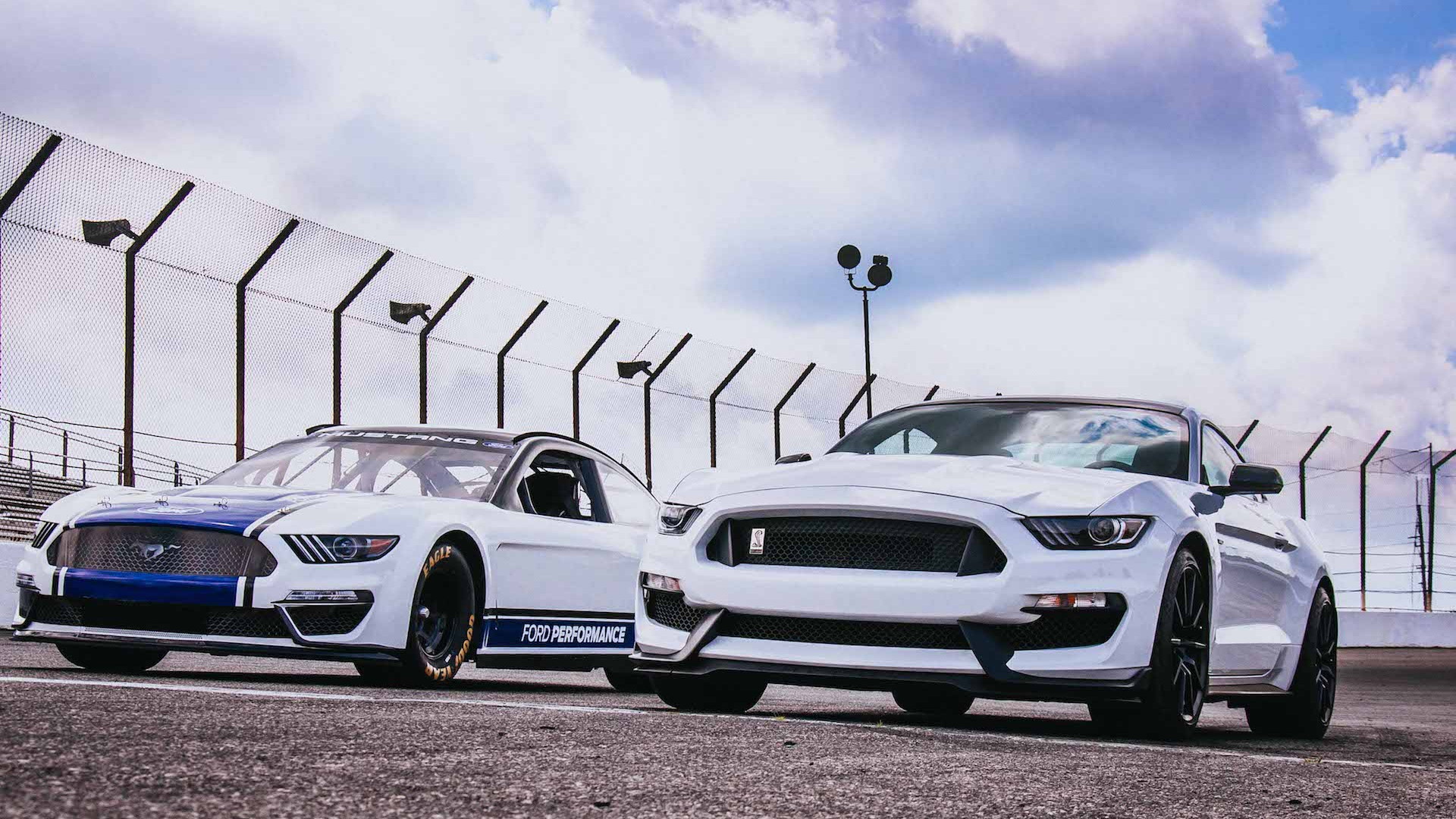 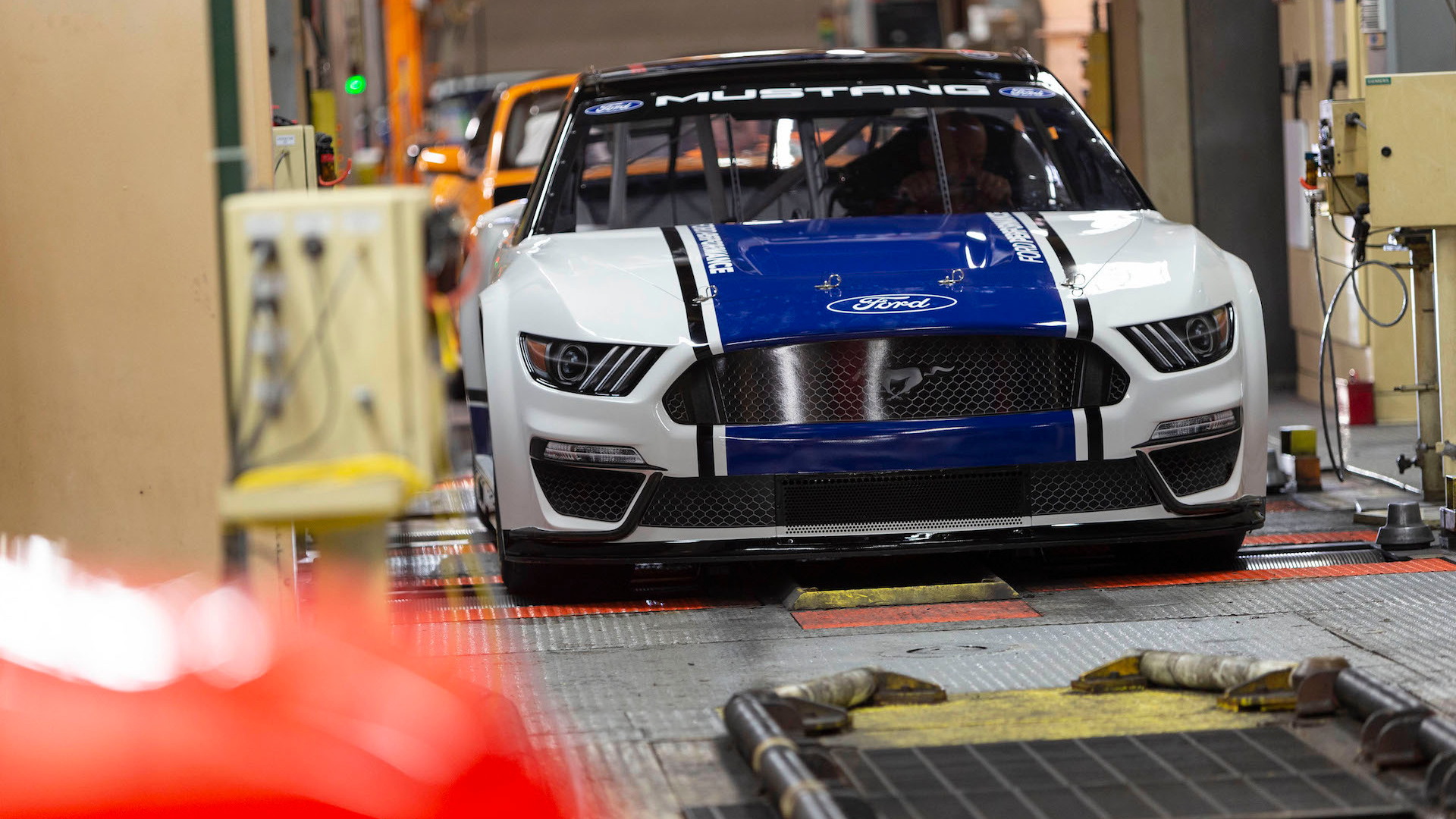 Hot on the heels of the 10 millionth Mustang built is the Ford Mustang NASCAR cup racer. The Blue Oval on Thursday revealed the cup racer ahead of its competition debut in the 2019 NASCAR Cup Series, where it will fill the shoes of the Fusion.

Ford Performance and the design team's goal was to build a stock car that remains true to the road car's design but also competitive on the track.

Overall, the design team did a pretty bang-on job replicating the Mustang's looks with the stock car body. The cup racer's face boasts only a few stylistic changes from the road car, with a different headlight shape and revised fascia for the track. Ford didn't show off the cup racer's rear in any photos, so we remain curious as to how the Mustang's signature taillights look.

The Mustang's entry into the NASCAR Cup Series marks the first time the pony car enters the series, though the Mustang has competed in the NASCAR Xfinity series since 2011. There, the Mustang Xfinity racer has earned a championship every year save for one season. But racing is in the Mustang's DNA; the pony car first entered a competition in 1964 when the Mustang won the Tour de France Automobile. The event saw cars travel 10,000 miles over four days in a daunting road rally. The Mustang has also competed in SCCA Trans-Am, Formula Drift, NHRA, and more.

With the Mustang's entrance into the Cup Series, the car will face its arch nemesis once again: the Chevrolet Camaro. Chevy replaced its former SS cup racer last year with the Camaro ZL1 cup racer, though teams haven't found much success yet.

Chevy will have until 2019 before Ford gallops onto the circuit. The Mustang cup racer will make its NASCAR Cup Series debut at the 2019 Daytona 500 in February.