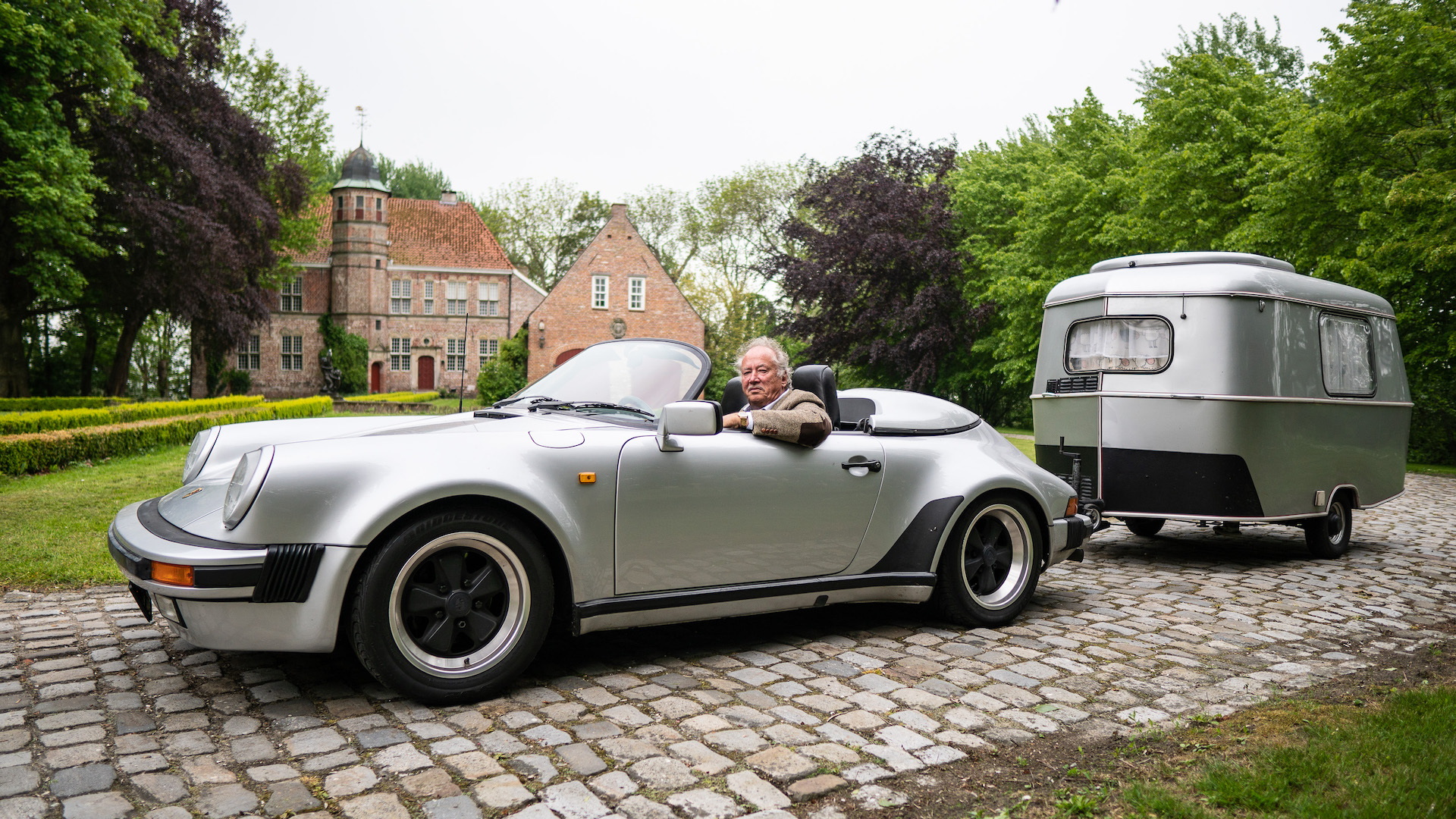 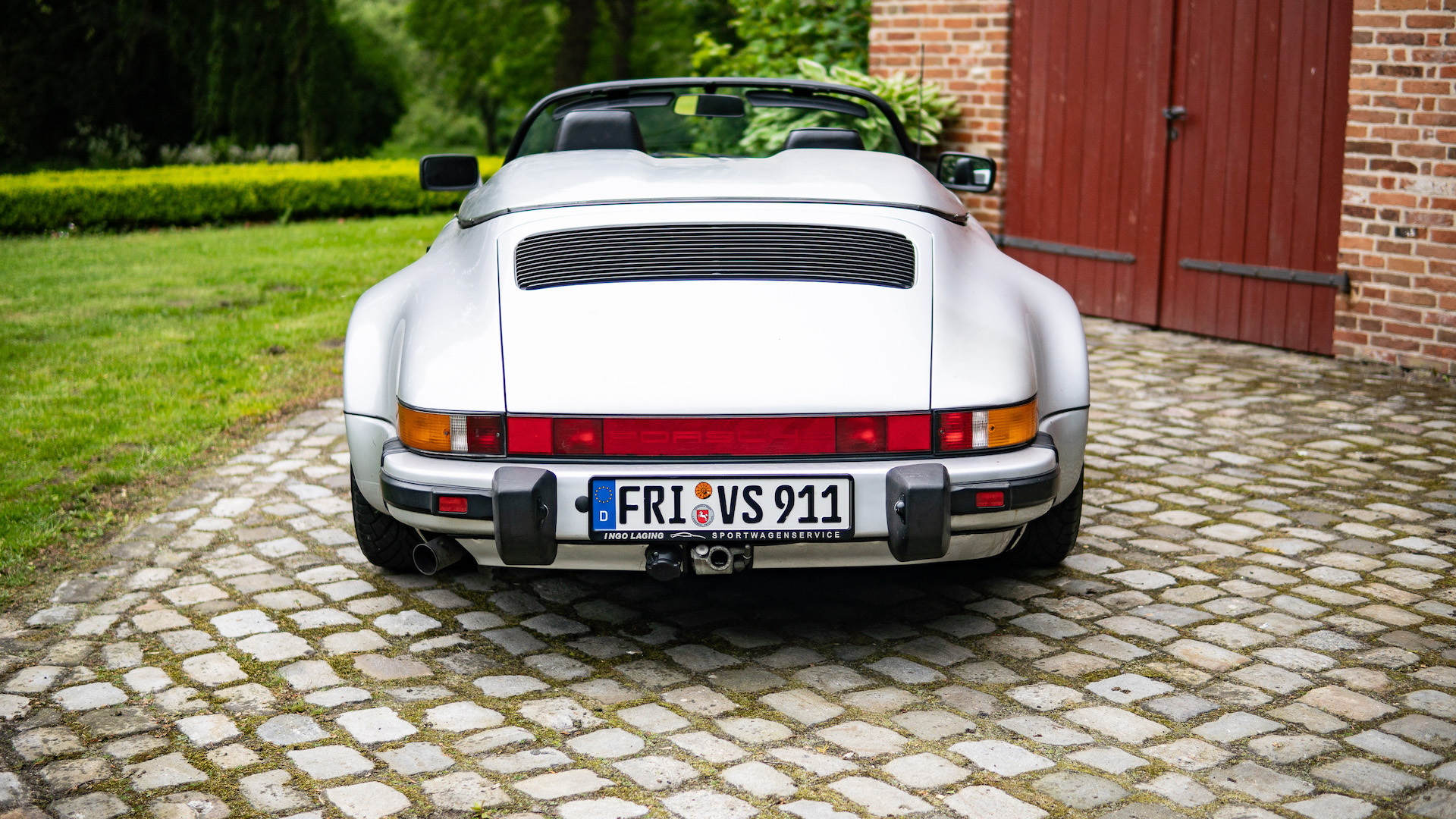 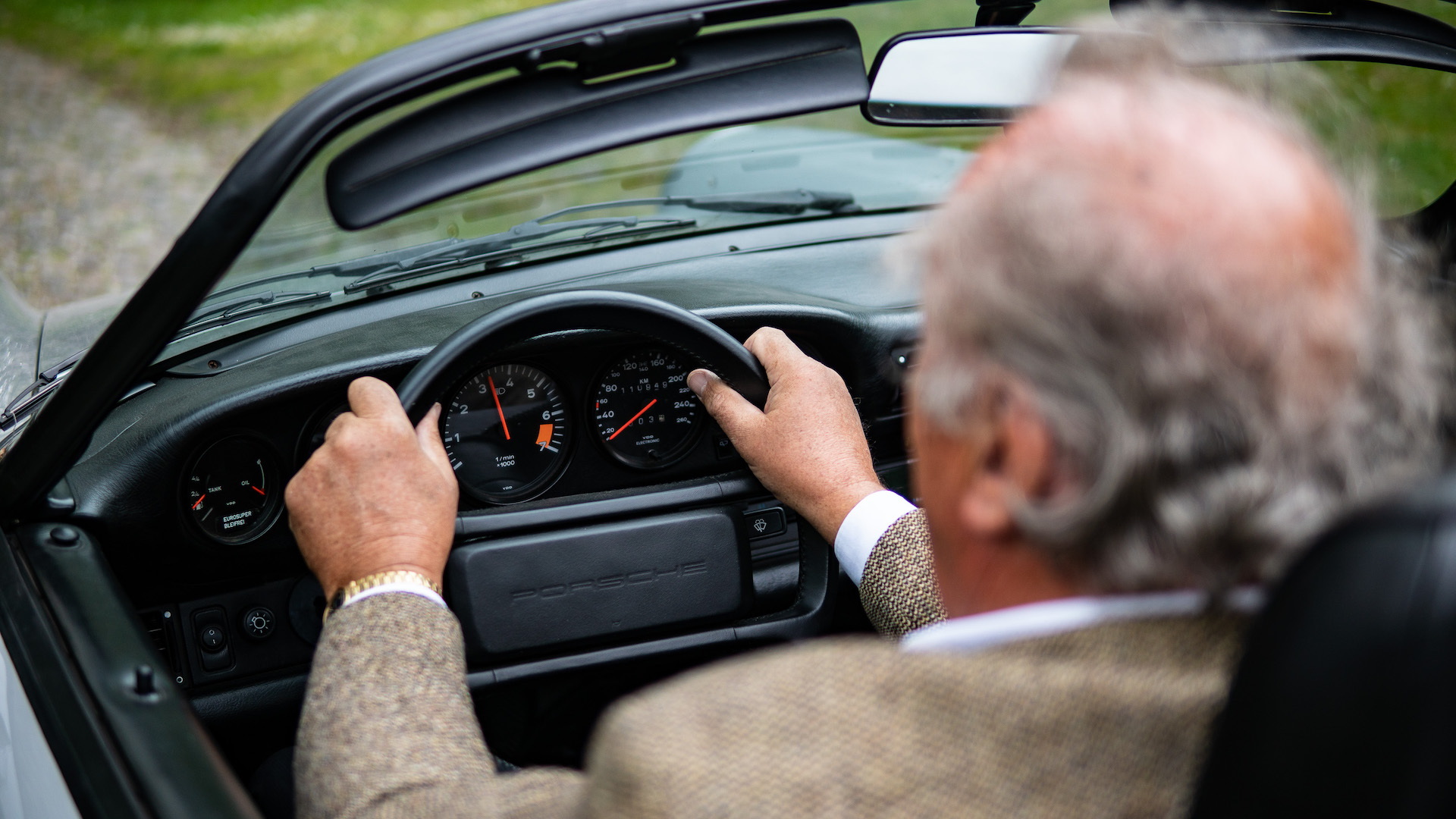 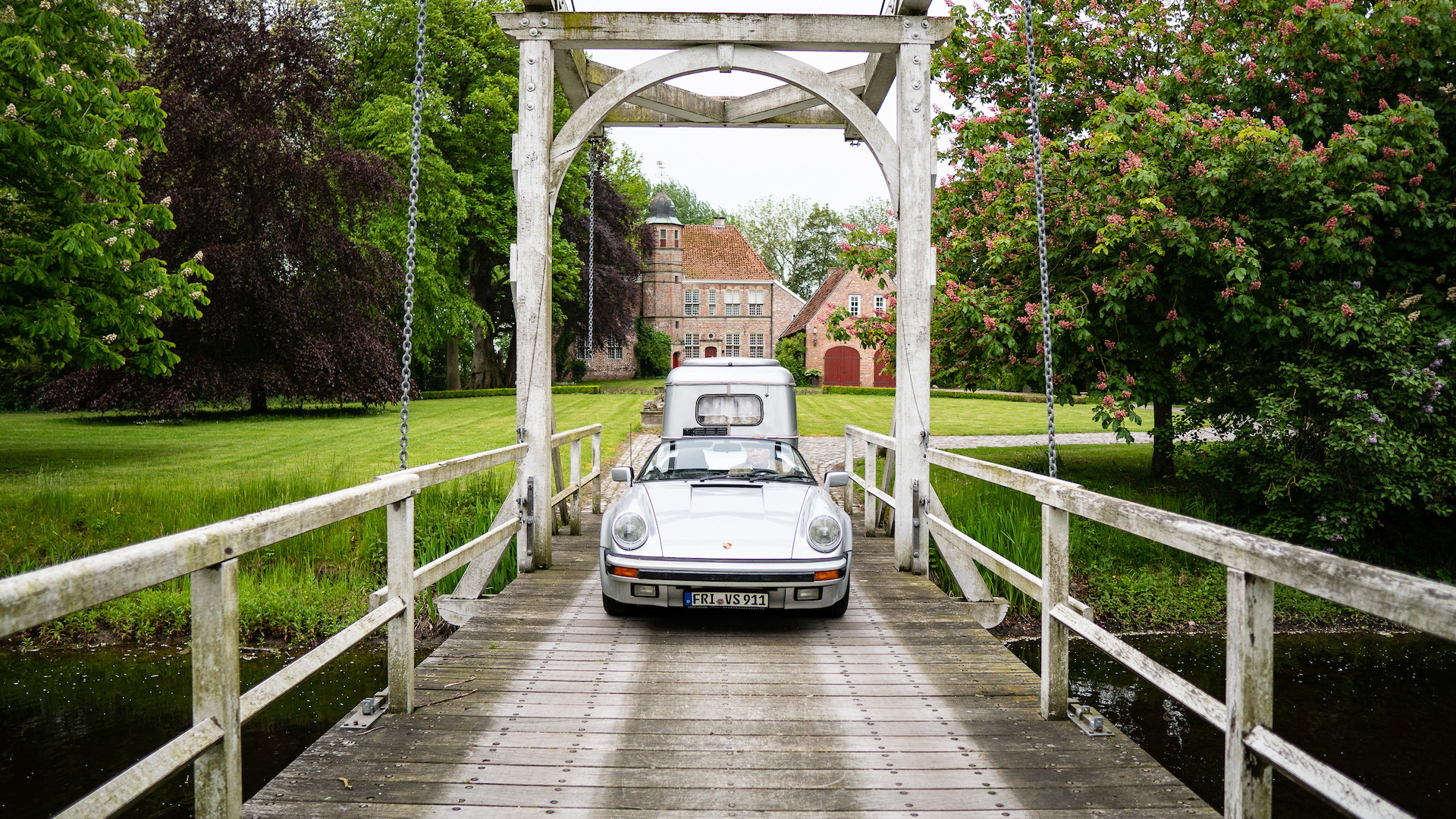 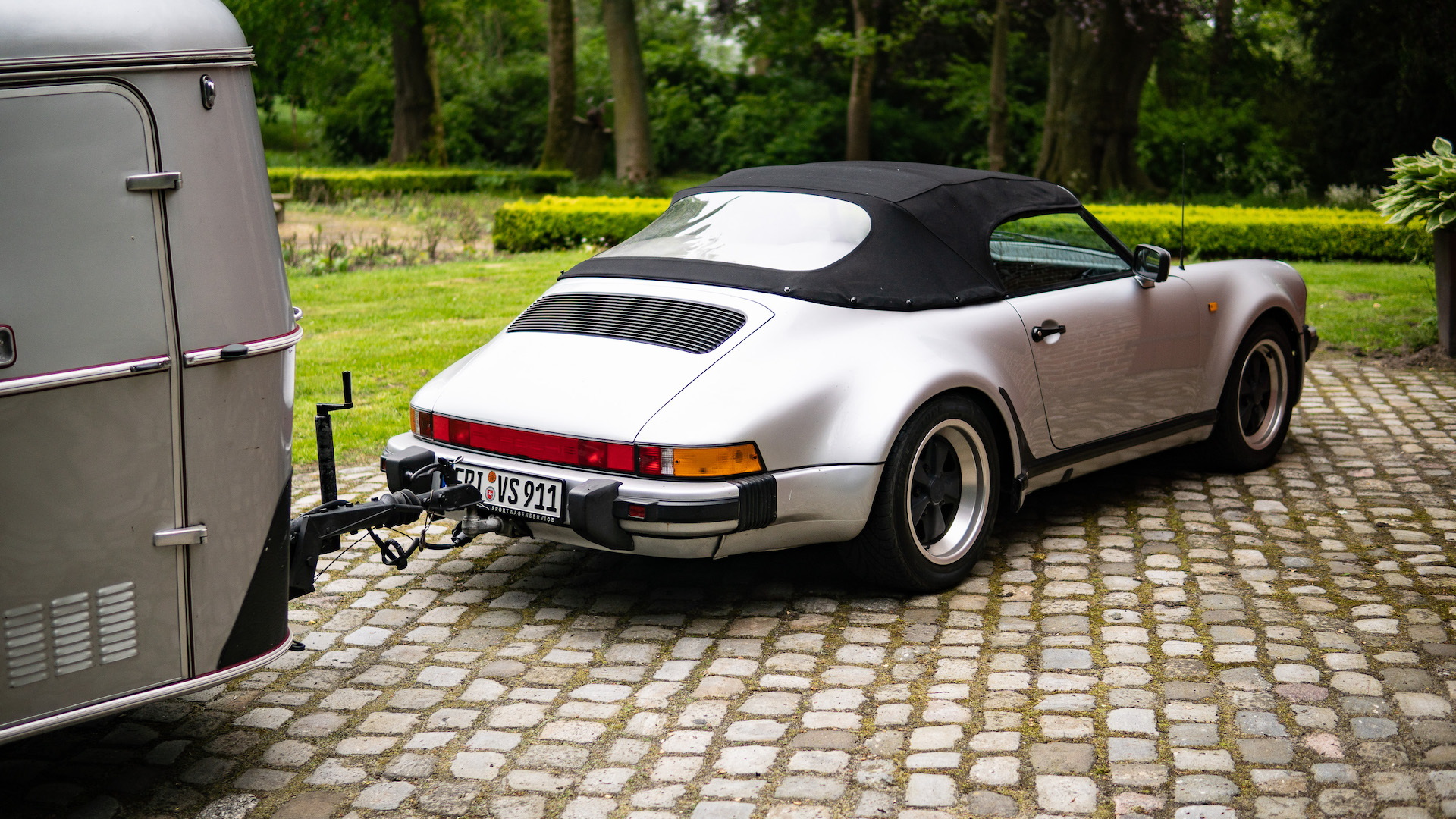 They say cars are meant to be driven, and that's exactly what Volker Schiersch has done with his 1989 Porsche 911 Speedster.

The brand highlighted Schiersch's car for a good reason: he tows a matching camper trailer with it. For all owners of garage queens out there, this is the real deal.

Later in life, he recalled he didn't think twice about the opportunity to purchase the 1989 911 Speedster shown here.

"The car was perfect, the Silver Metallic paint finish is not just timeless, but is much rarer than Guards Red, Black or Grand Prix White," said Schiersch.

One of his fundamentals when driving his 911 Speedster was to always stay alert behind the wheel. Thus, that led to the camper attachment. The caravan, as Schiersch called it, is a Hymer Eriba Puck from 1975. When the camper underwent restoration work, he had it painted to match his silver 911 Speedster. Like the twinning duo they are, Schiersch had the perfect companion for long journeys in his car.

Only two retrofitting kits existed that allowed the 911 to tow the camper behind him, but these days, he doesn't take the camper much. In fact, long journeys are fewer and far between, but Schiersch commented he still takes it with him when he visits his grandchildren in Germany. The youngsters, he said, adore sleeping in the vintage camper.