The slow march toward the end of sedans from Ford is nigh. For the 2020 model year, the Ford Fusion Sport is the latest variant to get the ax.

In general, 2021 is the final model year for Fusion production, but the Fusion Sport has been sent to the automotive graveyard early. Cars Direct first reported on the variant's demise, which boasts a 2.7-liter turbocharged V-6 engine rated at 325 horsepower and 380 pound-feet of torque. All-wheel drive was standard with the Sport model as well. 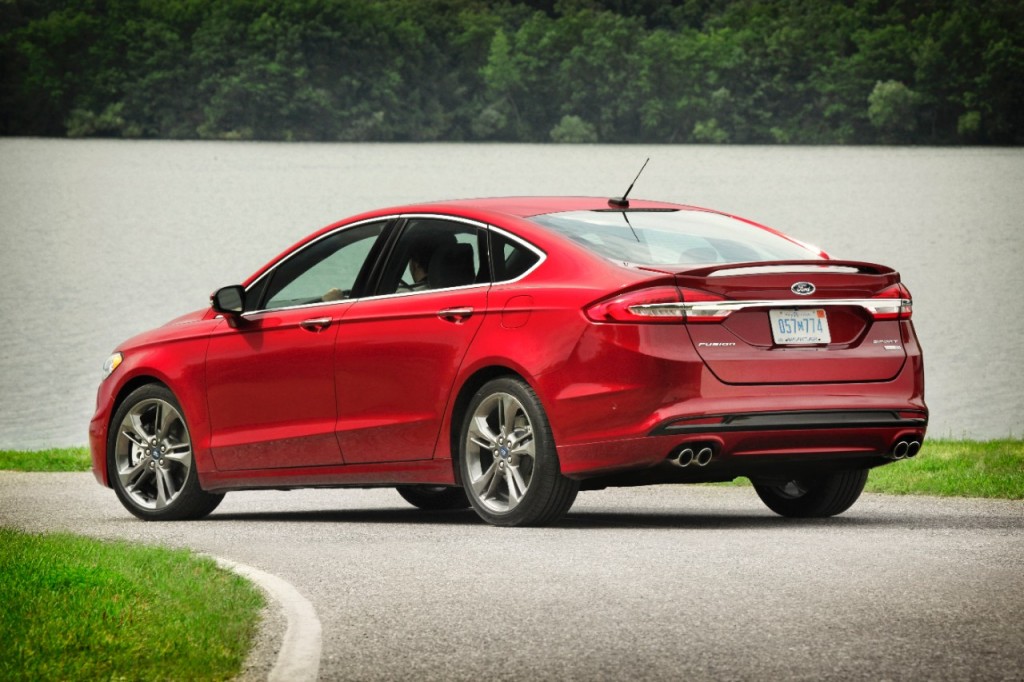 "In the final model year we wanted to simplify our model line for customers and dealers to the volume models, SE, SEL, and Titanium," Cadiz said in an email.

While the Fusion Sport is no doubt the enthusiast choice for Ford's mid-size sedan, its price likely made it a tough sell. The model started at $41,655 for the 2019 model year and includes a gloss-black mesh grille, spoiler, quad-tip exhaust, carbon-fiber-looking trim inside. Those looking for similar appointments will need to check into a Ford Edge ST, which also uses the same 2.7-liter turbocharged V-6 engine and carries many of the same sporting cues.

However, the Edge ST makes the Fusion Sport look like a bargain. The former starts at $43,350 before additional options. For those who want even more room and a sporting powertrain, the Explorer ST will arrive for fast and furious soccer hauling duty and start at $55,835.

Ford has already culled the Fiesta and Focus from its portfolio, which leaves the Fusion as the final sedan available from the Blue Oval. Rumors swirled in 2018 that the model could be reborn as a lifted wagon of sorts (think Subaru Outback, Buick Regal TourX), but so far, no solid information has shed light on the possibility. The only passenger car Ford plans to sell in the U.S. is the Mustang and its variants after Fusion production ends.