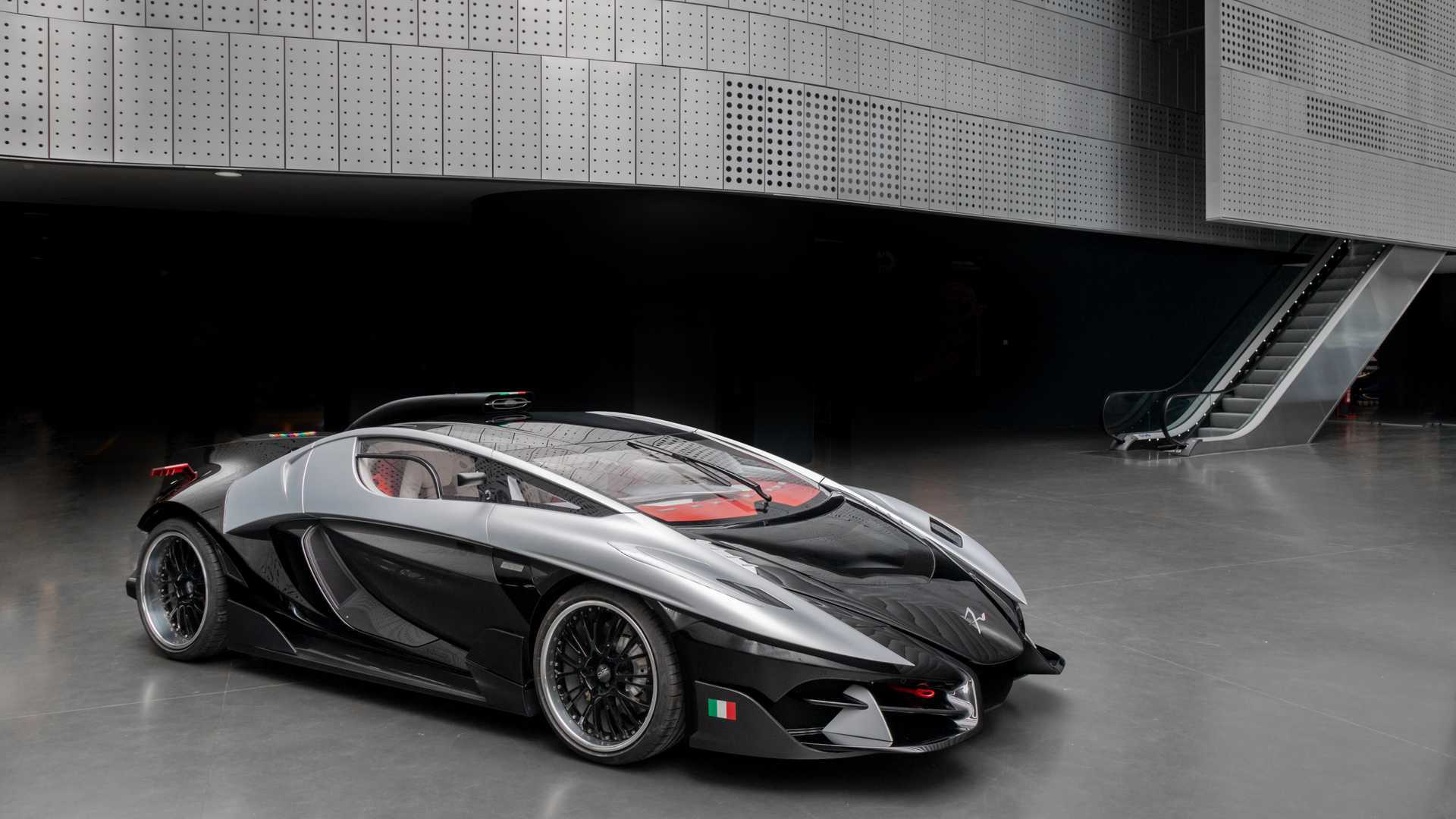 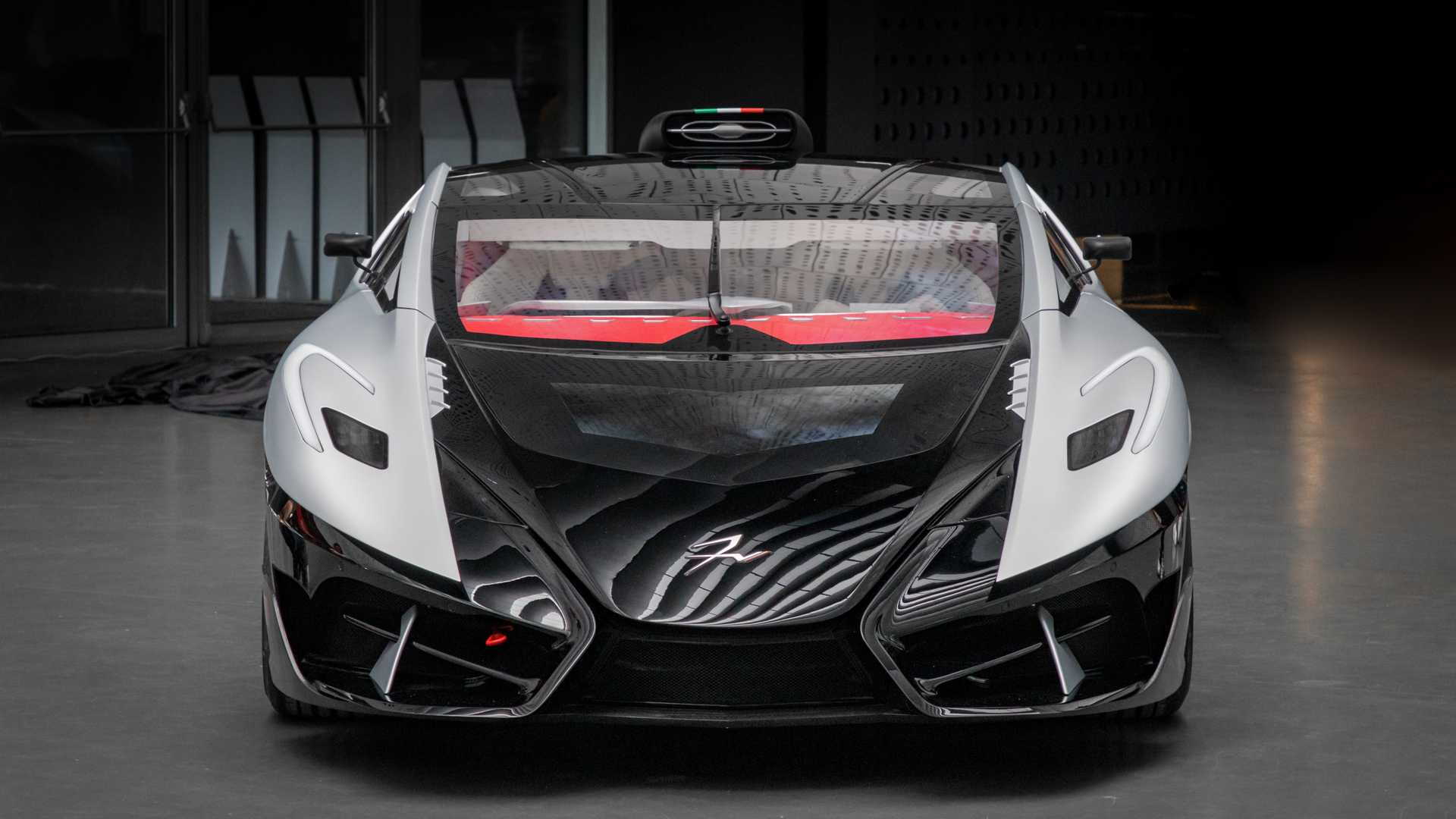 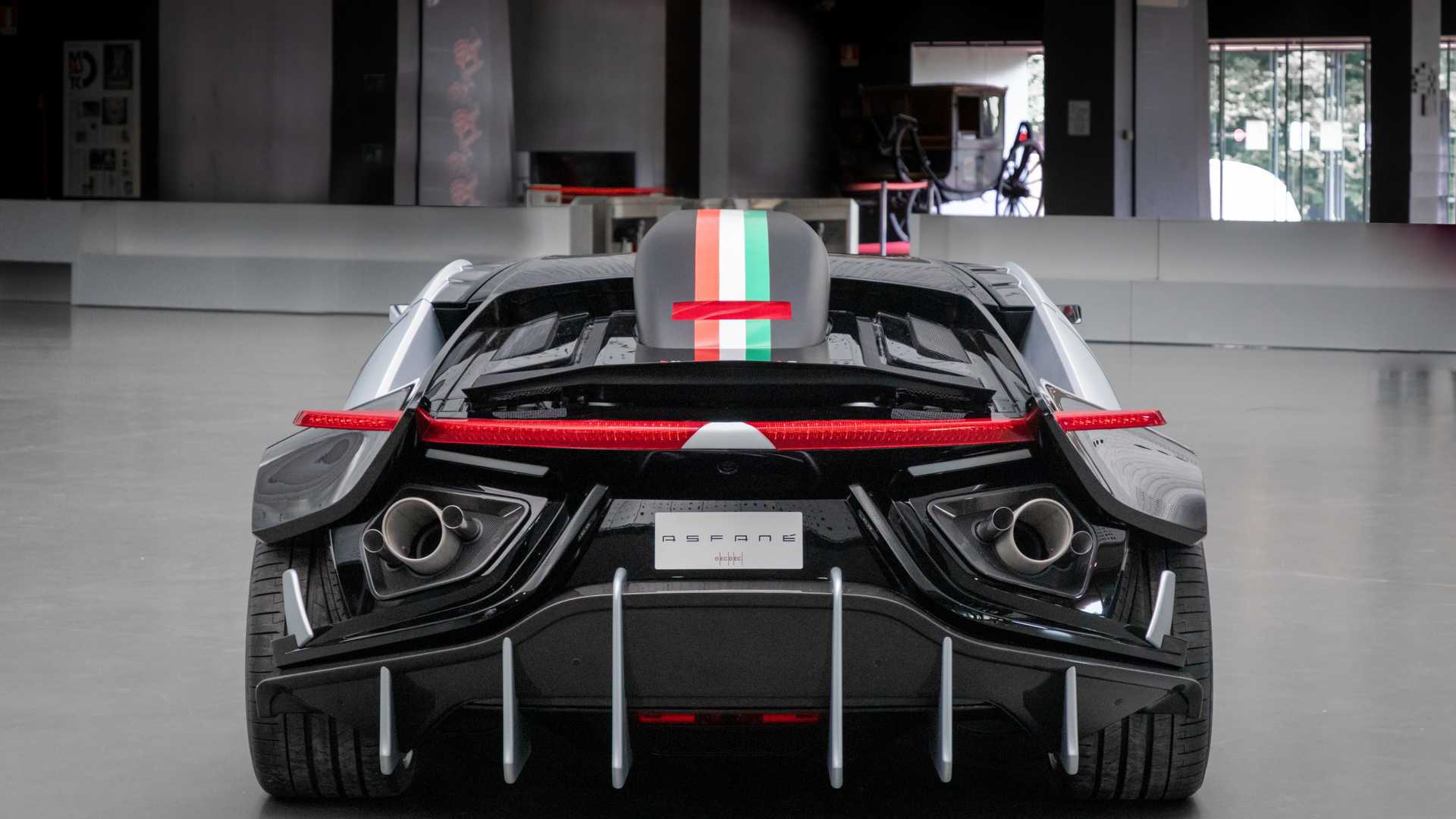 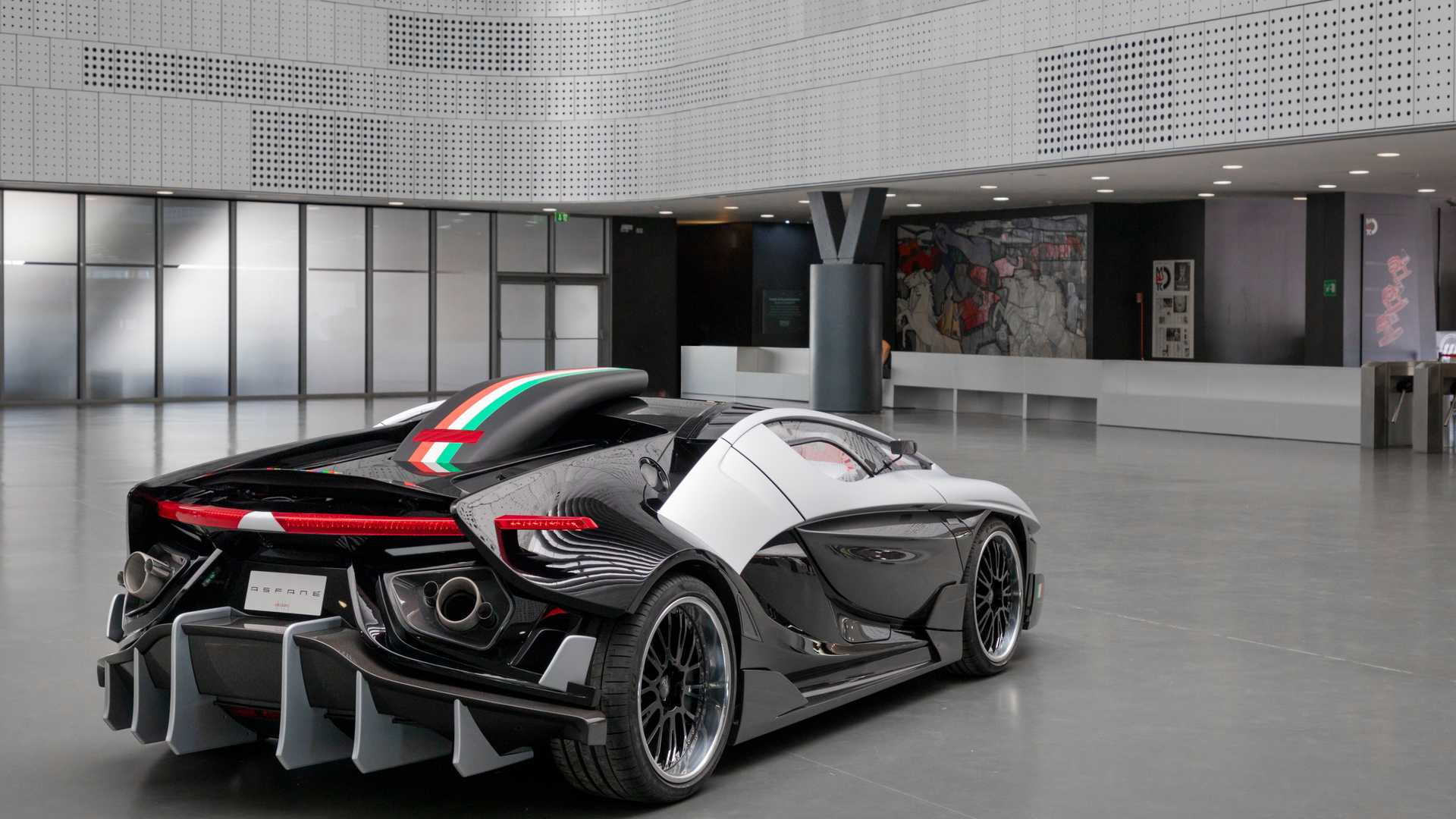 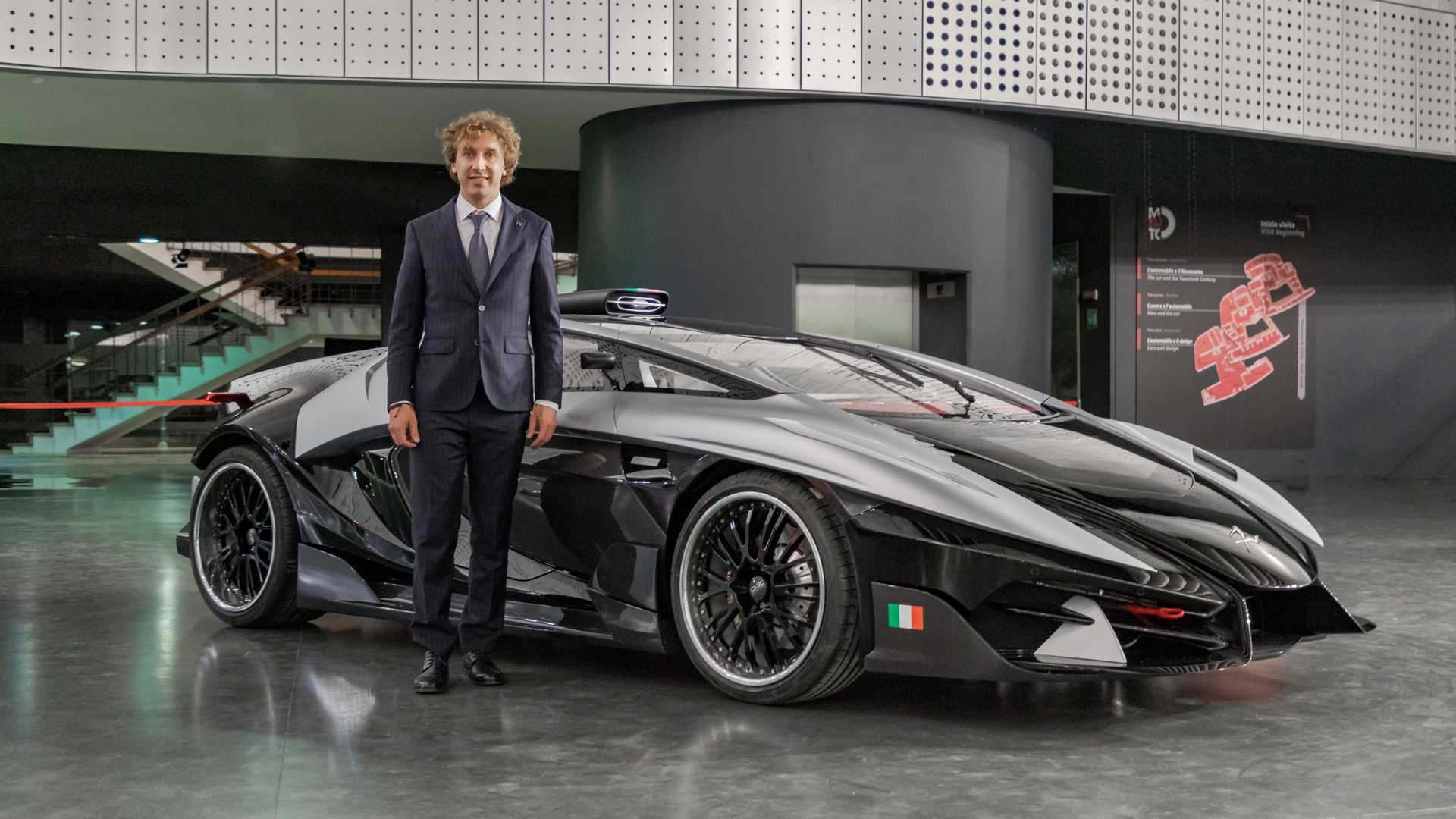 In 2017, an Italian firm by the name of Frangivento unveiled an oddball supercar concept complete with a built-in fish tank.

The company has now unveiled a follow-up, this one claimed to be a prototype closer in spec to an envisaged production model, and sadly the fish tank is no more.

What you get instead is a hybrid powertrain claimed to generate a peak 996 horsepower, or 10 horses more than the Ferrari SF90 Stradale, Italy's other hybrid supercar. The car also boasts aluminum and carbon fiber construction and gullwing doors.

Frangivento unveiled the prototype, dubbed the Asfanè DieciDieci, on May 30 at a private event held in Turin, Italy. There, the company revealed that the car packs a 5.4-liter turbocharged V-10 engine mated to an 8-speed automatic to power the rear wheels and two electric motors to power the front wheels.

The DieciDieci portion of the name, Italian for “TenTen,” is a reference to the 996 peak hp rating, which is 1,010 in the metric horsepower figures used in Italy.

Speaking with La Stampa at the reveal, Frangivento founder Paolo Mancini said the company has already received expressions of interest from potential customers in China, Italy and Middle East. Pricing hasn't been set but, depending on the specification, could reach up to $2.25 million.