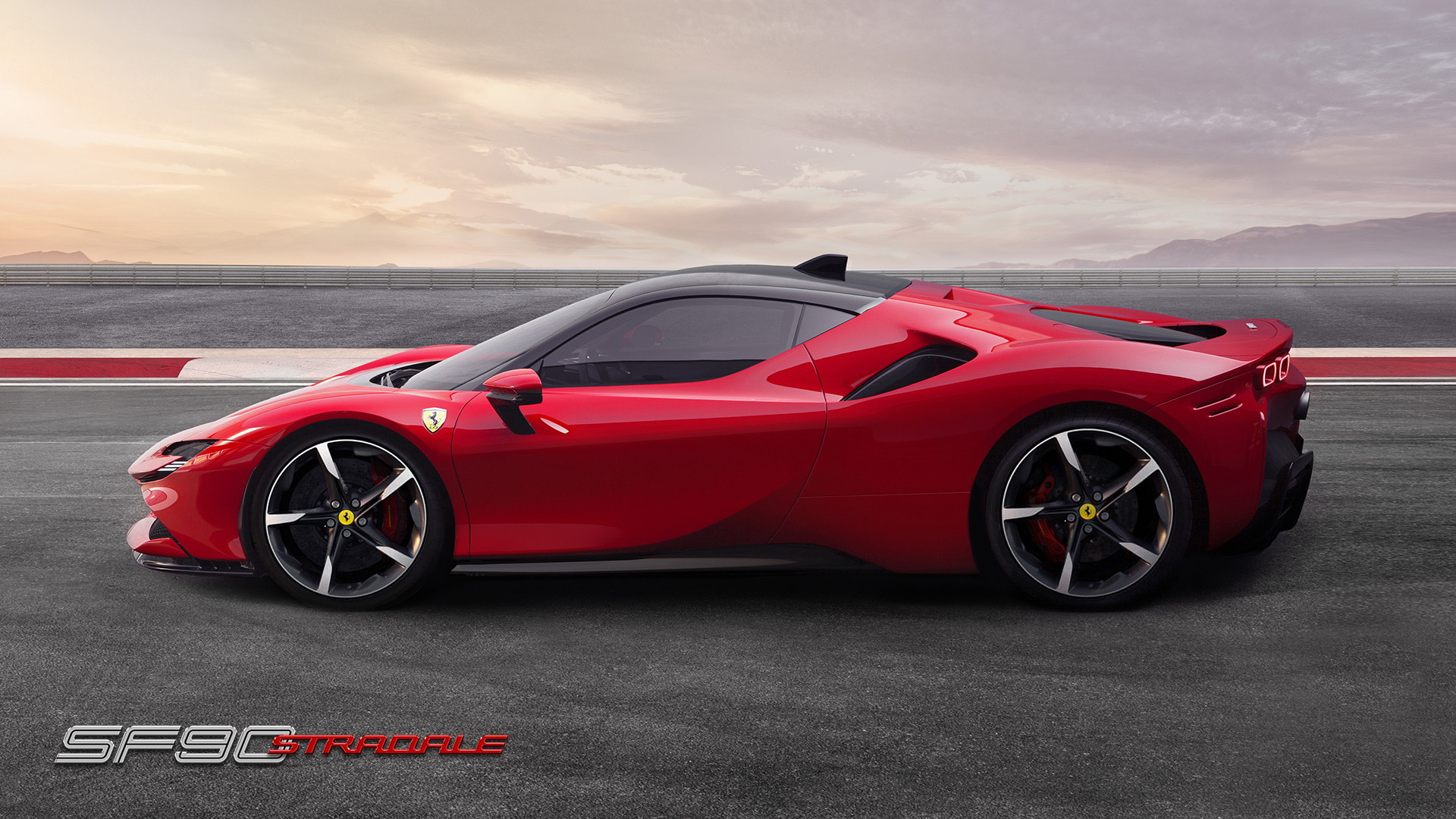 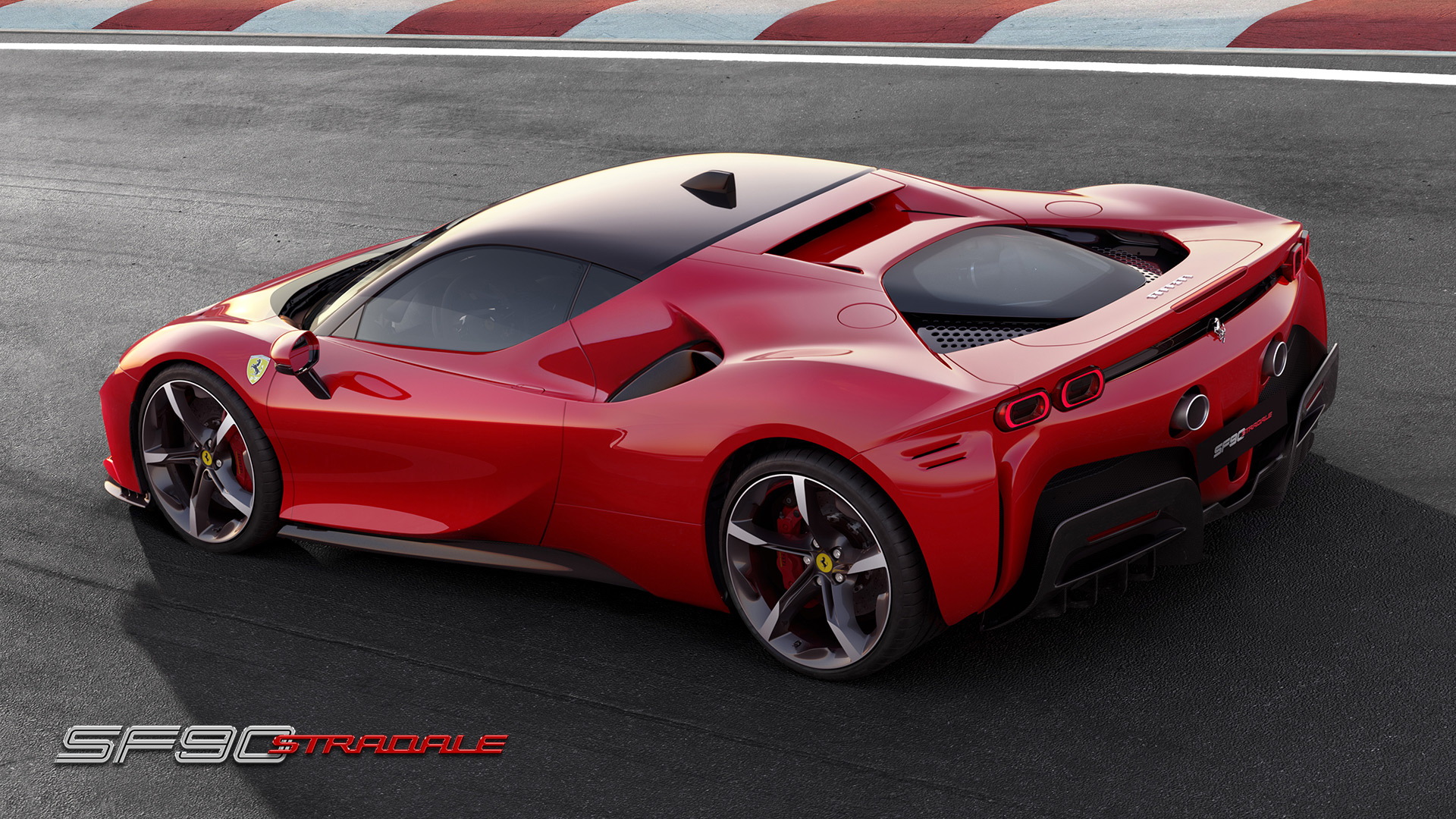 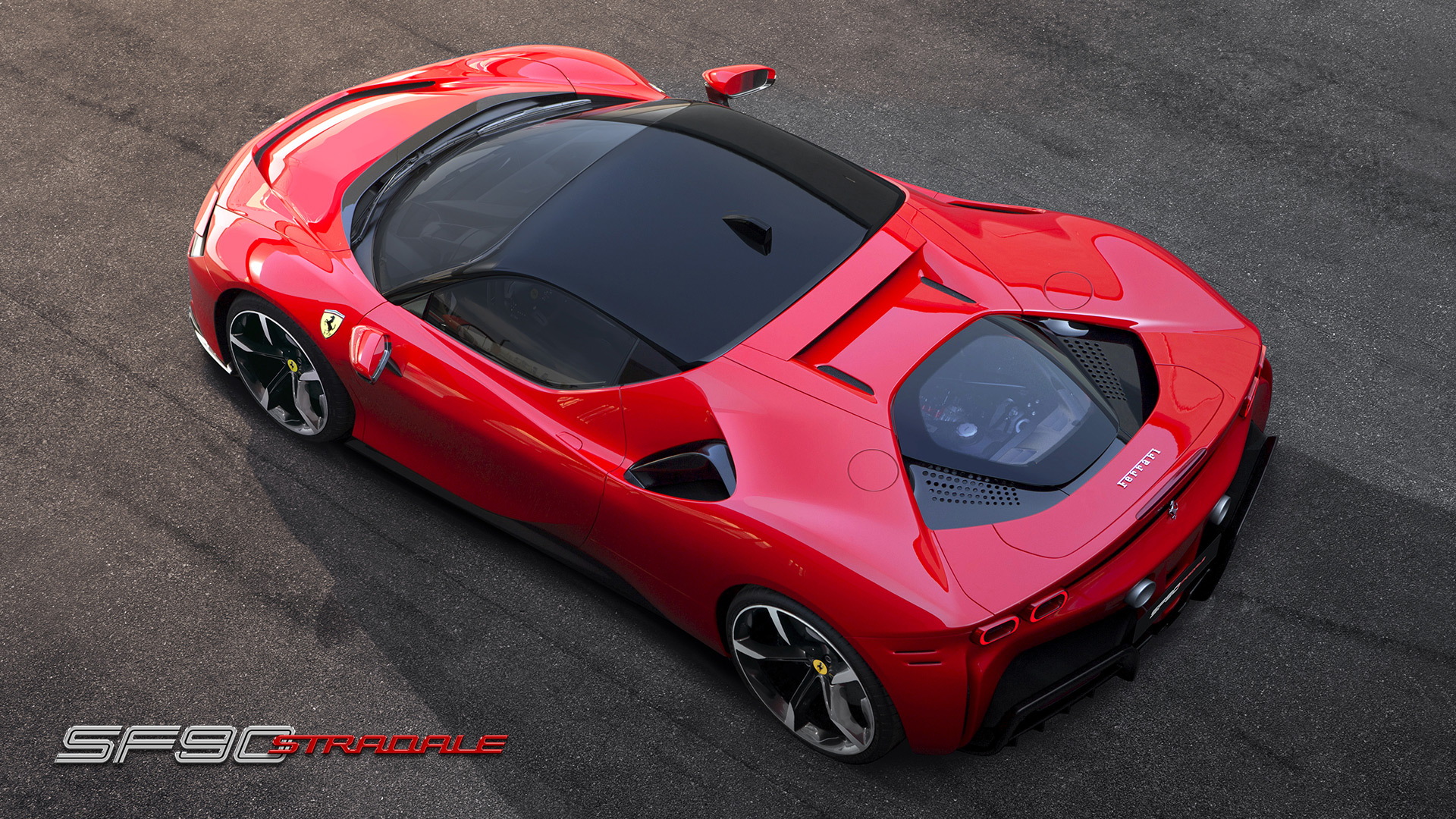 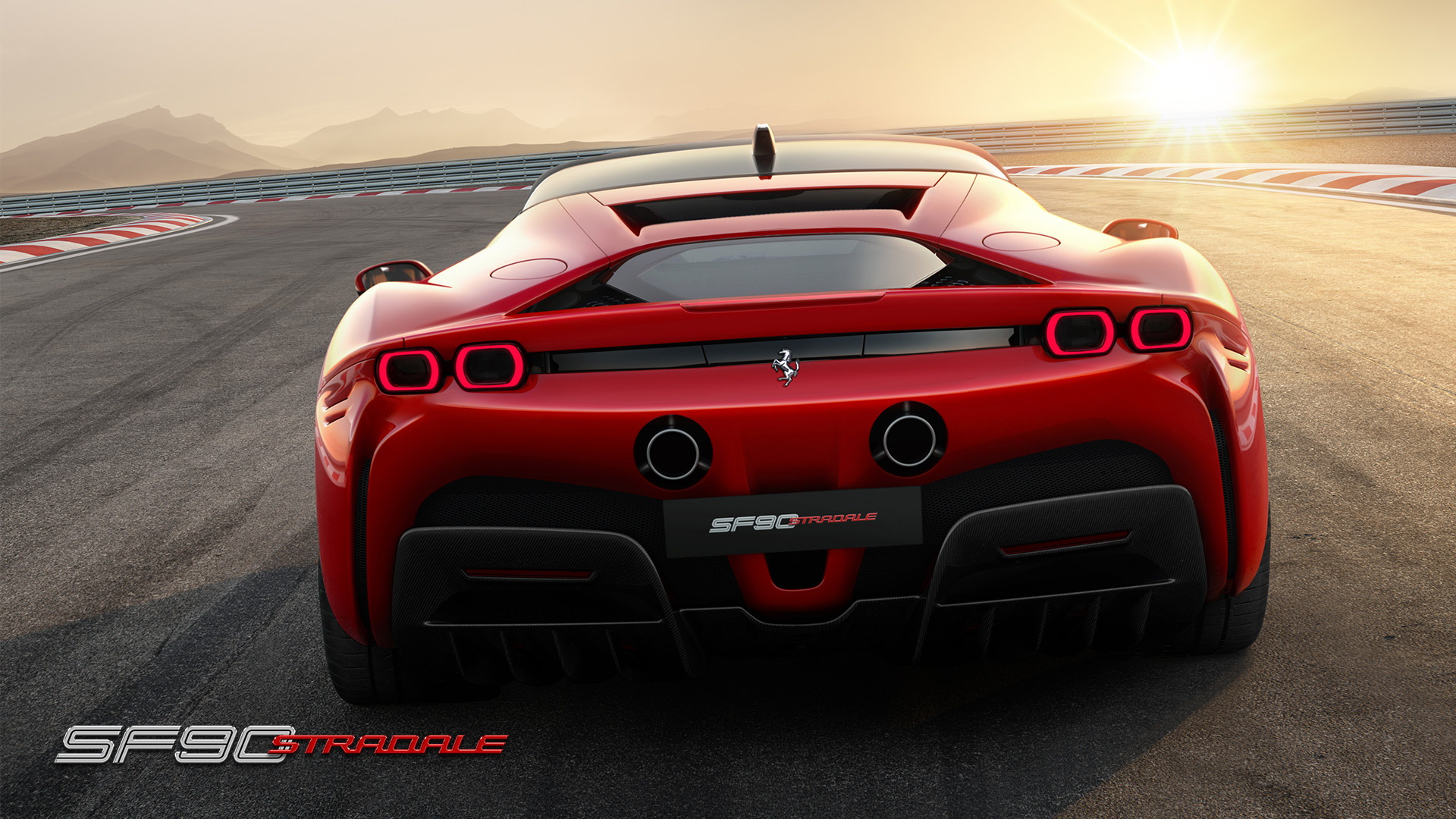 Ferrari has expanded its lineup with a new model sitting above the 812 Superfast. It's called the SF90 Stradale, and it's a mid-engine hypercar boasting Ferrari's next-generation hybrid technology.

You'll recognize the SF90 portion of the name as the same used by Ferrari's 2019 Formula 1 race car. It celebrates this year's 90th anniversary of the Scuderia Ferrari race team—yes, Ferrari was racing well before it built any cars—and also hints at the technology transfer from the F1 car to the new hypercar, hence the Stradale portion, the Italian word for “road.”

Unlike Ferrari's last hybrid, the LaFerrari, which was really just a mild hybrid, where the electric motors only aided the engine, the SF90 Stradale is a plug-in hybrid with a powerful 3-motor electric drive system that can carry the car approximately 15 miles before the engine needs to kick in. The engine in this case is a 4.0-liter turbocharged V-8 related to the unit in the F8 Tributo, and it delivers 769 horsepower on its own, or more than any previous production Ferrari V-8. Add in the trio of electric motors and SF90 Stradale delivers a combined 986 hp, making it the most powerful Ferrari road car yet.

One of the electric motors is positioned between the engine and a new 8-speed dual-clutch transmission and either helps drive the rear wheels or recapture brake energy. Ferrari even calls it a MGUK (Motor Generator Unit, Kinetic), the same name used for the technology in F1.

Naturally, you'll need all power sources working for the car's maximum performance. According to Ferrari, the SF90 Stradale will accelerate to 62 mph in 2.5 seconds, reach 124 mph in 6.7 seconds, and top out at 211 mph. Ferrari also quoted a 1:19 lap time for its Fiorano test track, which is 0.7 seconds quicker than the LaFerrari's time.

As for the design, it combines elements of the F8 and last year's SP38 Special Projects car. Aerodynamics also played a major role in shaping the design, with elements like the low engine cover and rear diffuser, helping to boost downforce. There's also an active element at the rear that helps to control air flow over the car, adjusting for low drag at high speeds and high downforce through corners. Ferrari calls it the shut-off Gurney.

Moving inside, the instrument cluster is a new 16-inch digital screen that, together with a head-up display, provides all of the vital info to the driver. Ferrari has also moved almost all of the controls into the direct view of the driver. They include touch-compatible surfaces, one of which is a pad on the right-hand spoke that allows the driver to navigate the instrument cluster screen. There are also the traditional controls including Ferrari's signature steering-wheel mounted headlight control, windscreen wipers, indicators and the Manettino, otherwise known as the driving modes selector.

There's one other major difference between the LaFerrari and the SF90 Stradale. Ferrari's newest hypercar won't be a limited edition built for one year only. Instead, it will have a regular production cycle, meaning you likely won't have to give up your first born to own one, assuming you can afford one.

The SF90 Stradale is one of five Ferraris being unveiled this year (the F8 was another). It's also one of 15 new cars or derivatives Ferrari will add by 2022, with about 60 percent of these to be hybrids. Beyond this date the Prancing Horse will launch its first electric car, CEO Louis Camilleri has confirmed.

The shift comes as Ferrari plans to boost production output with the Purosangue SUV due around 2022, which will forfeit the company's exemption from CO2 regulations. Ferrari has sold fewer than 10,000 cars per year, which kept it out of regulations' targets. In 2021, the European Union will implement stricter emissions regulations Ferrari will need to adhere to as its sales volumes expand with the SUV.