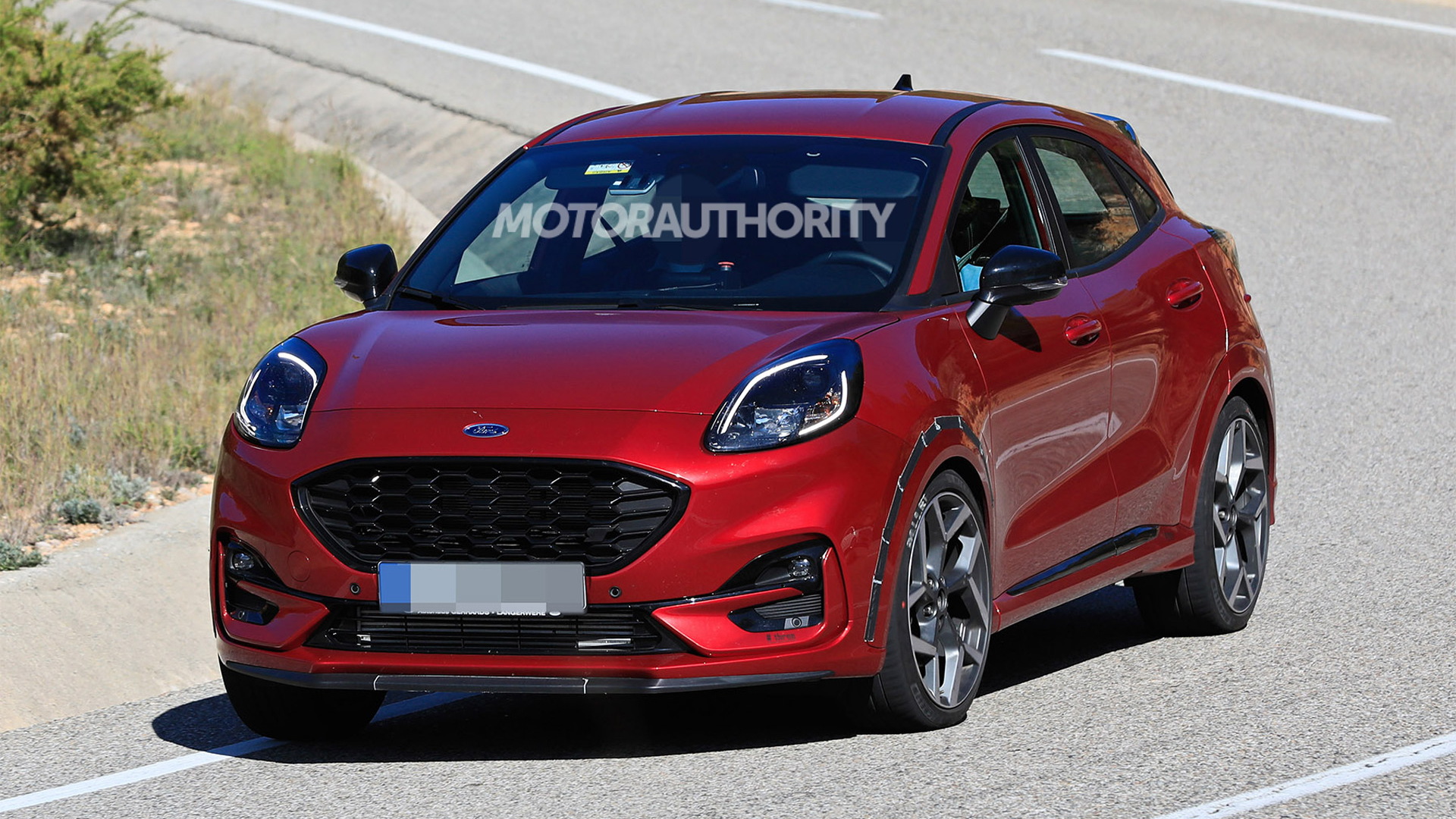 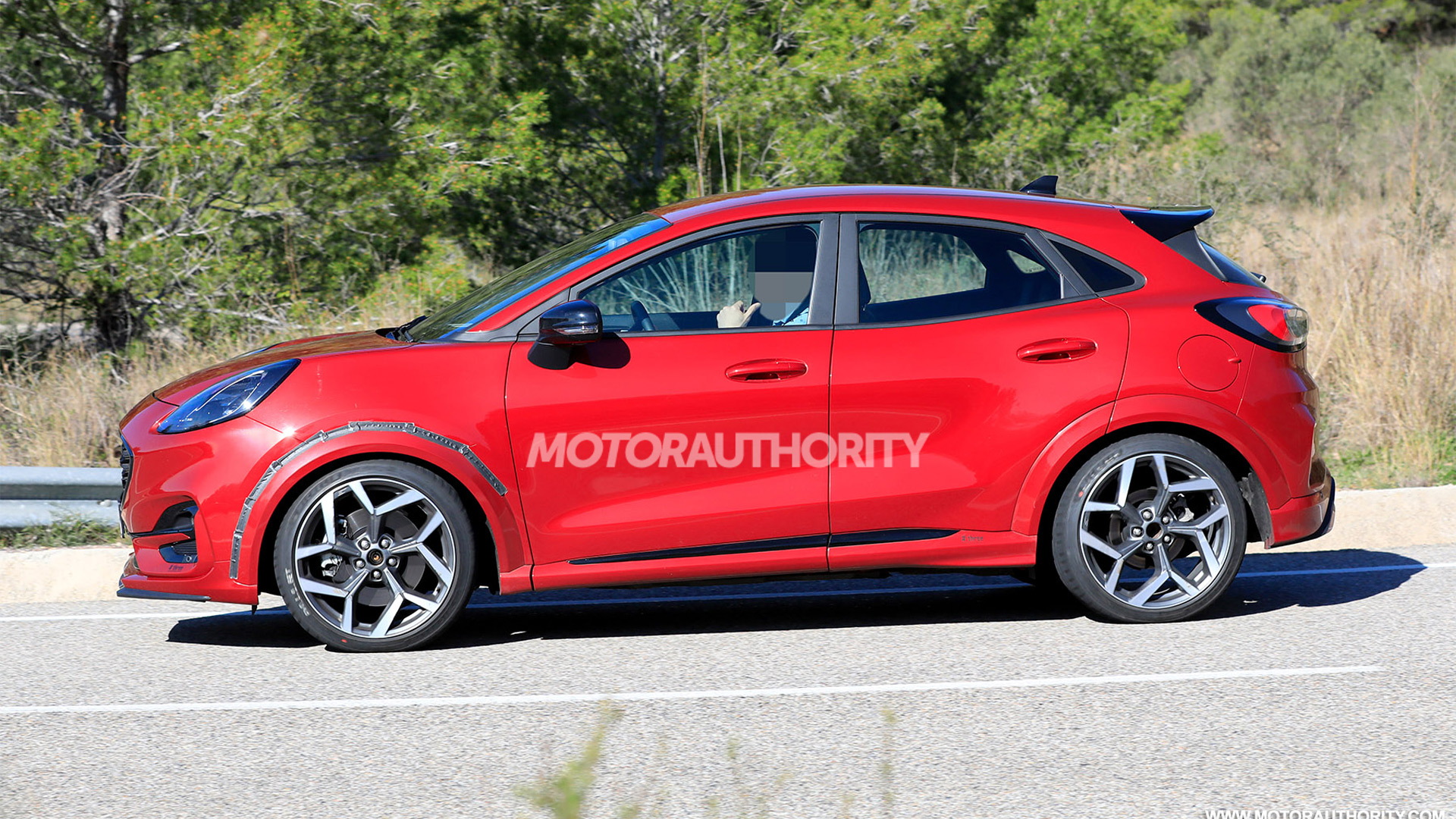 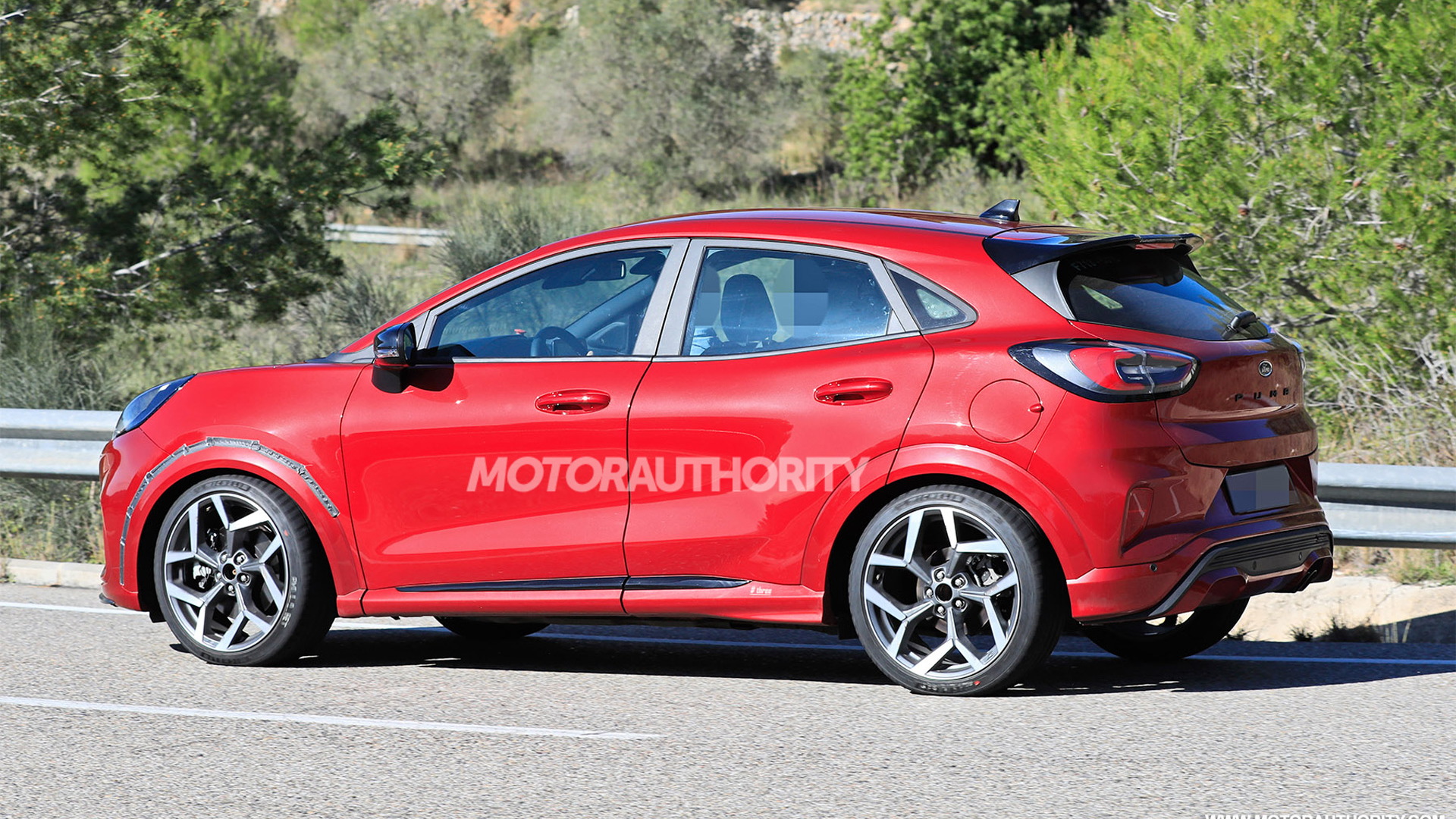 Ford launched a new subcompact crossover last June based on the same running gear as the latest Fiesta—the one we don't get here in the United States. And like the hatch on which it is based, it isn't headed here either.

The new crossover goes by the name Puma, and a prototype for a future sporty ST version has been spotted sans camouflage gear. That means the debuting must be coming up soon. We'll likely see it at next month's Geneva International Motor Show.

We know the prototype is for a Puma ST because of its dual-tip exhaust, lowered suspension, and sporty wheels.

The ST version of the latest Fiesta is powered by a 1.5-liter turbocharged inline-3 that generates a peak 197 horsepower. It sees the hot hatch reach 60 mph in a little over 6.0 seconds and we expect a similar powertrain and performance for the Puma ST.

Other ST upgrades should include a driving mode selector, brake-based torque vectoring system, and electronic stability control whose severity will also have its own mode selector.

The standard Puma is confirmed with a mild-hybrid powertrain combining a 1.0-liter turbocharged inline-3 with a belt-driven motor-generator, with the setup good for up to 152 hp. The standard Puma also comes with front-wheel drive, and this should be true for the ST version too.

Production of the Puma is handled at Ford's plant in Craiova, Romania. The plant is where Ford builds the Ecosport for the European market, as well as a 1.0-liter engine.

The Puma won't serve as a replacement for the Ecosport as previously thought but will instead complement it as a more stylish urban runabout. Above the two subcompact offerings will sit the upcoming baby Bronco and Escape in the compact segment.

Puma rivals include the Chevrolet Trax, Honda HR-V, Hyundai Kona, Mazda CX-3, and Volkswagen T-Cross, though none of these offer a performance variant yet.