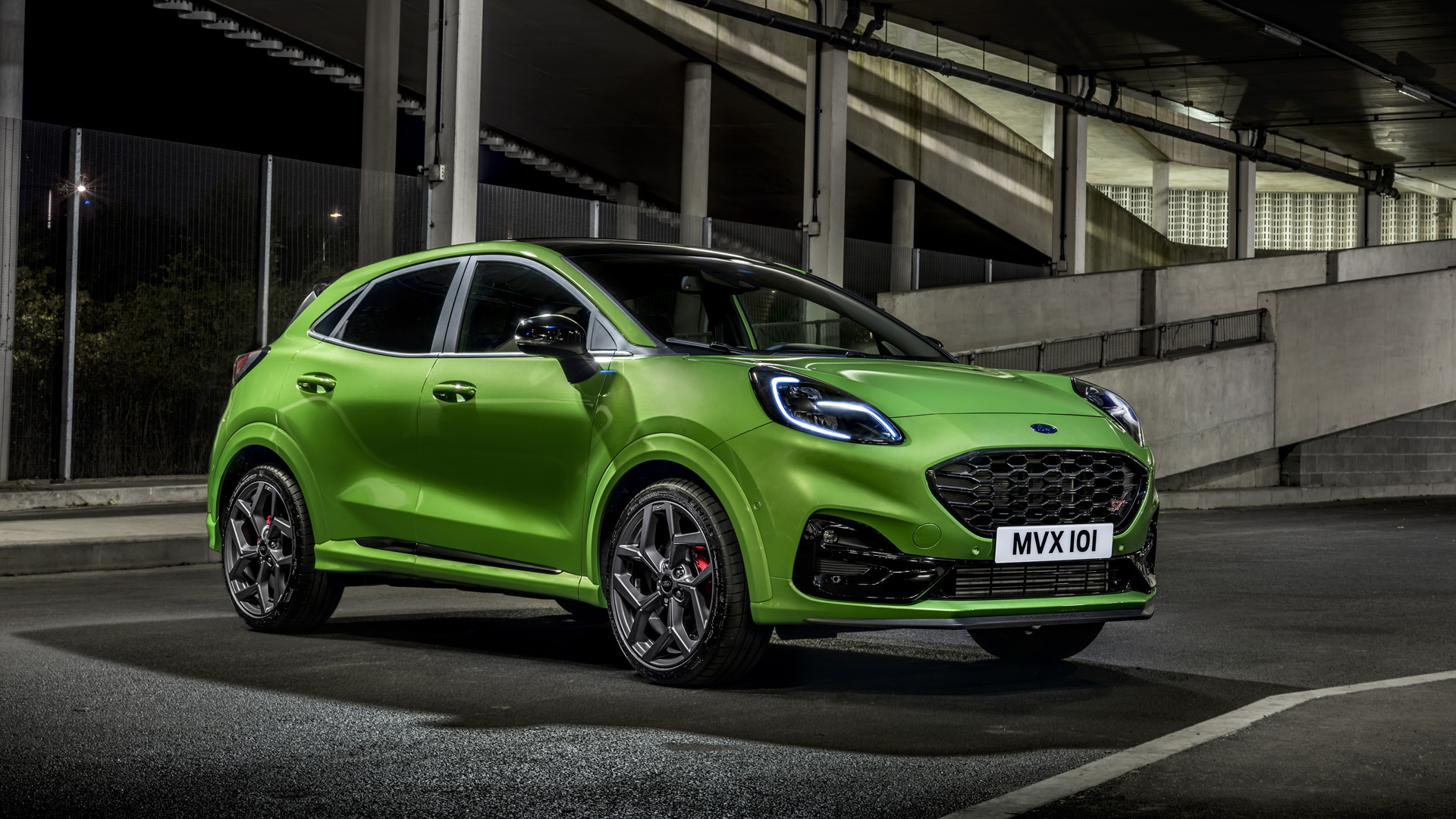 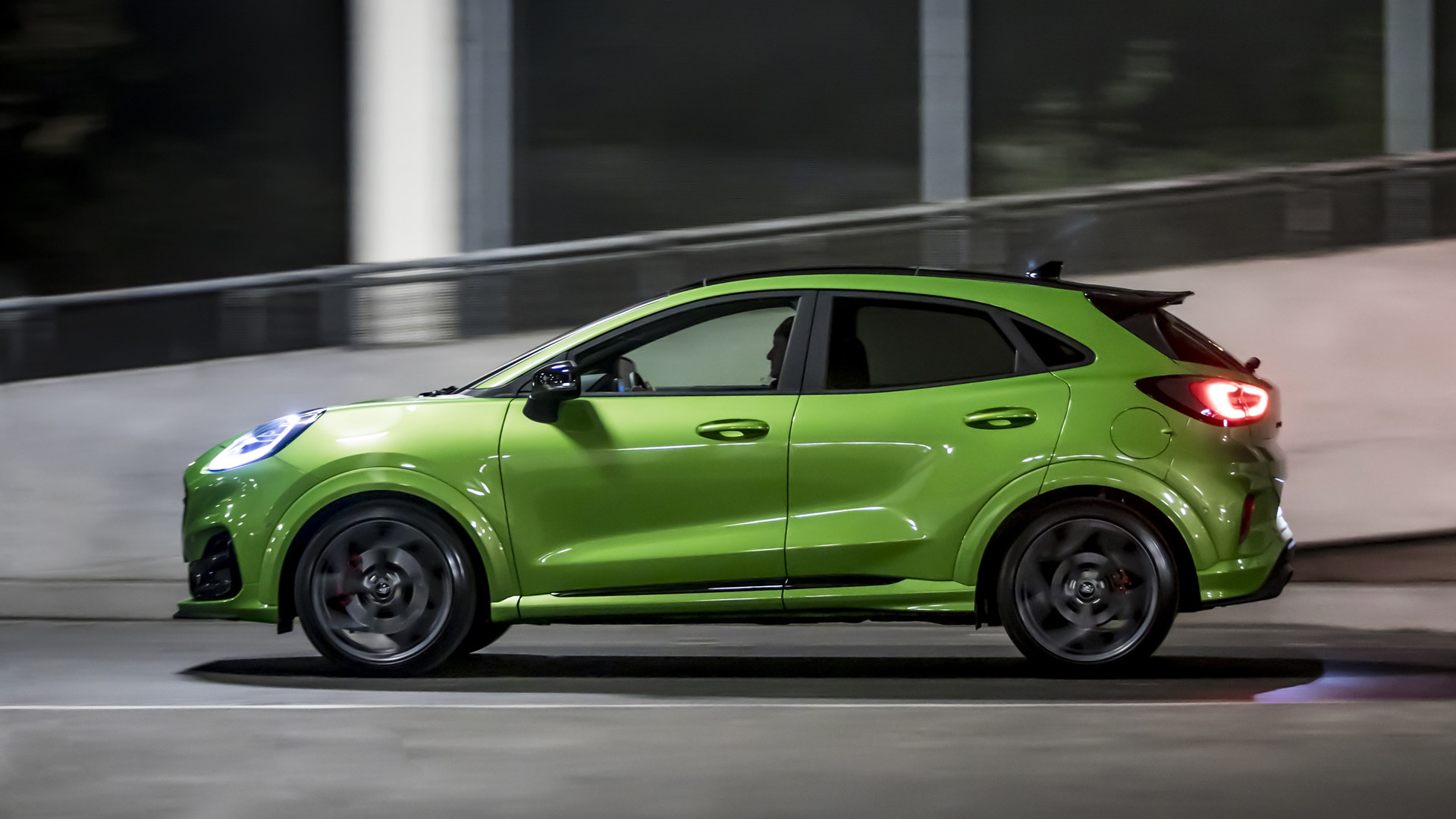 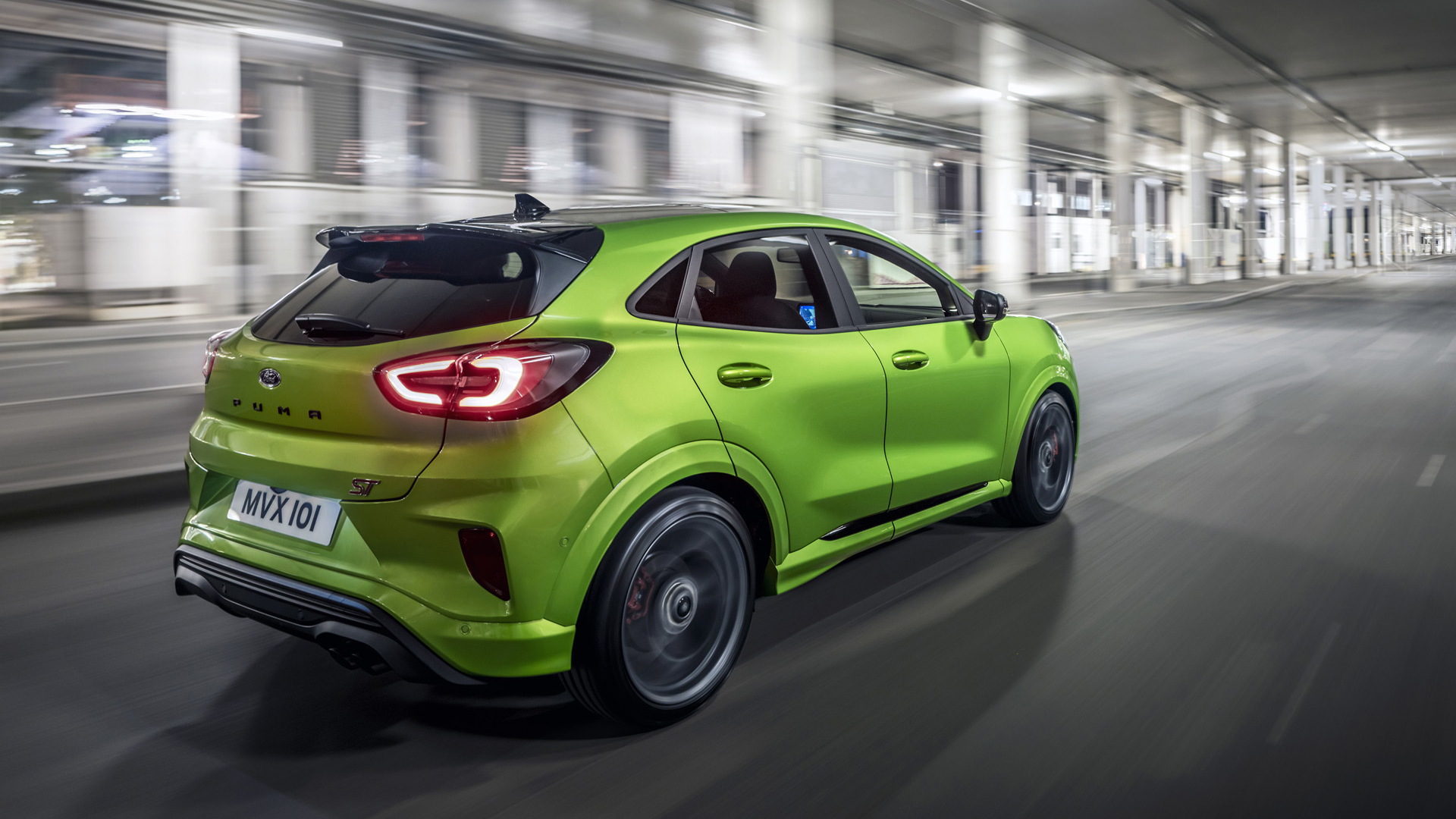 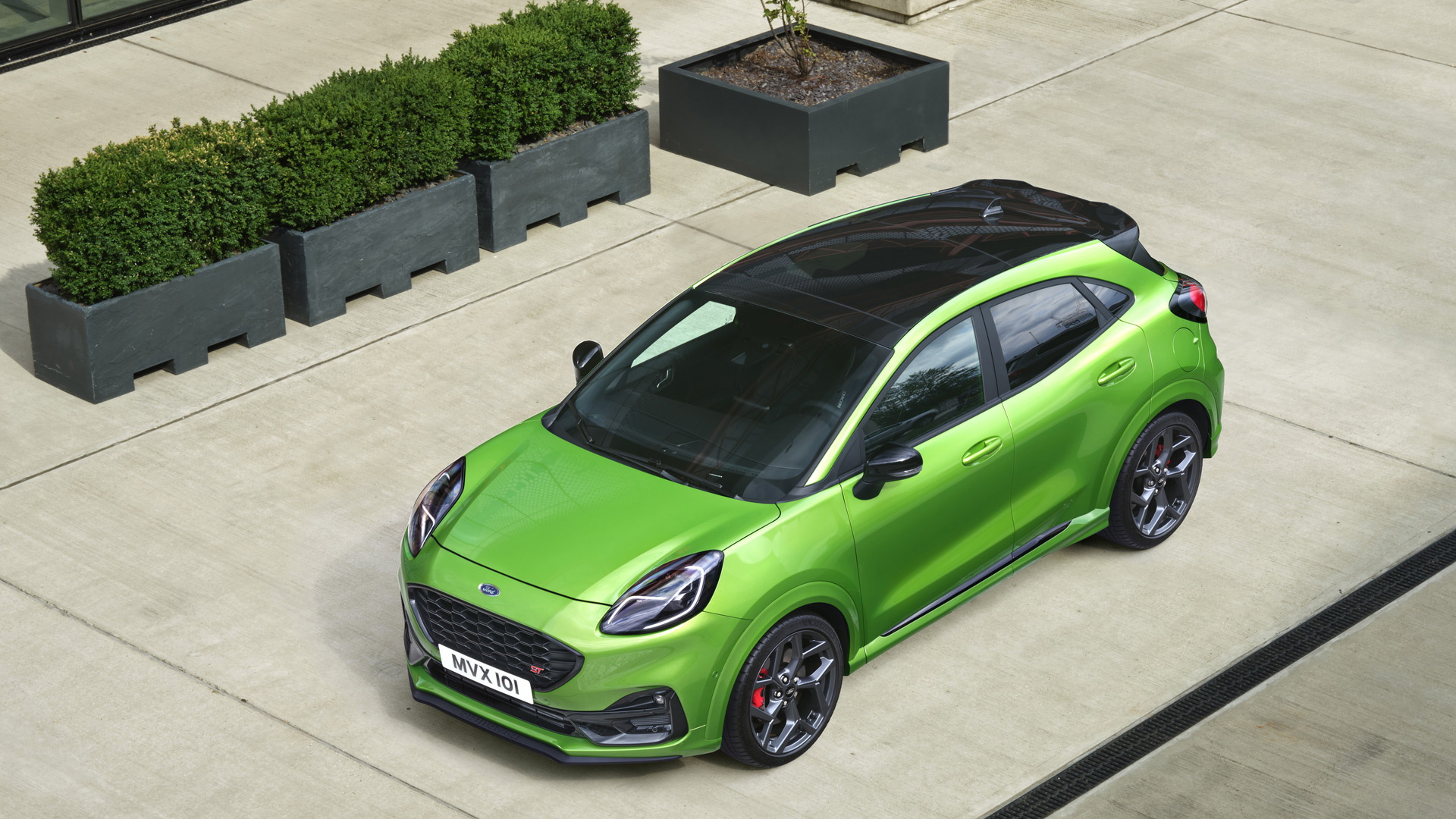 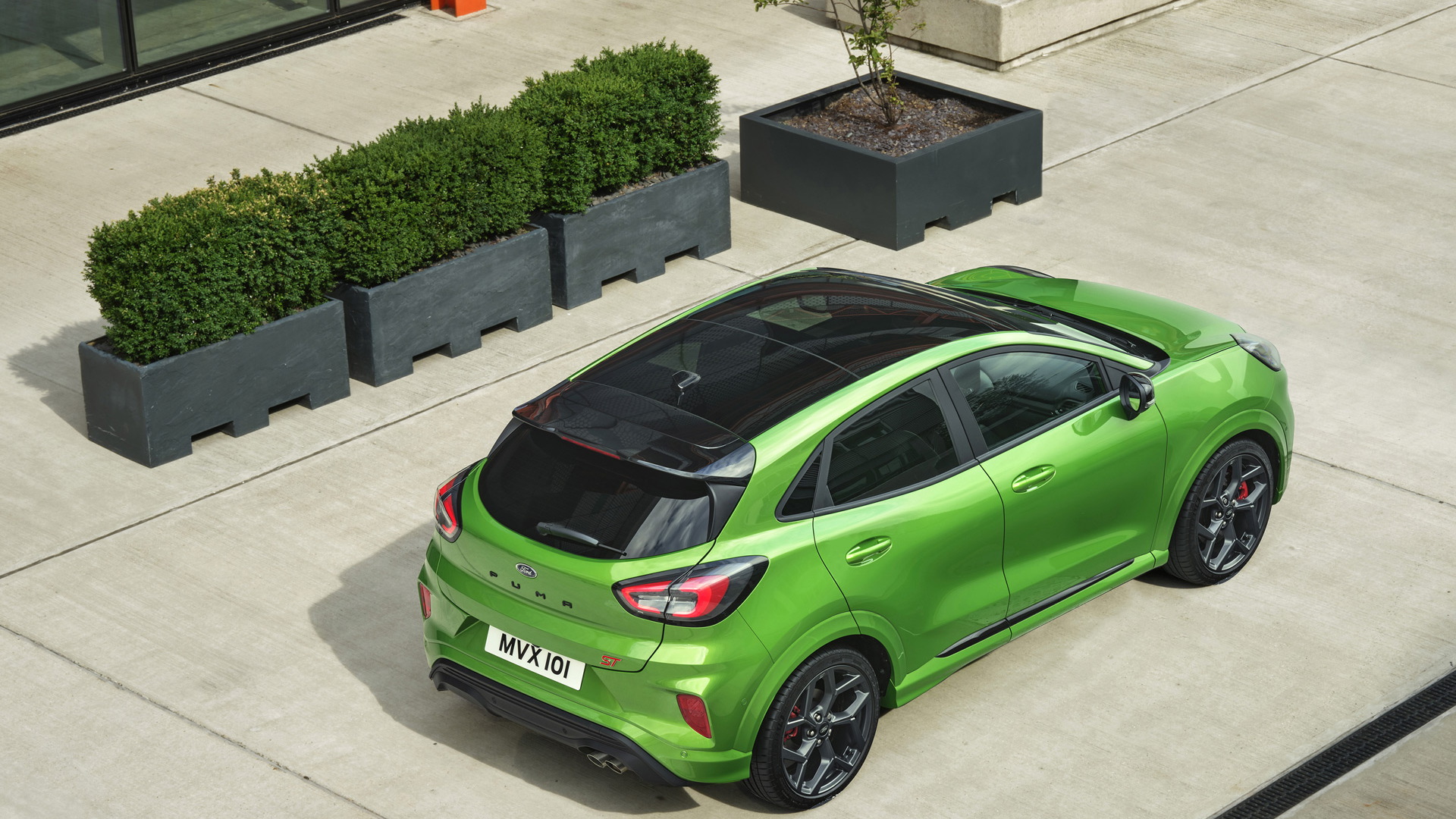 Ford has a new subcompact crossover based on the same running gear as the latest Fiesta—the one we don't get here in the United States. And like the hatch on which it is based, the new crossover isn't headed here either.

The crossover goes by the name Puma, and a sporty ST version was unveiled on Thursday. It packs close to 200 horsepower and sends drive to the front wheels only, making it essentially a high-riding hot hatch.

As expected, the Puma ST is powered by the same 1.5-liter turbocharged inline-3 found in the Fiesta ST, which is good for 197 horsepower and 236 pound-feet of torque. The engine is mated to a 6-speed manual transmission and will hustle the Puma ST from 0-62 mph in 6.7 seconds and to a top speed of 137 mph.

To improve handling at the limit, buyers can opt for a Quaife mechanical limited-slip differential. This works together with a brake-based torque vectoring system to improve grip levels and minimize dreaded understeer. The wheels measure 19 inches across and are fitted as standard with Michelin Pilot Sport 4S tires. 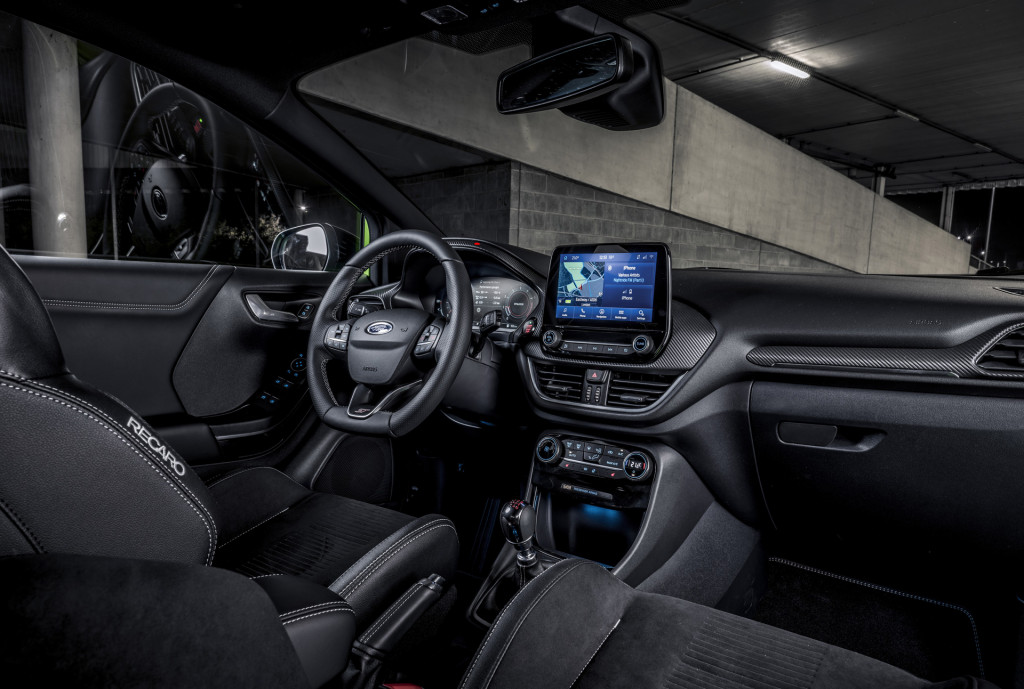 Other ST upgrades include Recaro bucket seats for the driver and front passenger, a drive mode selector, and a tuned chassis with stiffer suspension components, beefier brakes and quicker steering.

Production of the Puma is handled at Ford's plant in Craiova, Romania. The plant is where Ford builds the Ecosport for the European market, as well as a 1.0-liter engine.

The Puma isn't a replacement for Ford's other subcompact crossover, the Ecosport. Instead, it complements the Ecosport as a more premium and stylish urban runabout. Above the two subcompact offerings sit the Bronco Sport and Escape in the compact segment.

Puma rivals include the Chevrolet Trax, Honda HR-V, Hyundai Kona, Mazda CX-3, and Volkswagen T-Cross. Only the Kona offers a performance variant, in this case the new Kona N Line packing 195 hp. The Kona will also spawn a more powerful Kona N in the near future, and both N models are expected to reach the U.S.