Volvo's new cars and SUVs will strike up a conversation with one another come 2020. The automaker announced Monday that every new car sold in Europe will be fitted with its latest connected-safety technology that can warn other Volvo drivers about road conditions or vehicle crashes.

Volvo calls the features its Hazard Light Alert and Slippery Road Alert, which rolled out in 2016 on the brand's 90-series cars, but was relegated to Sweden and Norway. Now, all 2020 model year Volvos will feature the technology across Europe. Motor Authority reached out to Volvo to learn if U.S. drivers will be treated to the technology and a spokesman confirmed there are plans for an introduction. However, Volvo isn't ready to say when it will be ready for the U.S. 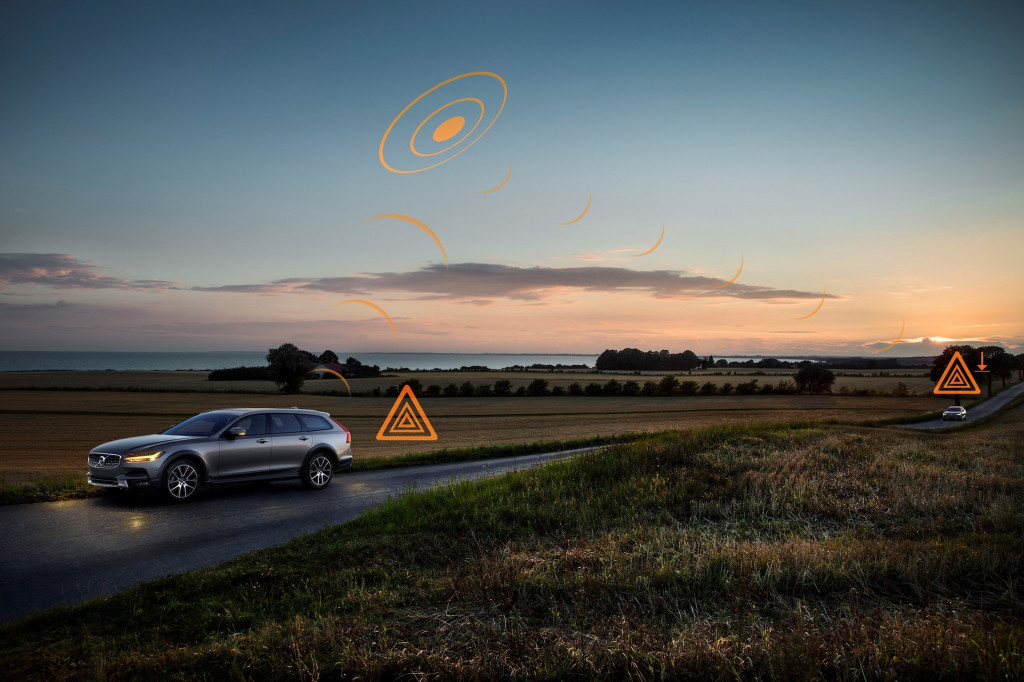 The technology works over a cloud-based network that all Volvo cars will be connected to. From there, every car will anonymously collect data as it drives for the Slippery Road Alert. If the car detects a slick patch of road, it will send the data to other cars. The receiving car translates the message from the sending car to warn drivers that road conditions are poor ahead.

For Hazard Light Alert, the driver must engage the hazard lights to activate a conversation between Volvo models. Should a driver encounter a crash or other obstacle, he or she can flip the hazards on, which warns other Volvo drivers of the incident. The brand said this is particularly useful on roads that may have blind spots, such as a hill's crest or blind corners. The company said the more cars it has sharing this kind of data, the safer roads will be. Volvo added it encourages automakers to join together and begin sharing anonymous data to help build an ecosystem of connected cars.

Many automakers plan to introduce a type of connected car technology, often called vehicle-to-vehicle (V2V) technology. Others are already equipping it, such as Cadillac and Mercedes-Benz.

Volvo's latest announcement follows a series of proactive steps it has taken to shore up safety. It plans to limit future cars to a speed of 112 mph and install cameras to monitor driver behavior. The cameras will tell the car to intervene if they detect drunk or distracted drivers.