One Jaguar's scrap is another model's treasure, at least it will be soon.

The British automaker last week started to develop the second phase of its materials repurposement program. In this case, old Jaguars will provide materials to build new ones.

Specifically, Jaguar will recycle aluminum from old models and use the same materials to manufacture new cars. In the process, the aluminum will become a new higher-grade material, too. The development for the second phase of what Jaguar calls its "closed-loop strategy" has begun with pre-production Jaguar I-Pace SUVs that need to be scrapped. The electric SUVs have their batteries removed (which are also recycled or placed into a second life) and a scrap process sorts the various materials. Advanced sensors identify the aluminum, which is pulled out, melted, and reformed. 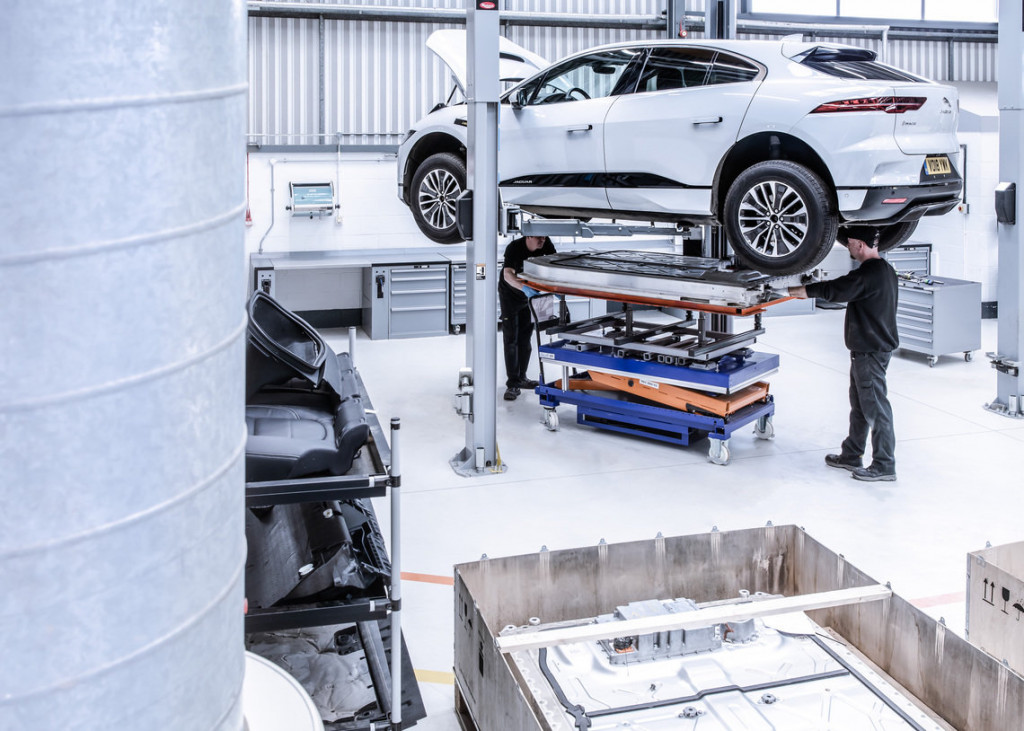 The benefits are clear. Jaguar uses less raw materials per new car built, which saves money and the environment and also further reduces CO2 production. The brand said it's already reduced CO2 produced per car manufactured by 46 percent, though it's committed to cutting carbon further.

While the new process is only in a test phase, Jaguar has already been recycling aluminum in other manners for years. Since 2013, around 300,000 tonnes of aluminum have been processed into the company's aluminum architecture that underpins its vehicles. In 2014, the Jaguar XE became the first car ever to include a specific aluminum alloy grade in its body panels, which was made of 75 percent recycled aluminum.

In the future, the new recycling program should go hand-in-hand with shared fleets of cars. When Jaguar deems a fleet is ready for retirement, it can call the cars back for recycling and use the same materials to manufacture new vehicles. The economies of scale will make for an efficient recycling process that's easier on the Earth, Jaguar believes.