There was heartbreak for Charles Leclerc on Sunday at the 2019 Formula 1 Bahrain Grand Prix, with reliability issues stealing a likely first victory for the Ferrari newcomer.

Leclerc was the fastest all day but with 15 laps of the Bahrain International Circuit remaining, his car's power unit went into limp model (later discovered to be an engine issue), allowing Mercedes-AMG's Lewis Hamilton and Valtteri Bottas to pass.

A late safety car period due to two other cars stopping on the track at the same time, in this case the two Renaults, meant the positions were frozen, so Leclerc could at least hold onto third place and enjoy the satisfaction of his first F1 podium finish. The last time a driver from Monaco made the podium was during F1's inaugural season in 1950. That driver was Louis Chiron, who finished third in the Monaco Grand Prix.

Leclerc started Sunday's race at pole, with his teammate Sebastian Vettel at second on the grid. Vettel got the better start and Leclerc also fell back behind Bottas, though by the second lap Leclerc was already able to get the best of the Mercedes driver. 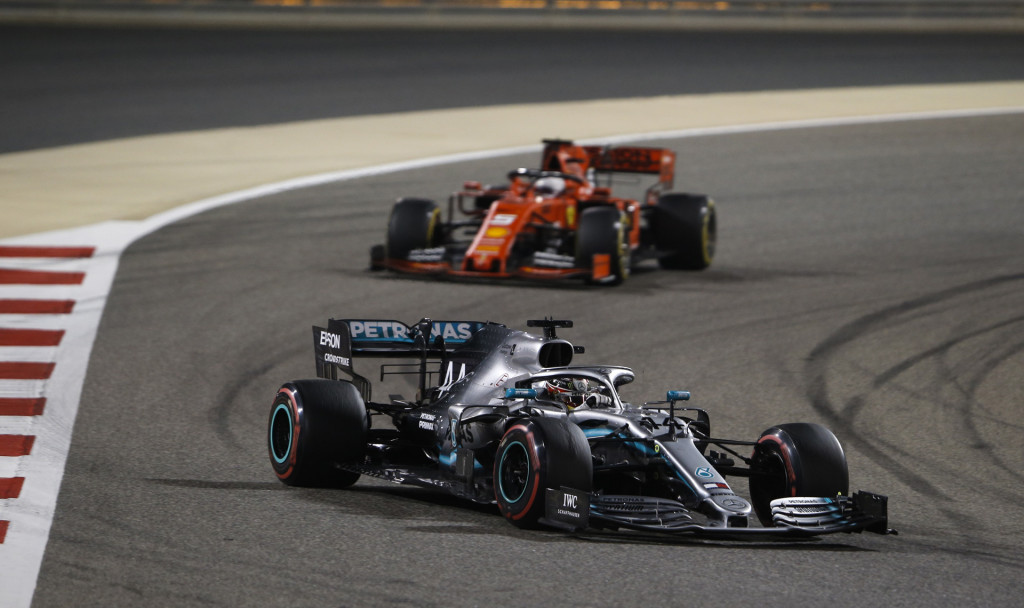 After a second pit stop on lap 35. Vettel was in the lead but the German soon ended up spinning and lost his front wing. After being forced to stop for a new nose, Vettel rejoined ninth and charged up the order, passing Alfa Romeo's Kimi Raikkonen then McLaren's Lando Norris, and Renault's Daniel Ricciardo and Nico Hulkenberg, to claim fifth place.

Leclerc came in for his own second stop on lap 36 but due to Vettel's snafu was able to take the lead spot after the stop. He also set the fastest lap which earned him a bonus point.

Neither Mercedes driver was able to match the pace of their Ferrari rivals, with Bottas in particular struggling with the tires on the very abrasive asphalt. Meanwhile, Aston Martin Red Bull Racing's Max Verstappen ran another consistent race to finish fourth.

After Sunday's result, Bottas still leads the 2019 Drivers' Championship with 44 points, though Hamilton is close behind with 43 points. In third place is Verstappen with 27 points. Mercedes leads the Constructors' Championship with 87 points followed by Ferrari with 48 points and Red Bull with 31. The next race on the calendar is the Chinese Grand Prix in a fortnight. 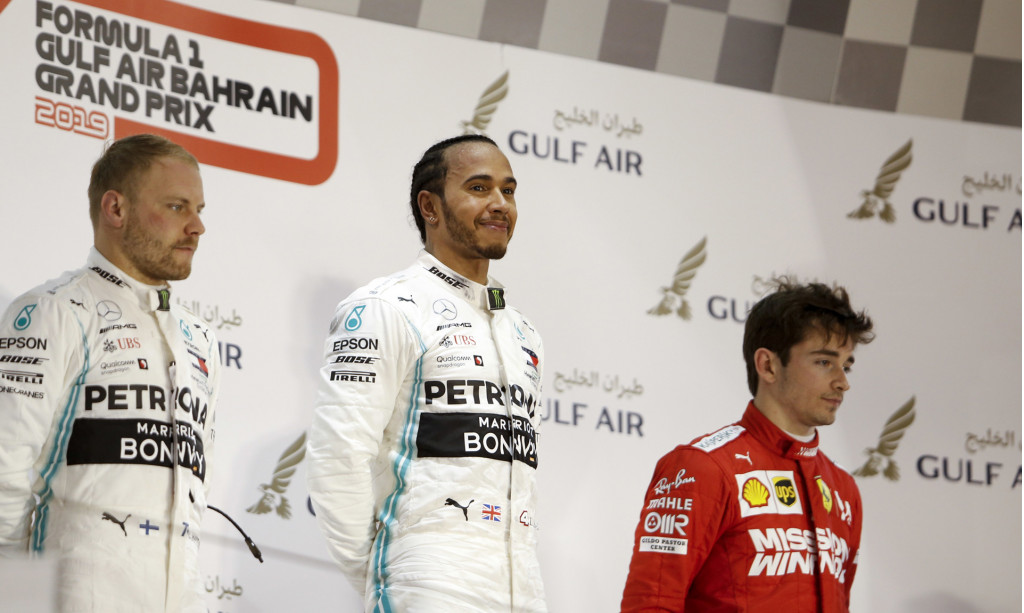 Below are the full results from the 2019 Formula 1 Bahrain Grand Prix.