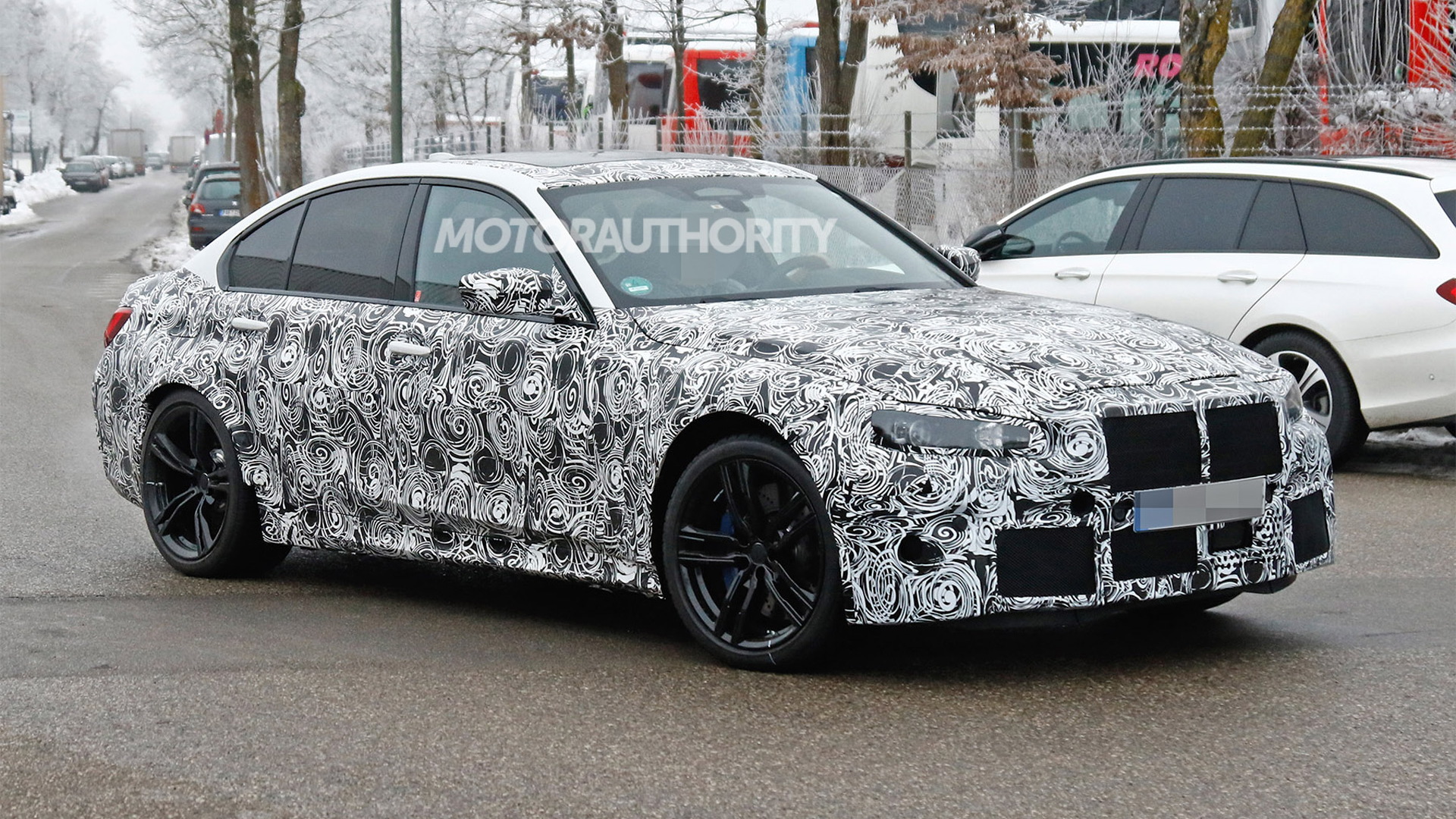 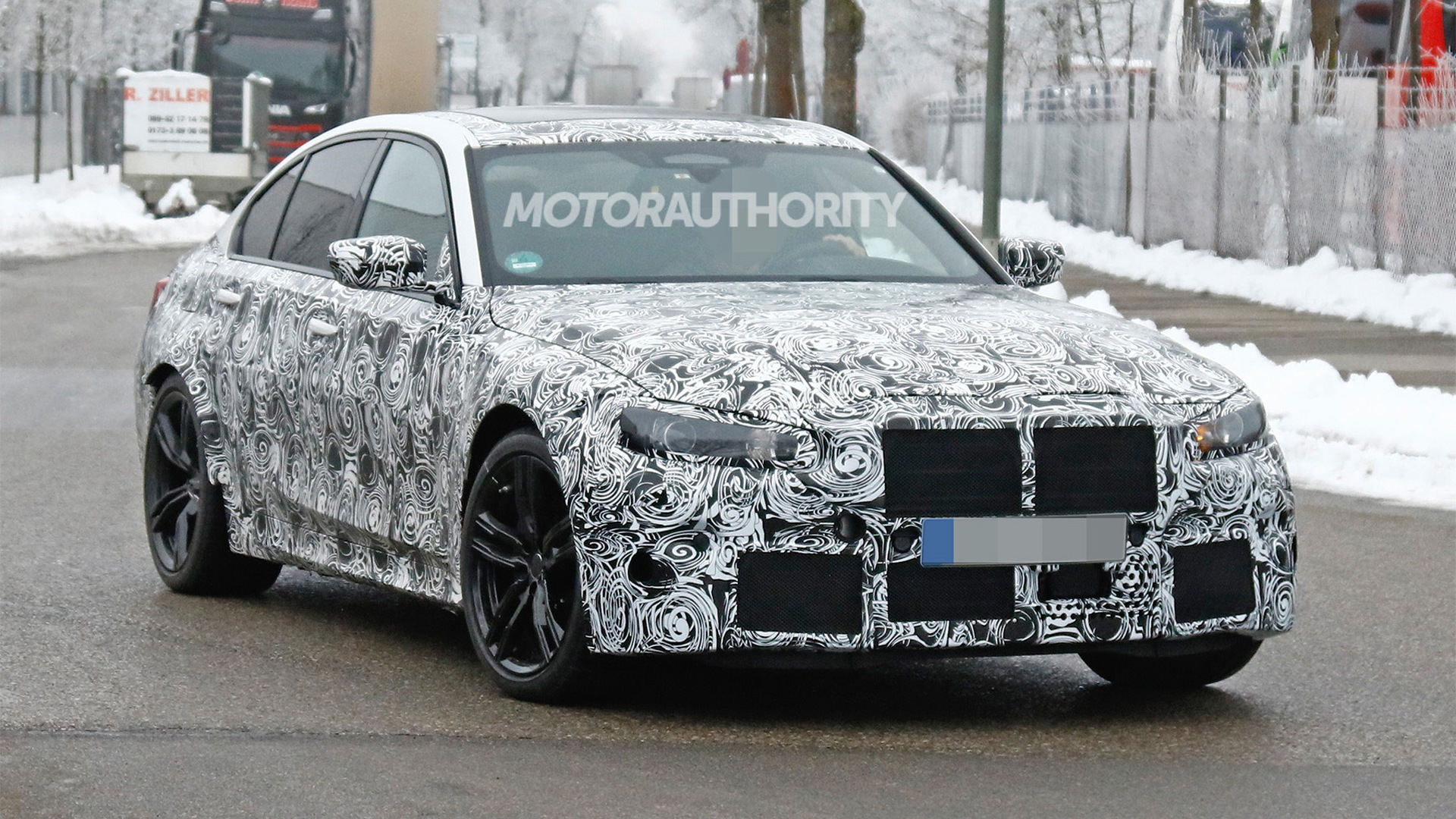 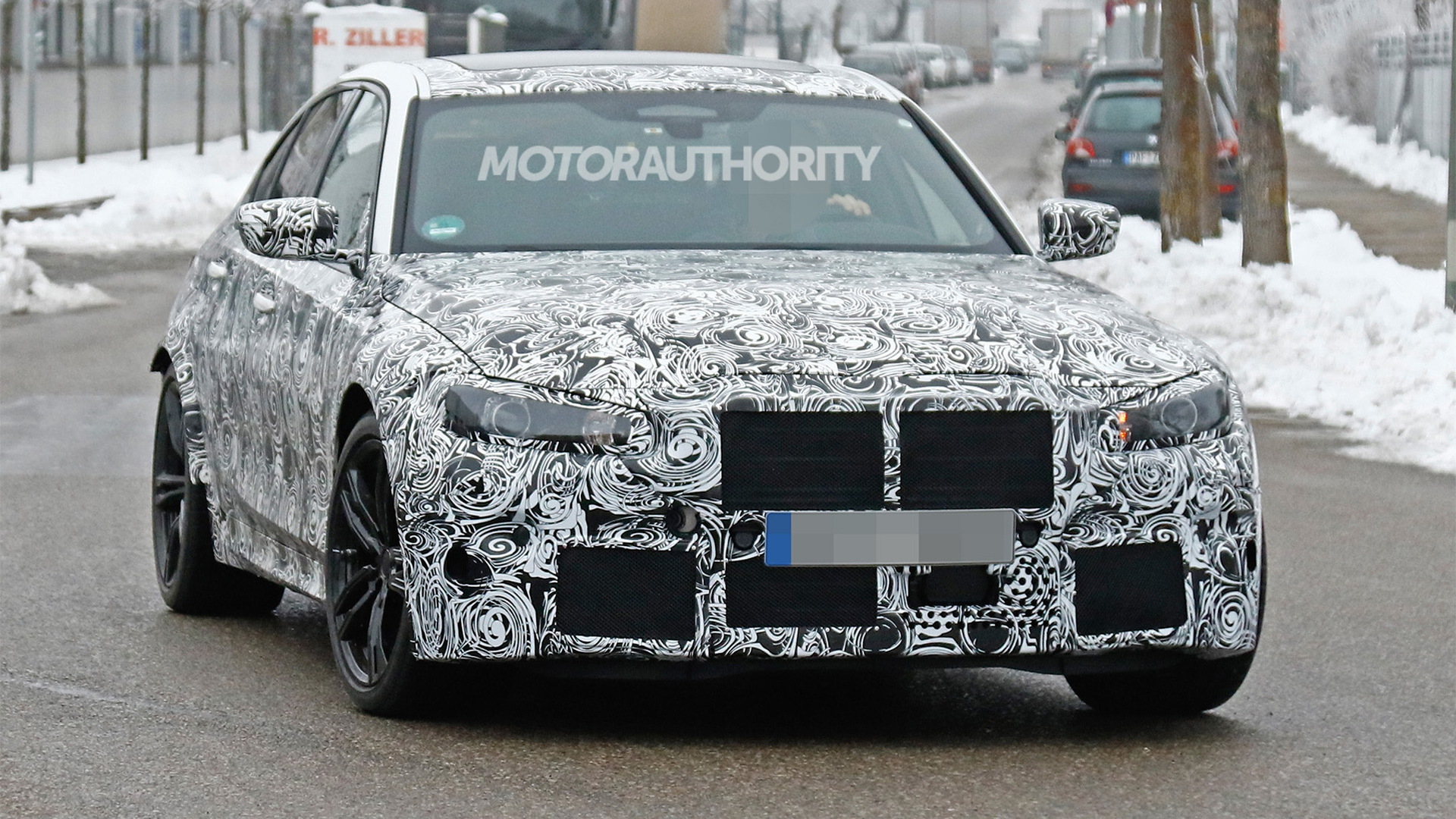 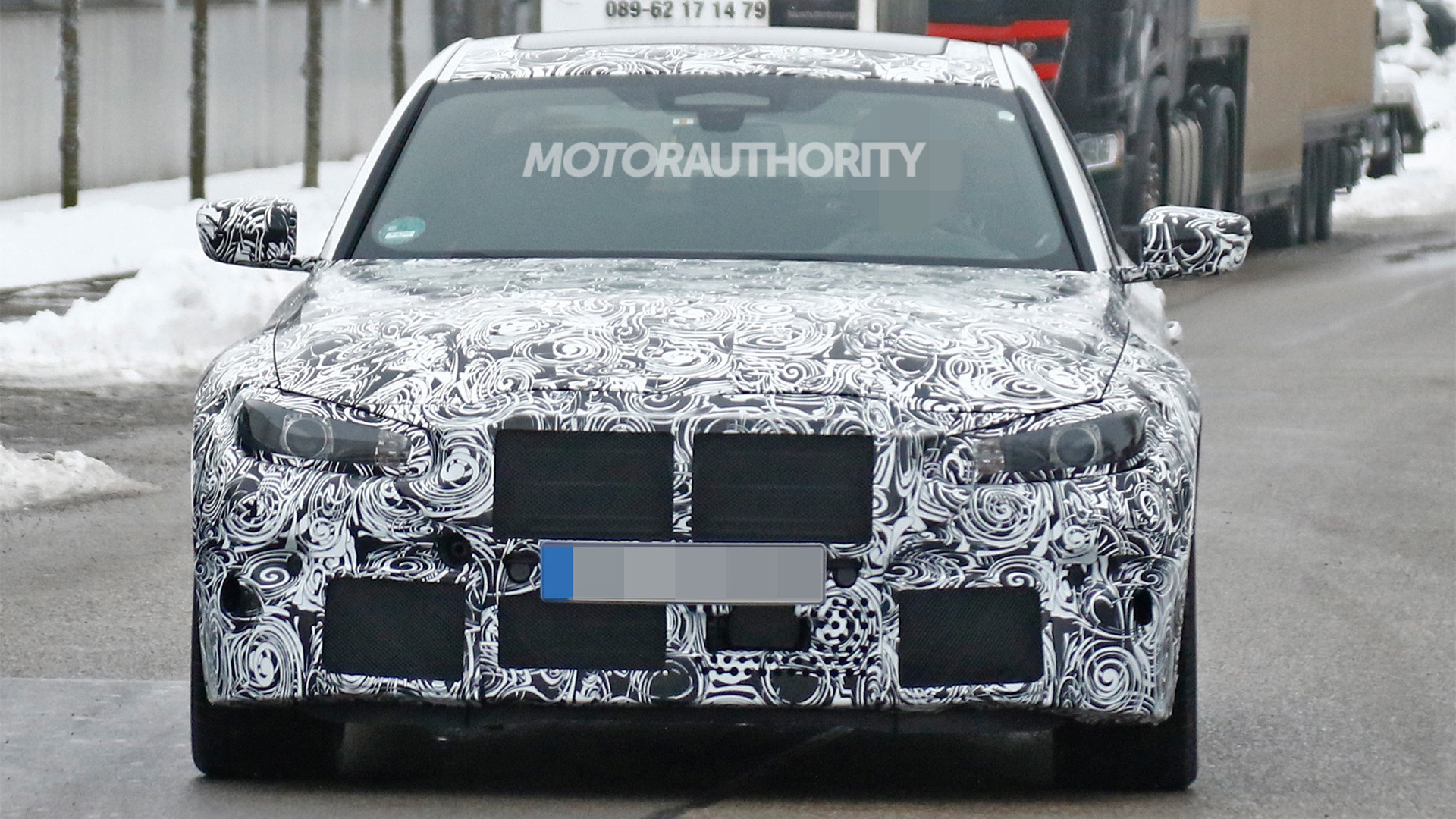 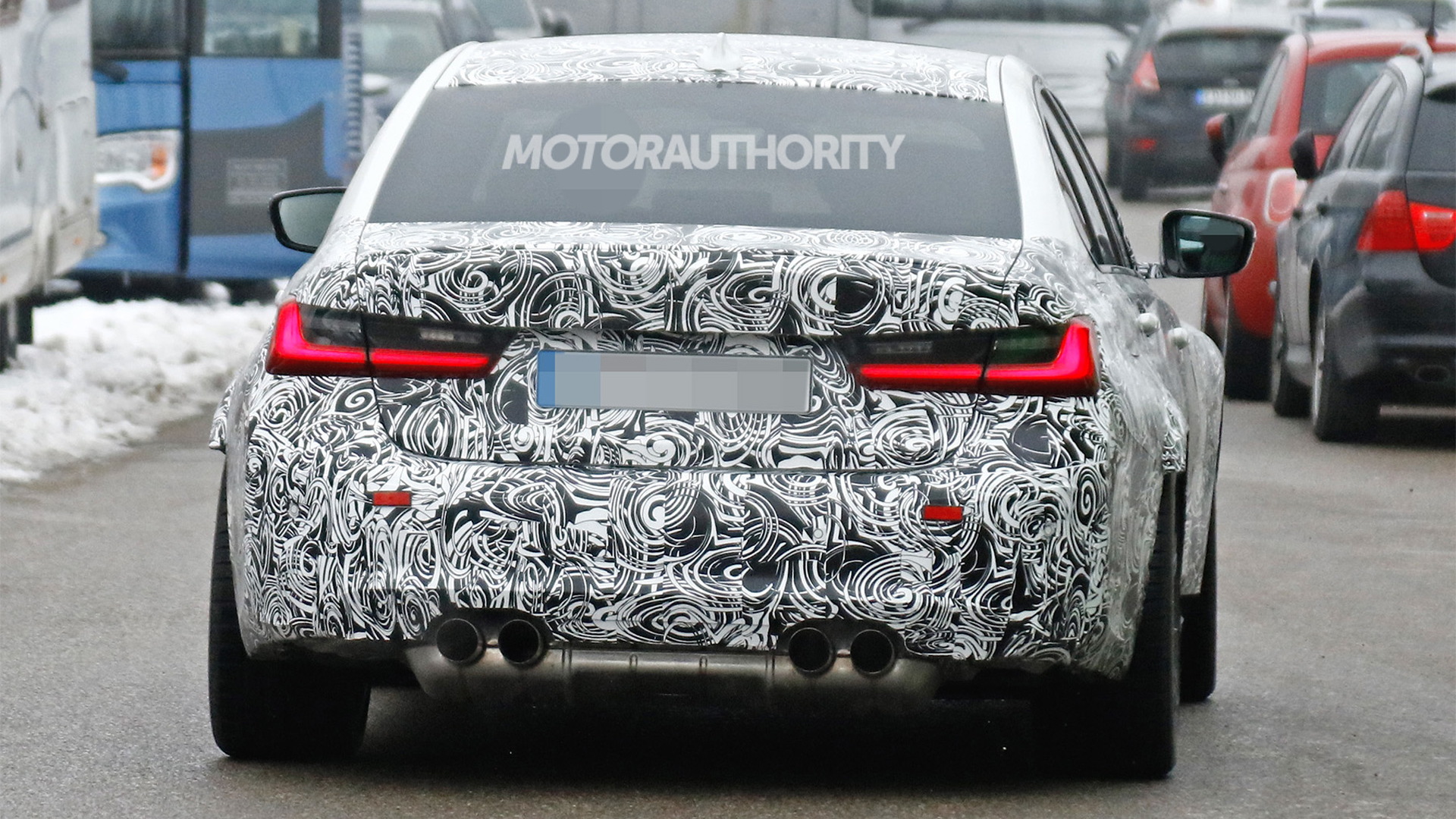 Ahead of an expected debut later this year, the next BMW M3 sport sedan's specs have reportedly been confirmed. If you can't imagine the idea of an M3 without a manual transmission, you won't receive the news well.

British website EVO reported Monday after speaking with Carsten Pries, BMW M product planning chief, that the next M3 will feature the latest 3.0-liter twin-turbo inline-6. The powerplant debuted in the X3 M and X4 M and the M3 is on deck to receive it mated to an 8-speed dual-clutch automatic transmission exclusively. If no manual transmission on the spec sheet feels wrong, take some solace in knowing that the M3 is also slated to go all-wheel drive in the same way the M5 has. The M division's xDrive AWD system debuted with the M5 sedan in 2018, but it can be shut off, thus sending all of the power and torque to the rear wheels. This feature will make its way to the next M3, likely to the delight of M3 fans.

As for power, we can expect two flavors. A regular M3 model will reportedly make 480 horsepower, while an M3 Competition variant will bump the figure to 510 hp. According to the report's information, both will make 442 pound-feet of torque.

The news that a manual transmission is not on the table comes after a previous report from Britain's Car Magazine said the three-pedal setup was safe. A manual was reportedly planned for regular models with slightly less power to send through the transmission. If there's any hope for a manual to return to the M3, the latest report from EVO claimed a new CS model may do away with the notion of more hardcore performance and focus on a purer driving experience. Thus, such a model would feature a manual and perhaps ditch the AWD system. It would, however, be down on power, according to the latest information.

Klaus Fröhlich, BMW's head of vehicle development, previously said the next M3 and M4 would be in production until 2027 or 2028 and called the car a fortress to protect the manual transmission, which has us skeptical of the decision to can the row-your-own option in the regular model. We'll have to wait and see what BMW has planned when the car likely debuts at this year's Frankfurt motor show.