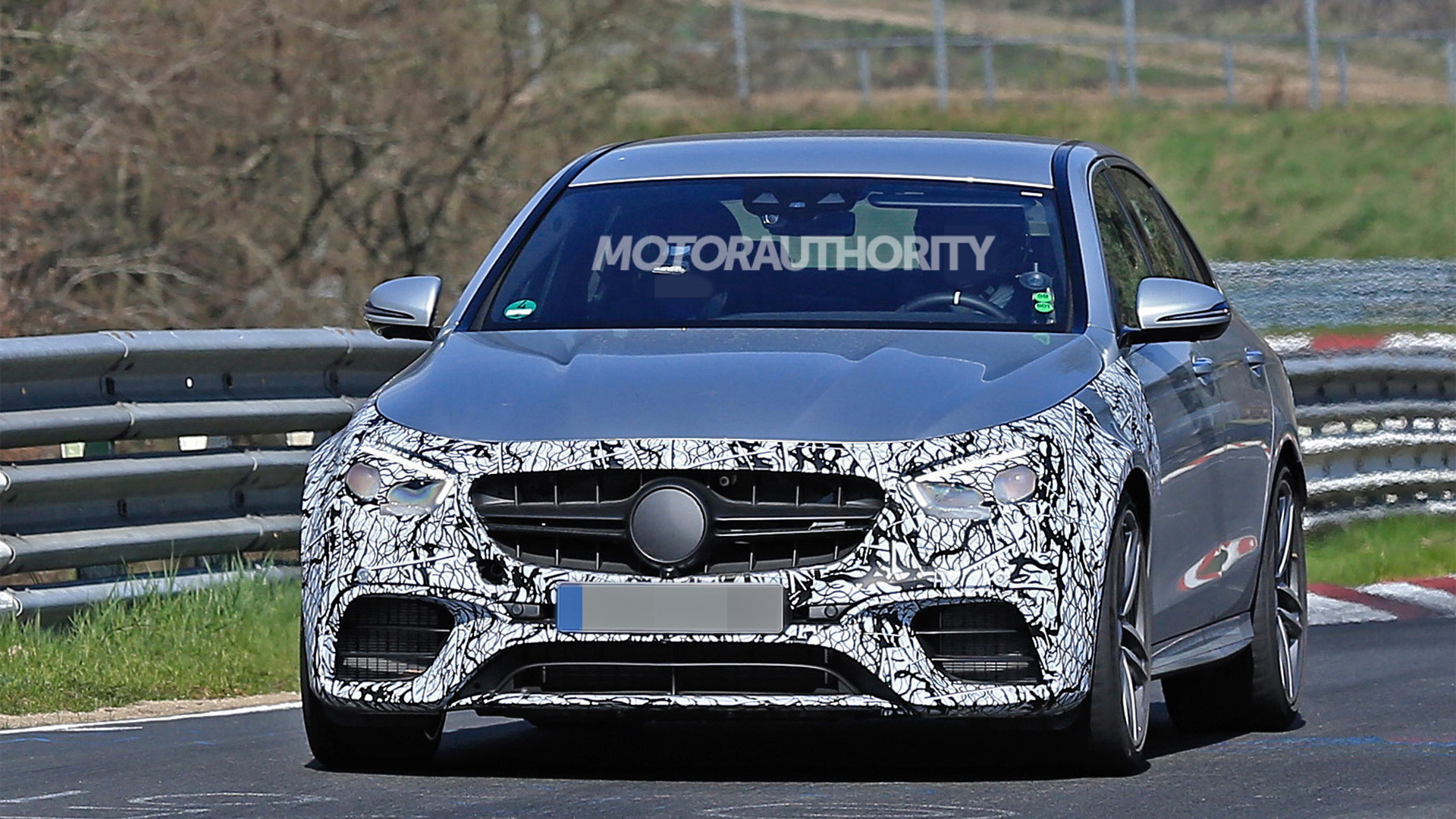 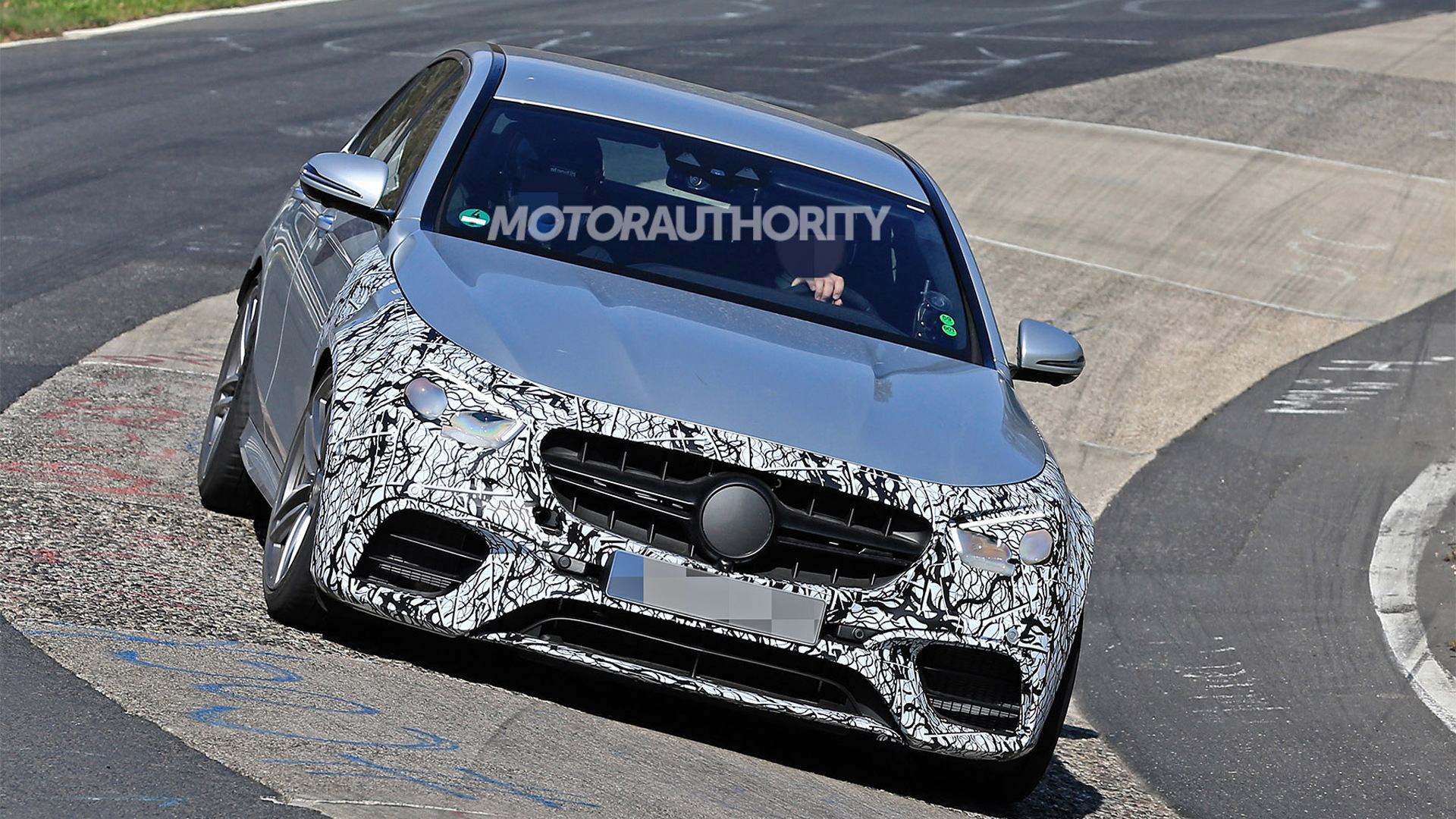 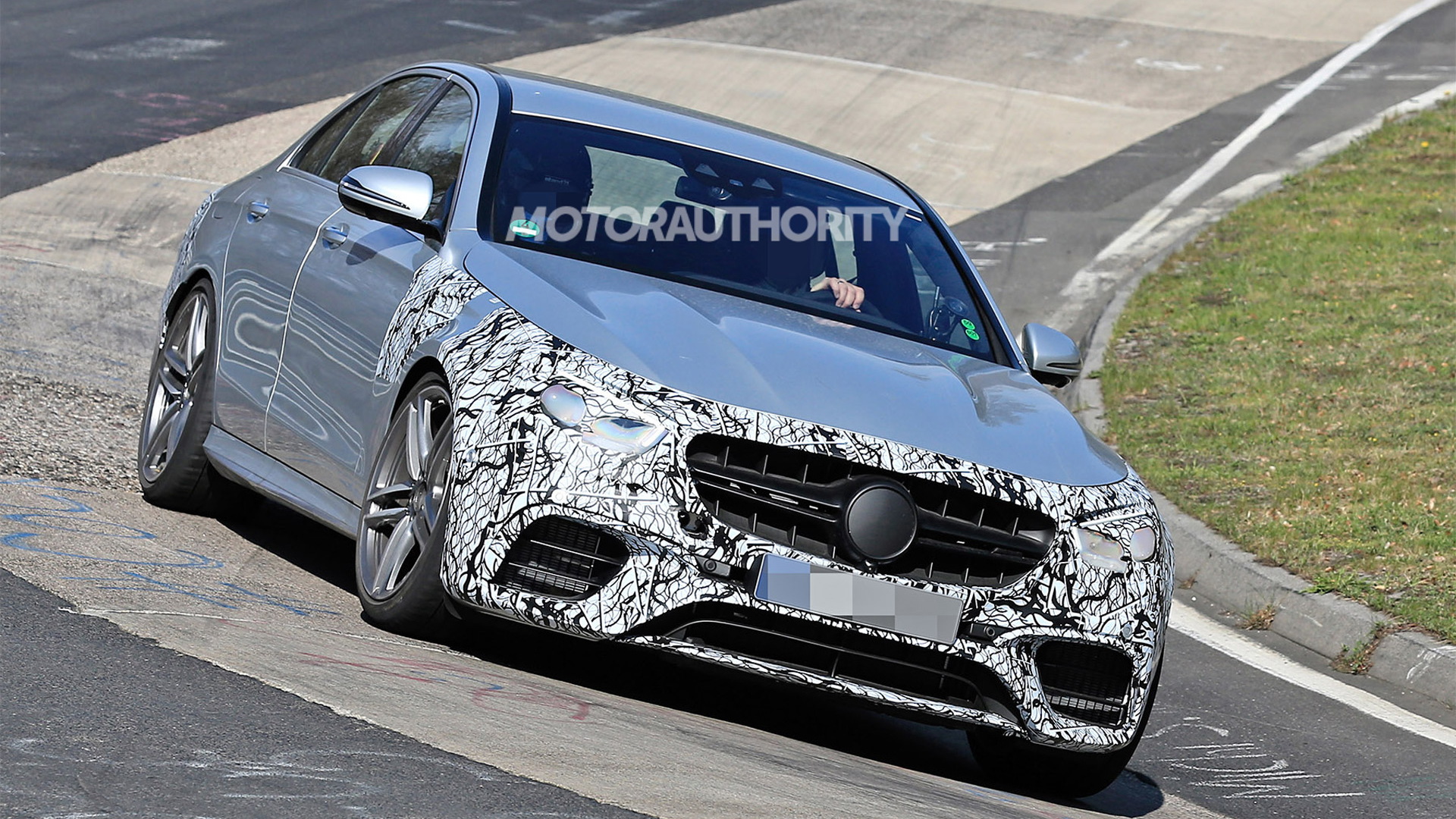 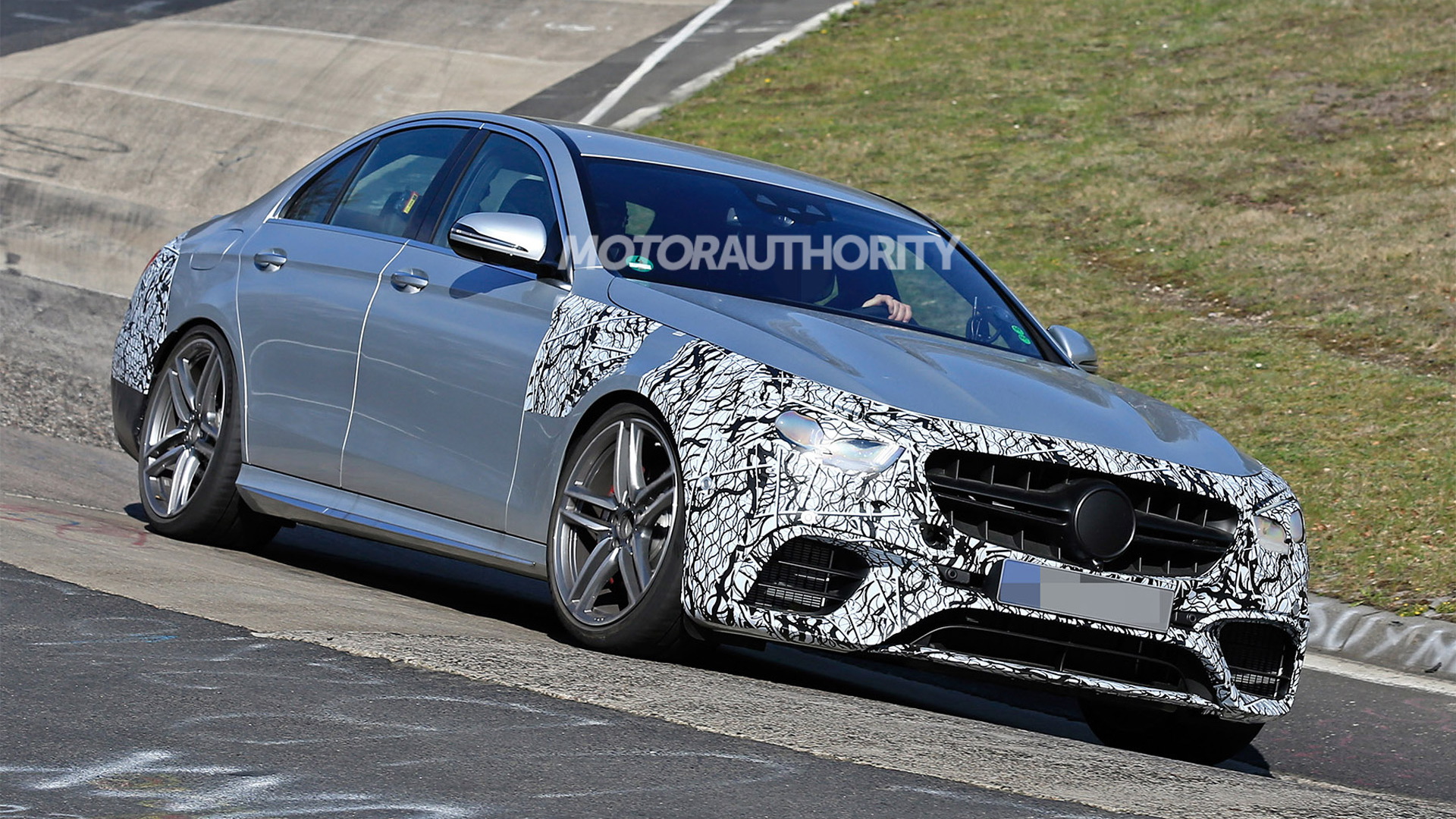 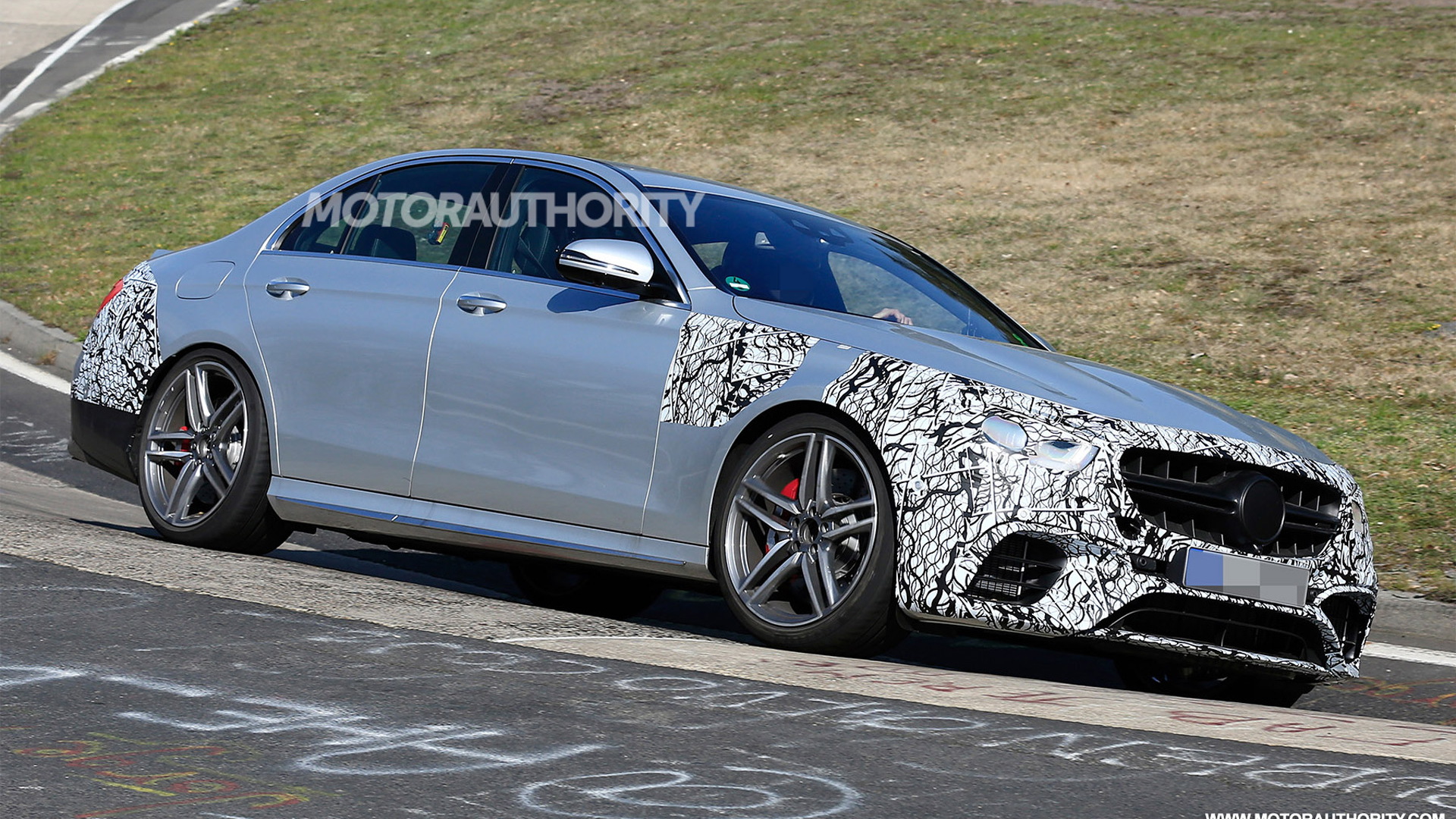 The prototype is for the Mercedes-AMG E63 but similar updates should be bound for other E-Class members. We've also spied prototypes for the updated E-Class sedan, E-Class Coupe and E-Class Wagon, as well as the E-Class All-Terrain soft-roader sold overseas.

The taillights will also be renewed, and you can count on the designers changing the front and rear fascias too. On this E63, we expect the grille to also to be made slightly wider at the bottom to give the car a more aggressive, more menacing look.

It isn't fully clear what the designers have in store for the cabin but it's possible we see Mercedes' latest infotainment system added. The system, known as MBUX, features a large touchscreen that can be operated much like a smartphone or tablet. The infotainment system also includes natural-speak voice activation.

In the powertrain department, the E63 should continue with a 4.0-liter twin-turbocharged V-8 though this may be augmented with a mild-hybrid system. Whatever the case, peak output should be lifted beyond the current model's 603 horsepower in E63 S guise.

Updated versions of AMG's E63 wagon and tamer E53 are also in the works. Don't expect any powertrain changes in the E53, though, as the mild-hybrid model only arrived for 2019 as a replacement for the E43.

Look for the updated E-Class family to debut in the first half of 2020.