John Haynes may not be a familiar name to many people, but his contributions to the automotive world are larger than life. The man responsible for the Haynes Manual has passed away at the age of 80.

Haynes Publishing announced its founder's passing on Monday and said Haynes passed away after a short illness. His rise to stardom among those who like to tinker with cars and DIY-ers around the world began in Sri Lanka, where he was born. At the age of 12, he and his brother moved to the United Kingdom to attend a boarding school where Haynes quickly discovered his passion for cars. Haynes skipped rugby practice to convert an Austin 750 into a lightweight 750 Special. After receiving a lot of interest when selling the car, Haynes published his first booklet, "Building an Austin 750 'Special.'"

While serving in the Royal Air Force, a colleague asked Haynes to help repair an Austin-Healey Sprite. He discovered the owner's manual was in no way written or designed to actually help the owner, so he set out to make his own. He purchased a camera and documented the repair processes, including an entire rebuild of the car's engine. The step-by-step approach and exploded diagrams would become a hallmark for future Haynes Manuals. In 1966, one year after his colleague enlisted his help, the first Haynes Manual went to presses for the Austin-Healey Sprite. The first run of 3,000 copies sold out in three months. 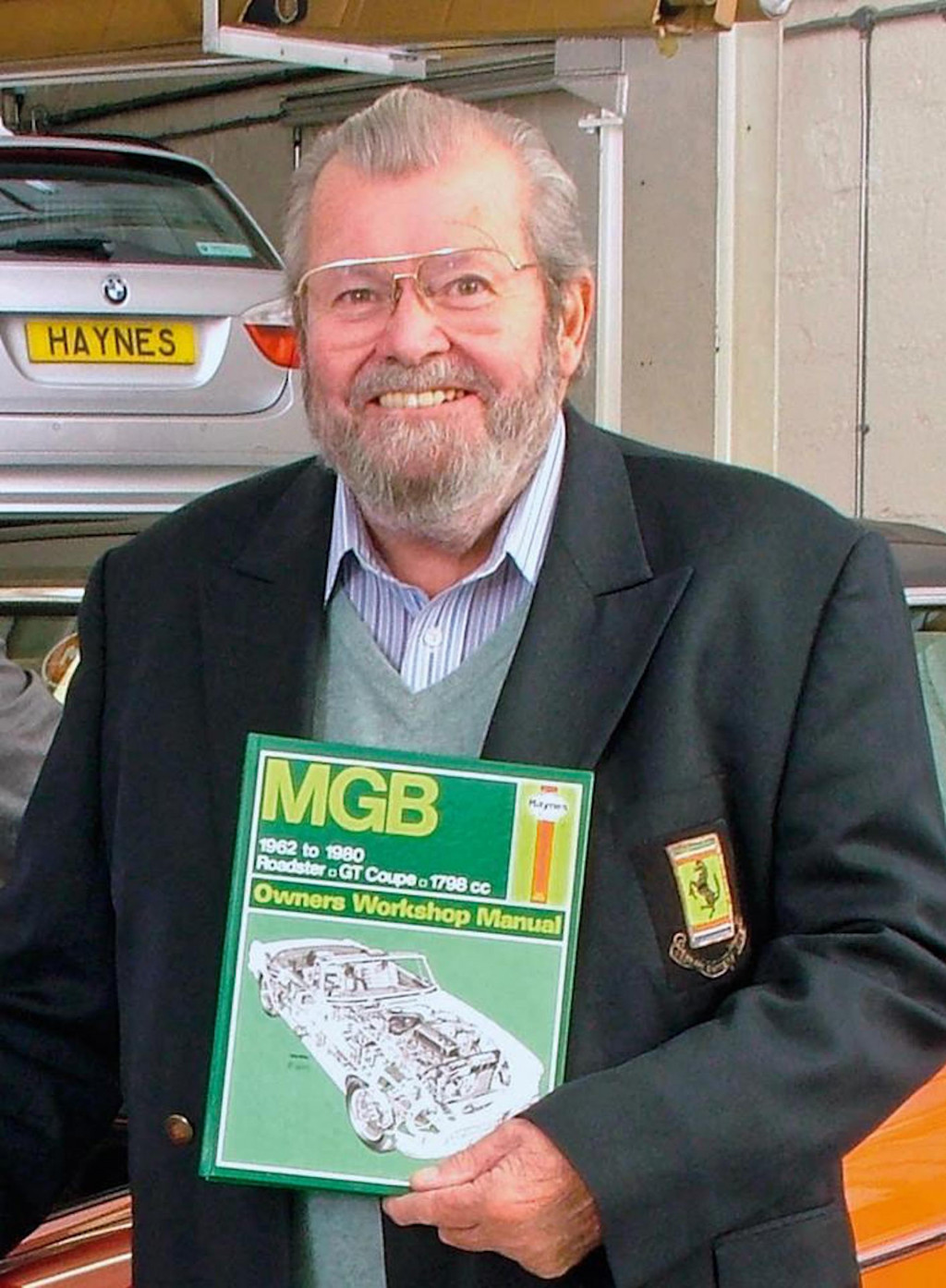 Haynes founded Haynes Publishing in 1960, and the company began trading on the London Stock Exchange in 1979. Haynes Publishing Group has overseen the creation of thousands of Haynes Manuals, including the Chilton Repair Manuals familiar to so many U.S. car owners. To date, more than 200 million copies of various manuals have been sold around the world.

This success allowed Haynes to give back, and in 1985 he founded the Haynes International Motor Museum. The collection began with a modest 30 vehicles, but today, the museum displays 400 vehicles with attendance figures of 125,000 visitors per year. In 2014, the International Historic Motoring Awards recognized the museum as "Museum of the Year."

Haynes served as Chairman of the publishing group until 2010, when he stepped down to a lesser role as Founder Director. There, in his older age, he still worked with teams to create content and manuals.

He is survived by his wife, two sons, daughters-in-law, and grandchildren. Haynes' wife, Annette, shares his passion for cars and continues to serve as a member of the Board of Trustees for the museum.