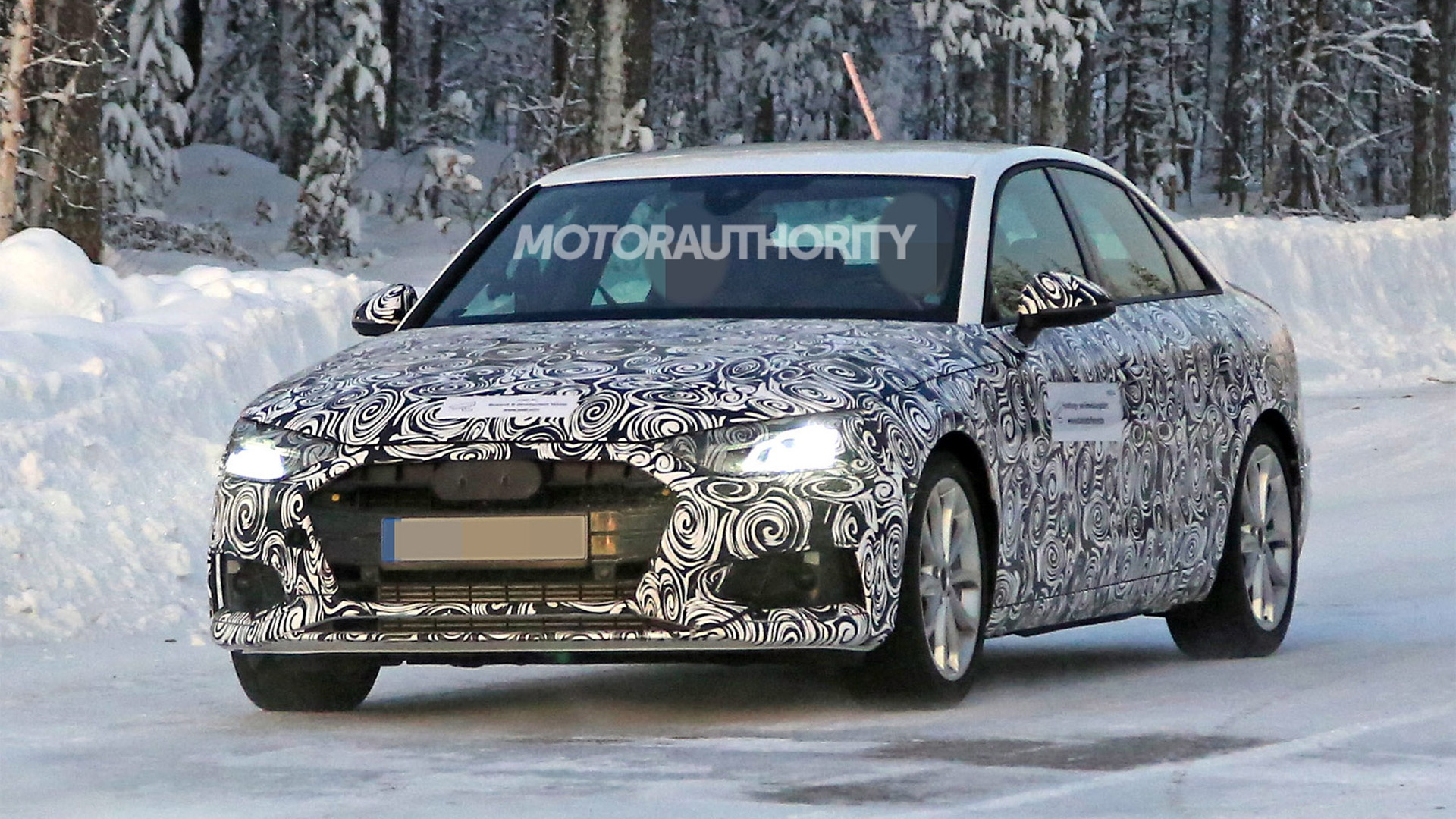 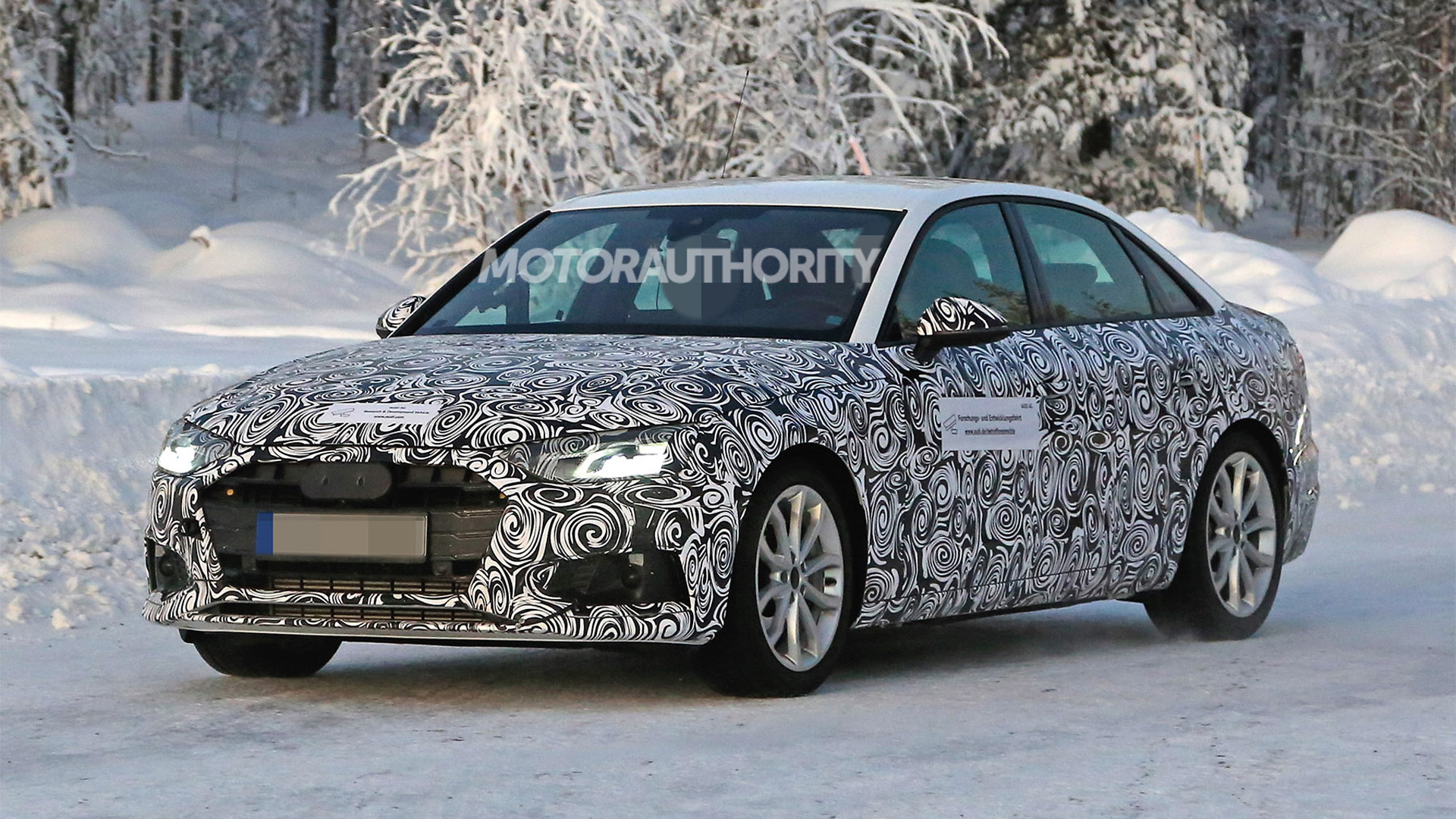 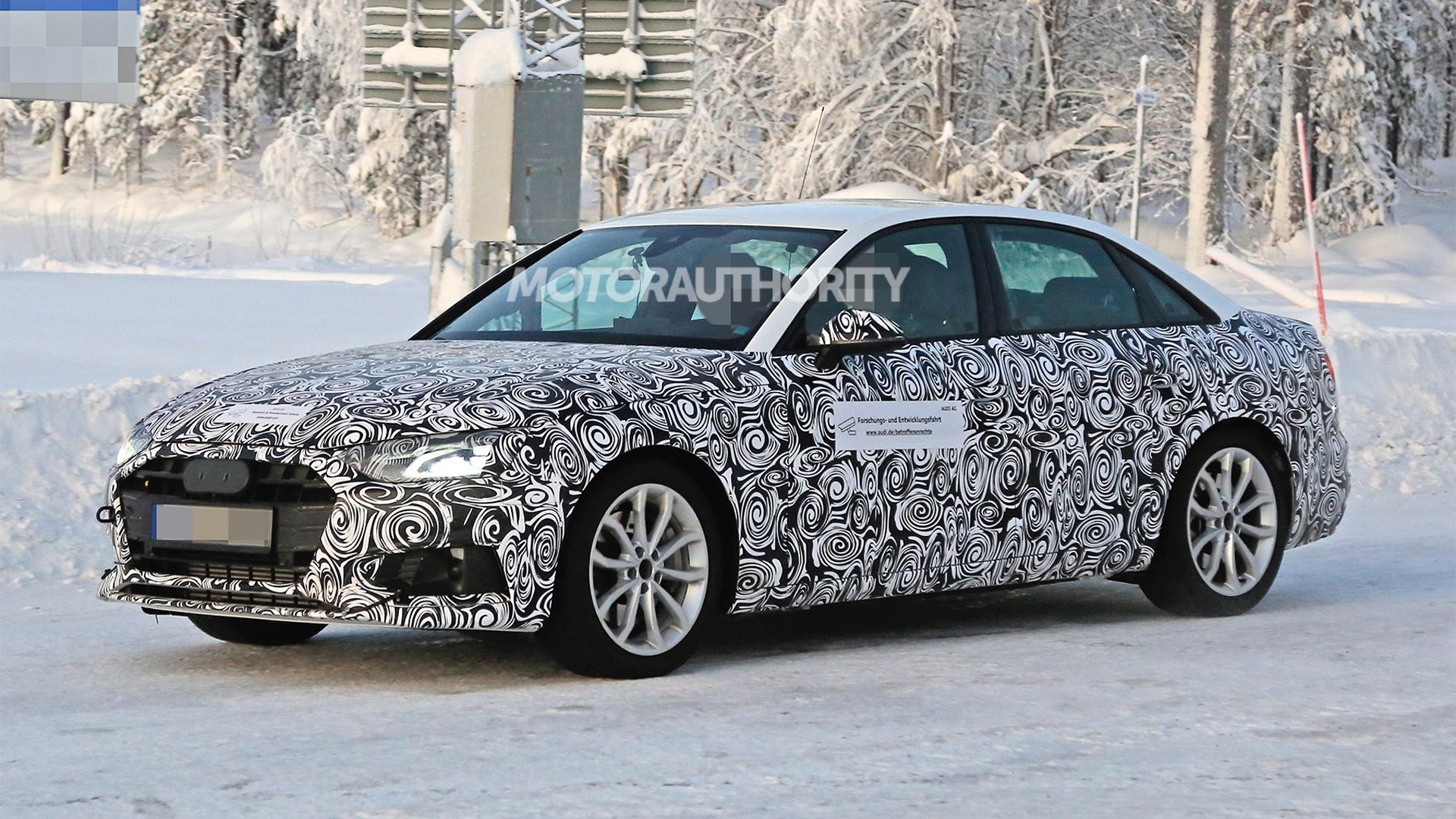 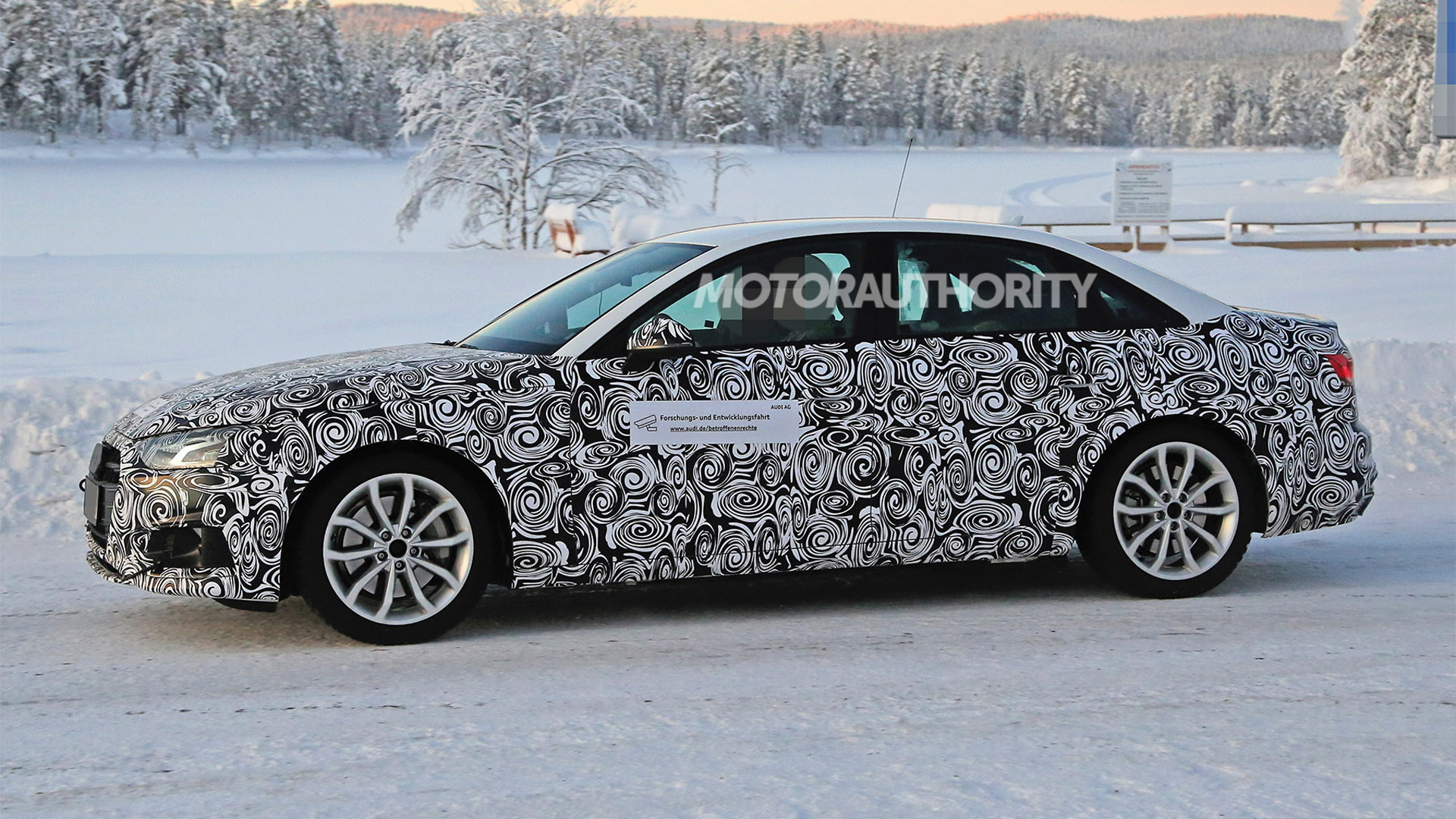 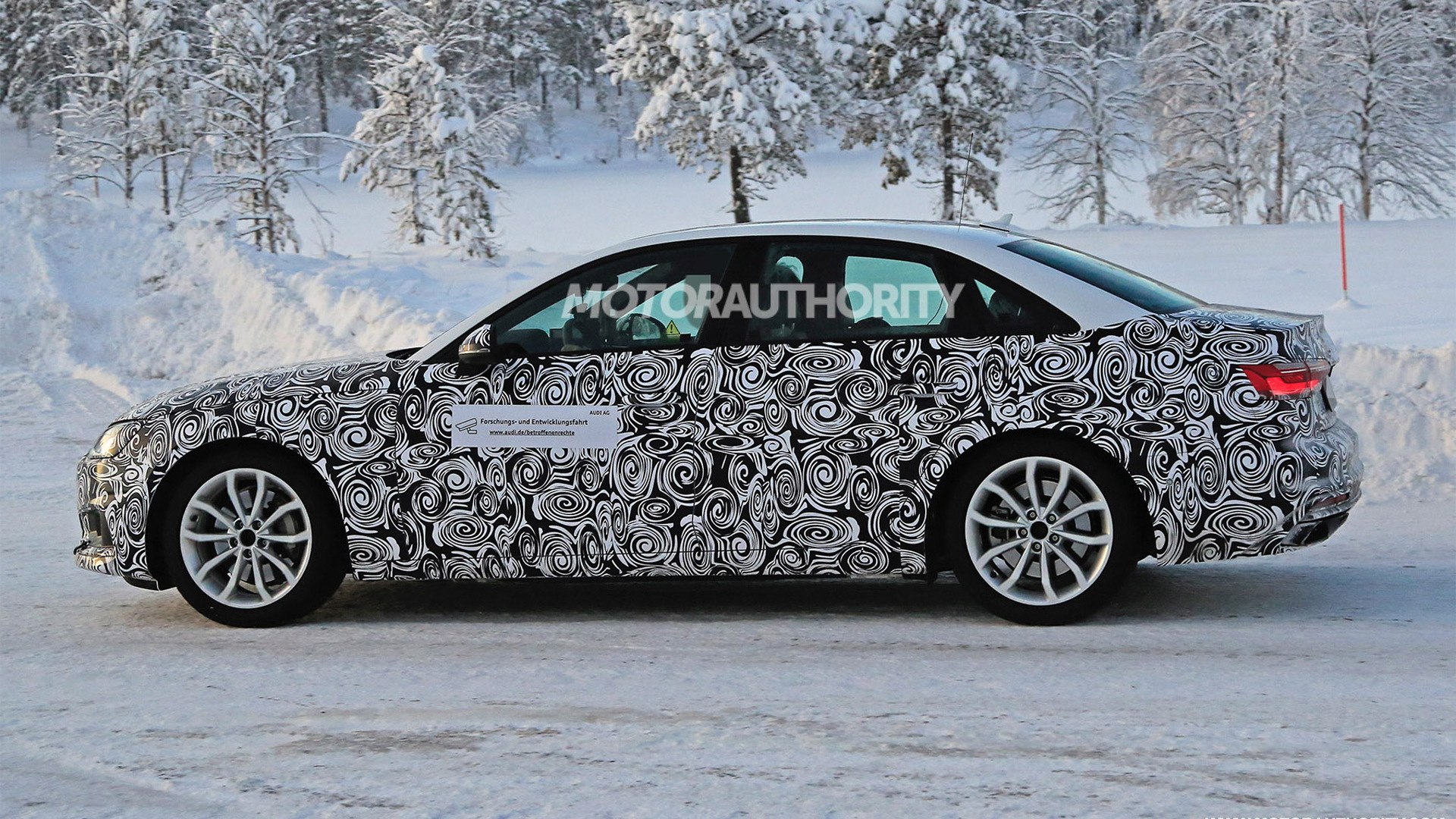 Audi's A4 is about to receive a major update, as evidenced by prototypes for the updated version.

The A4 received some minor tweaks for 2019 but a more substantial update is on the way for the car's mid-cycle refresh. The current generation of the small luxury sedan was introduced for 2017, so we'll likely see this updated one introduced for 2021. A debut should happen in late 2019 or early the following year.

The headlights feature a new internal graphic and there doesn't appear to be the teardrop element of the current A4 lights. The front grille is also wider and lower than on the current A4.

2021 Audi A4 spy video from Motor Authority on Vimeo.

At the rear, the taillight shape remains the same but a new chrome accent splits the light and spans the width of the trunk lid, a feature common to the larger A6 and A8 sedans. There also appears to be a new rear fascia with reflectors integrated with the diffuser instead of sitting above it like on the current model.

Similar updates will make their way onto the A4 Allroad and A4 Avant wagons that are also out testing.

There's no clear shot of the cabin but we expect the dashboard to be redesigned so that the infotainment screen is integrated within the center stack instead of tacked on to the top of the dash like in the current A4. We might also see the controls for the climate settings switch from physical knobs to a touchscreen interface like in the A6 and A8, though physical controls could remain if Audi goes with a design similar to the one used in the A1 Sportback. 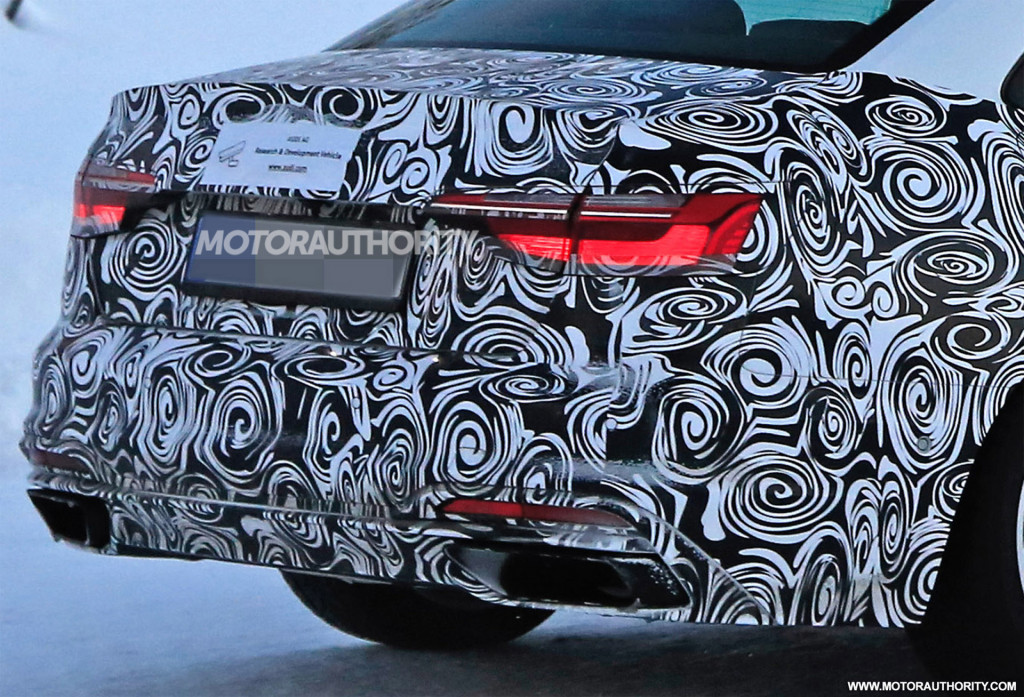 The base powertrain should be a 2.0-liter turbocharged inline-4 matching the current A4's 190- (A4 Ultra) and 252-horsepower outputs. However, an A4 plug-in hybrid is expected to finally join the range to plug the gap between the regular A4 and sporty S4.

The S4, as well as the RS 4 Avant sold overseas, will receive similar updates to those you see here. And eventually we'll also see the updates on the related A5 range.

Sadly, a manual transmission will no longer be offered in any Audi. Audi has confirmed that 2018 was the last year that it will offer cars with a third pedal. A special run of A4 Ultrasport sedans was launched to mark the end of the era.