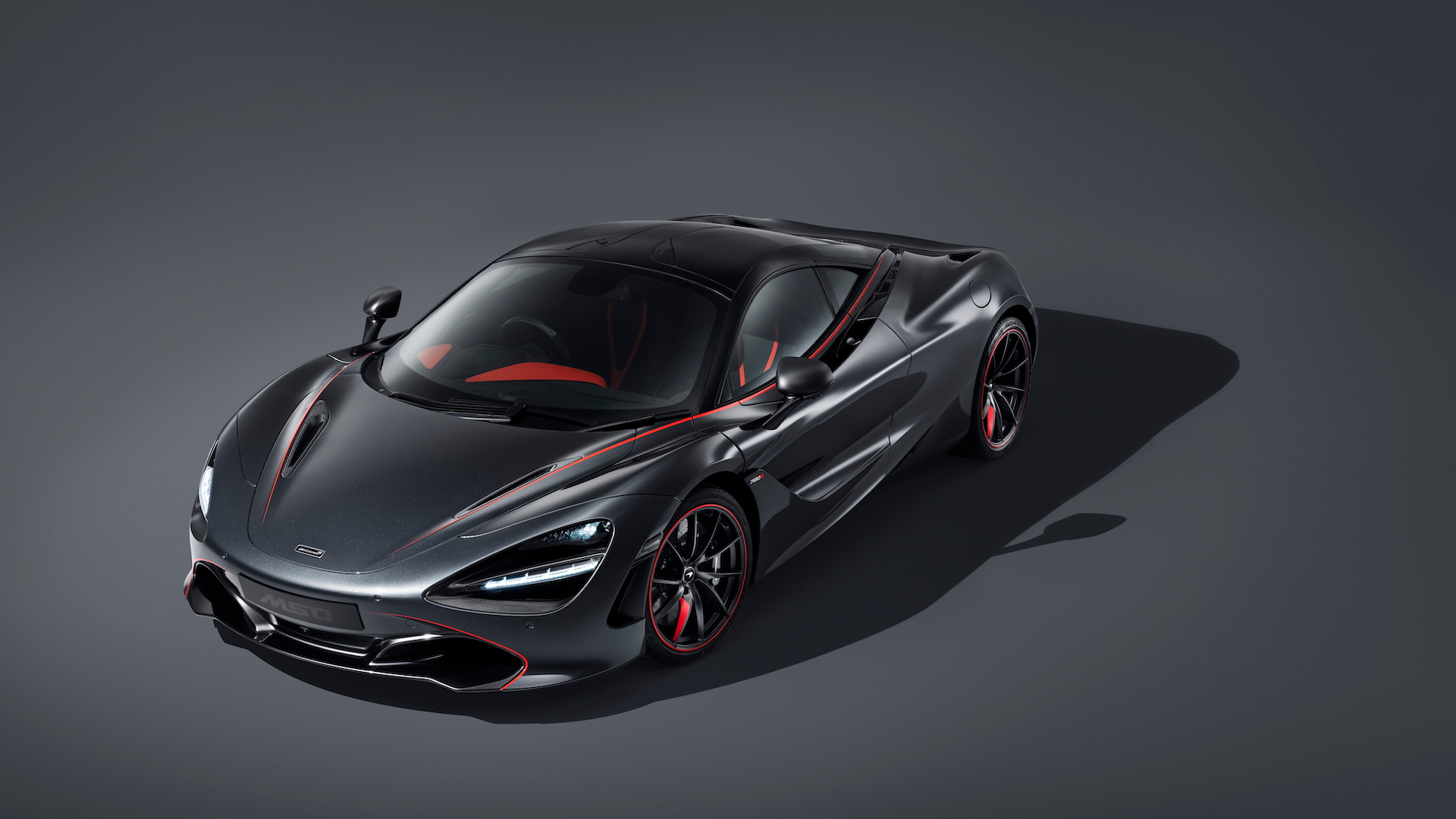 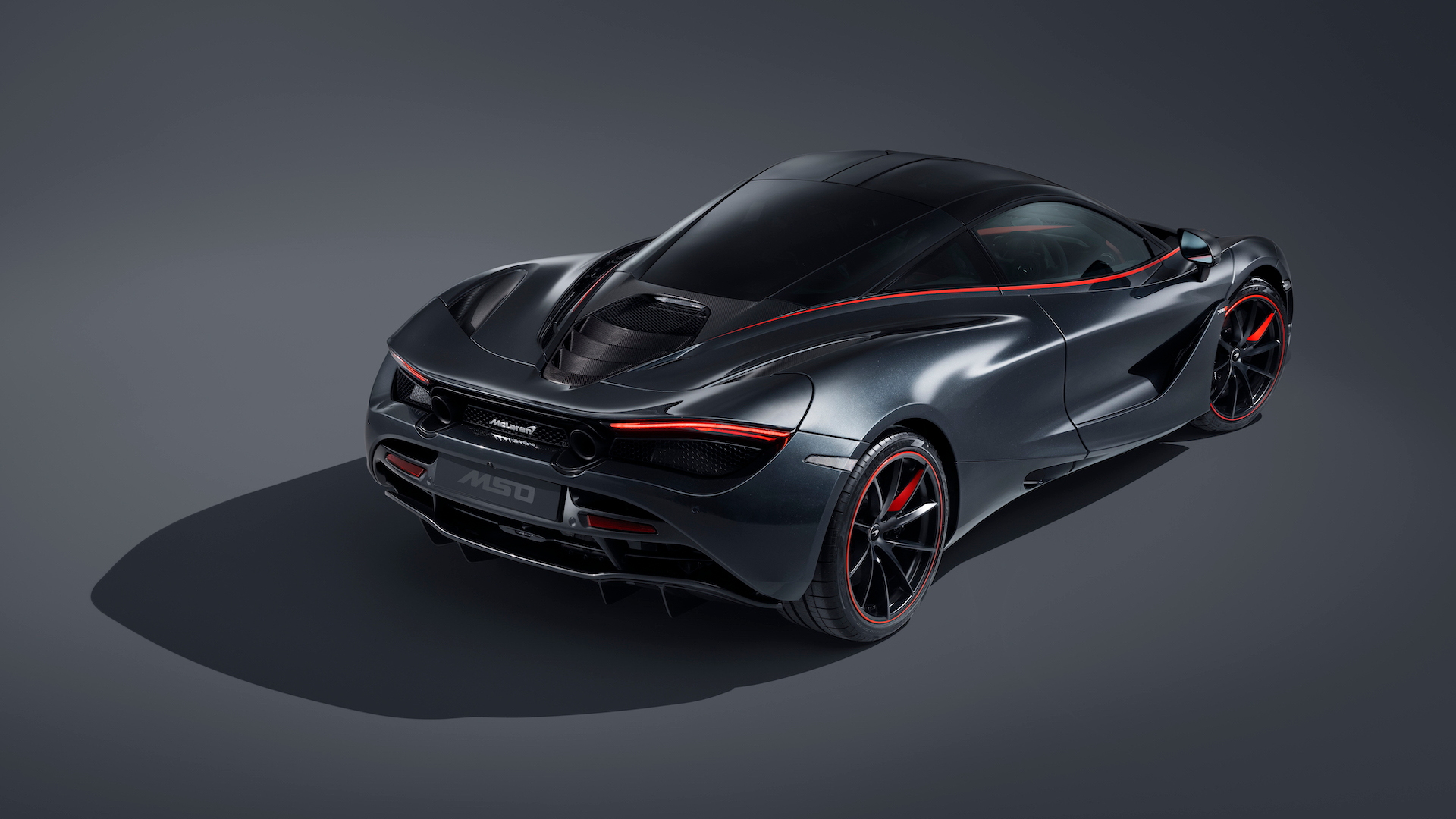 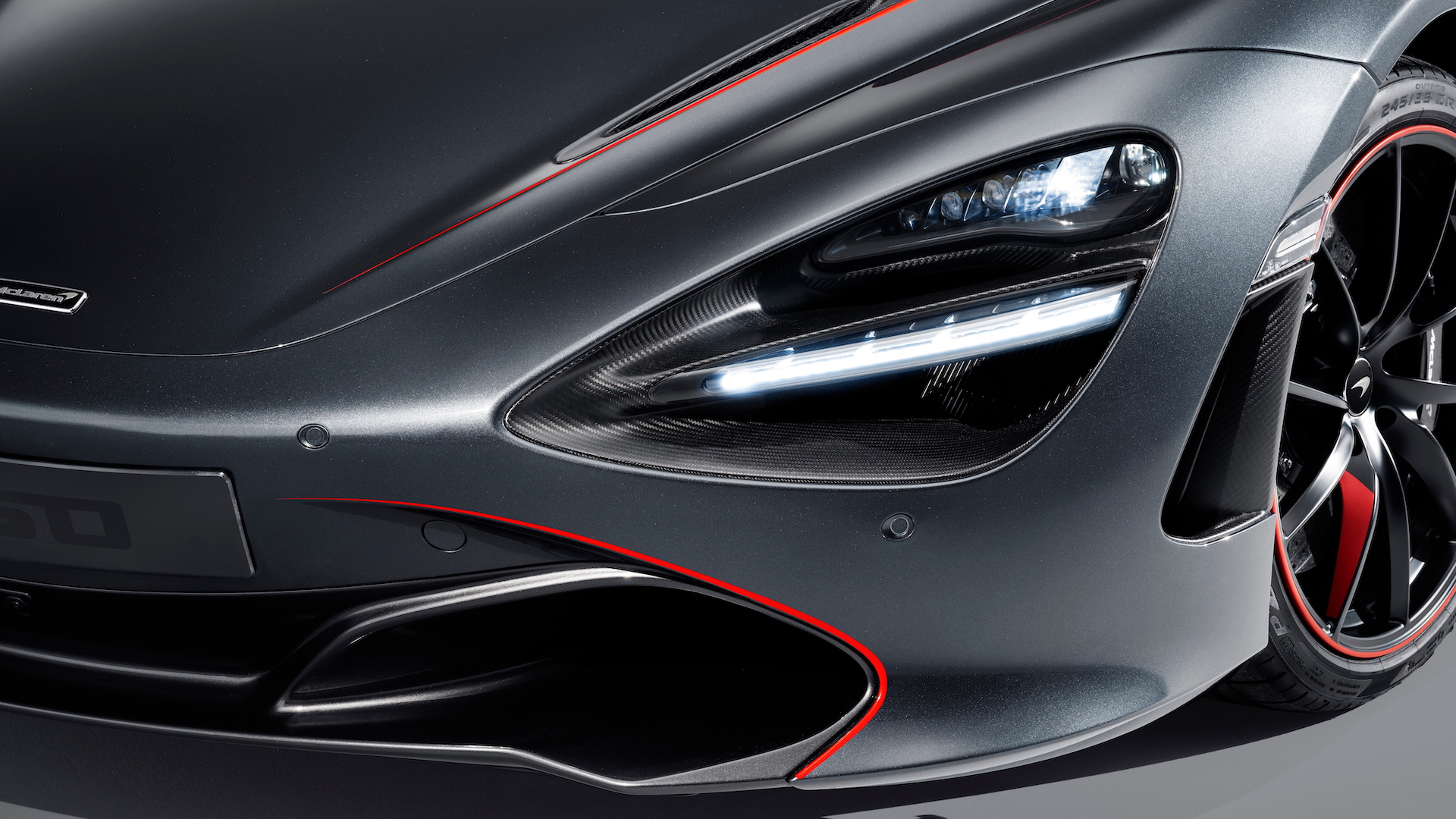 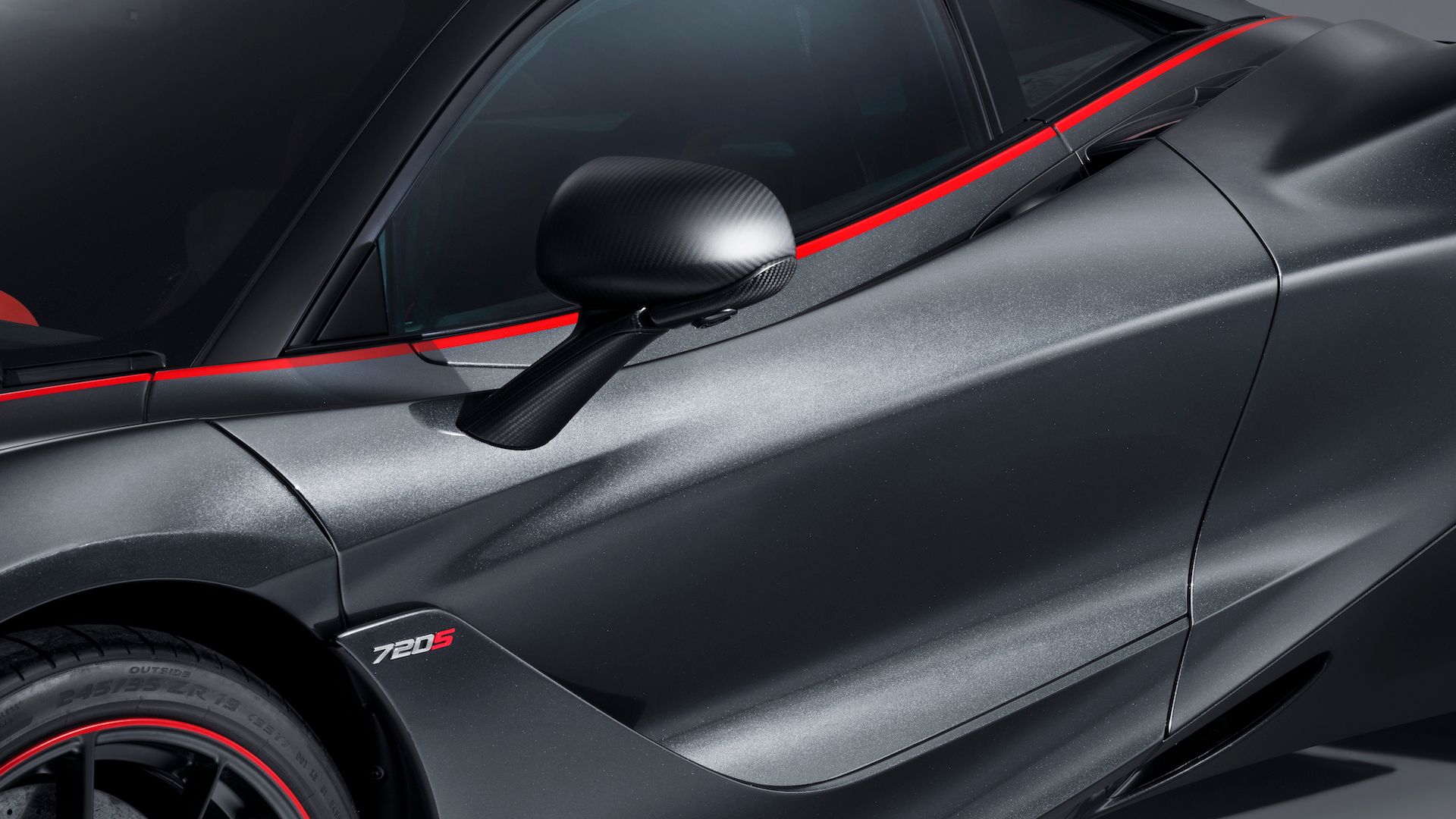 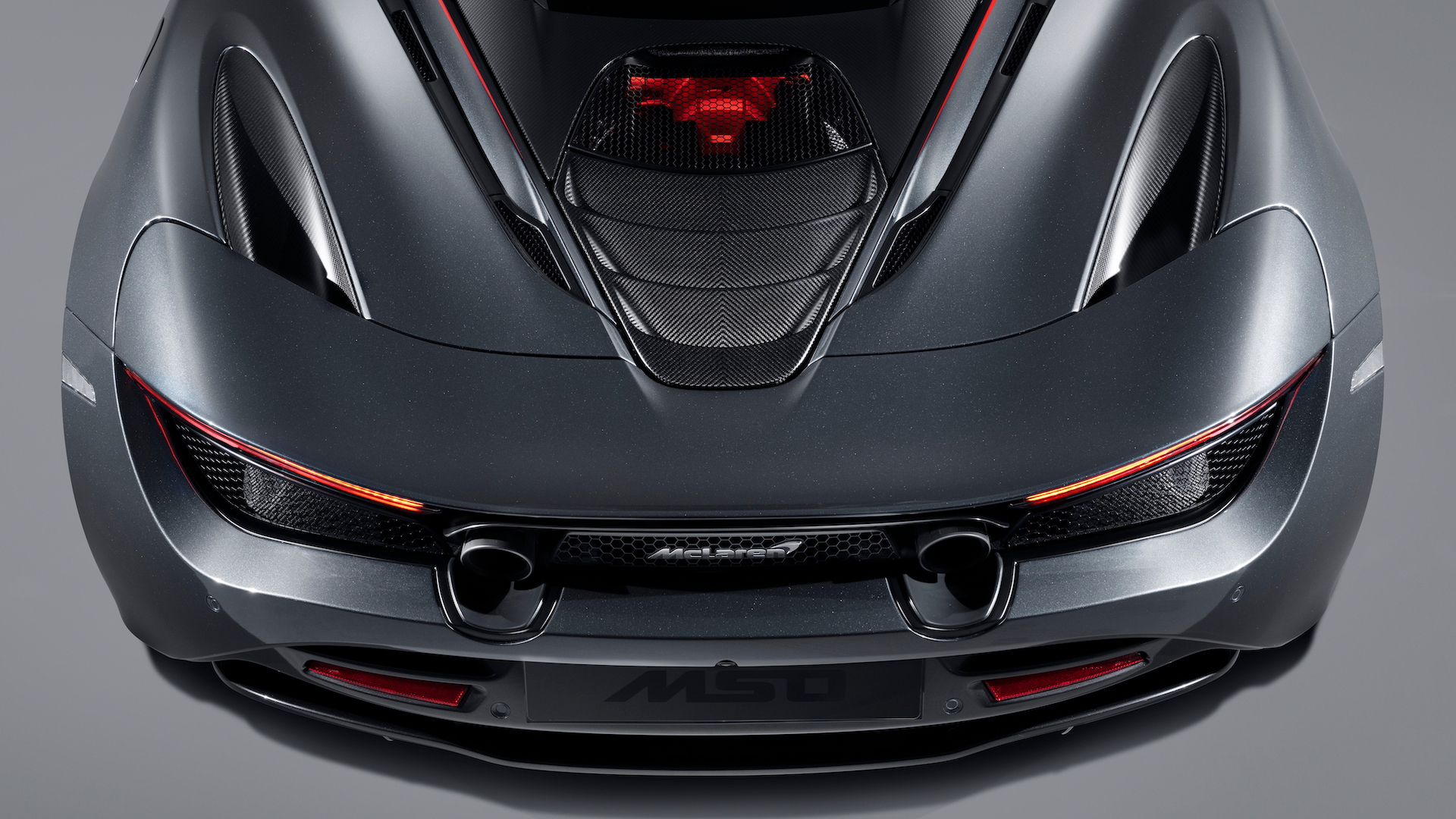 Different is better in the world of supercars, and McLaren Special Operations lets buyers do just that. This McLaren 720S "Stealth" was commissioned by McLaren London, which enlisted MSO's Bespoke services expertise to create a car inspired by the 1995 Le Mans-winning McLaren F1 GTR.

McLaren revealed the car on Sunday. The exterior paintwork predominantly features an MSO Defined Sarthe Gray color, though Vermillion Red accents highlight many of the 720S's lines and offer a striking contrast. A group of craftsmen and craftswomen spent nearly 200 hours applying the accents. It's one of many reasons MSO describes its services as "bespoke." 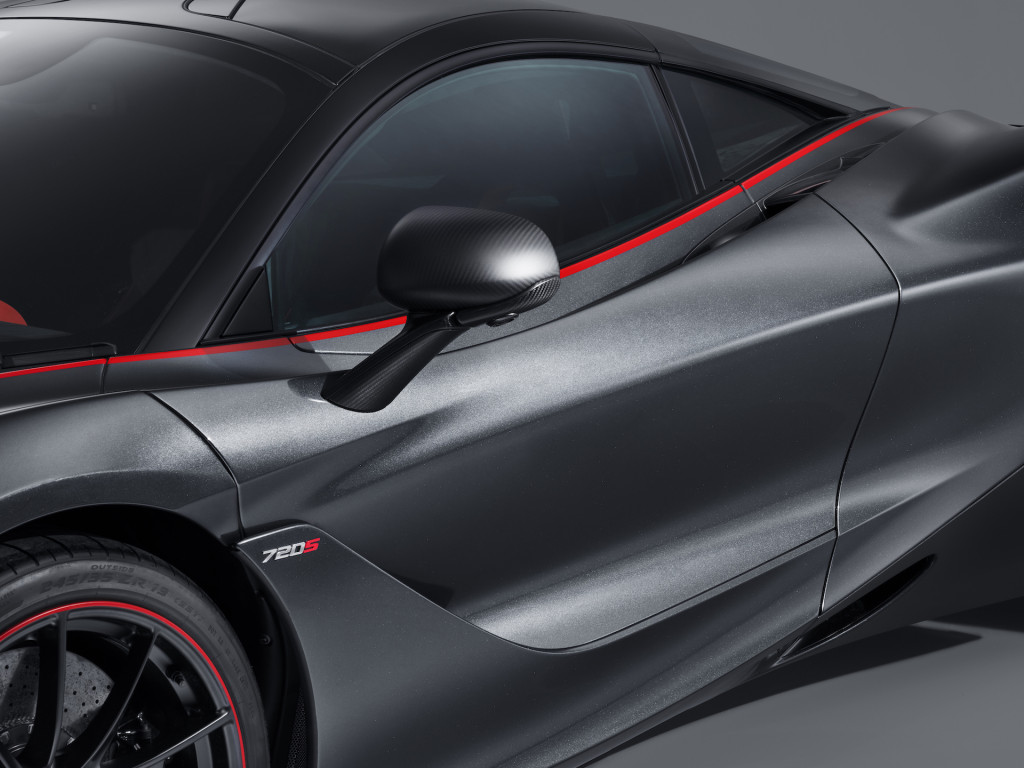 The 10-spoke alloy wheels feature a satin black finish with a perimeter outline that also sports the same Vermillion Red color. To finish off the body, carbon-fiber parts have been added throughout the 720S Stealth, all from MSO's catalog. They include the front air intakes, door mirror casings and mirror arms, rear deck and service cover, rear aero bridges, and rear fender air intake.

Inside, the 720S Performance model comes standard with carbon-fiber for the center panel around the infotainment screen and the switch panel below it, as well as plenty of Alcantara trim. MSO enhanced that look by crafting red leather inserts for the upholstery and adding Apex Red stitching on the dashboard, door inserts, and seats. 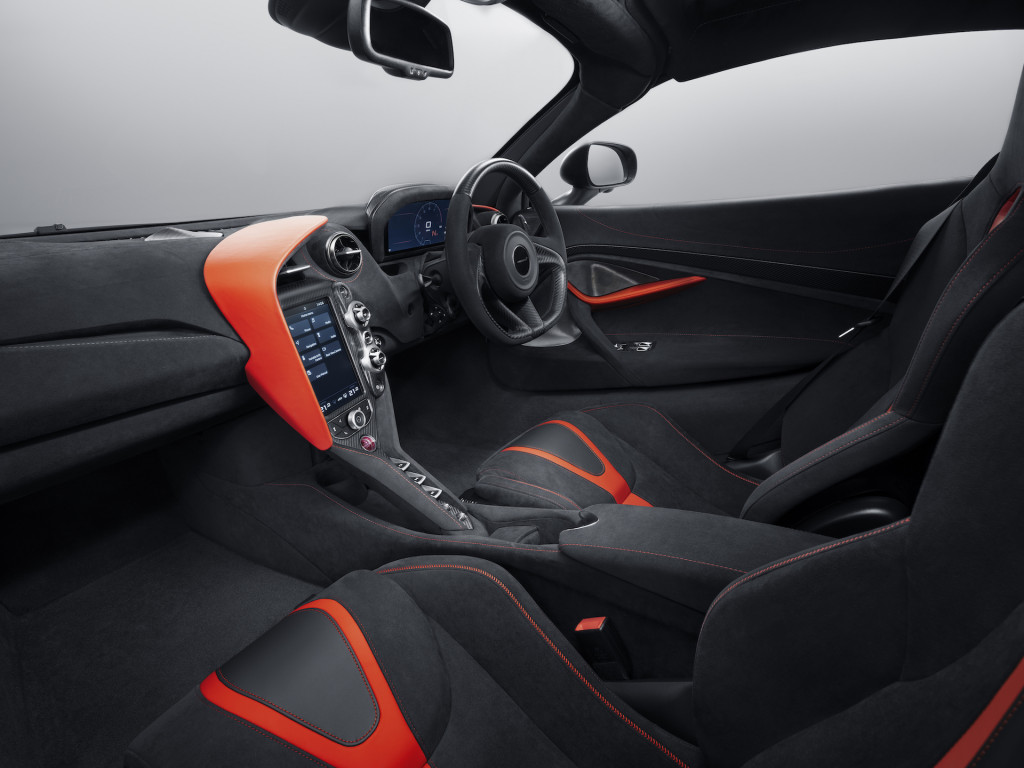 MSO has shown off plenty of bespoke cars before, but the combination of the gray, black, and red accents is a winner on the 720S's spaceship-like design. Despite its "Stealth" name, it'll like grab plenty of attention.

McLaren provided no price with its announcement, but the car will be for sale on McLaren London and one lucky buyer will go home with a beautiful car inspired by a legendary race winner.