After patiently waiting for years, the twin-turbo-V-6 powered Audi R8 is officially dead. The R8’s project manager, Bjorn Friedrich, confirmed to Car Throttle in a Thursday report the current-generation of the supercar will stick with a V-10 engine. And that's the final answer.

"It's the best engine for the car," Friedrich said.

The executive's confirmation follows an Audi source who claimed the long-rumored twin-turbo V-6 was dead this past March. The possibility of a V-6-powered R8 first came to light in 2016. A leaked product roadmap showed such a powerplant was planned for the supercar's refresh. Audi revealed the updated 2019 R8 last month and no twin-turbo V-6 was in sight. That likely means the supercar as we know it will march to the grave with the 5.2-liter V-10 engine as the only choice. The twin-turbo V-6 would likely have been the 3.0-liter engine from the RS 5, where it makes 444 horsepower. 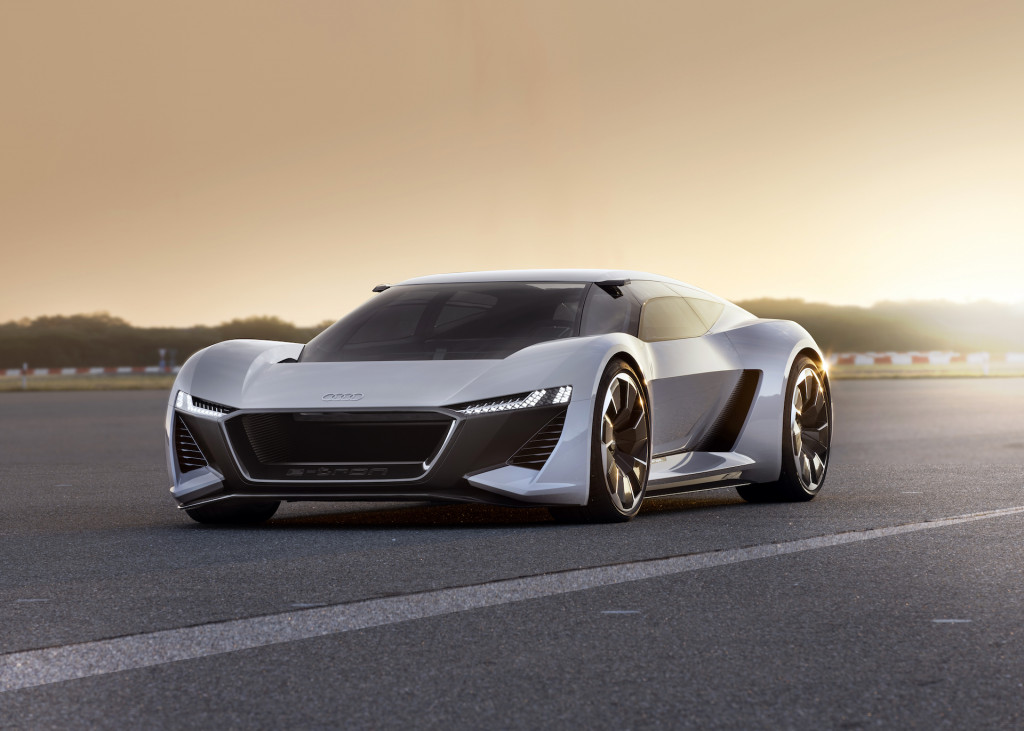 The R8's future is rather murky. Previous comments from an Audi executive pegged this as the final hurrah for the German supercar. In March, R&D boss Peter Mertens said there were no plans for a successor at that time.

Since then, rumors have swirled that a successor will arrive in the future, but possibly with an electric powertrain. Without a source, British publication Autocar said in a September report that a third-generation R8 would arrive for 2022 with a hypercar-like 1,000 or so horsepower.

Rumors of a new R8 also surfaced after Audi showed off the PB18 e-tron concept car at Pebble Beach this year. The PB18 previewed a future electric supercar.

We also know Audi plans for an e-tron GT production car. The electric super sedan will borrow heavily from the Porsche Taycan and ride on the brand's J1 electric-car platform. Audi will debut an e-tron GT concept at the 2018 Los Angeles auto show on Nov. 26.