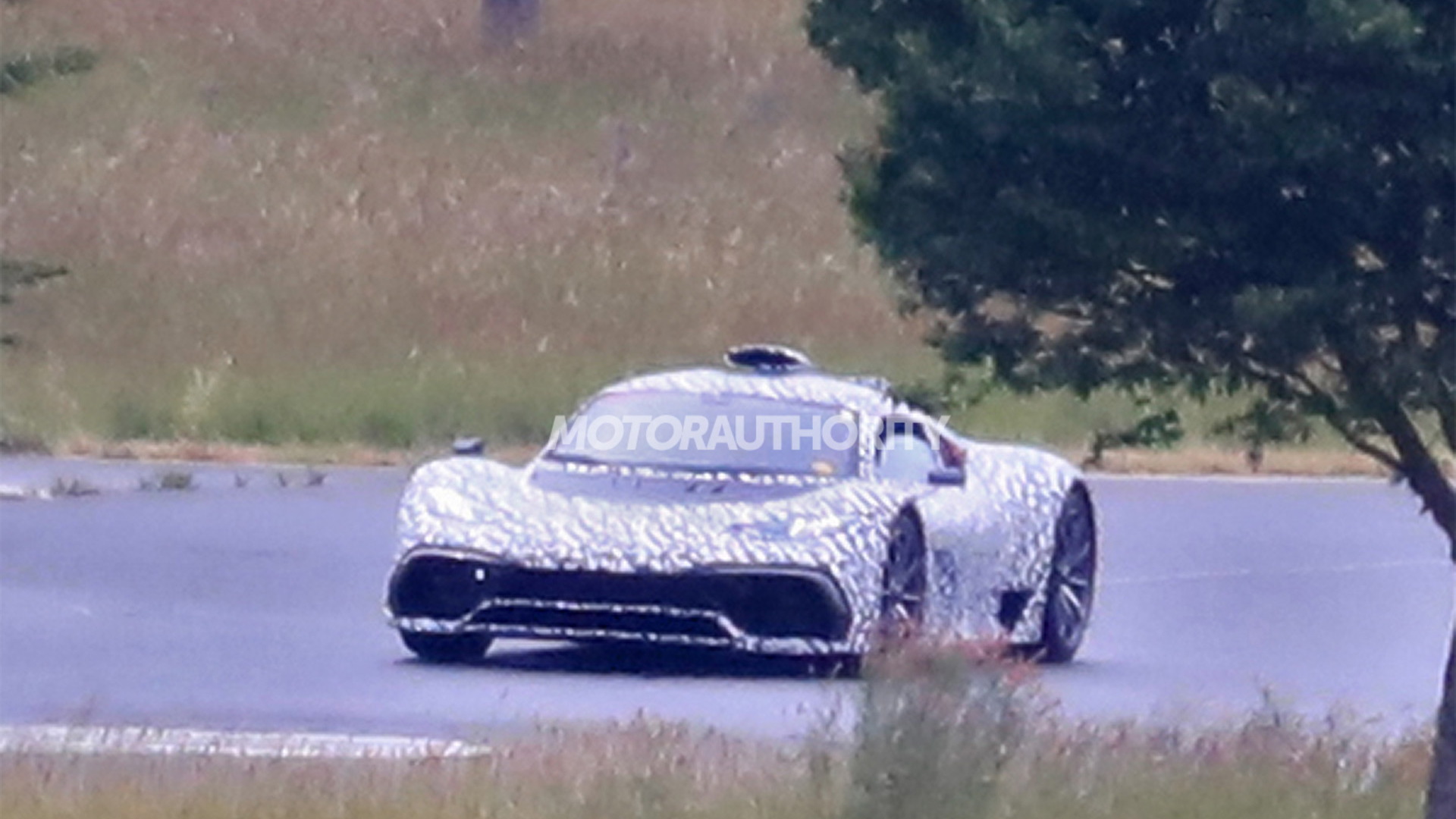 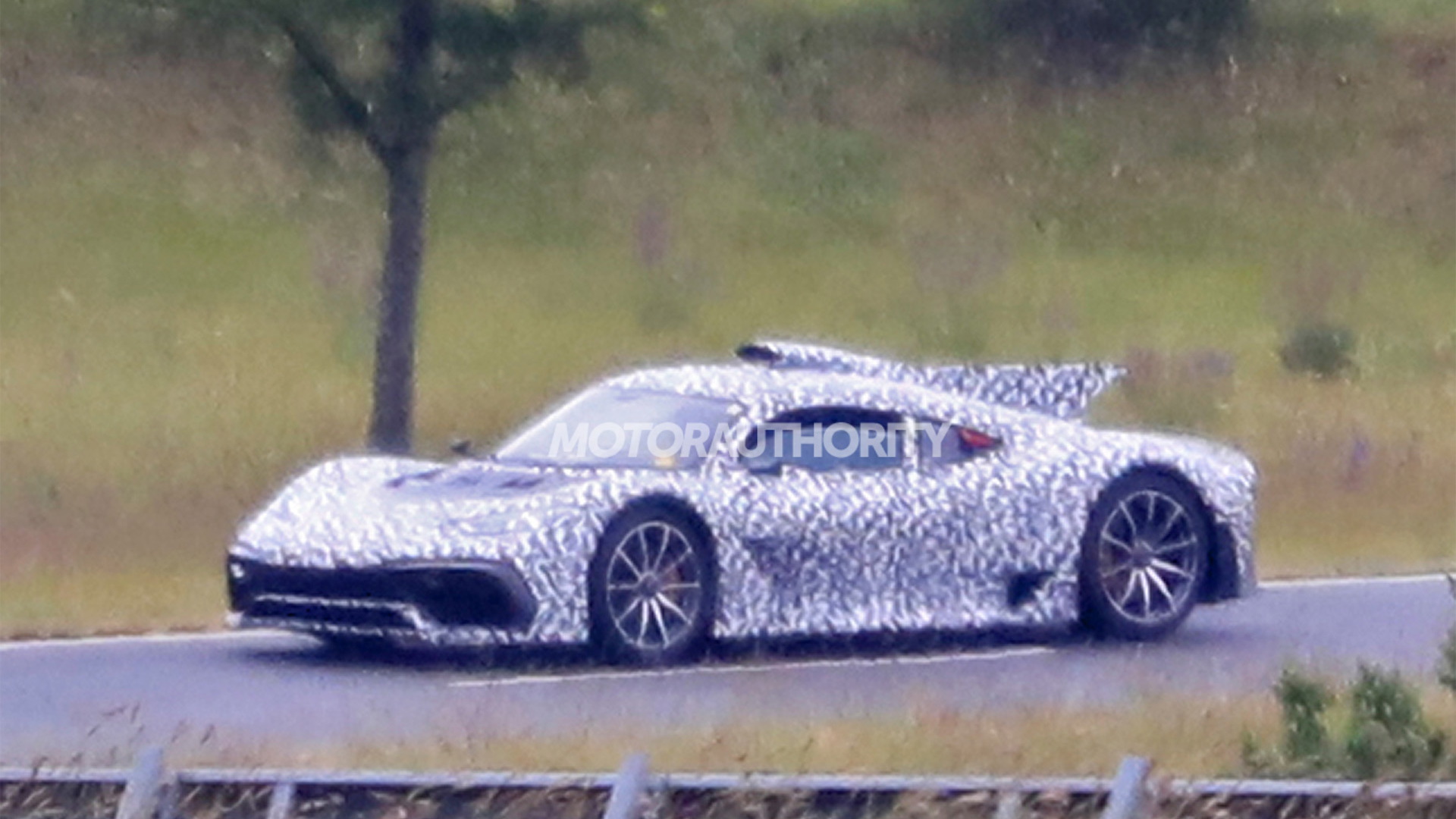 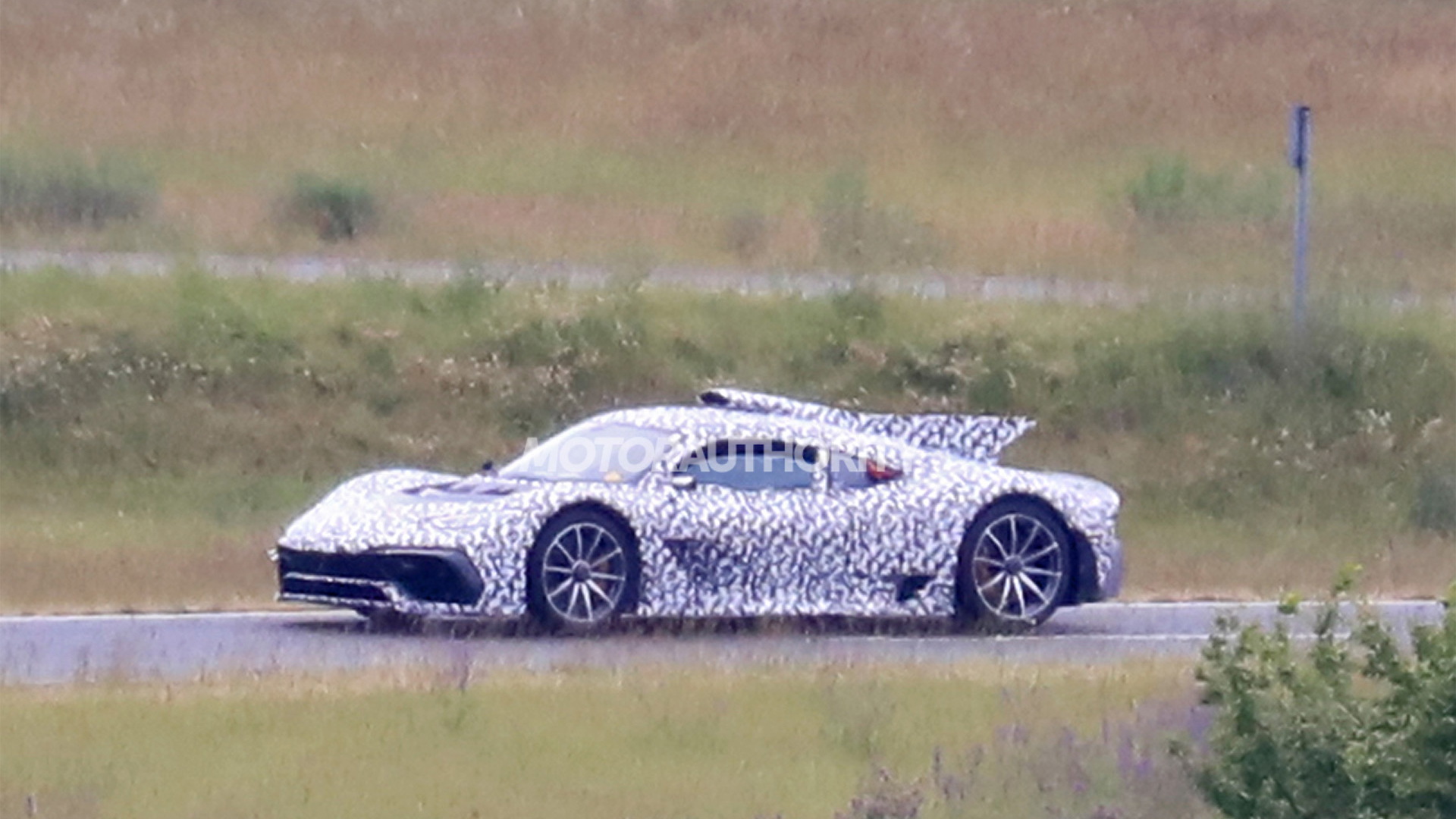 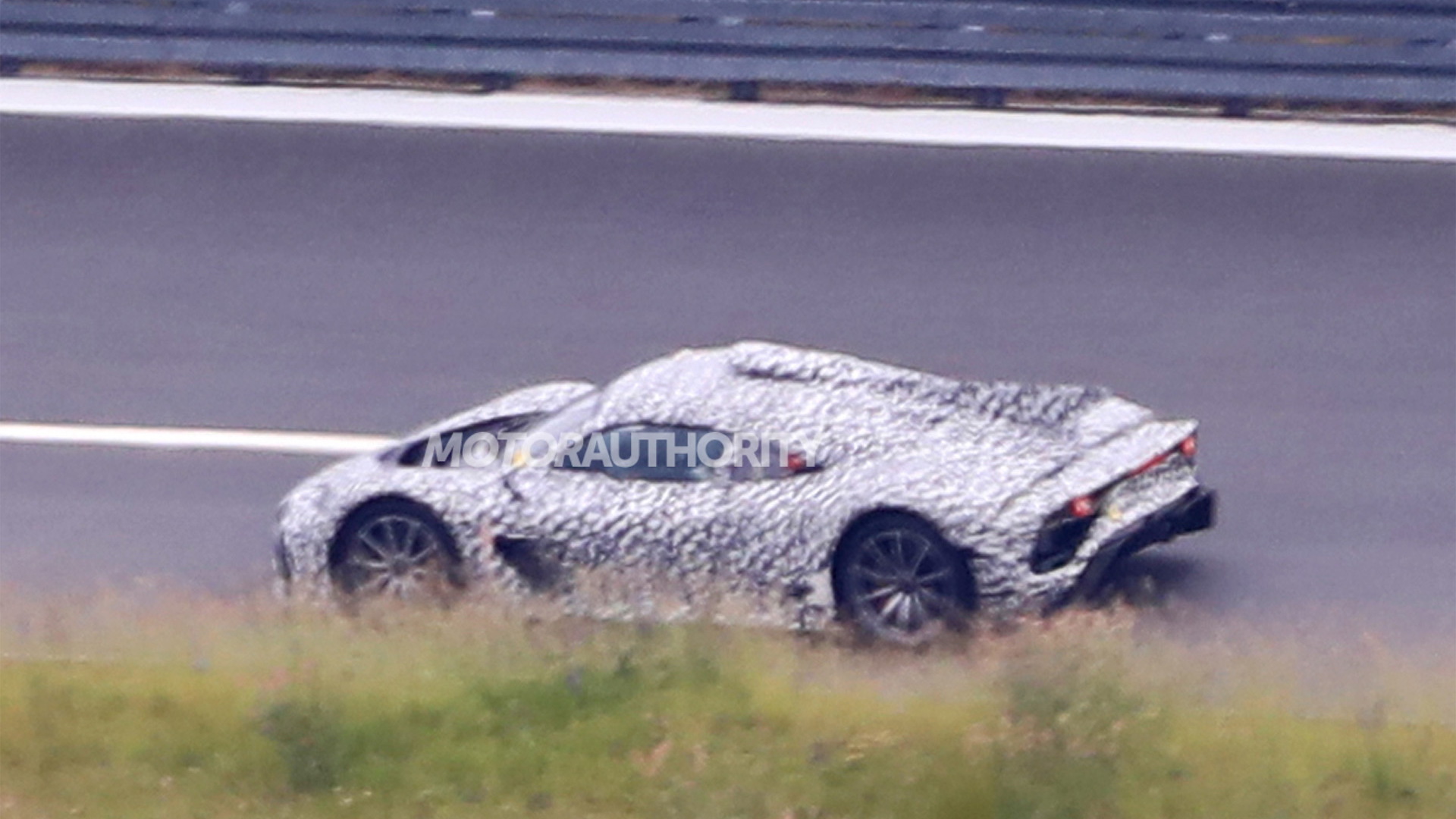 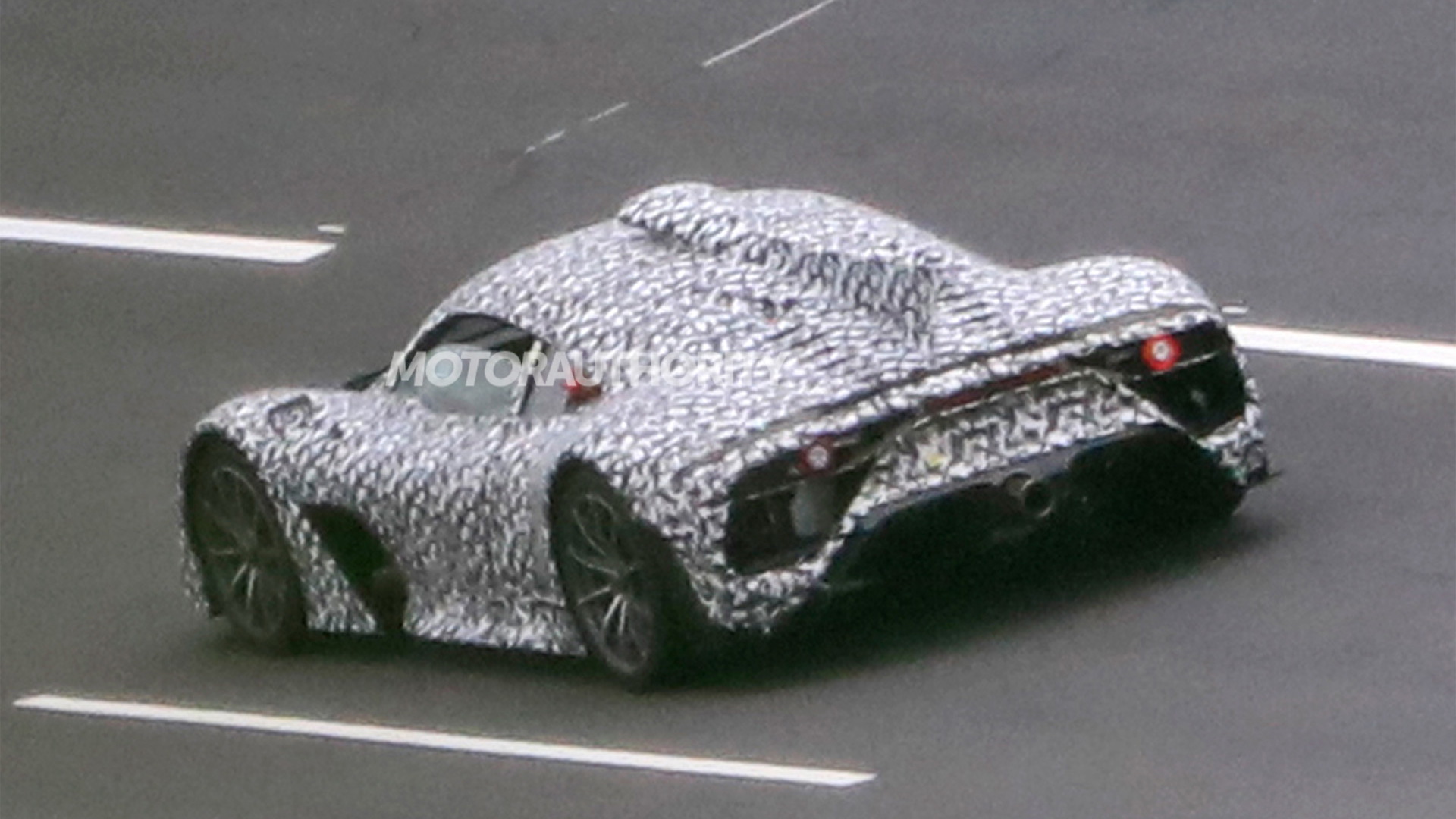 Mercedes-AMG has been spotted testing the One hypercar at a secret location.

The car was unveiled in prototype form as the Project One at the 2017 Frankfurt International Motor Show and confirmed at the time for a launch in 2019. But getting the car's Formula One engine suitable for road duty—certainly no easy task—is taking longer than expected. The car is now due to start deliveries in 2021.

The biggest issue has been with emissions, a task made tougher by the WLTP (Worldwide Harmonized Light Vehicles Test Procedure) emissions standard that came into force in Europe last September. It's a stricter standard than the New European Driving Cycle (NEDC) it replaced, and to meet it AMG is thought to have needed to develop multiple exhaust gas treatment systems, among other measures. Hopefully the car's crazy sound won't be diminished.

In case you've forgotten, the One features the actual engine used in Mercedes' multiple championship-winning F1 cars mounted in its middle, in this case a 1.6-liter turbocharged V-6 complete with an 11,000-rpm redline and a turbo-mounted electric motor-generator. Three additional electric motor-generators feature in the One, with one mounted to the engine and a further two at the front axle to form an all-wheel-drive system.

Combined output is above 1,000 horsepower. The particular setup also makes electric driving possible, though a range estimate isn't clear as there are no details on the size of the onboard battery.

Some performance estimates we do know include 0-60 mph acceleration in well under 3.0 seconds, 0-124 mph acceleration in under 6.0 seconds, and a top speed of around 217 mph. Helping to develop the car is none other than AMG F1 ace Lewis Hamilton. The six-time world champion has even expressed an interest in developing his own specification, a potential “LH” special edition.

Beyond the special powertrain, the One benefits from high levels of downforce. The active aerodynamics, which underwent wind tunnel testing with help from F1 engineers, features a multi-part, two-stage extendable rear wing for maximum downforce in race mode. We hear as much as 1,500 pounds.

Also borrowed from the world of F1 is the One's push-rod suspension design and lightweight carbon fiber construction.

Sadly, just 275 examples will be built, and all build slots are sold. Production is expected to take place at Mercedes' F1 team in the United Kingdom, using the same suppliers as the F1 team.

When it finally arrives, the One will be going up against another hypercar loaded with F1 technology, the Aston Martin Valkyrie. The Aston was also originally due in 2019 but is now expected to start deliveries in late 2020.