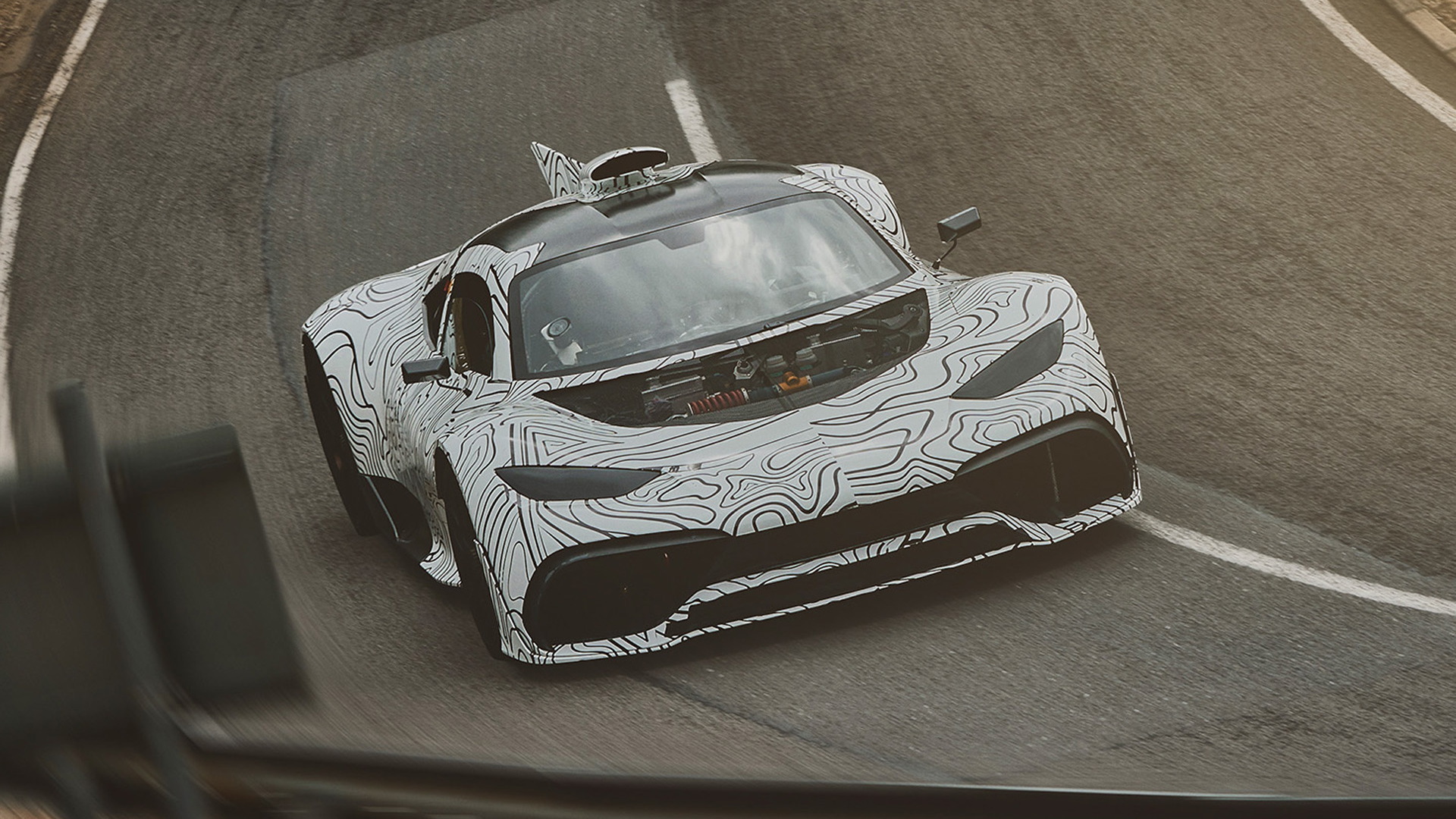 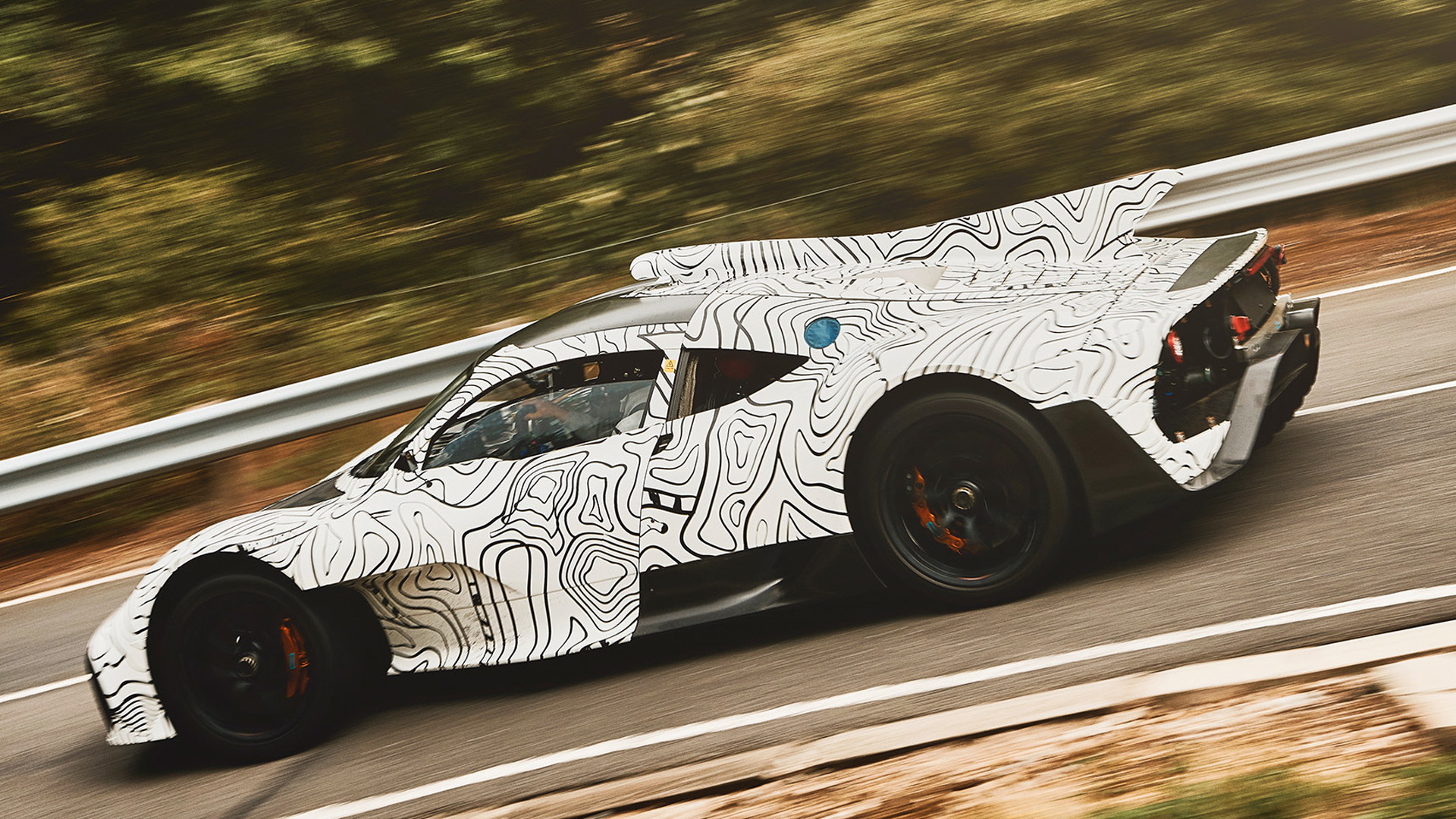 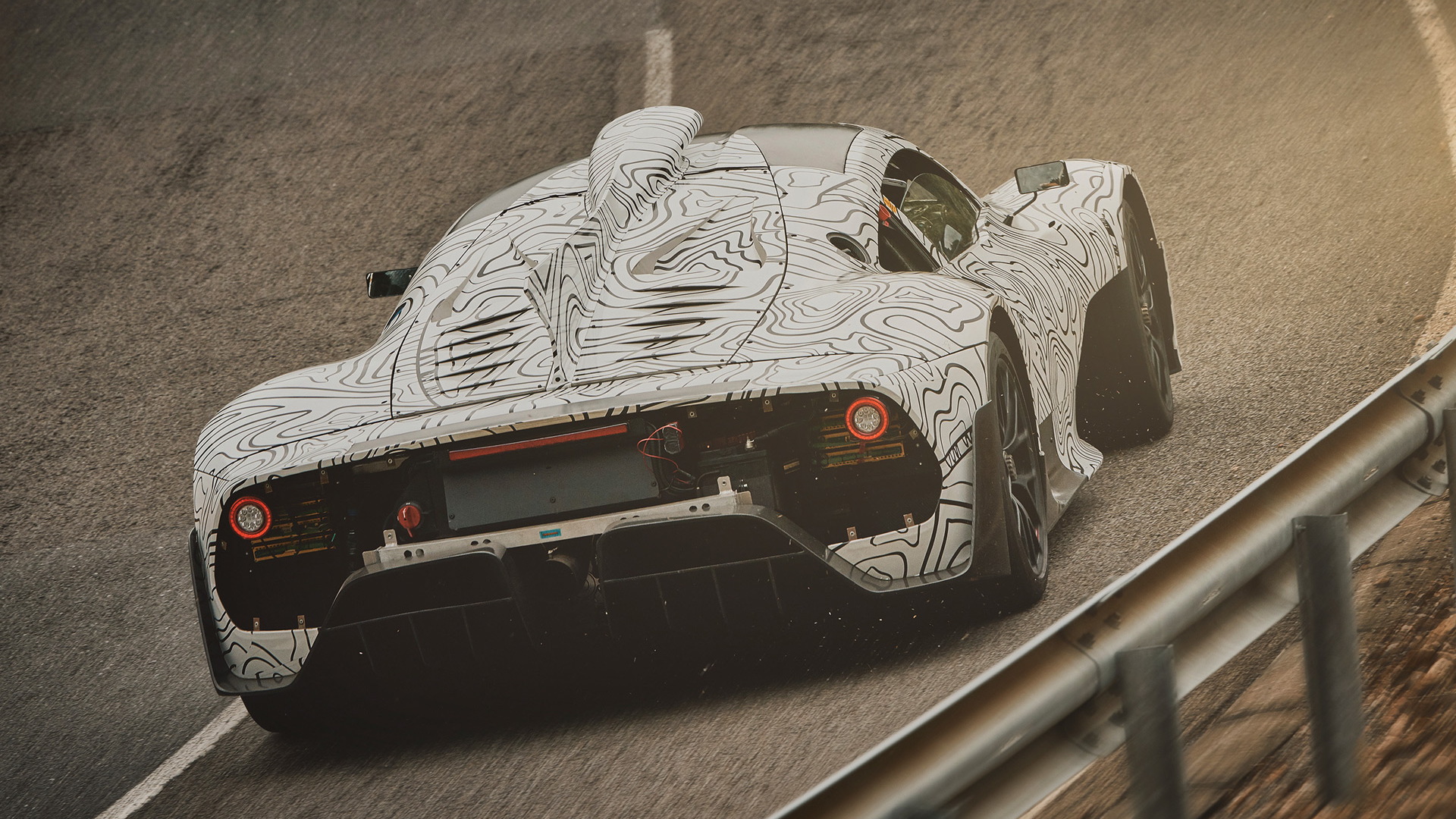 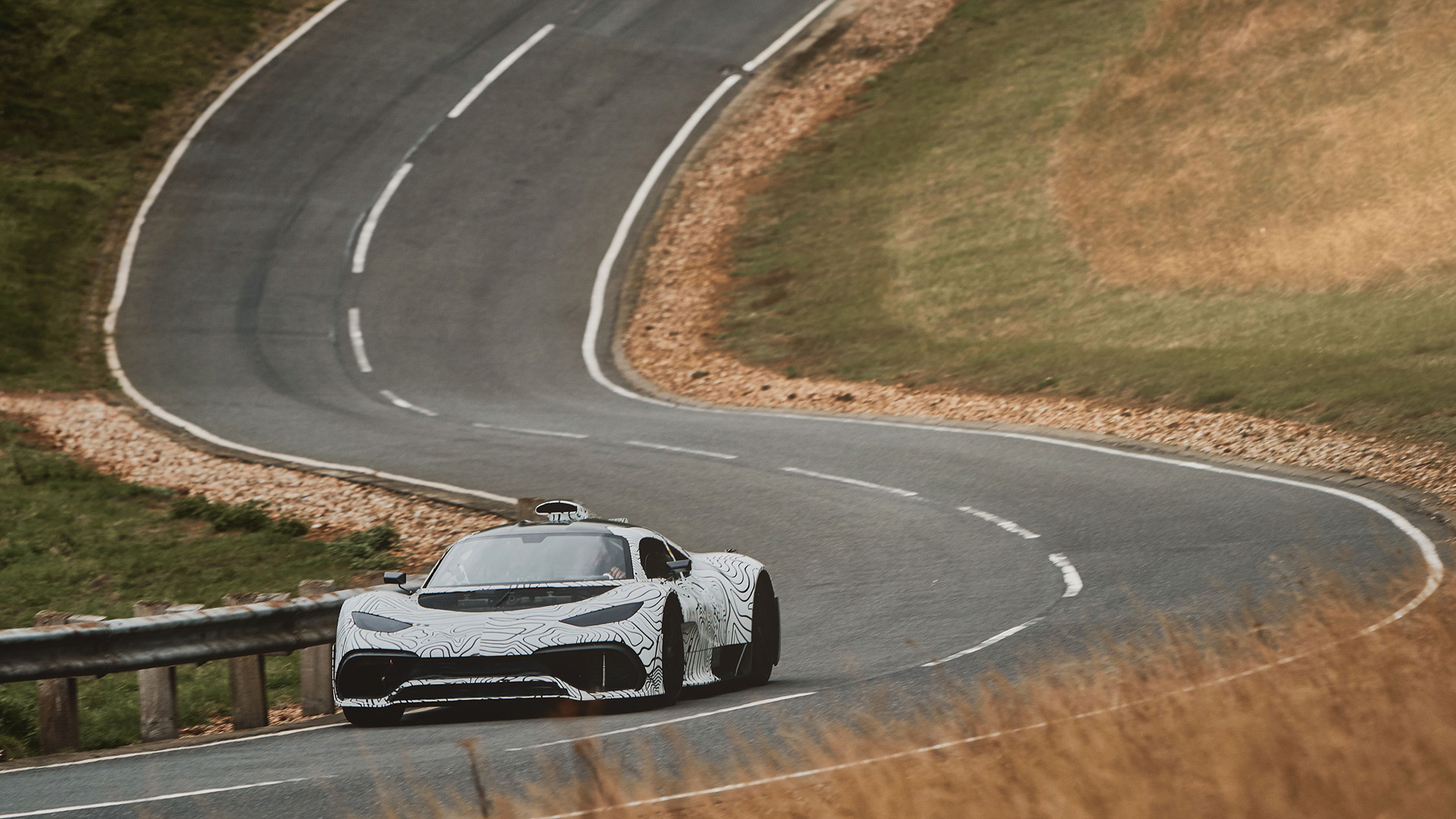 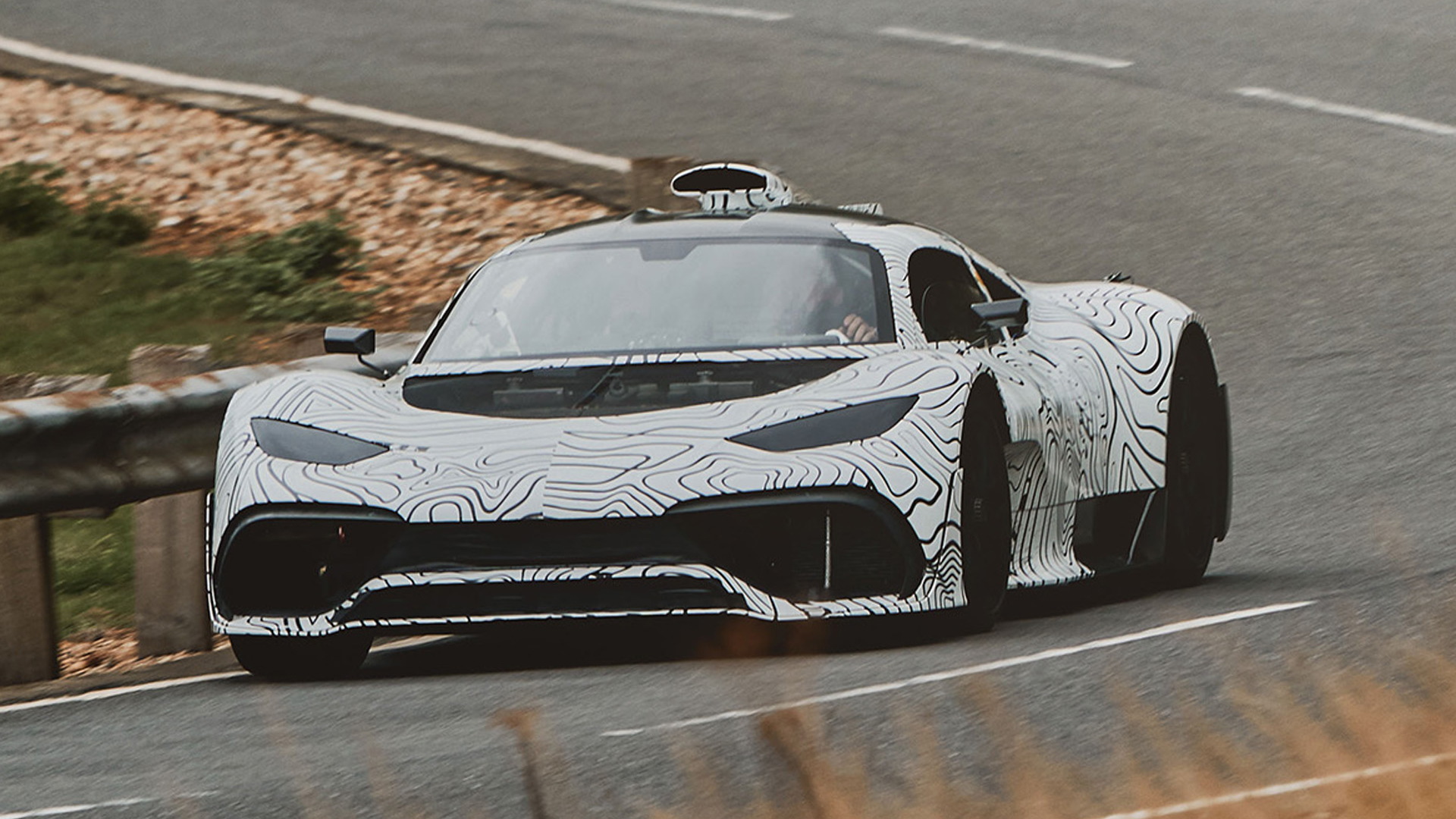 Mercedes-AMG's Project One hypercar is approaching the final stage of development.

From the few photos AMG has supplied, the car looks absolutely menacing out on the road, even with many of the finer elements still missing.

But what the photos can't provide is the sound the car makes thanks to it featuring the same engine as Mercedes' multiple championship-winning Formula 1 race cars, specifically a turbocharged 1.6-liter V-6 mated to a sophisticated and powerful hybrid system.

AMG presented the Project One as a concept at the 2017 Frankfurt auto show. Since then there has been a lot of development taking place in the virtual world, at secret test sites, and at the Mercedes F1 team's base in the United Kingdom.

In particular, hundreds of testing hours were required just to get its engine ready for road car use. The whole powertrain including all hybrid components underwent the toughest race track tests on the high-performance dyno at the same site where engines for Mercedes' F1 cars are developed and tested.

With this stage passed, the powertrain was then installed into prototypes like the one shown here. The cars have mostly tested on closed-off roads and race tracks, but we're told that because of the characteristic F1 sound they make the cars are hard to keep from the public eye. Hopefully we have some video soon.

AMG is due to start deliveries of the Project One in 2019. Full details haven't been released but we know the car will generate more than 1,000 horsepower from its F1 engine working with four electric motors. There will also be advanced pushrod suspension and active aerodynamics helping to generate up to 1,500 pounds of downforce.

AMG will only build 275 examples of the car, and there will just be the one version of the car so don't hold your breath for track-only or convertible versions.