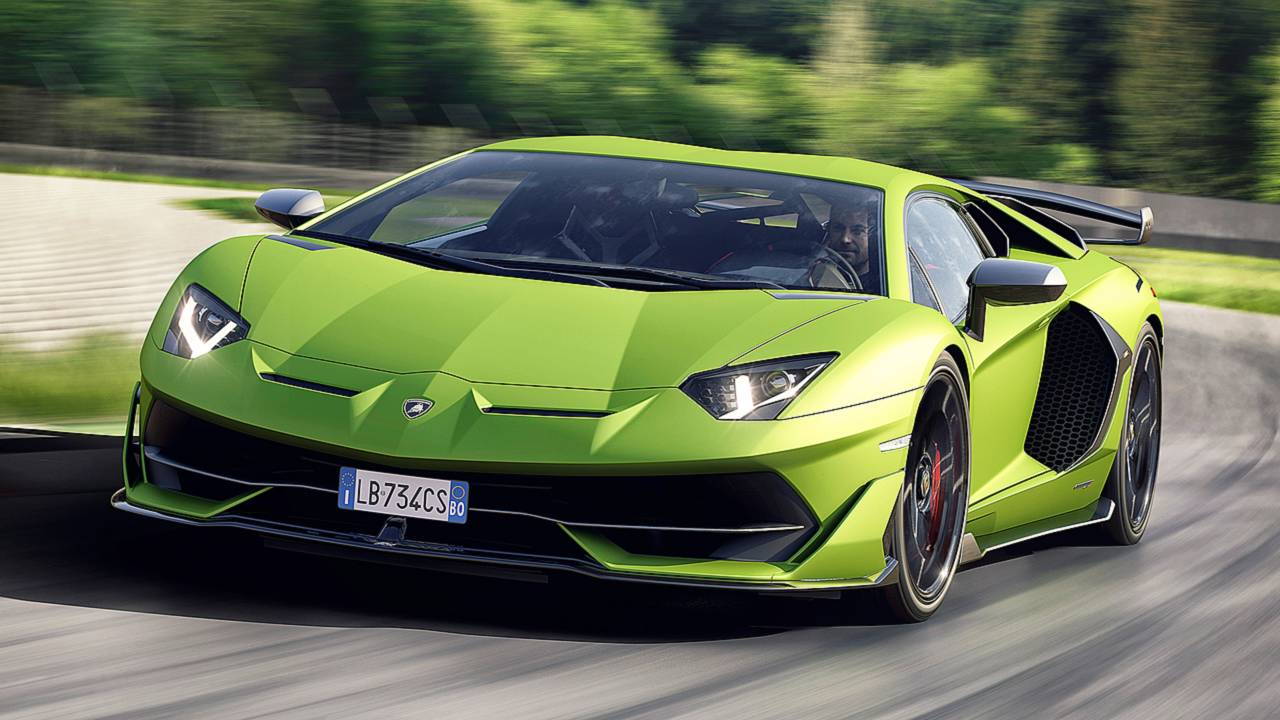 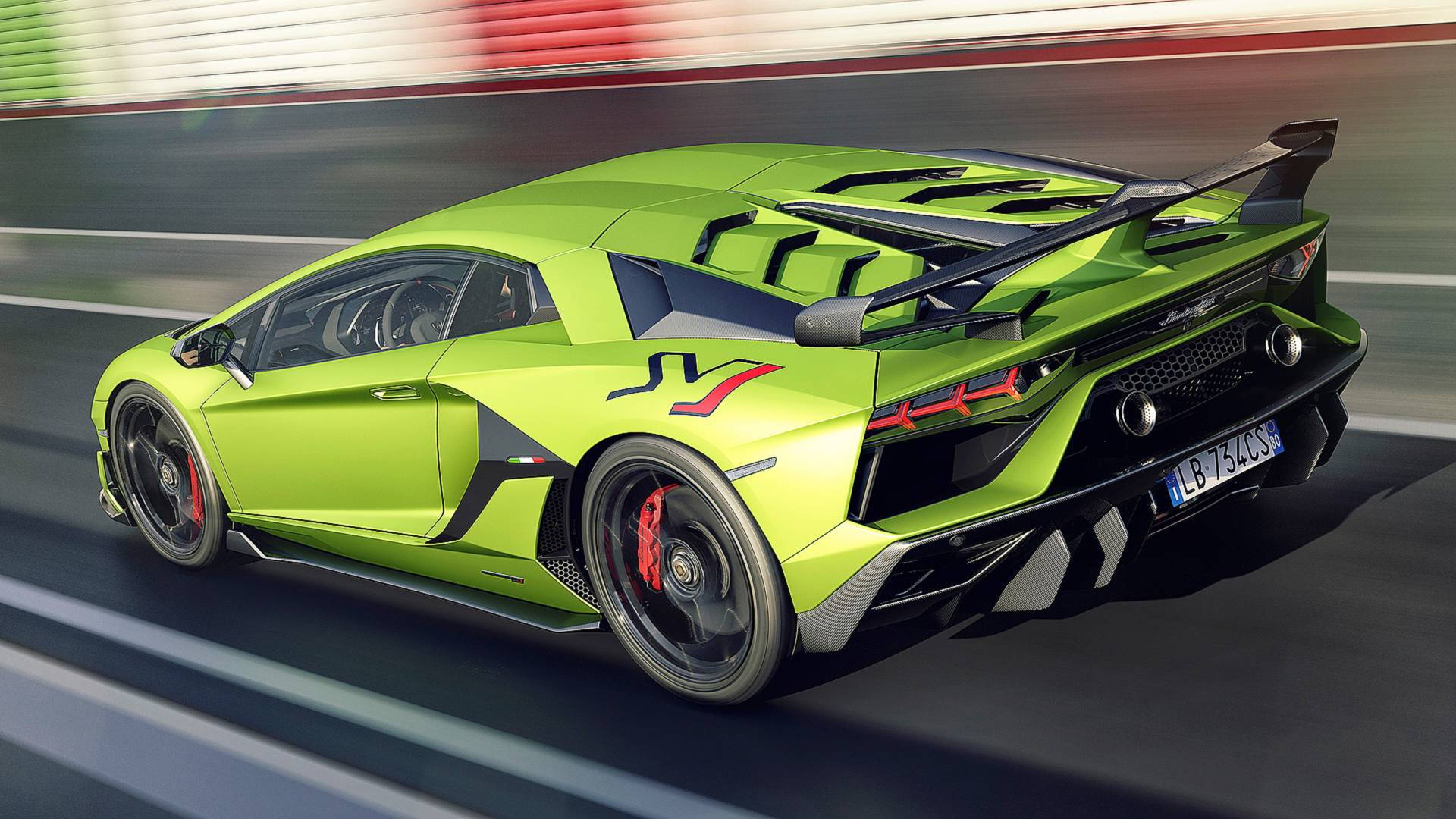 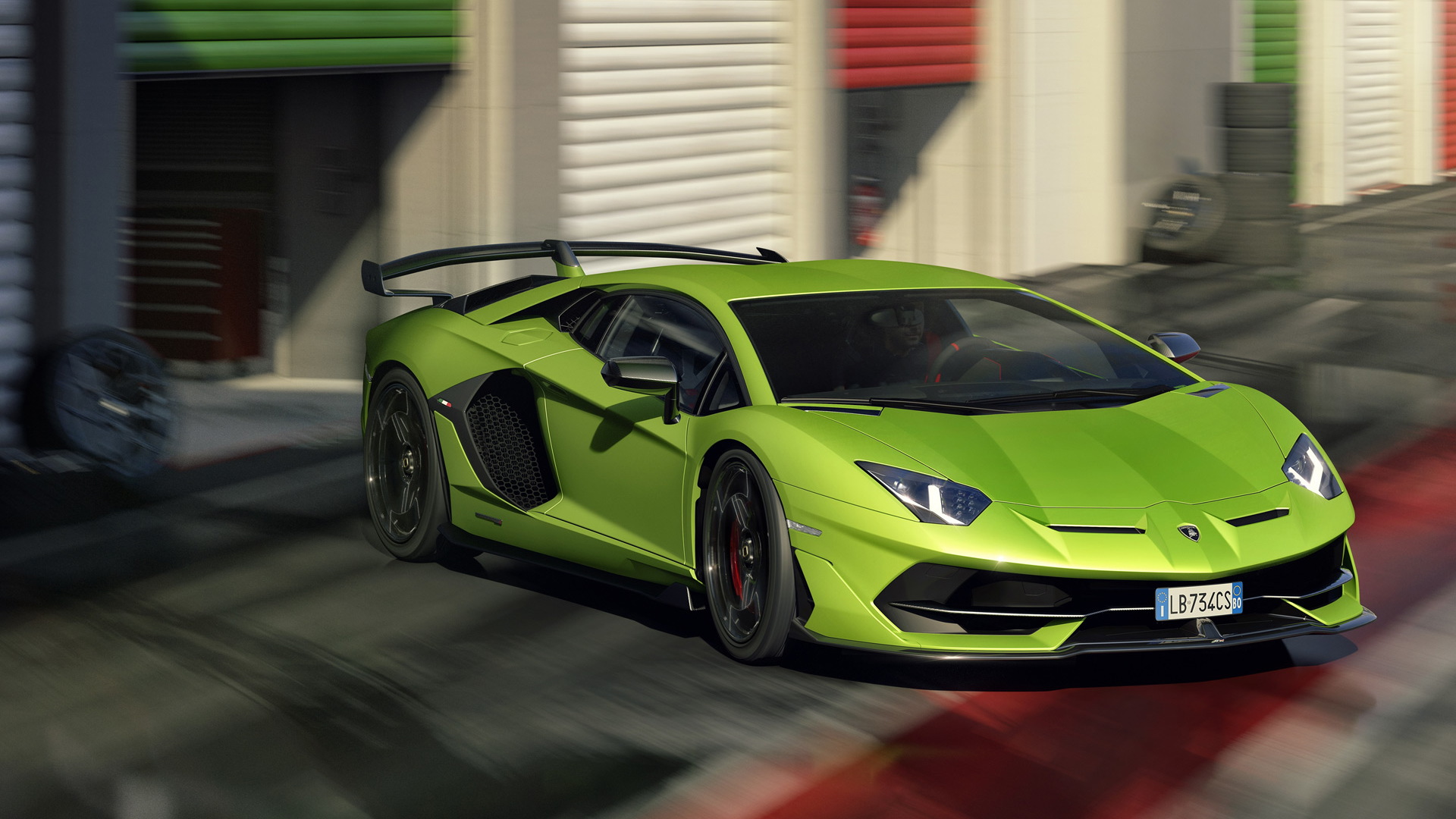 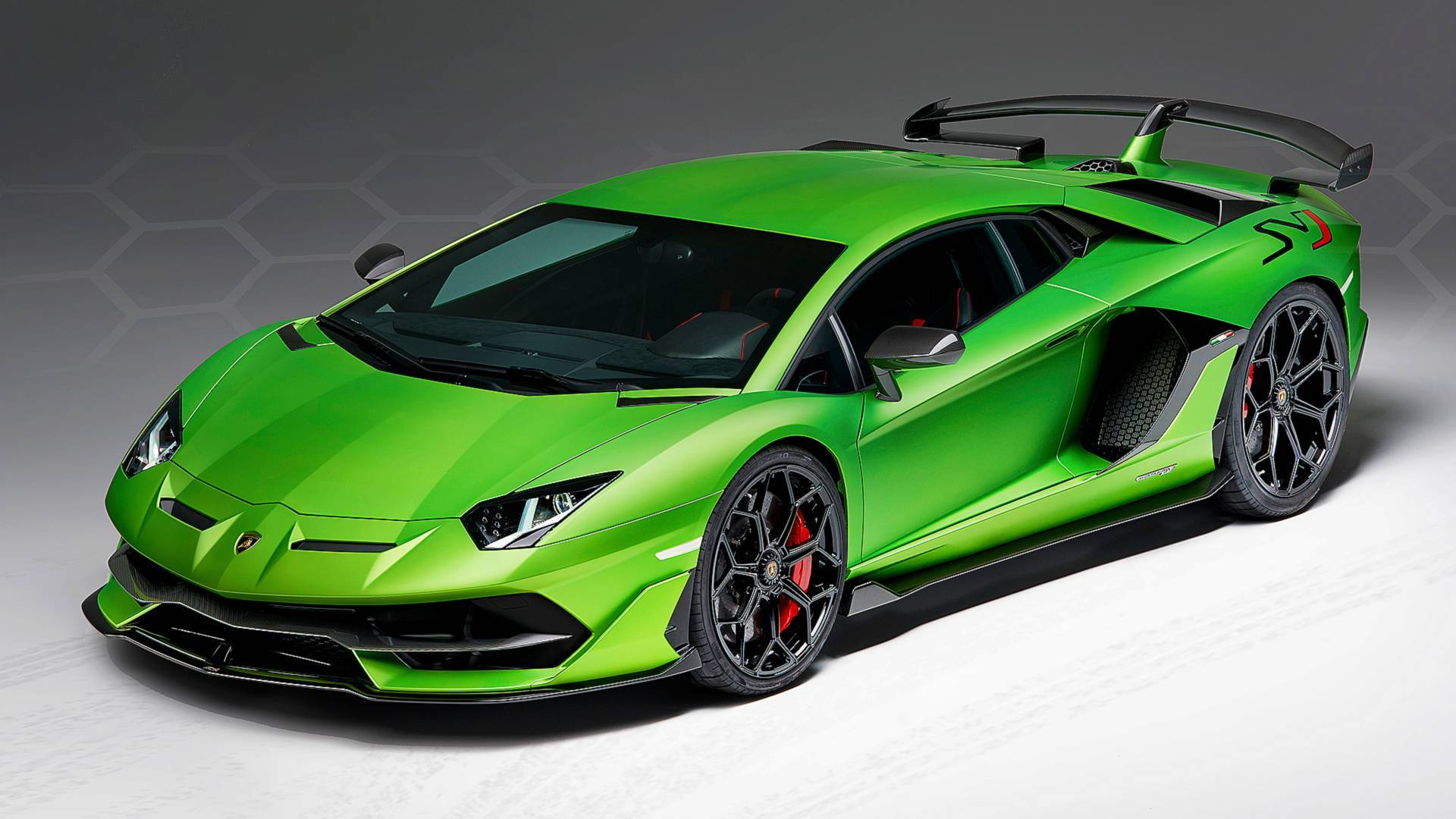 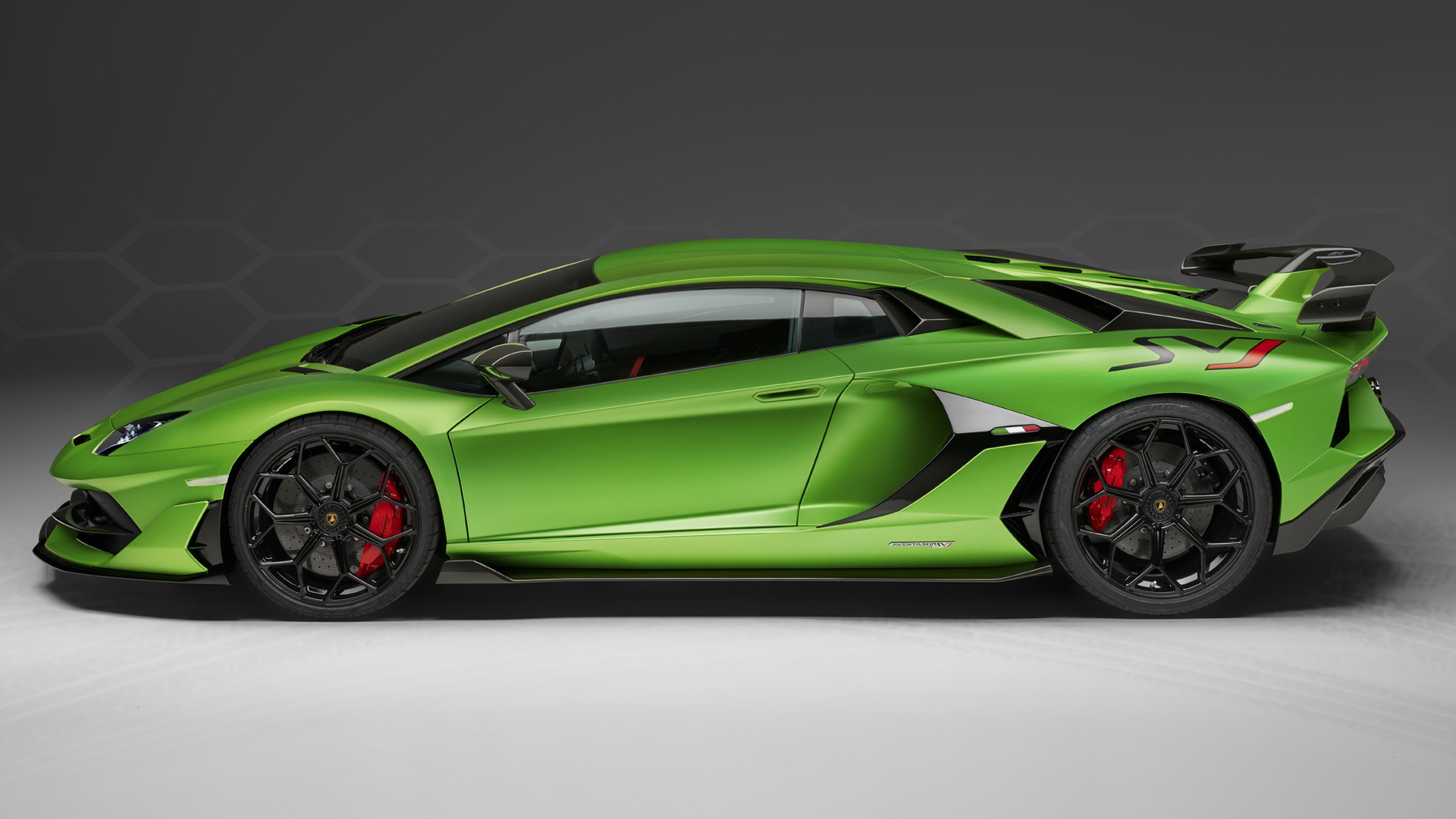 It's finally here. Lamborghini's Aventador SVJ, the current record holder for production cars at the Nürburgring, was unveiled Thursday night in Monterey, California.

The covers came off during The Quail, A Motorsports Gathering, where Lamborghini confirmed all of the specs including a starting price of $517,770. The first deliveries are due in early 2019 and just 900 will be made for worldwide sale. The total includes 63 examples known as the SVJ 63 and featuring extra carbon fiber, with  the number in the name marking Lamborghini's founding in 1963.

The SVJ represents the highest state of tune for the Aventador, with its 6.5-liter V-12 spitting out 759 horsepower and 531 pound-feet of torque. That might not be a huge bump over the 739 hp of the Aventador SV, but thanks to a host of other mods, particularly in the area of aerodynamics, the SVJ managed to lap the 'Ring in only 6:44.97, or about 15.0 seconds quicker than the SV.

Owners can also expect 0-62 mph acceleration in 2.8 seconds, 0-124 mph acceleration in 8.6 seconds, and a top speed of more than 217 mph. Thanks to powerful carbon-ceramic brake rotors, the SVJ will come to a stop from 62 mph in less than a 100 feet of road length. The standard tires are a custom Pirelli P Zero Corsa design but for ultimate track performance you'll need to switch to the available Pirelli P Zero Trofeo R rubber.

The key to the car's track prowess is the application of Lamborghini's Aerodinamica Lamborghini Attiva (ALA) active aerodynamics system, at the front and rear of the car. The aero system uses a pair of flaps in the front splitter that open and close to either disrupt airflow or maximize downforce. Channels in the rear wing work in a very similar fashion. They allow the air flowing through the wing to be split right and left, allowing aero vectoring for high speed cornering.

Lamborghini quotes a 40 percent increase in downforce at both axles and a slight improvement in the coefficient of drag compared to the SV, despite the SVJ featuring a wider frontal area. The bigger side air intakes and the new front side fins are said to help reduce drag while improving overall cooling. There's also improved underbody aero with vortex generators working in conjunction with front diffusers and a new, extreme-design rear diffuser.

Then you have all the weight-saving mods, helping the SVJ to tip the scales at only 3,362 pounds dry. In addition to all the carbon fiber used on the car, the engineers also went with a high-mounted naked exhaust. As well as saving weight due to its proximity to the engine: the exhaust system itself is also lighter.

If that wasn't enough, the SVJ's all-wheel-drive system (it's now even more rear-biased), rear-wheel steering, seven-speed transmission, traction control, and stability control have all been tuned specifically for the car to improve performance. The anti-roll bar stiffness is also up and so is suspension damping force.

A digital instrument cluster shows all of the important functions, including the status of the ALA system. And track fans will want to add Lamborghini's telemetry system which can record lap times and track performance as well as trip data.

In case you were wondering, the SVJ name, which comes from the limited-production Miura SVJ of the 1970s, signifies track prowess. The Miura SVJ, after all, was based on the one-off Miura Jota that was built to meet the FIA's Appendix J racing regulations. Thus, the name is entirely appropriate for the latest raging bull.

Alas, the Aventador SVJ also marks the end of an era. Lamborghini confirmed the SVJ is its final car to feature a non-hybrid V-12 engine. The Aventador's successor, possibly due in 2022, will likely introduce a hybrid V-12 engine to preserve the mill for at least one more generation.