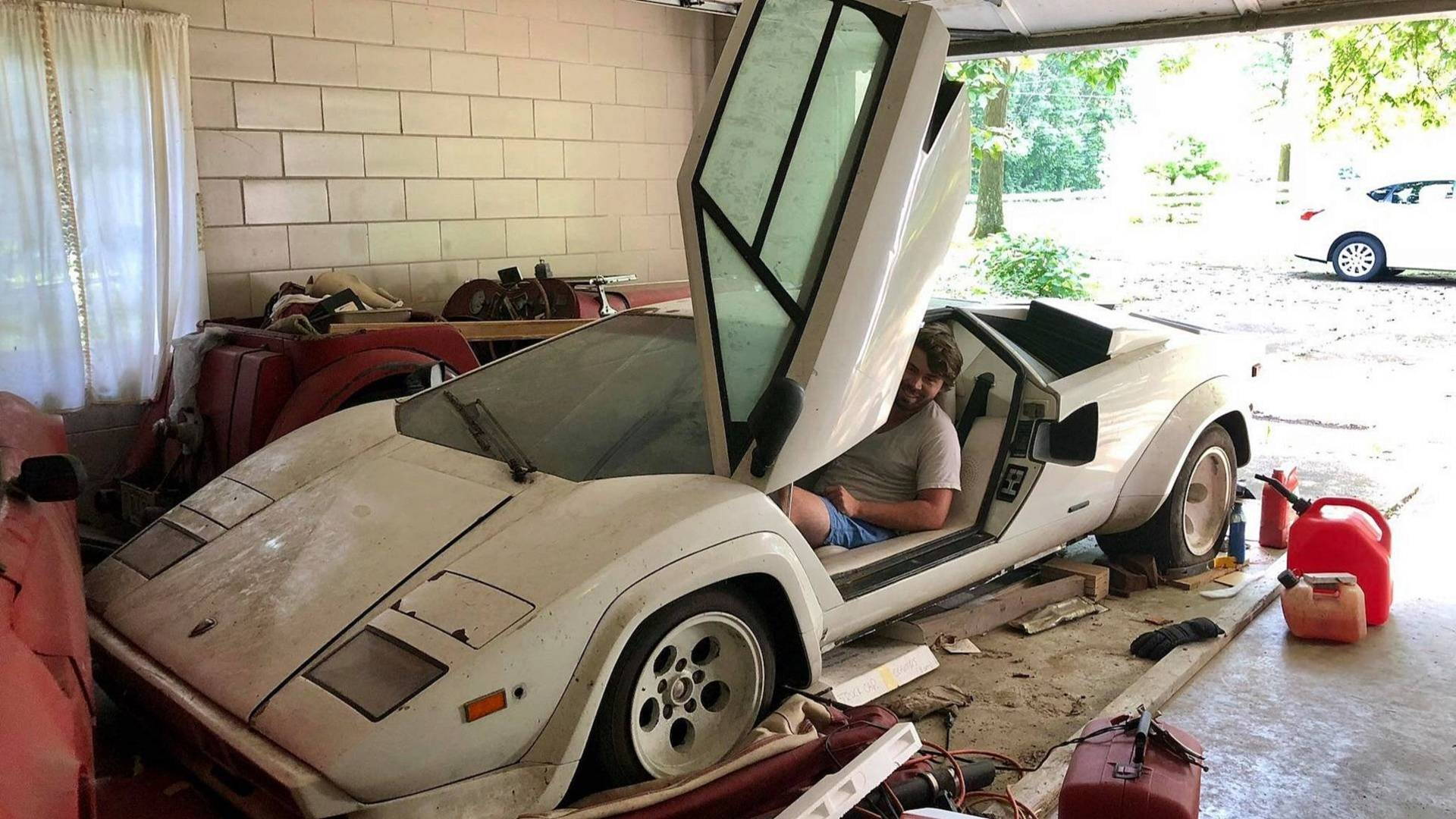 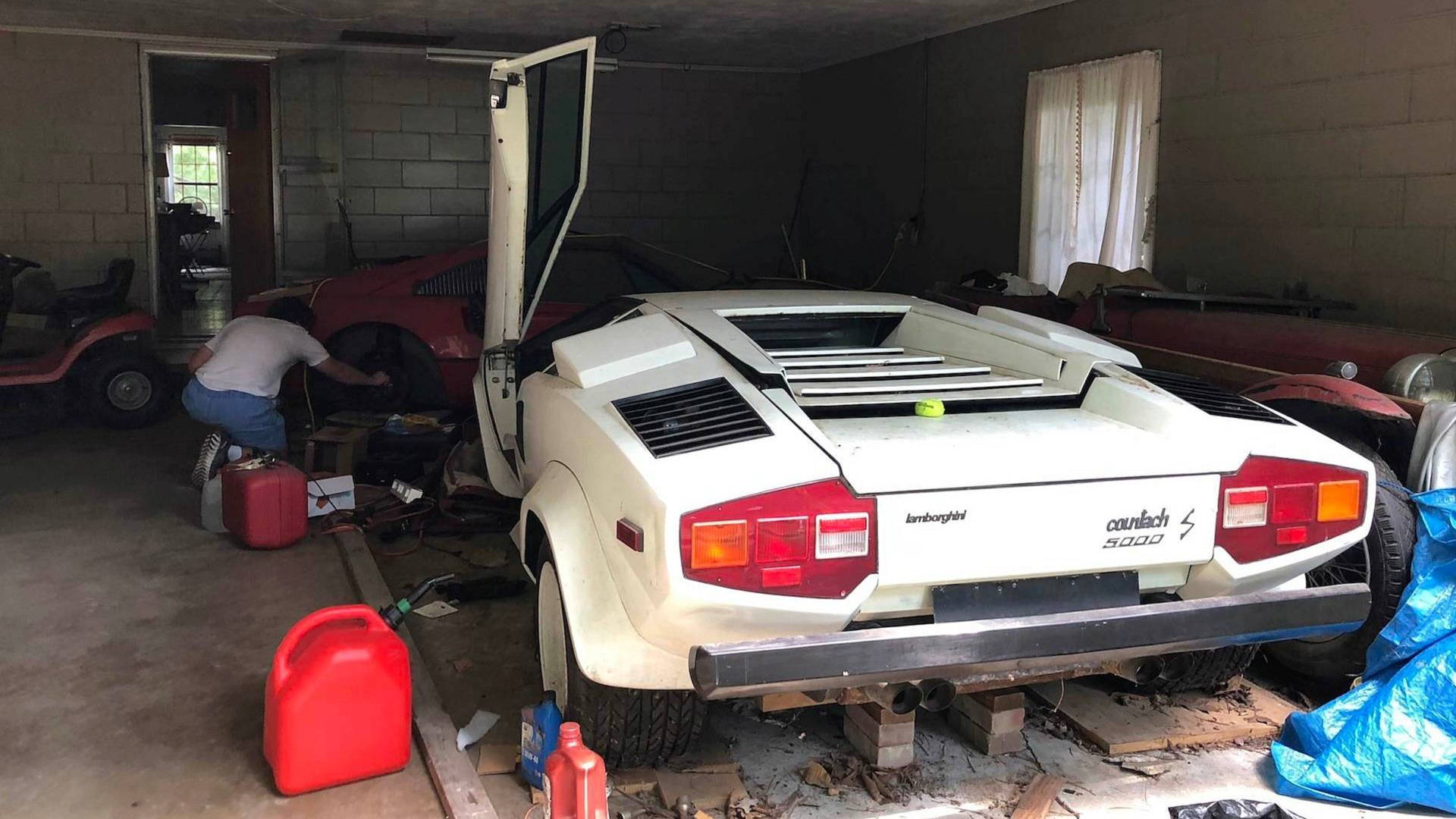 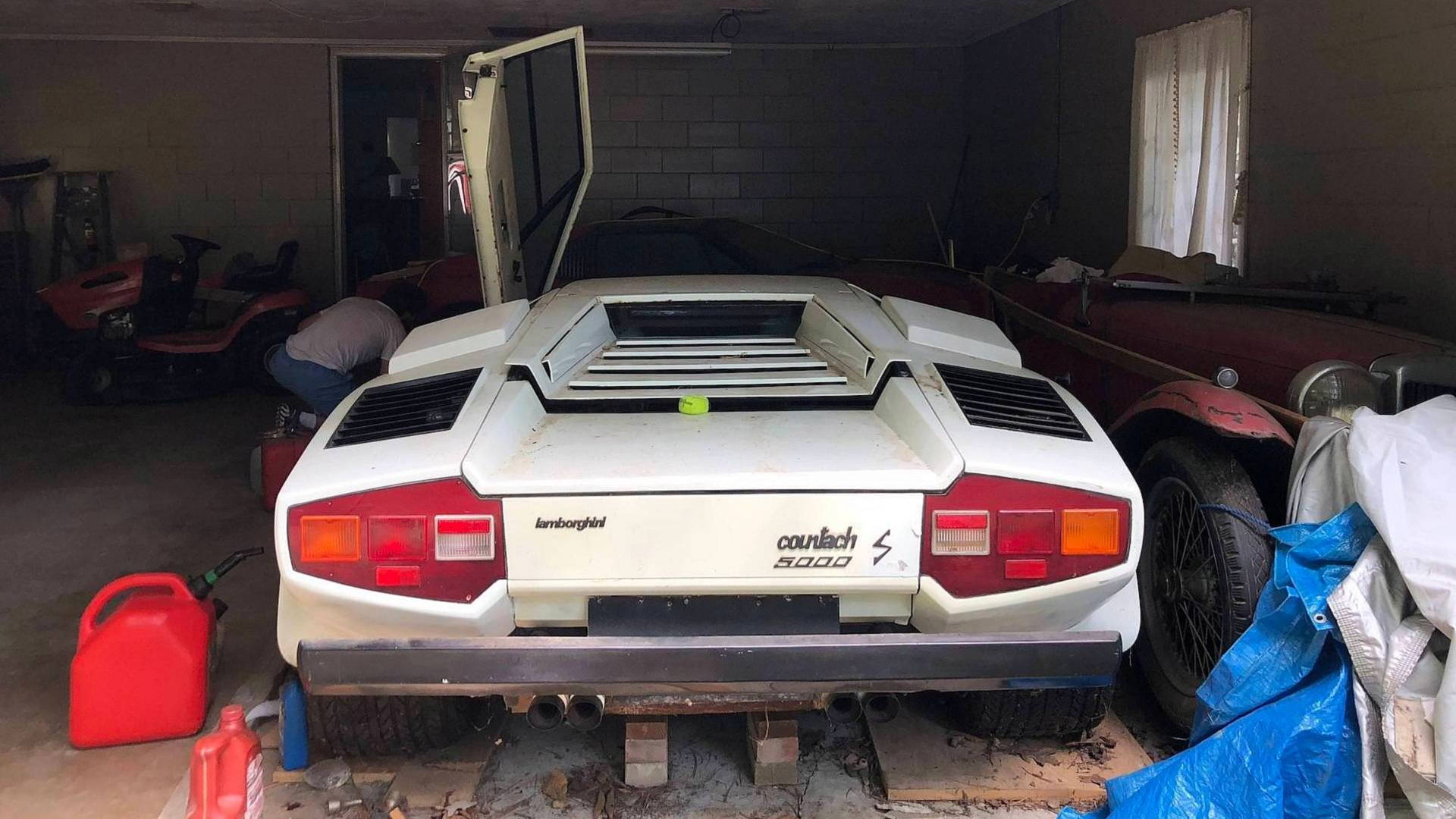 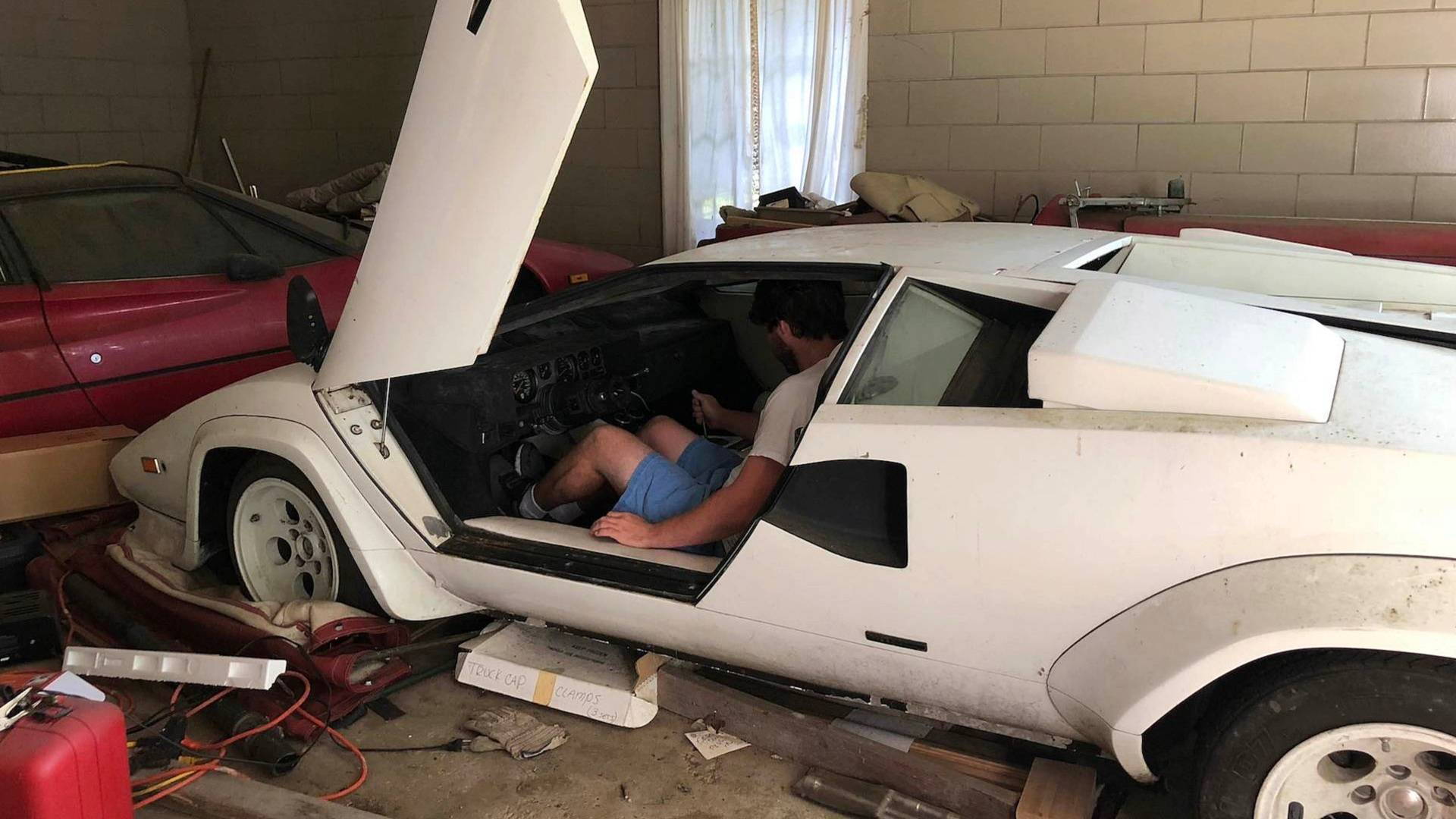 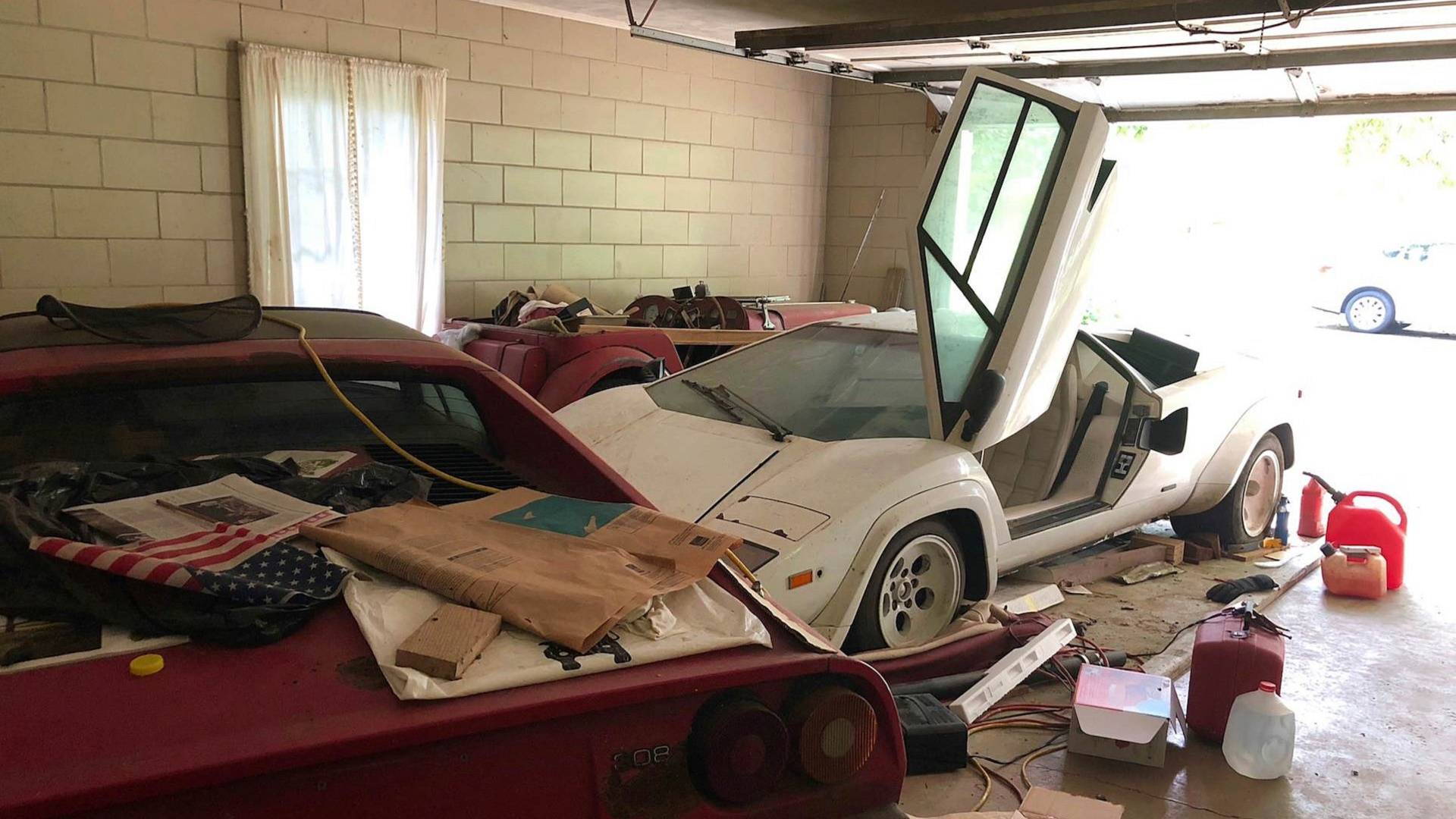 A Reddit user visiting his grandma took the opportunity to check out a pair of cars he knew to be sitting neglected in the family garage. One is a Ferrari 308 and the other is a Lamborghini Countach, both of which need some serious love and affection. Regardless of the current state of both cars, both are still extremely cool. To some, they are far cooler than most modern machines.

The Reddit user refers to the Lambo as a 1981 Countach, though we're inclined to believe it's actually a 1982 model. That's the first year that Lamborghini offered the larger 4.8-liter V-12 engine, and it would explain the 5000 S badging on the rear of the car. Otherwise it would've been an LP400 S. Regardless, it's a heck of a machine to find sitting covered in dust in your grandmother's garage. 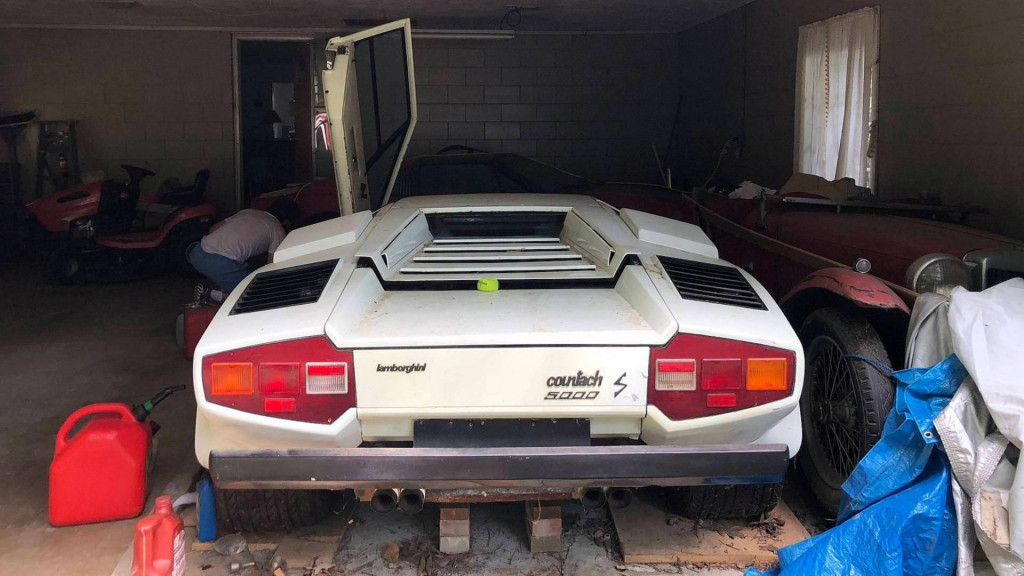 Grandma's 1981 Lamborghini Countach is still cool even covered in dust

The story goes that our hero's grandfather had an exotic car rental business, but when insurance rates rose too high the company was scrapped. These two cars remained in the possession of the family, though. They spent many nights outside and in a leaky garage, and the neglect of both sadly continues to this day.

Despite the current state of the Countach, it would likely still fetch a serious pile of cash. Hagerty says the average value for a 1982 LP500S sits around $352,000. That's for one in "Good" condition. An example prepped for Concours duty is a $500,000 car. Depending on the mileage and condition of the mechanical bits, this one could probably bring in $100,000 or more. A lot of work would be needed to return it to its former glory, though, so only buyers ready to spend even more money should be interested.

We have to imagine that buyer exists, and we hope the family offers the Lamborghini Countach for sale in one form or another.

In the meantime, it's fascinating to see the poster car for many young automotive enthusiasts in such a state of neglect.