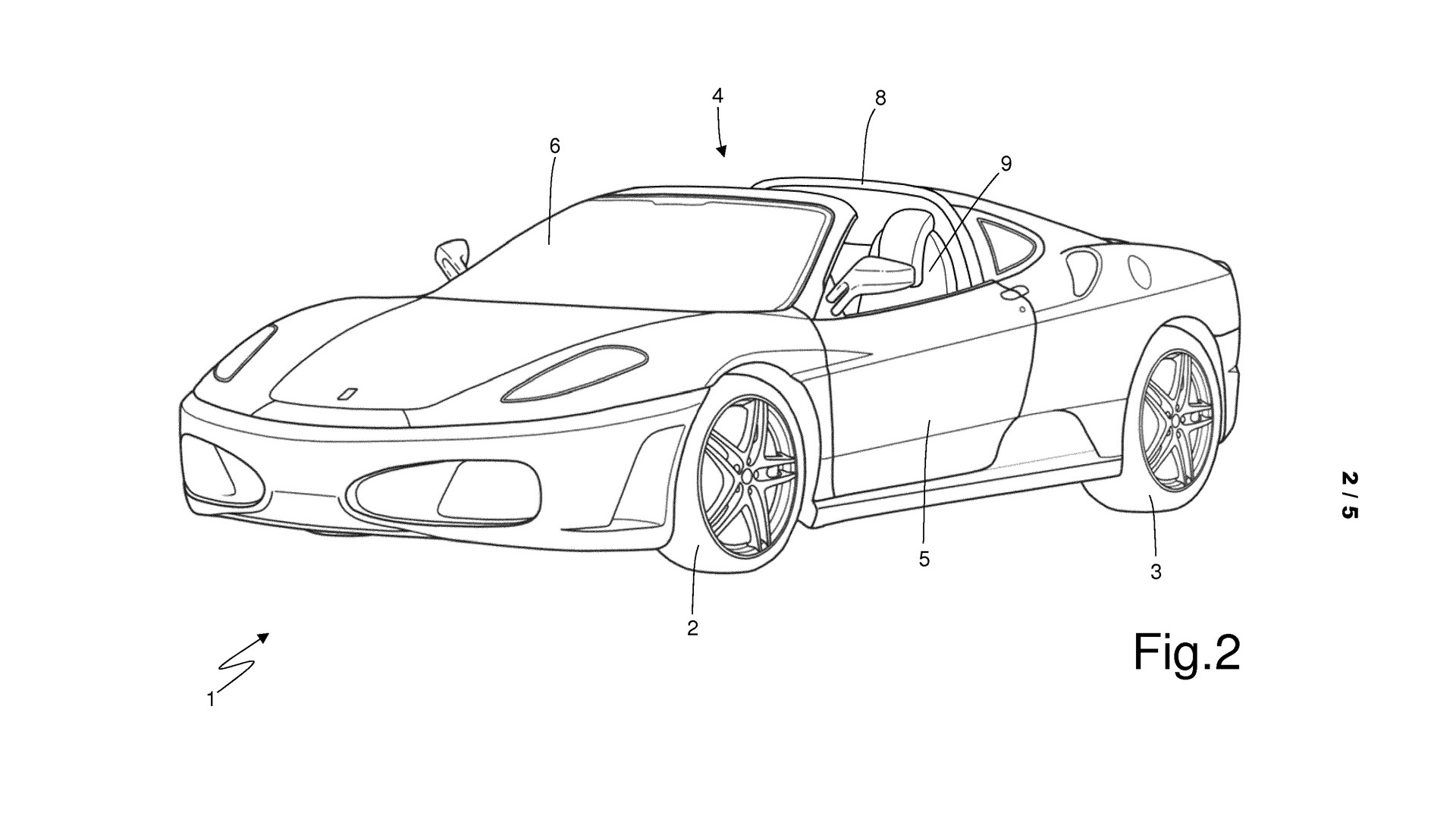 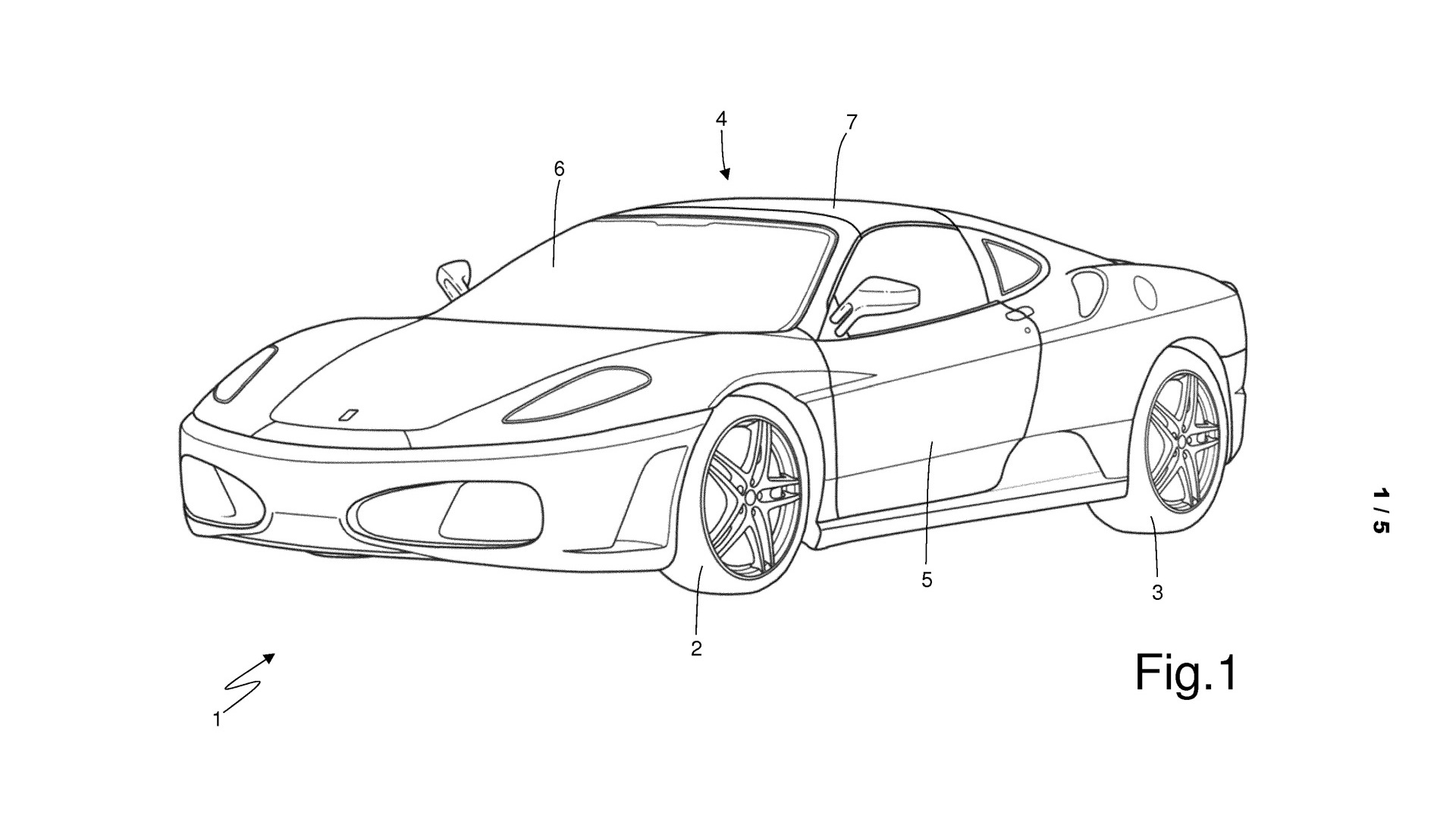 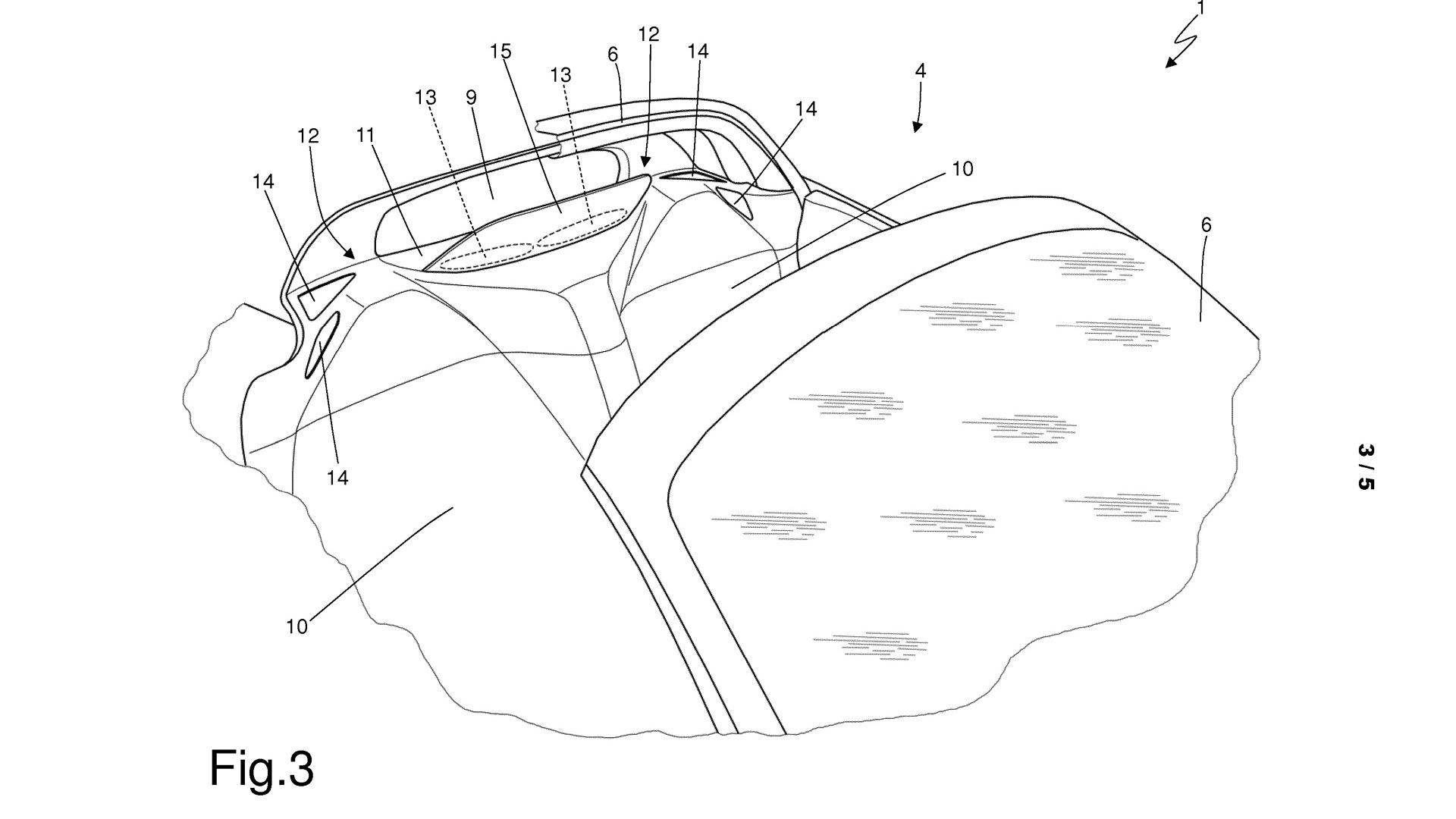 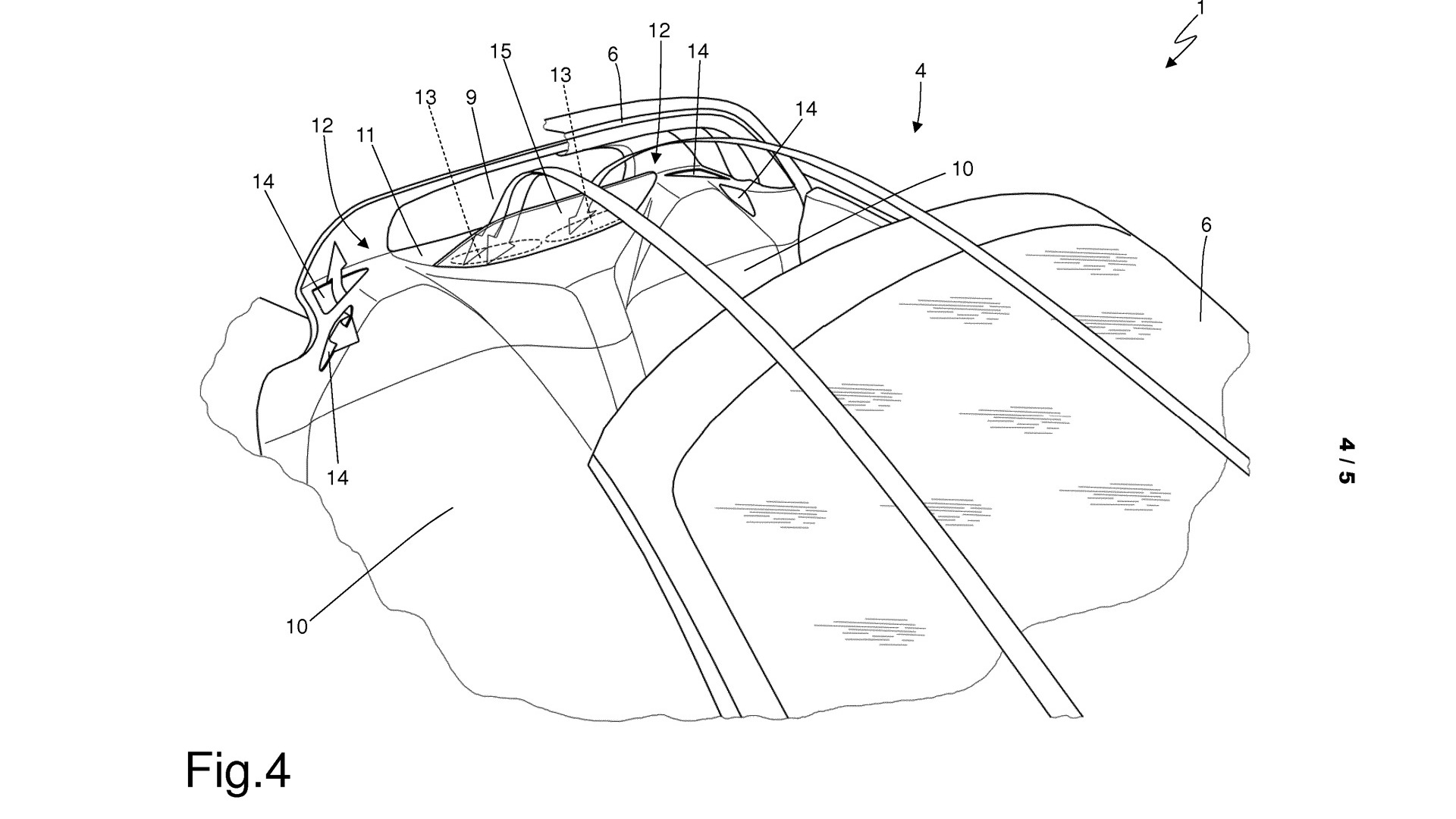 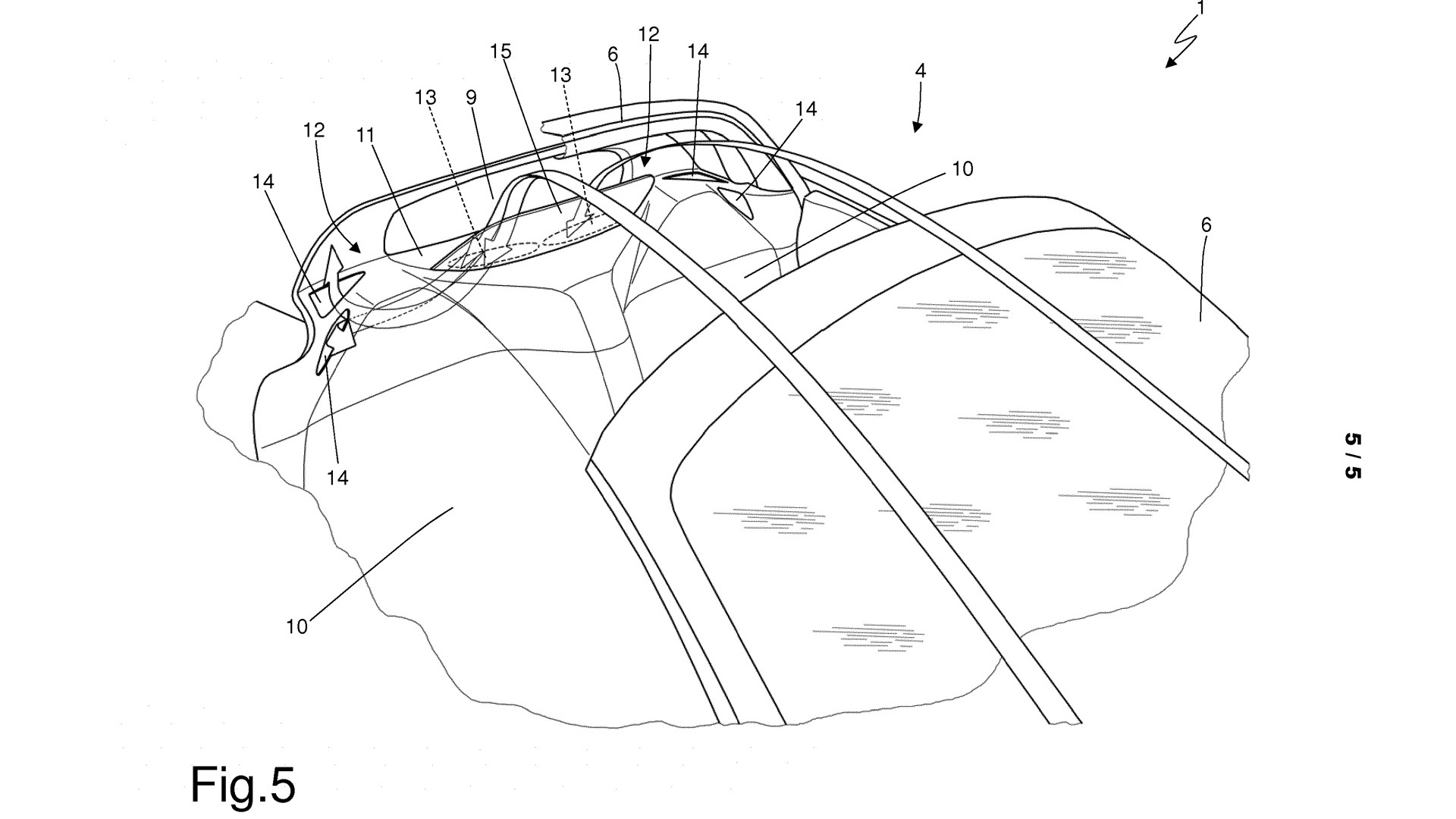 Targa tops are great as the design enables a car to have the open-roof feel of a convertible without the loss of structural rigidity that normally comes by removing a car's roof. Popular targa models on sale today include the Chevrolet Corvette and of course the Porsche 911 Targa.

Ferrari is an automaker that's offered targa models in the past, the most famous being the F50. Although Ferrari has utilized retractable hardtops for its more recent open-top models, it's possible the automaker may return to the targa format considering a patent filed with a European patent office in January.

The patent depicts a conventional targa design involving a removable roof panel and a roll bar behind the cabin. However, Ferrari's design attempts to eliminate the usual turbulence passengers in targa cars experience by increasing the height of the windshield to a few centimeters above the roll bar. This ensures that air flows above the cabin space. The air then flows over the rear deck or down into a pair of vents located in the parcel shelf.

The patent states that the design would be inexpensive and easy to produce, but also mentions that there would be extra drag caused by the taller windshield, resulting in less performance and economy.

While there's no guarantee that Ferrari is planning a new targa model, we've seen such a design on one of the Italian firm's cars in recent years: the limited edition J50. Considering that the J50 is a “blueprint” of sorts for Ferrari's future designs, perhaps we'll see a targa model in regular production in the coming years. The replacement for the 488 GTB is a possibility.