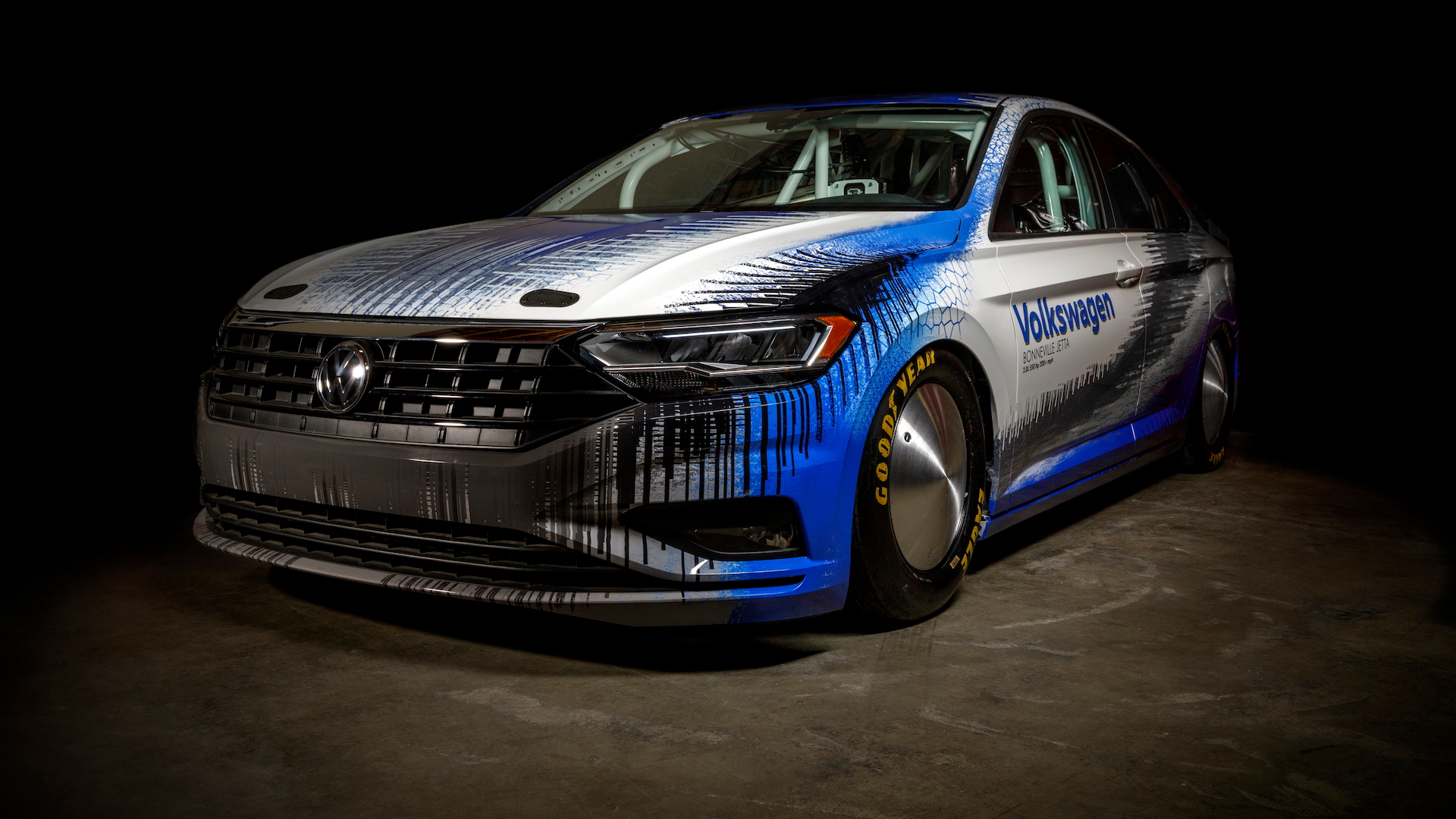 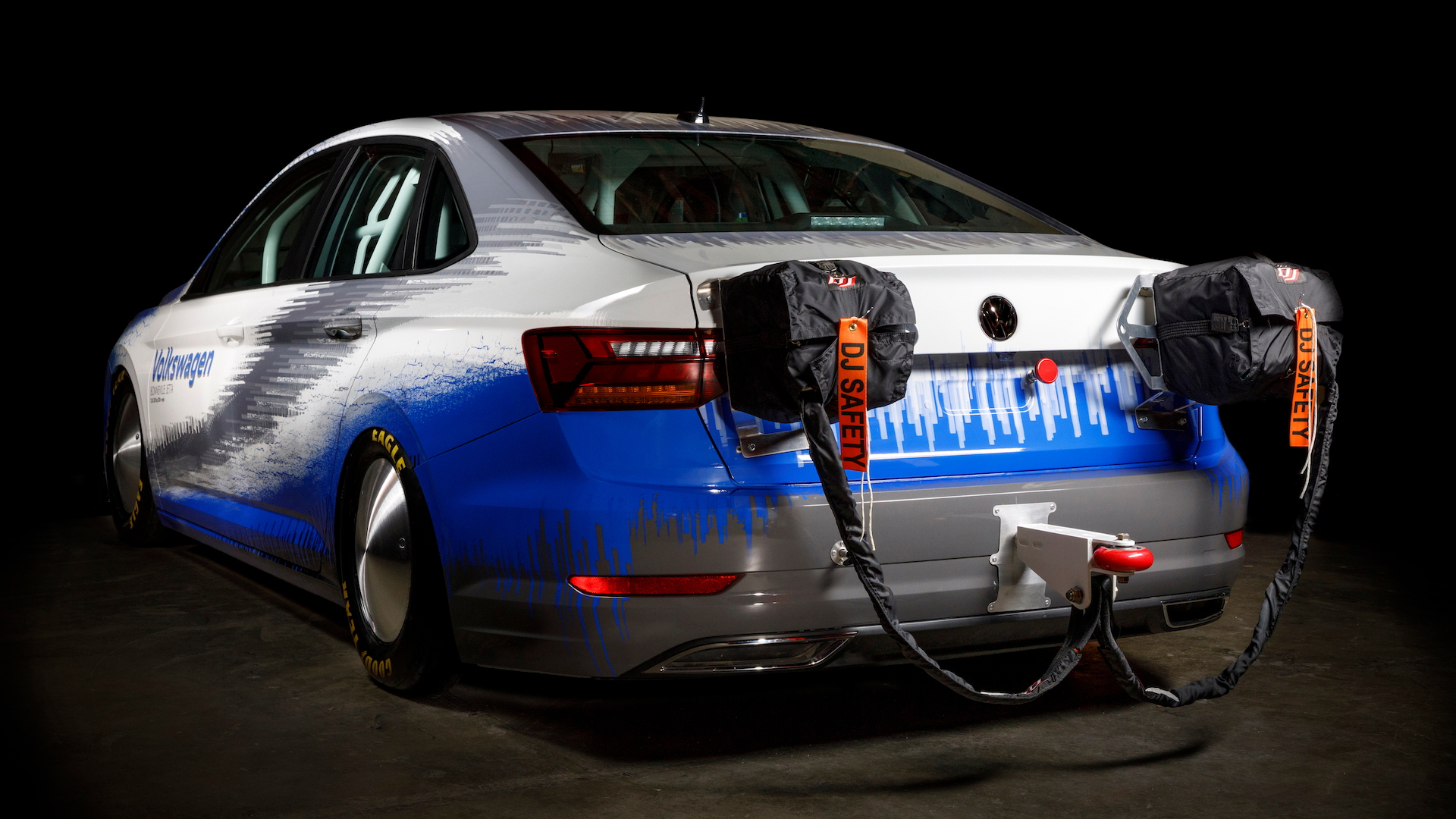 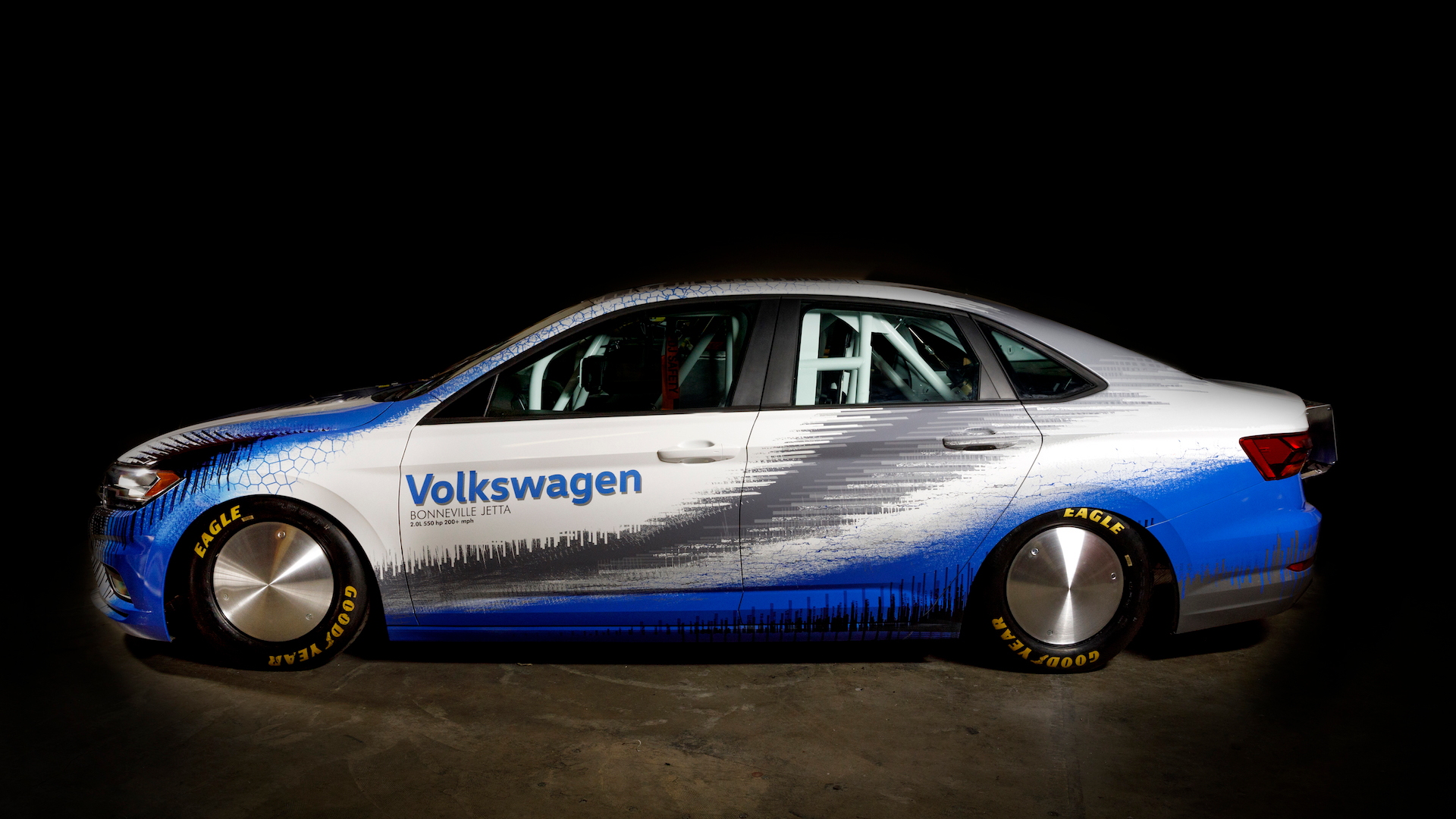 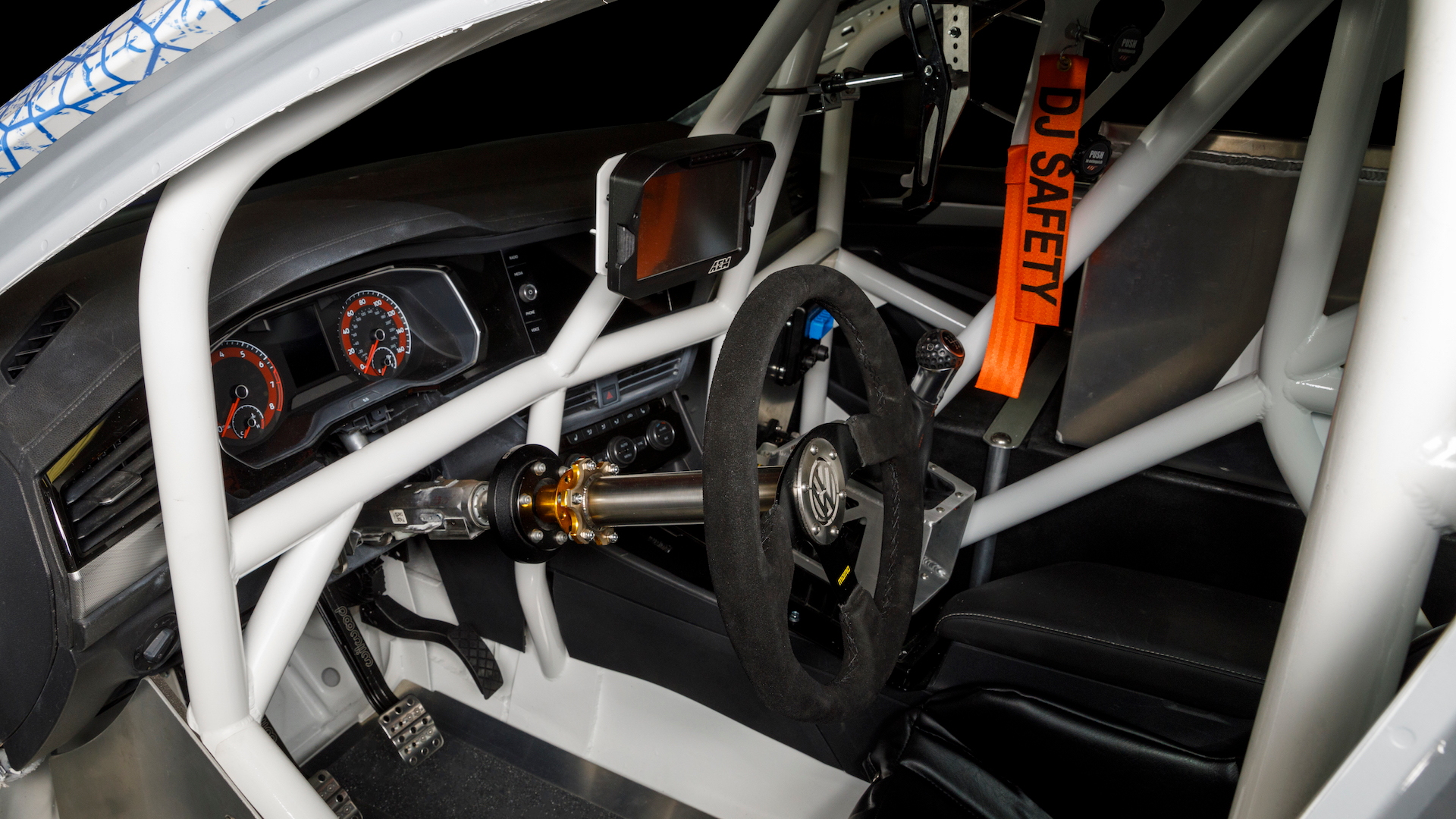 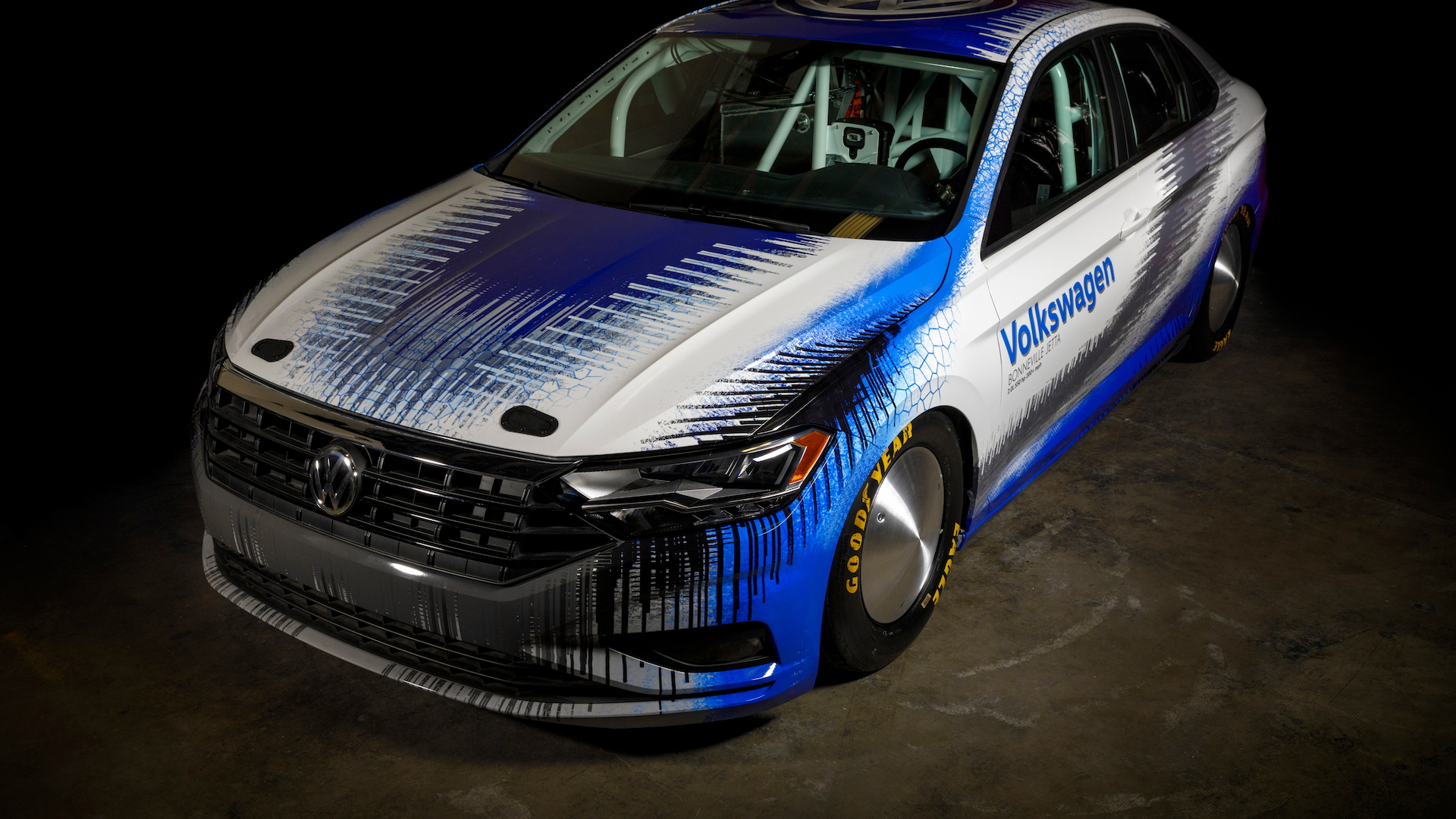 Volkswagen will take on the Bonneville Salt Flats this August with a specially prepared version of its redesigned 2019 Jetta. The car's mission? Break the current speed record for the class.

VW said Friday that its compact sedan will compete in the Southern California Timing Association’s BGC/G class and feature a modified version of the 2.0-liter turbocharged inline-4 destined for the 2019 Jetta GLI. The automaker clearly wants to put the potential of the upcoming Jetta GLI's engine on display.

"We want to underline the Jetta’s sporty credentials and get customers excited for the more performance-oriented Jetta GLI on the way," VW North America Region CEO Hinrich J. Woebcken said in a statement.

The brand did not provide power figures for the 2.0-liter engine, but an engine of the same displacement makes 220 horsepower and 258 pound-feet of torque in the latest Golf GTI.

Aside from the modified engine, VW tapped Bonneville preparation specialists THR Manufacturing in Ventura, California to buid and prep the car for the salt flats. Specific upgrades include a lower suspension, salt flat wheels and tires, and a limited-slip differential to aid in traction. Inside, the 2019 Jetta's factory interior is gone in favor of a roll cage, racing seat, and harness. A fire suppression system is also onboard.

The German brand will have to best the current top speed of 208.472 mph to set a new class record with the Jetta racer. VW will descend upon the salt flats in Wendover, Utah over August 11-17, 2018. The automaker will also tackle the Pikes Peak International Hill Climb Sunday with its electric ID R racer.