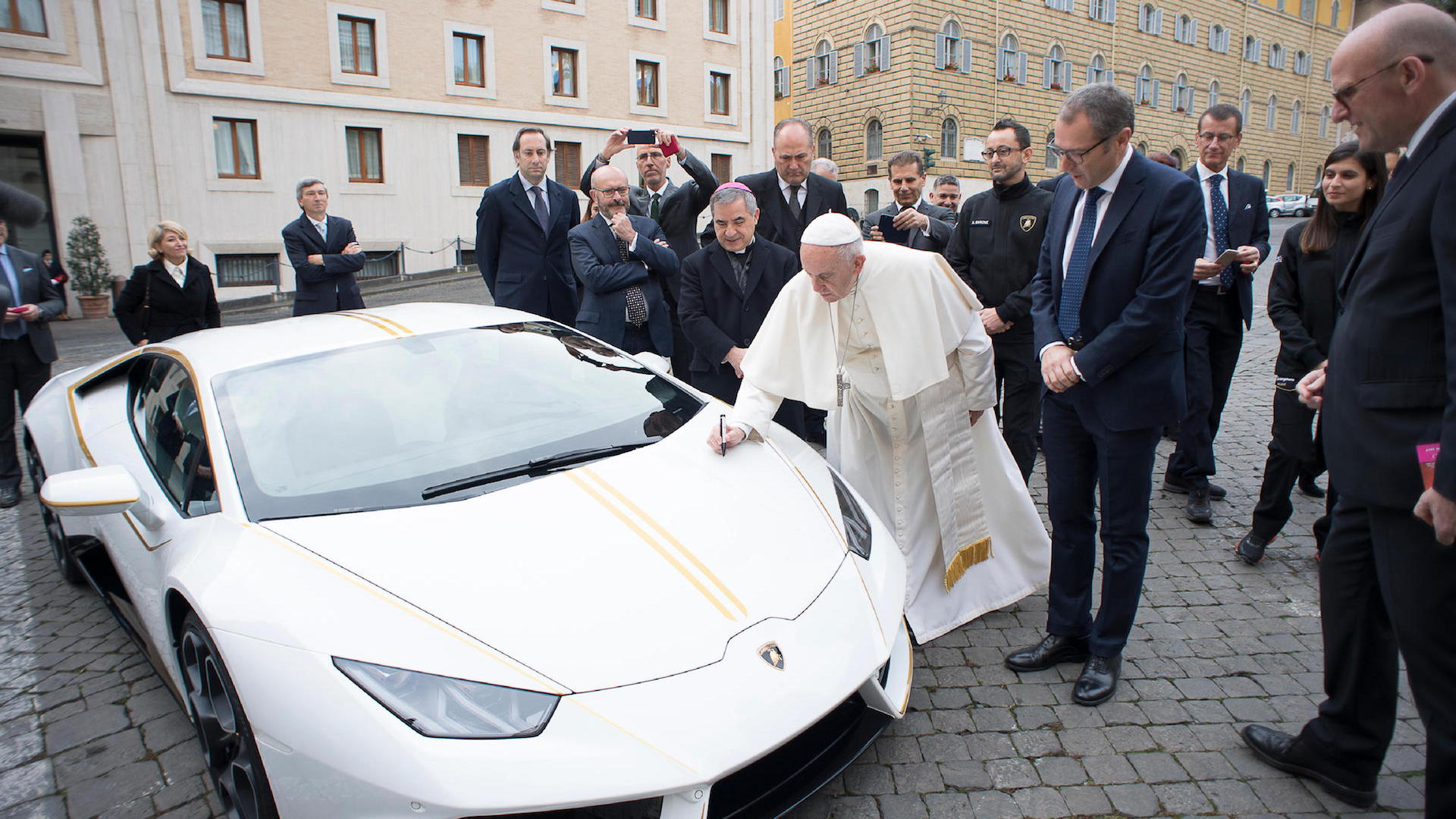 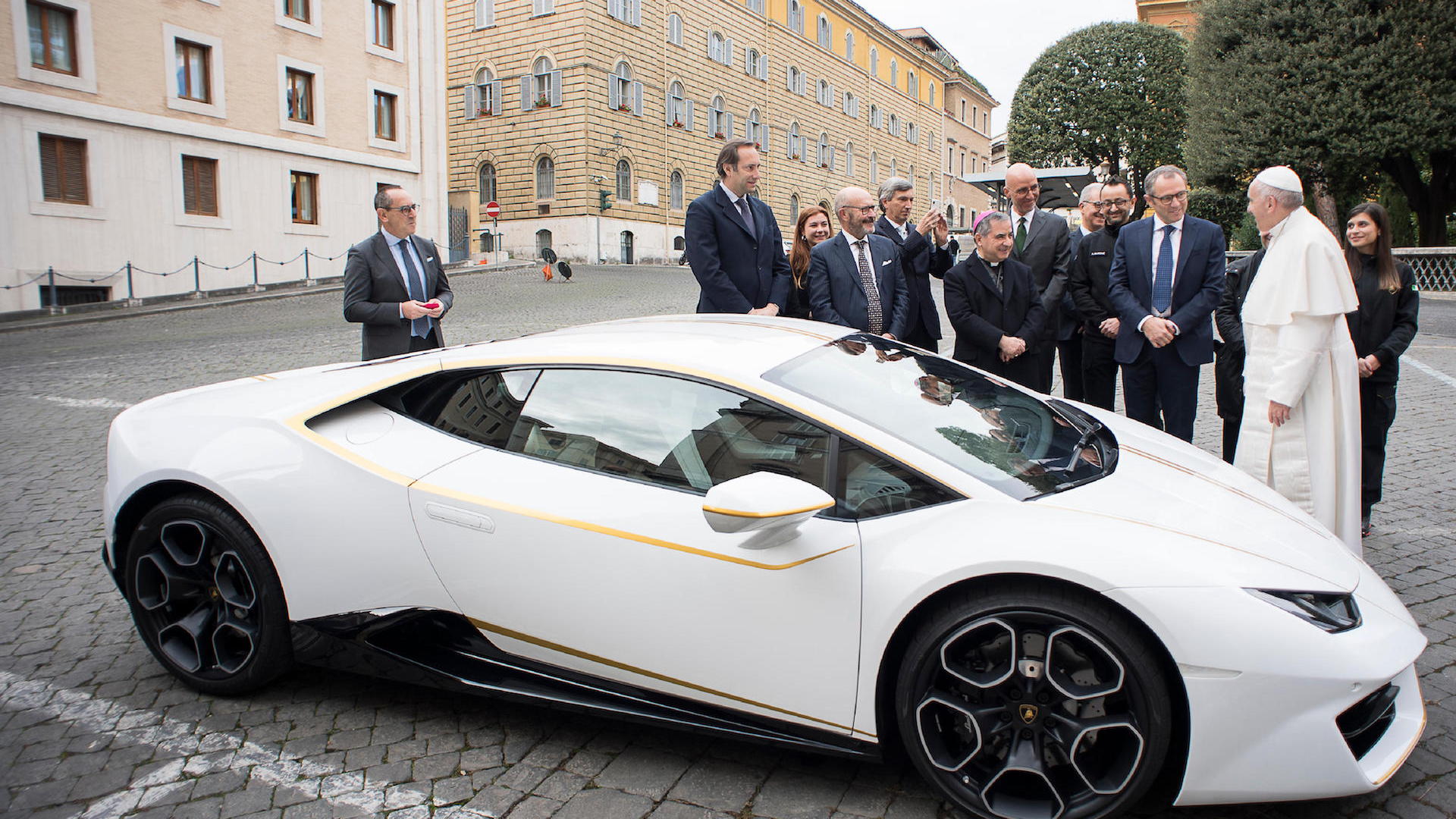 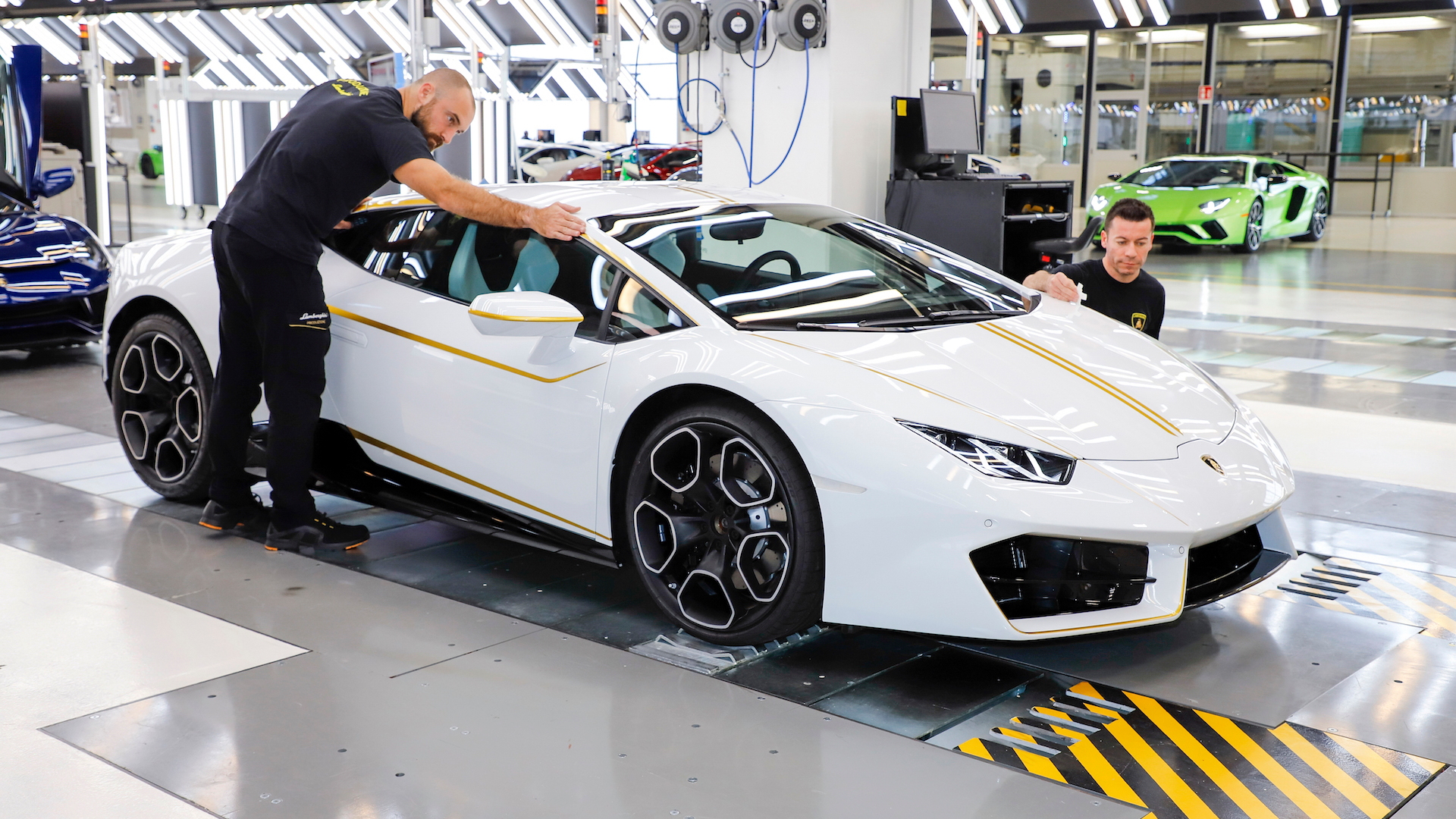 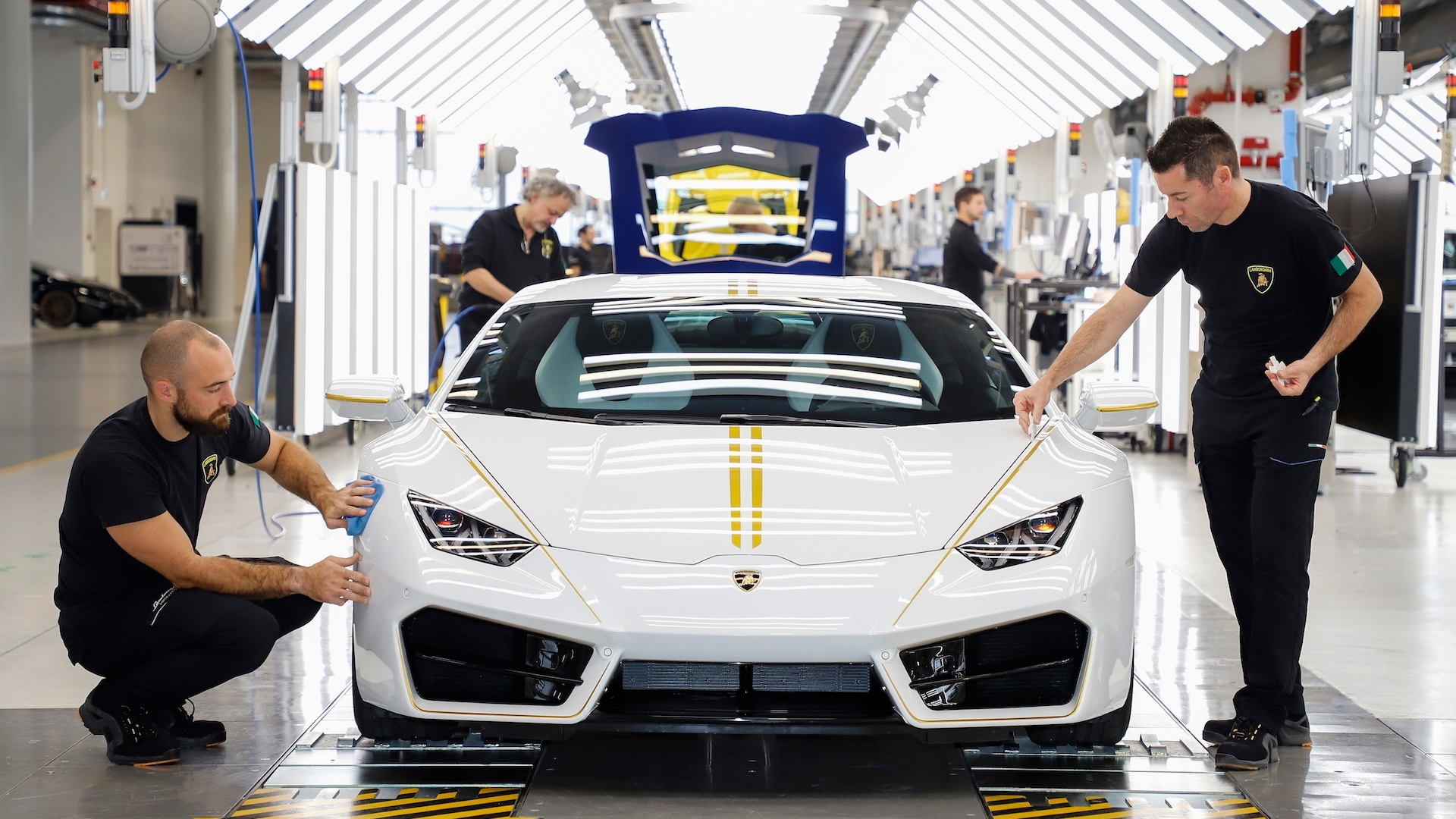 A handful of charitable organizations will receive fresh funds, thanks to the Pope and his Lamborghini Huracán. Last Saturday, Lamborghini announced the special Huracán model it had built for il Papa sold for $861,000 at RM Sotheby's Monaco auction.

The Italian supercar maker first donated the Huracán to Pope Francis last November. His Holiness never set out for any track days or anything of the sort. Instead, the Pope placed his autograph on the specially outfitted model. The supercar wears a Bianco Monocerus exterior hue with Giallo Tiberino striping from hood to tail. Additional stripes outline the supercar's silhouette. The entire exterior motif is meant to honor the Vatican's flag. 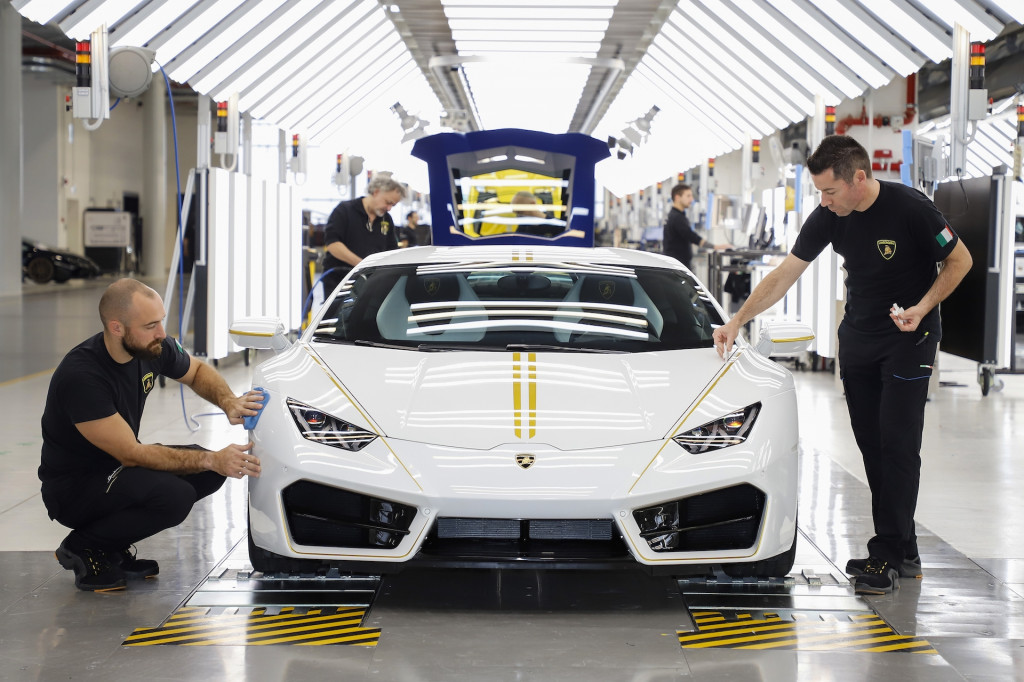 Pope Francis will allocate the proceeds from the auction to four charitable organizations. The first is the Pontifical Foundation “Aiuto alla Chiesa che Soffre” (Aid to the Church in Need). The organization helps Christian communities in Iraq return to and rebuild their homes on the Nineveh Plain.

The second organization is the Pope John XXIII Community. The cause works and dedicates its resources to help women affected by human trafficking and other abuses.

Supercars have a long history of bringing healthy sums of money for good causes. In 2006, a private owner donated his Ferrari Enzo to the St. Jude's Children's Research Hospital. The final sale price helped bring in more than $1 million for the hospital.

With the Huracán off Pope Francis' hands, it will be back to regular Popemobiles for the pontiff, though Lamborghini didn't say whether the Pope ever drove or even sat in the one-off Huracán.