Red Bull Racing's Daniel Ricciardo made the most of a late safety car period to come out on top on Sunday at the 2018 Formula 1 Chinese Grand Prix.

He had a clear victory as Mercedes-AMG's Valtteri Bottas crossed the finish line in second place 8.894 seconds back, while Ferrari's Kimi Räikkönen claimed the third spot on the podium after crossing the line 9.637 seconds behind the winner.

The race started with Ferrari's Sebastian Vettel on pole and Räikkönen by his side, followed by Bottas and Mercedes teammate Lewis Hamilton in the second row and Ricciardo and his teammate Max Verstappen in the third row. The battle was set.

Vettel was in control and looked set to win his third race in a row but just after the midway point Toro Rosso’s Pierre Gasly crashed into his teammate Brendon Hartley at a hairpin after a bit of failed communication. With the safety car out, Red Bull called in both drivers for soft tires, with Verstappen third at the time and Ricciardo fifth. 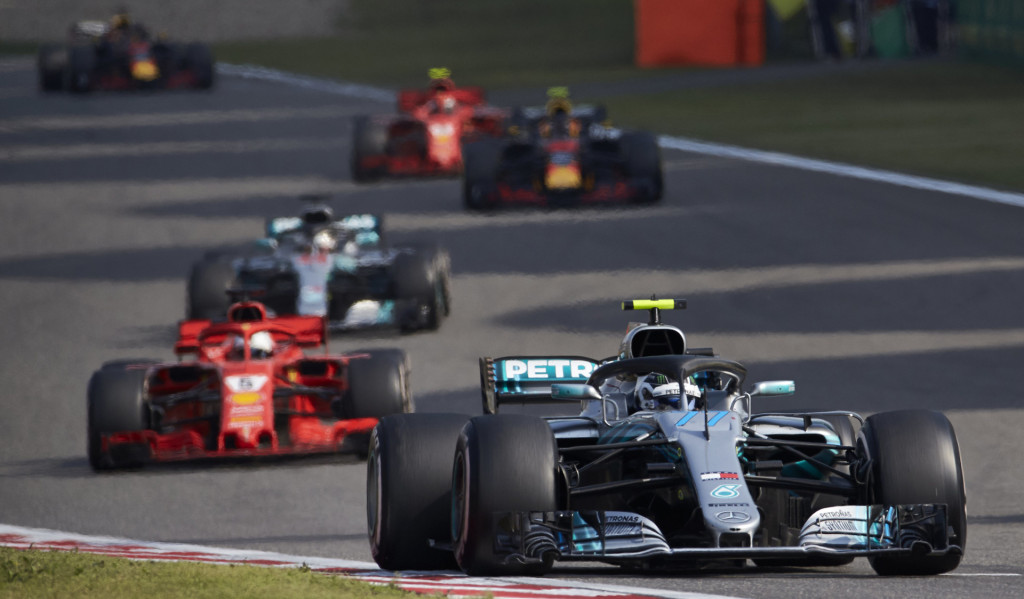 It was a decisive move since with the fresh tires, the Red Bull duo were quickly reeling in the lead drivers. Unfortunately for Verstappen, a pair of errors cost him a potential win. First he ran off the track trying to pass Hamilton, allowing Ricciardo to pass who would also pass Vettel and then start the chase on Bottas for the lead.

Later, Verstappen would attempt to pass Vettel on the inside of a hairpin, but the two came into contact which ended in both drivers spinning. Both were able to continue but were passed by other drivers. Hamilton was lucky to avoid them, but by going wide he ceded a position to Räikkönen.

Verstappen eventually regained ground and crossed the finish line fourth, but a 10-second penalty for his failed pass of Vettel saw him drop down to fifth, handing Hamilton fourth place. Verstappen later apologized to Vettel who dropped further back in the race due to his struggles with his tires. Vettel would eventually end up eighth.

Despite his bad luck, Vettel keeps his lead in the 2018 Drivers' Championship although the gap with Hamilton has been reduced. Vettel sits on 54 points followed by Hamilton with 45 points and Bottas with 40 points. In the Constructors' Championship, Mercedes has taken the lead with 85 points followed by Ferrari on 84 points and Red Bull Racing with 55 points. The next race on the calendar is the Azerbaijan Grand Prix in a fortnight.

Hit the next page for the full results from the 2018 Formula 1 Chinese Grand Prix. 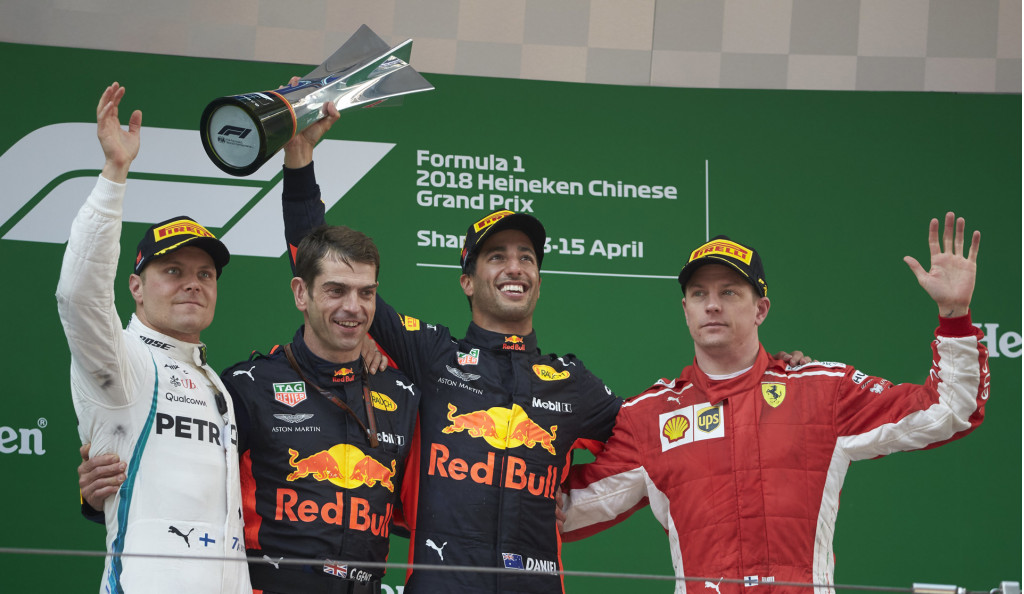 Below are the full results from the 2018 Formula 1 Chinese Grand Prix.