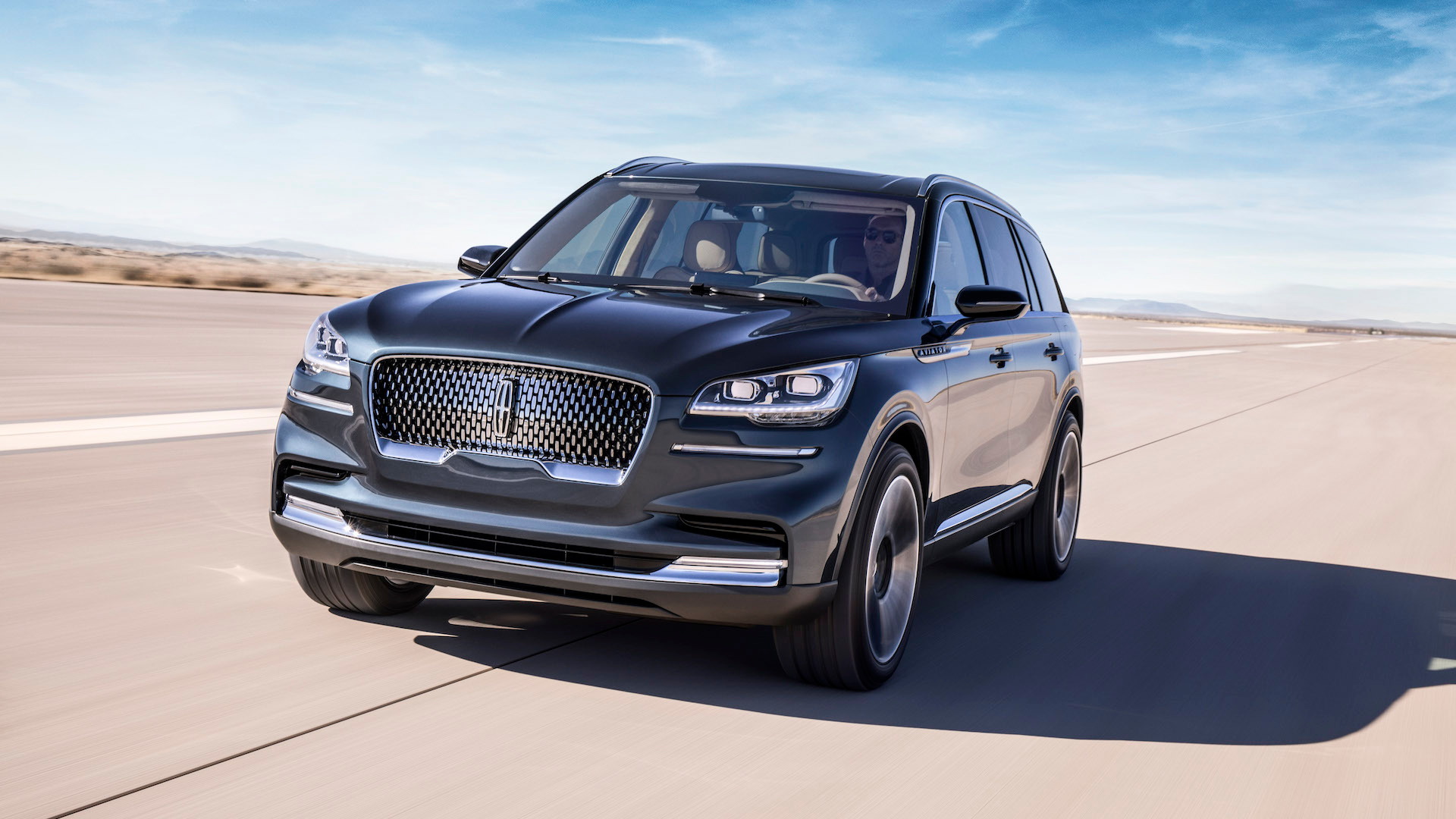 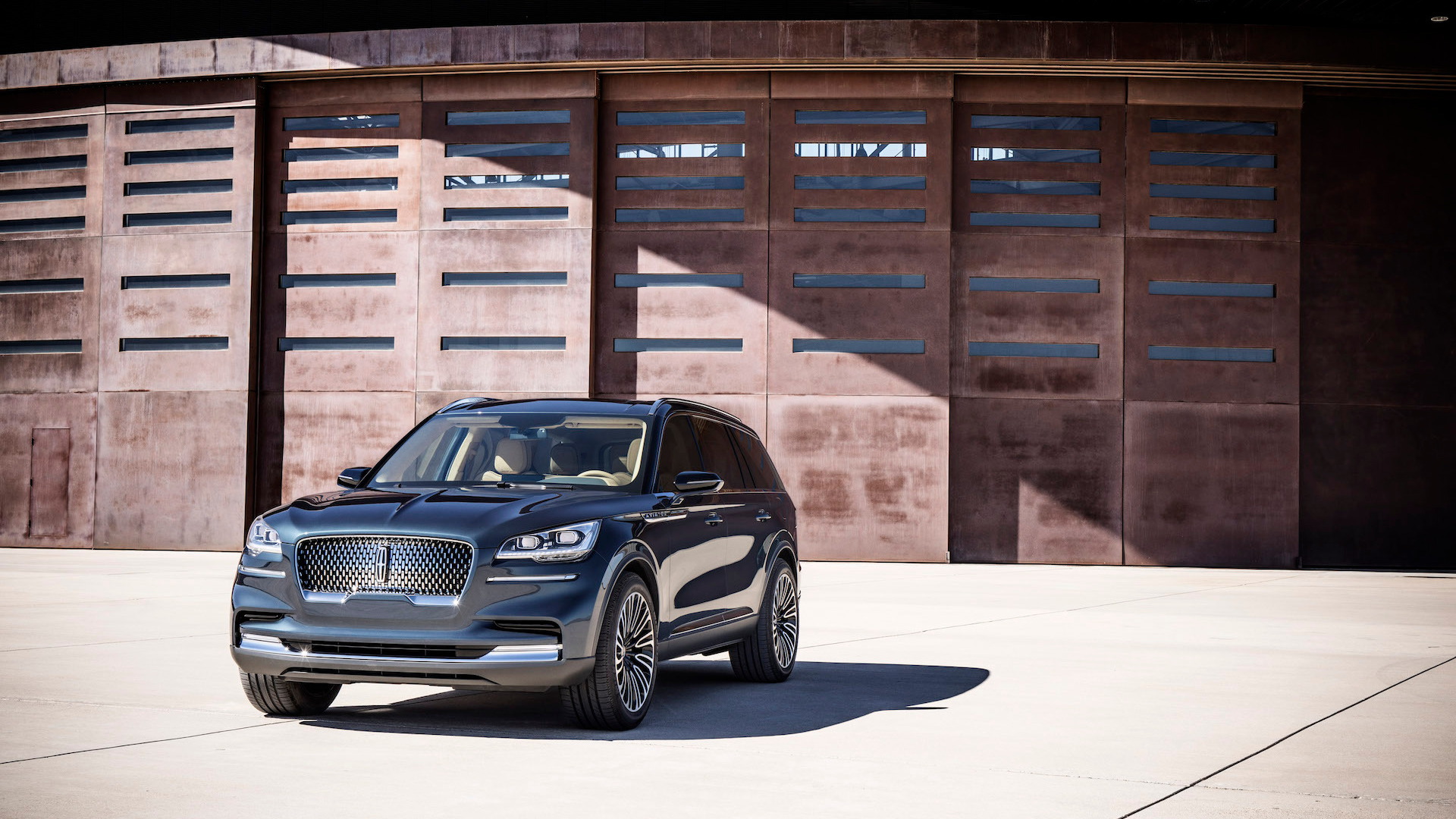 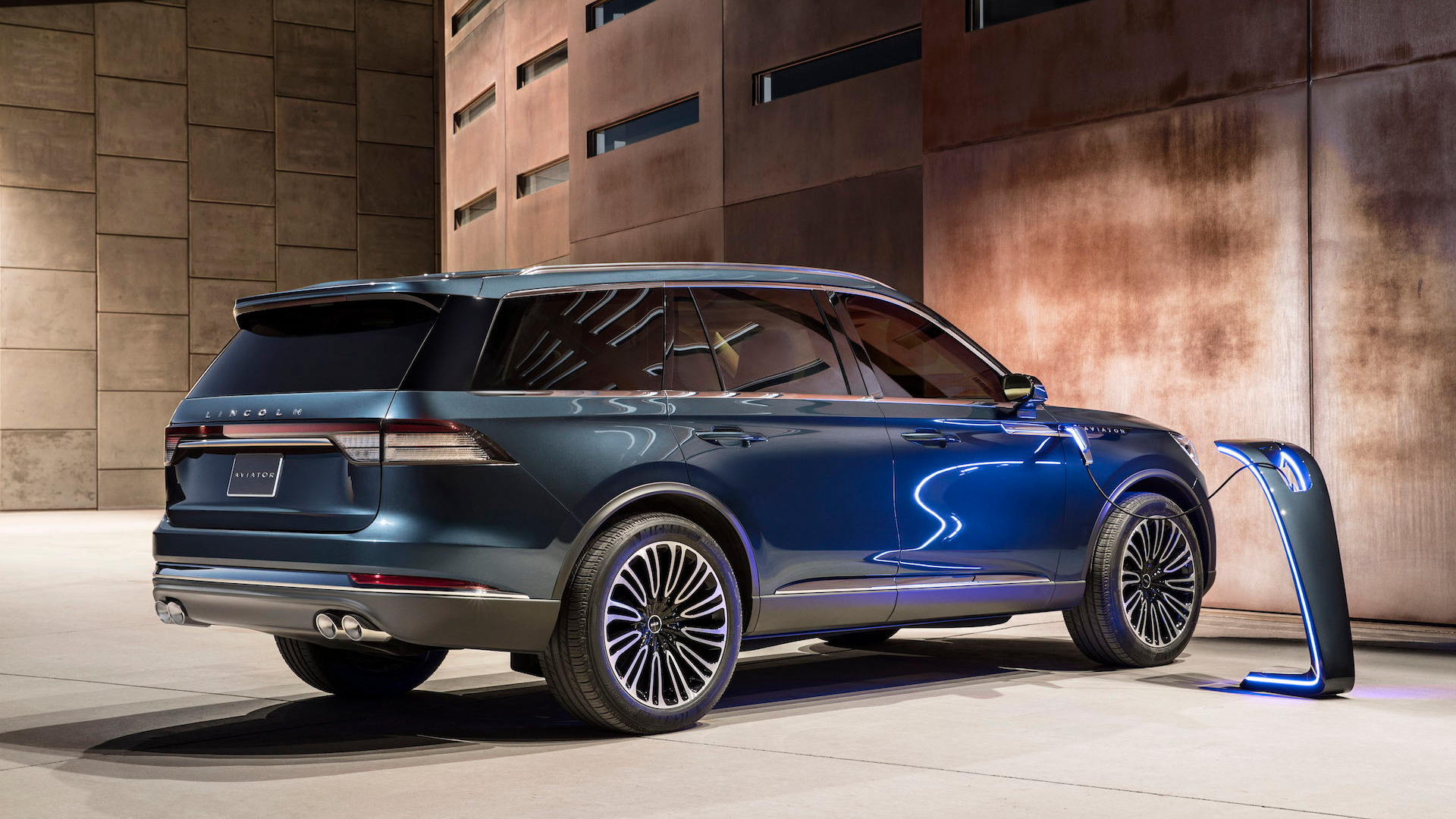 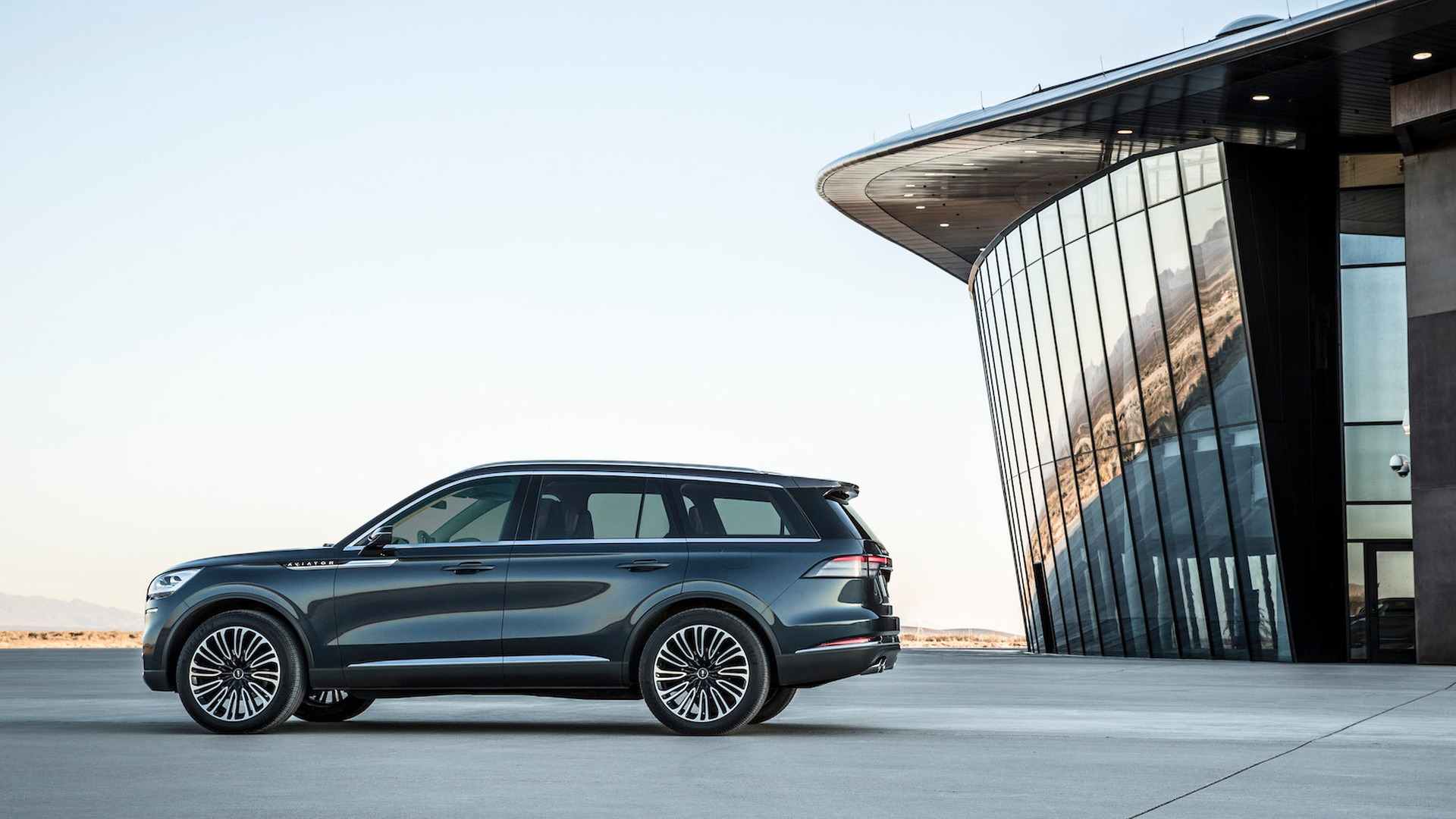 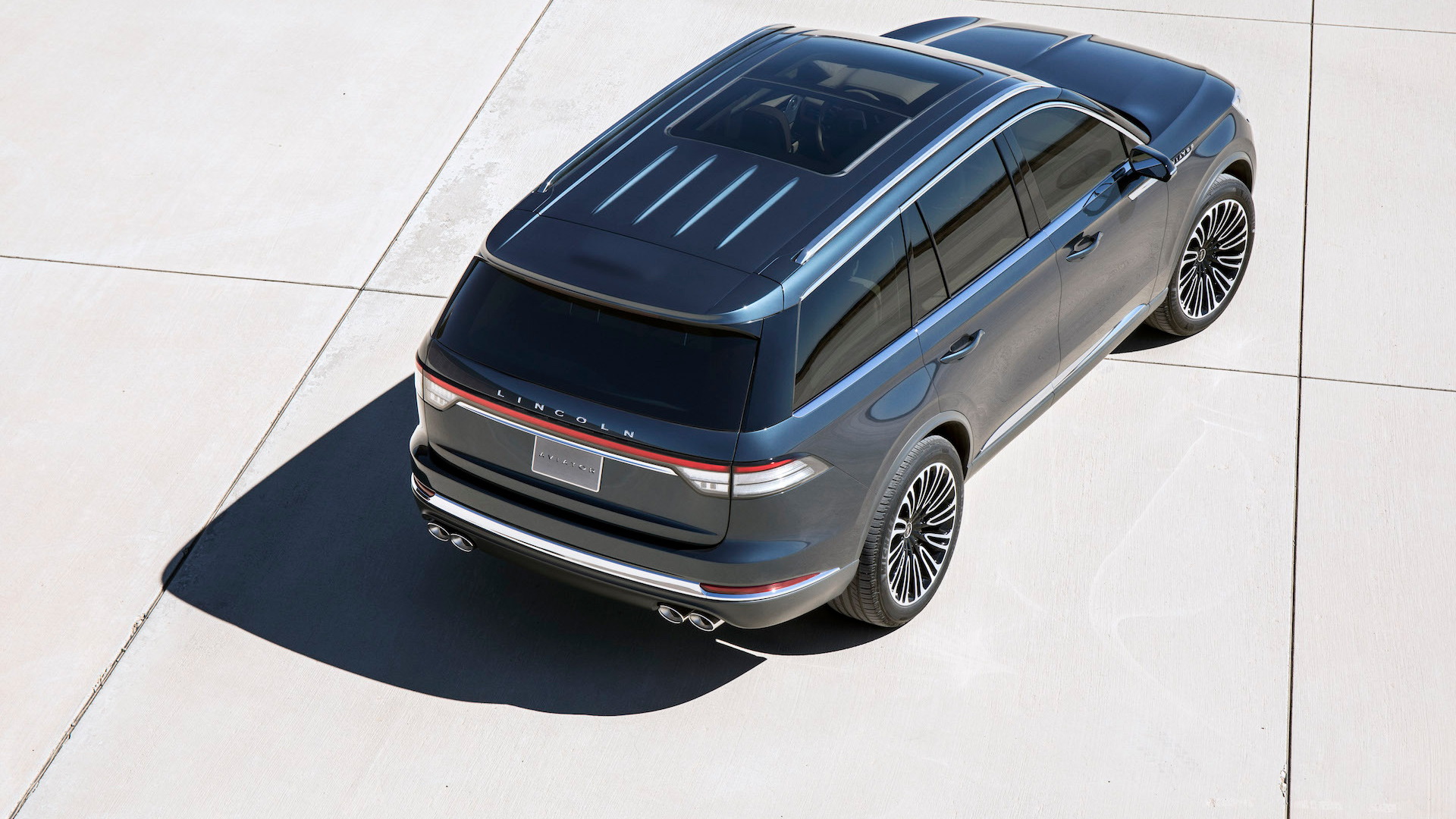 “I think we had a series of sprints, then we got a bit winded and we stepped off the track,” said Robert Parker, Lincoln’s global director of marketing, sales, and service in an interview with Motor Authority at the New York auto show.

After a series of fits and starts early this century, Lincoln now appears to be on the right track. According to Parker, it started a little more than five years ago.

In December 2012 Ford Motor Company named Jim Farley, former group vice president and general manager of Lexus, senior global leader for Lincoln. That was the same time that the company changed its name from Lincoln Division to The Lincoln Motor Company.

“It was a big change for me in 2012 when Jim got the position as head of Lincoln and he came in with his experience at Lexus. He was the first one to write down on paper that this was going to be a 10-year-plus journey,” Parker said. “Since 2012, we’ve been told this is an ultra-marathon and we have a destination that is a long ways out. That destination hasn’t changed, and we’ve been taking incremental steps to get to that destination.”

By Parker’s math, that means Lincoln’s transformation will be complete around 2022 or soon thereafter.

According to Parker, the first product that signaled the new Lincoln was the second-generation MKZ sedan, which was a 2013 model. “Twelve was when we launched the MKZ, which was a fully differentiated Lincoln. Before it was maybe the front and rear of the vehicle that were different, but other elements weren’t uniquely Lincoln,” he said.

Two more milestones came in 2014. That’s when Lincoln launched in China and on September 1 of that year Kumar Galhotra took over as president of Lincoln, a title that Farley never enjoyed.

Parker said Galhotra was viewed as a product expert who could bring about products like the forthcoming Aviator, but he ended up bringing more to the table. “None of us recognized how much Kumar understood luxury, and what a thoughtful marketeer he was, which is evident in the positions he’s held over that last 6-8 months. So Kumar took the product plan to another whole level,” Parker noted. Galhotra moved over to Ford and was named North American president on March 1. Joy Falotico replaced him as head of Lincoln on March 1. Falotico took on the title of group vice president and chief marketing officer.

Parker summed up the strengths of the three Lincoln leaders in regard to the company’s plan: “So Jim: long-term vision. Kumar: product and client experiences. And now Joy comes in and Joy’s clearly a go-to-market expert,” Parker said, noting Falotico’s expertise in leasing, financing, and digital retailing.

More than the MKZ have made up the product plan since 2012. The brand has released four products in four years, each with varying degrees of differentiation from the Ford products upon which they are based. The cadence included the MKC compact crossover in 2014, the MKX mid-size crossover in 2015, the Continental full-size sedan in 2016, and the Navigator full-size SUV in 2017. The Navigator has been a particular hit. It was named North American Truck of the Year, sales were up 97.5 percent in January and 60 percent in February, and the average transaction price increased by $21,300 in January.

Next up for Lincoln is the 2019 Nautilus. It is a stylish redesign of the MKX, though on the same Ford Edge-based platform. Revealed at the 2017 Los Angeles auto show last November, the Nautilus marks a return to real names instead of letters for its vehicles. The crossover also gets the new corporate face, more power, more safety technology, and more luxury. It hits dealers this spring.

Next up is the mid-size, three-row Aviator crossover that Lincoln unveiled as a production preview model at the New York auto show. It is based on a new rear- and all-wheel-drive platform that will also be used for the next Ford Explorer, and it promises a plug-in hybrid variant. Due in 2019, it is the first of two new Lincoln SUVs by 2020; the other one has not yet been revealed.

Parker thinks the Aviator is the most important product step yet. “This is a dedicated platform, we’re the first on that platform, the product was designed from the ground up with our vision in mind, so it really is the ultimate expression of what Lincoln can be,” Parker said.

After that, Lincoln will release four more products after 2020. The company hasn’t said what they will be but has said electrification will be included across the lineup. In a press conference in mid-March, Ford Motor Company said its future revolves around more SUVs and trucks, plus electrification. We’re not sure if trucks make sense for Lincoln, but more SUVs certainly could.

What could those four additional products be? When we asked Parker that question, he described a shift in the market that focuses more on “in-command” seating positions—a hallmark of SUVs.

One type of vehicle that isn’t on the docket is a sports car. “That’s not been our focus so far,” said Parker. While he said that the Aviator plug-in hybrid will have an Excite mode, Parker noted, “it will be targeted at what consumers in that segment want in the vehicle more so than going around the Nürburgring at 100 and whatever miles an hour. That’s not Lincoln.”

If Lincoln is going to attract buyers from established luxury brands, it must stand for something. It must develop a reputation. Part of that reputation can be the attractive looks of a vehicle like the Aviator.

When asked what Lincoln’s DNA stands for, Parker said it’s called “Quiet Flight” internally. “It’s all about that warm, human and personally crafted experience at the dealership, but also how the vehicle embraces you, greets you, makes you feel revived and rejuvenated when you get inside the car,” he explained.

As for the vehicles, Parker said Lincoln wants to alleviate its customers’ pain points, pointing to features like the brand’s 30-way power-adjustable seats and the new Phone As a Key feature that works exactly as it sounds.

Presentation is key. “You approach the vehicle, it lights up. The headlights—there’s a sequence to that: the projection beams, puddle lamps on the side of the vehicle, the interior lighting, theater lighting lights up, the instrument cluster greets you. The seat backs up, the steering wheel moves out of the way,” Parker explained. “These are all little things, but they mean a lot when it comes to greeting that consumer who owns the vehicle.”

Whether customers will recognize the Lincoln DNA and flock to the products is yet to be seen. The product plan appears to be about halfway through the 10-year plan, and the most interesting and most fully formed Lincolns are yet to come. The Navigator is a good start and the Aviator looks promising, but Lincoln is only about 13.1 miles through this marathon, and finishing is the ultimate goal.