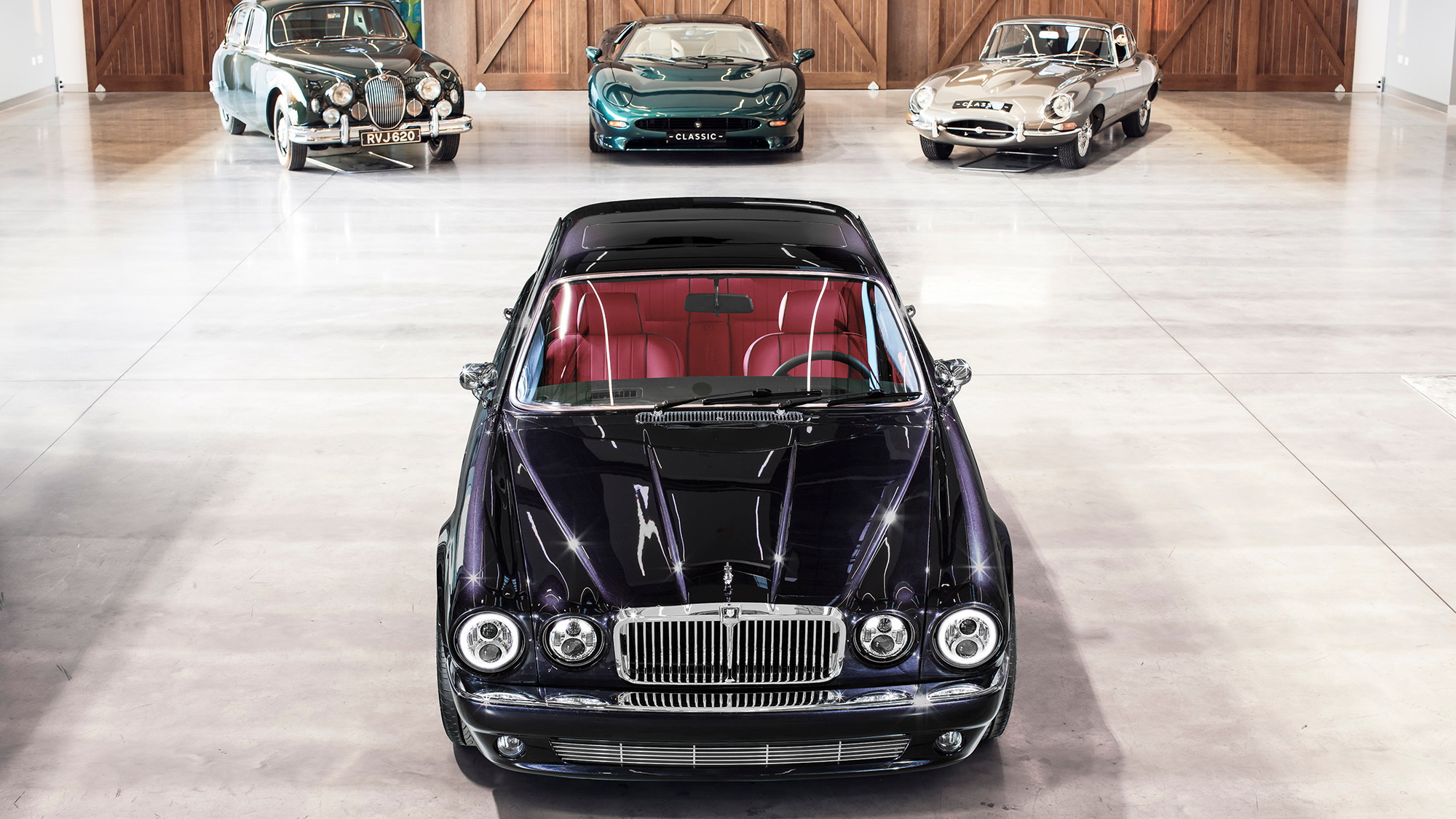 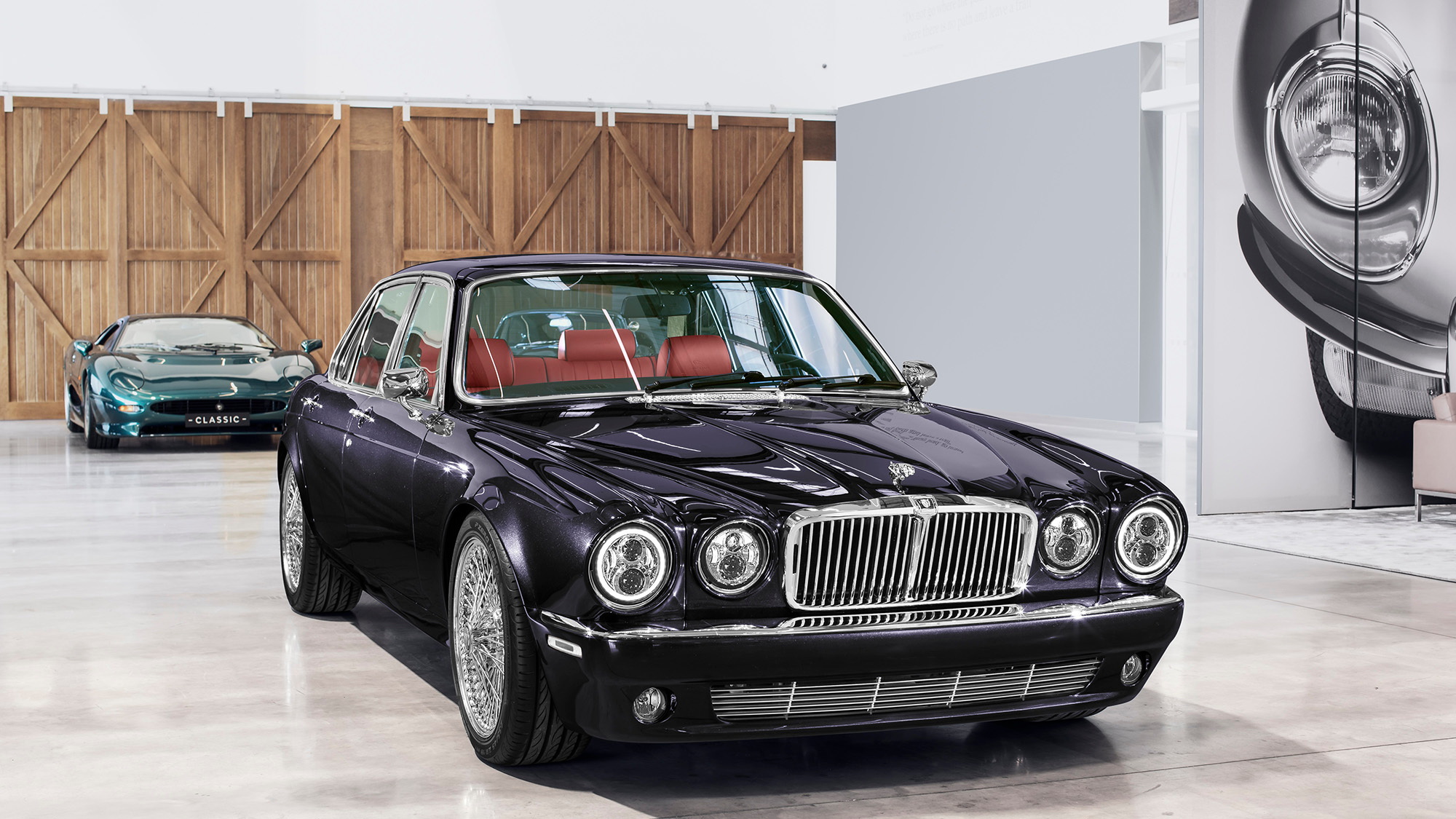 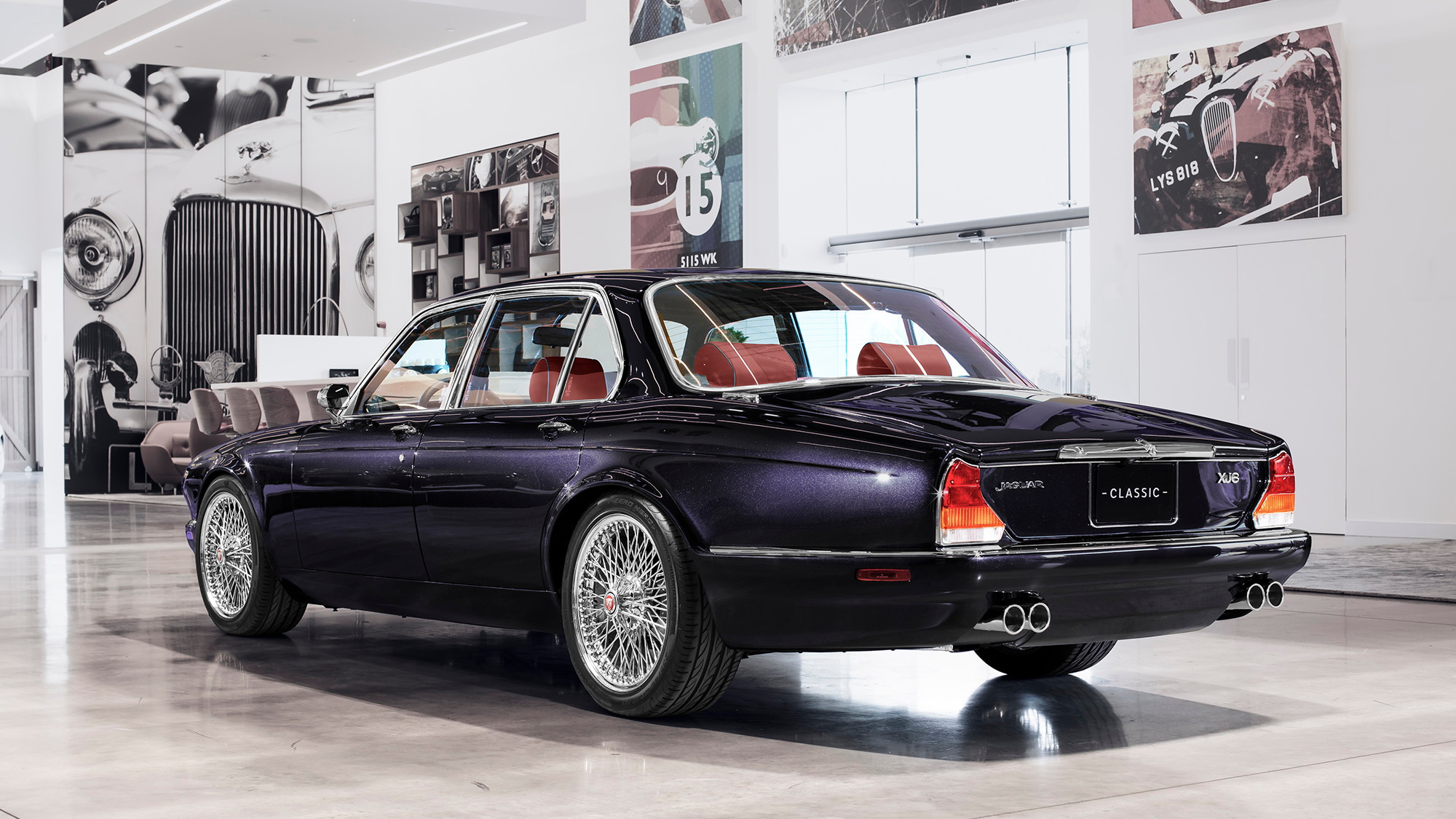 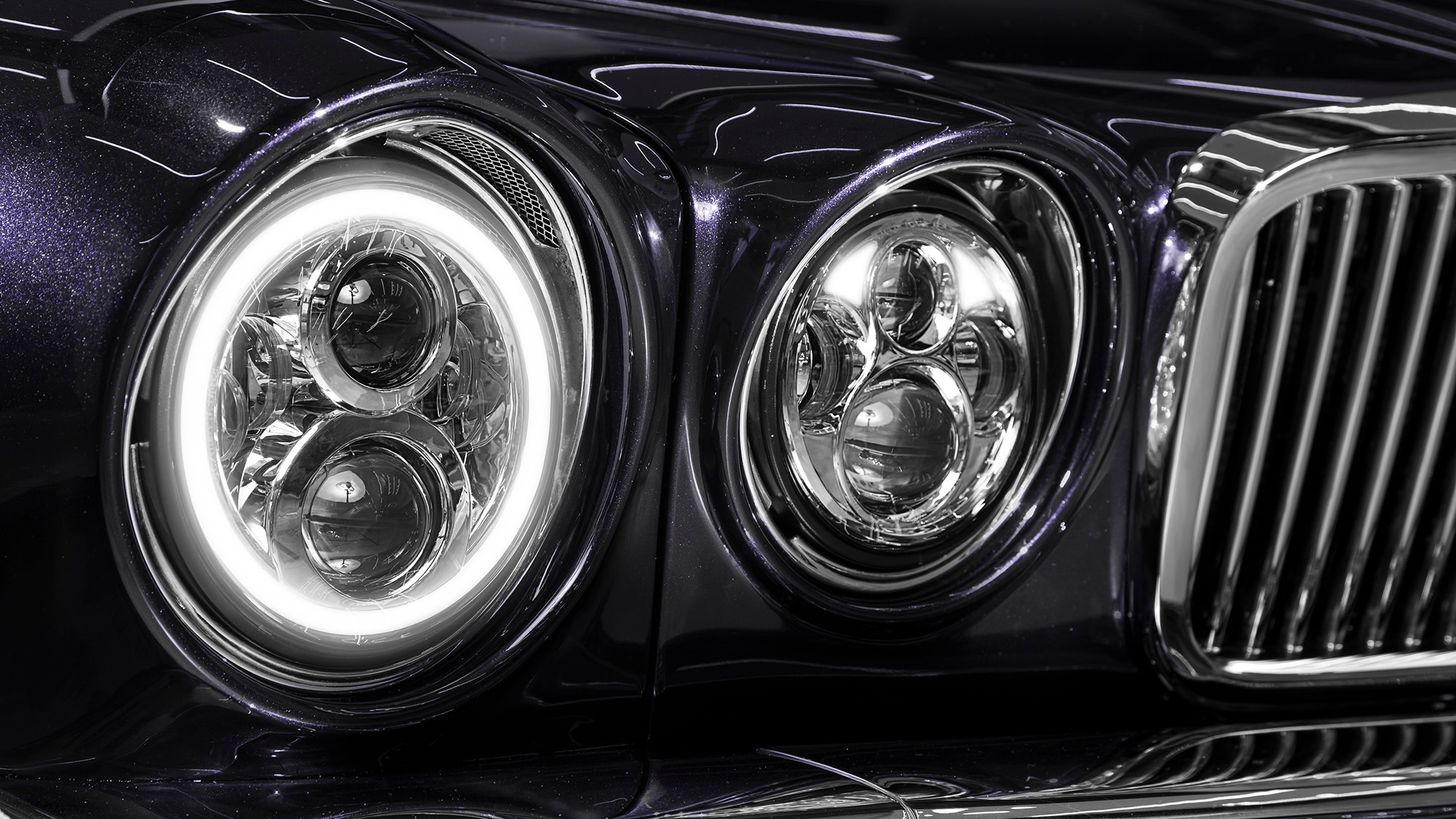 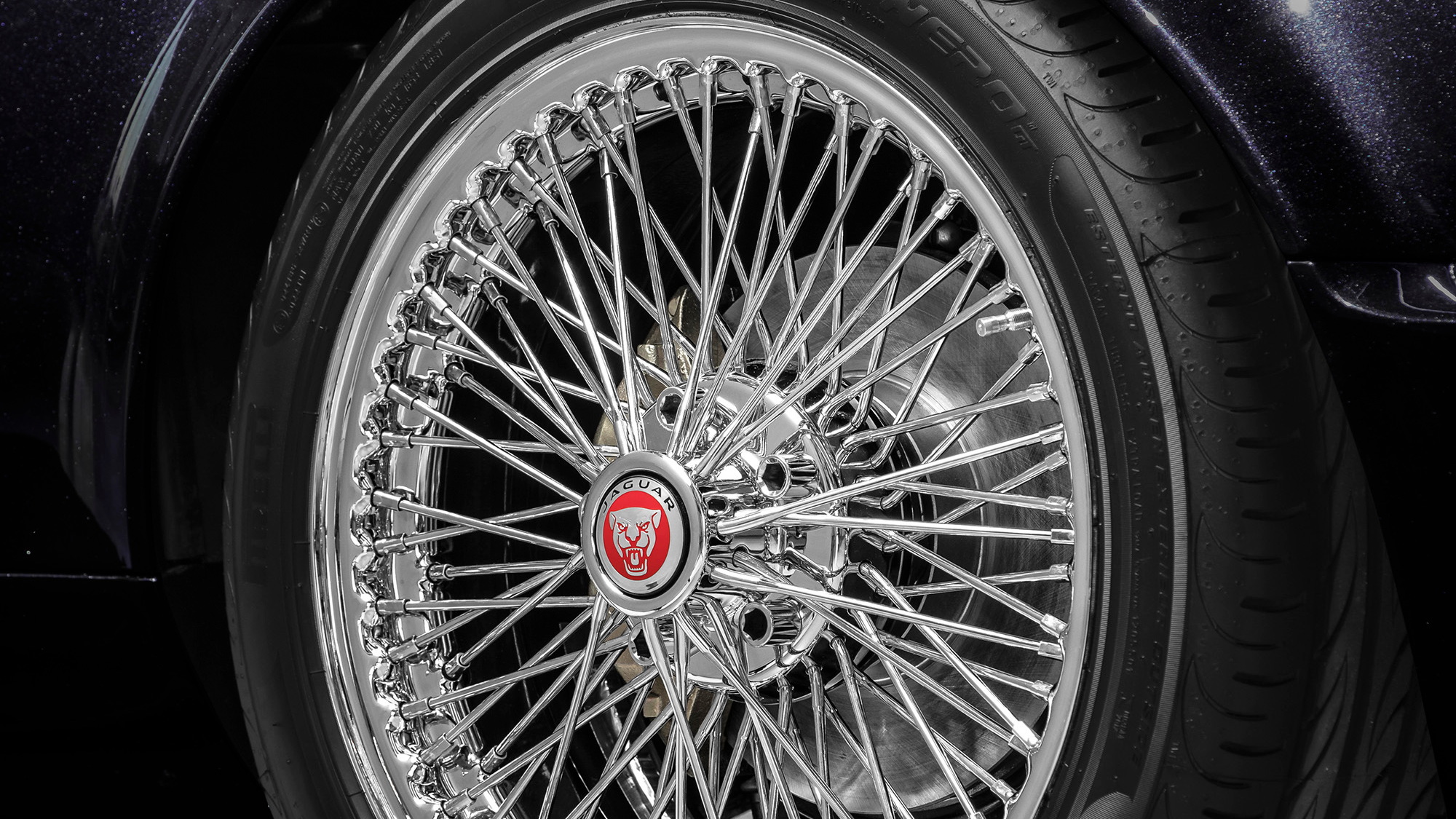 Nicko McBrain has been the tempo provider for Iron Maiden starting back in 1982. Little did he realize that two years later, Jaguar would build a car for him that he wouldn't take ownership of until 2018.

Along the way, both Nicko and Jaguar have had a number of hits but now the pair have teamed up to create a car that's been dubbed the Greatest Hits Jag.

It's a 1984 Jaguar XJ and was built to celebrate this year's 50th anniversary of the nameplate, as well as highlight what's possible from the team at Jaguar Land Rover Classic Works.

This is most certainly a Series III XJ done right. Jaguar calls the paint Mauve, but we think the gorgeous purple hue is a bit more 2 Minutes to Midnight. It also pairs quite well with the stunning Pimento Red interior that's contrasted with black piping, black carpeting, and an Alcantara headliner. Jaguar also utilized dark gray Sycamore veneers, which is a nod to the type of wood that Nicko uses for his snare drums.

There's a number of other rock and roll touches in the cabin. The rotary knobs feature machined aluminum and are designed to mimic the knobs used to control an amplifier. Our favorite bit, however, are the gas and brake pedals that are clearly inspired by drum pedals.

Peer back at the outside and you'll find a set of blended front and rear bumpers. The fenders have been flared to fit custom 18-inch wire wheels that are wrapped in 235/45 Pirelli P Zero tires. Jaguar also took the time to supply some modern touches with respect to the lighting and interior features. Up front LED headlights make sure the road ahead is properly illuminated, and a custom Alpine touchscreen audio system ensures the cabin is properly blasting sound.

Under the hood wasn't left alone either. The 4.2-liter inline-6 normally found in this vintage of XJ breathes through a trio of SU carburetors. This is essentially now the same setup you'd find on an older E-Type. It's sound should echo marvelously out the back through a custom quad-exhaust setup.

Nicko is a proper Jaguar fan, and this isn't his first customized Jaguar. McBrain has also worked with Jaguar on a 2013 Jaguar XKR-S.