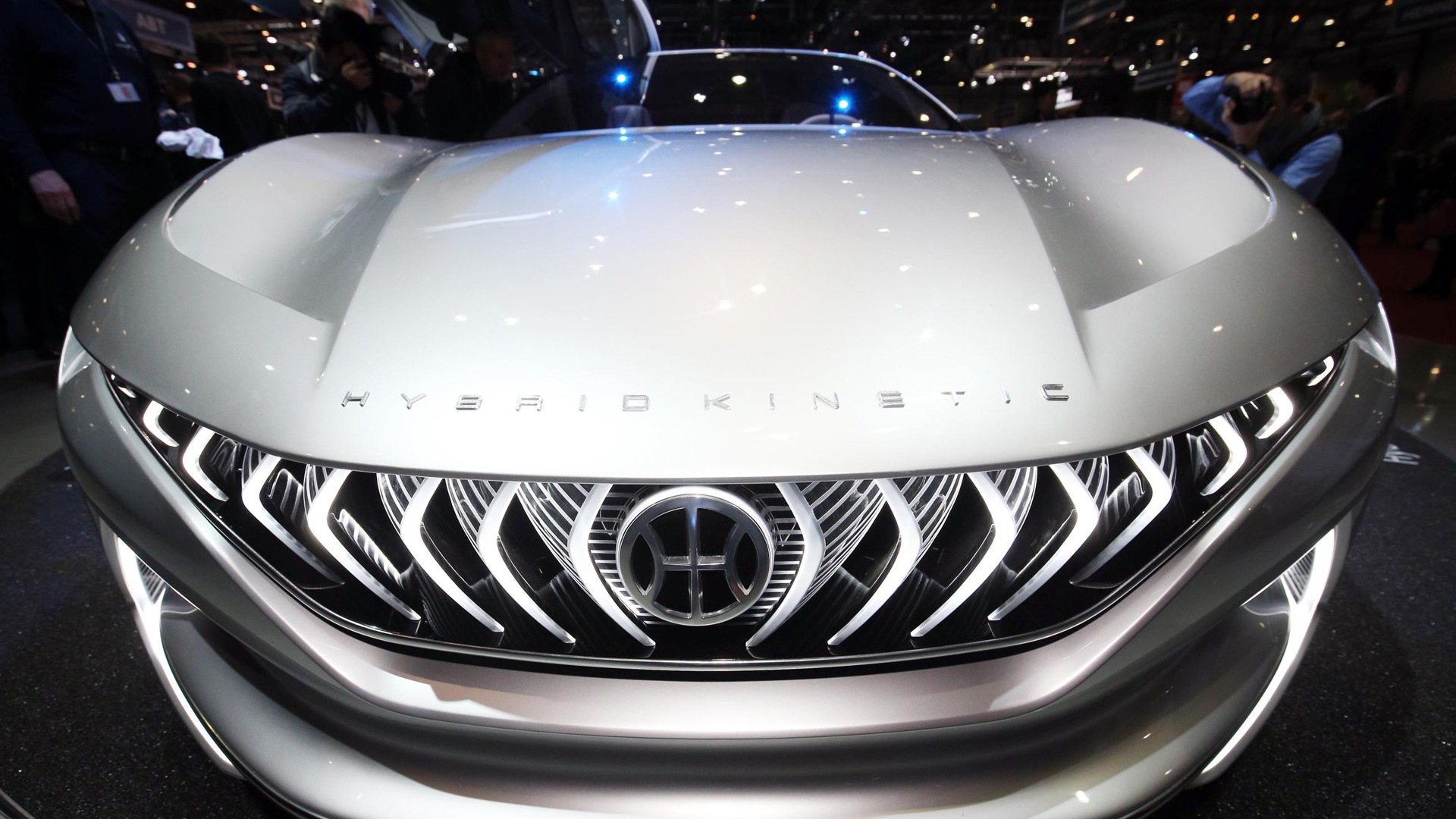 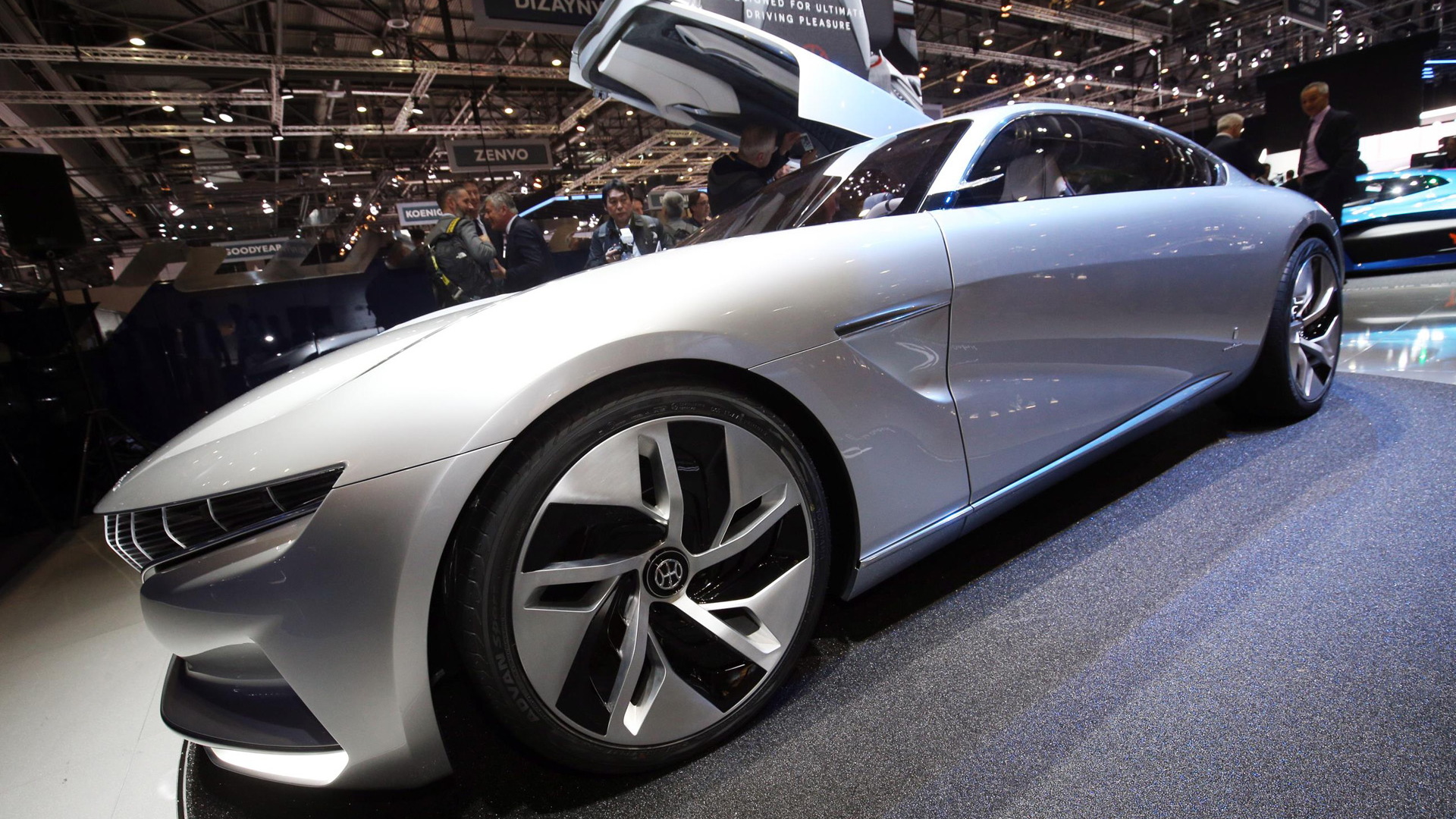 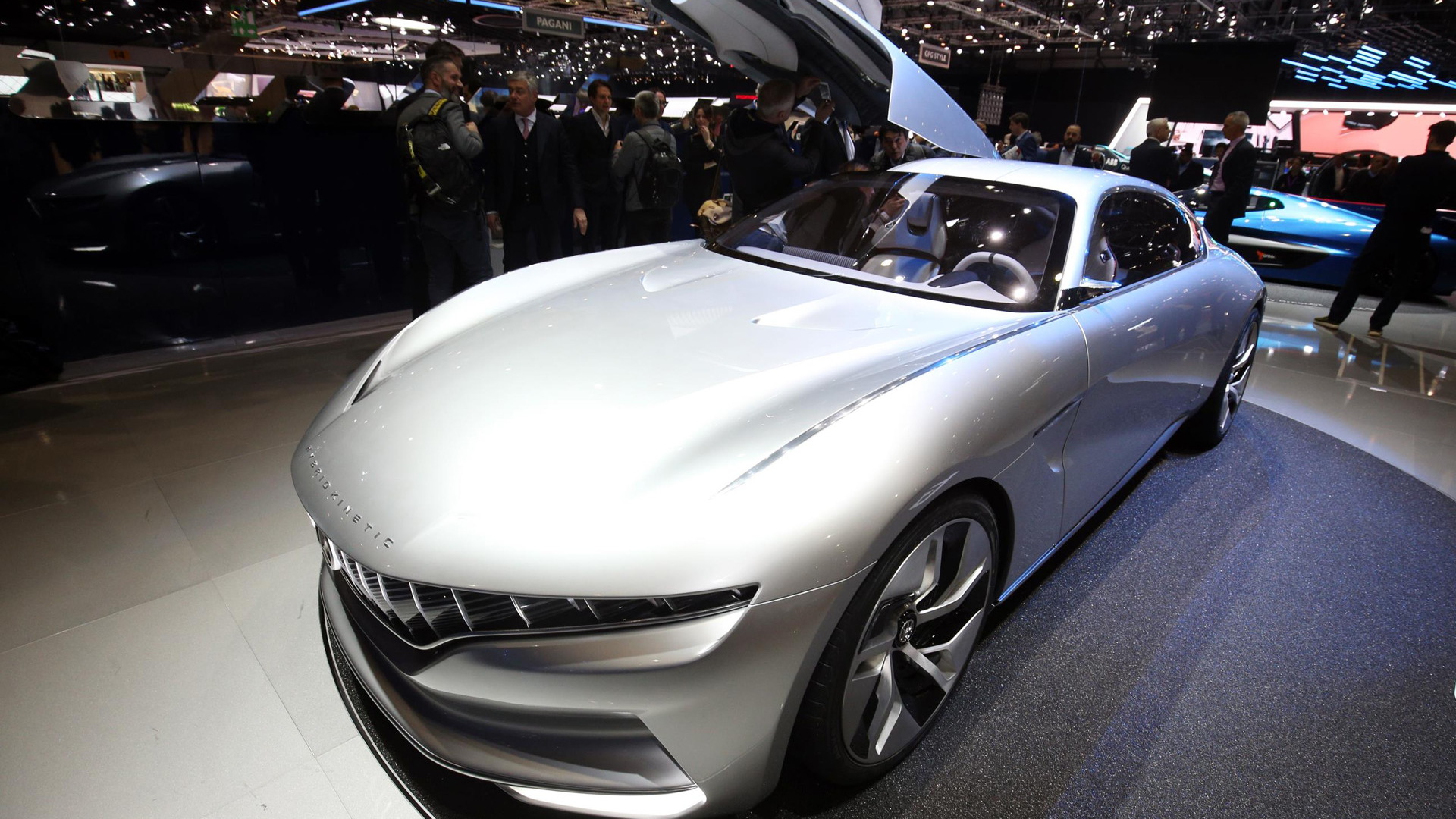 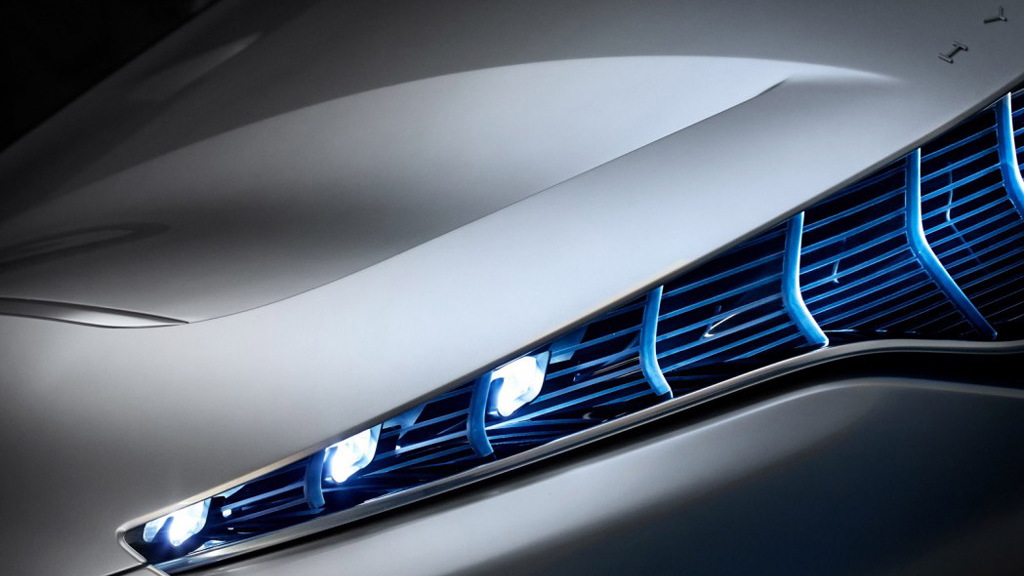 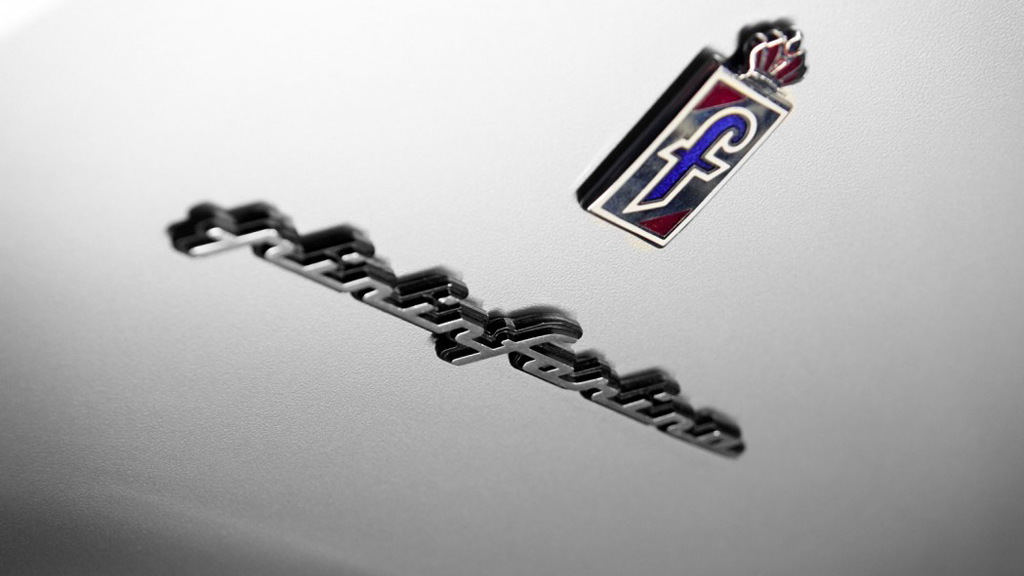 Chinese electric car startup Hybrid Kinetic has unveiled a new concept car at a major auto show for the fourth time in less than two years.

The latest study is the HK GT, described as an electric grand tourer powered by an extended-range electric powertrain. It made its debut on Tuesday at the 2018 Geneva International Motor Show, where it stunned audiences with its sensuous lines penned by Italy's Pininfarina.

The concept is a large, graceful coupe, a body style also implied by its GT name. HK's previous concepts included the H600 sedan and K550 and K750 SUVs. The sedan was shown at last year's Geneva auto show while the SUVs were unveiled at last year's Shanghai auto show.

The previous three concepts featured a similar aesthetic penned by Pininfarina. It's clear the HK GT concept displays a further evolution of the design, dialing up the heat with a set of gullwing doors.

Inside, shapes, volumes, colors and materials have been carefully chosen in order to add an expression of modernity and distinction. And to create a sense of lightness in the cabin, the front seats are seemingly suspended from the central tunnel, while a part of the rear backrest is formed by a suspended wing that cancels the old separation between passenger compartment and trunk. This design also gives the cabin a more spacious feeling.

Under the pretty sheet metal is the latest evolution of HK's modular extended-range electric powertrain, which uses a compact microturbine for range-extending duties. The microturbine weighs less than 200 pounds and sits under the hood. It delivers a continuous 80 horsepower for charging a battery in the floor. The battery powers a pair of electric motors with a combined 800-horsepower output, or enough to shuttle the HK GT from 0-62 mph in 2.9 seconds. The top speed is 155 mph. The numbers aren't bad considering the HK GT weighs 4,100 pounds.

HK said the HK GT can travel over 60 miles on a full charge of its battery. Add with a full tank of fuel the range expands to over 600 miles.

HK also reiterated in Geneva its hopes to turn into a purveyor of luxurious electric cars. The company's first model is expected to be a sedan possibly arriving as early as 2020.