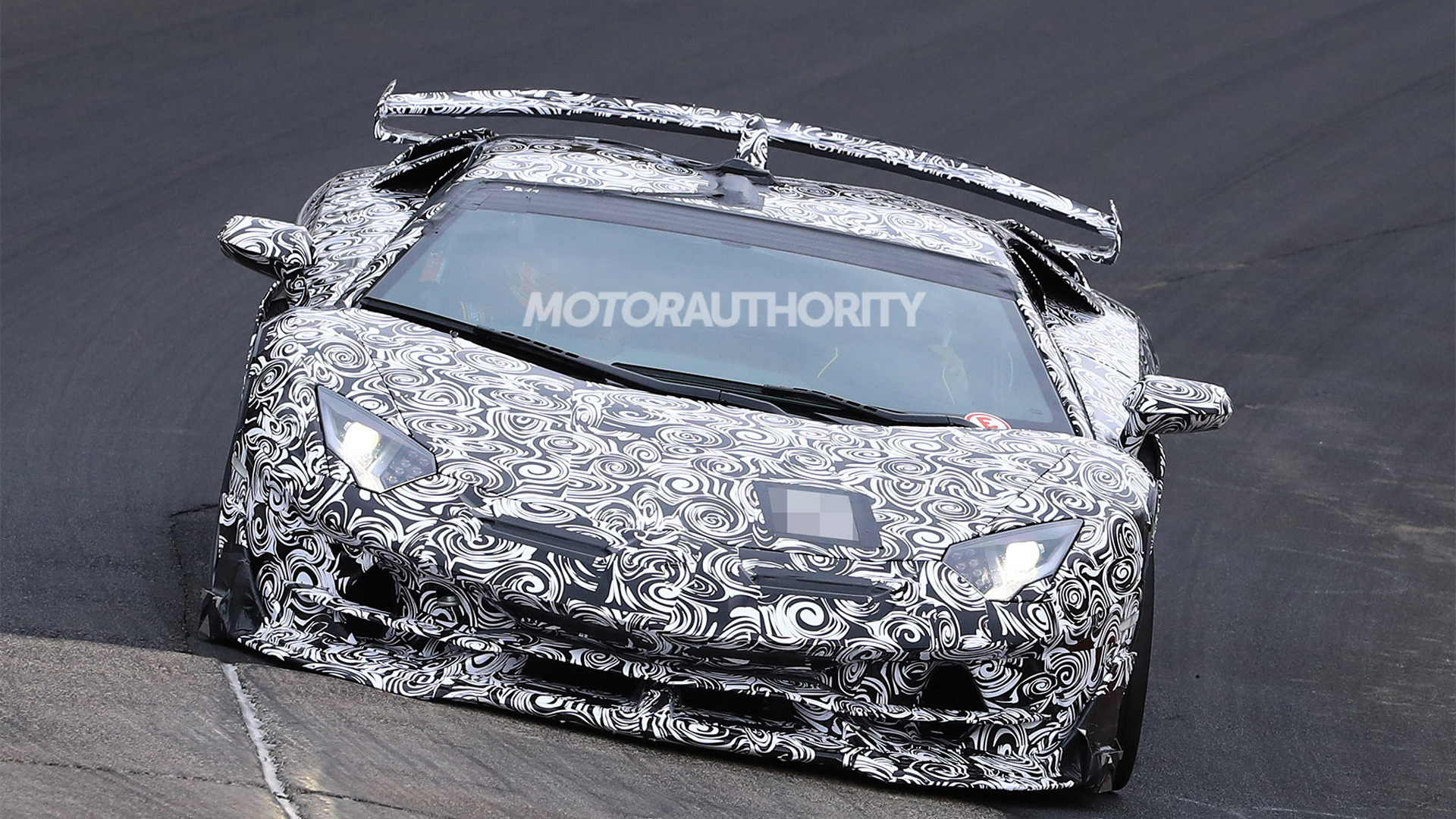 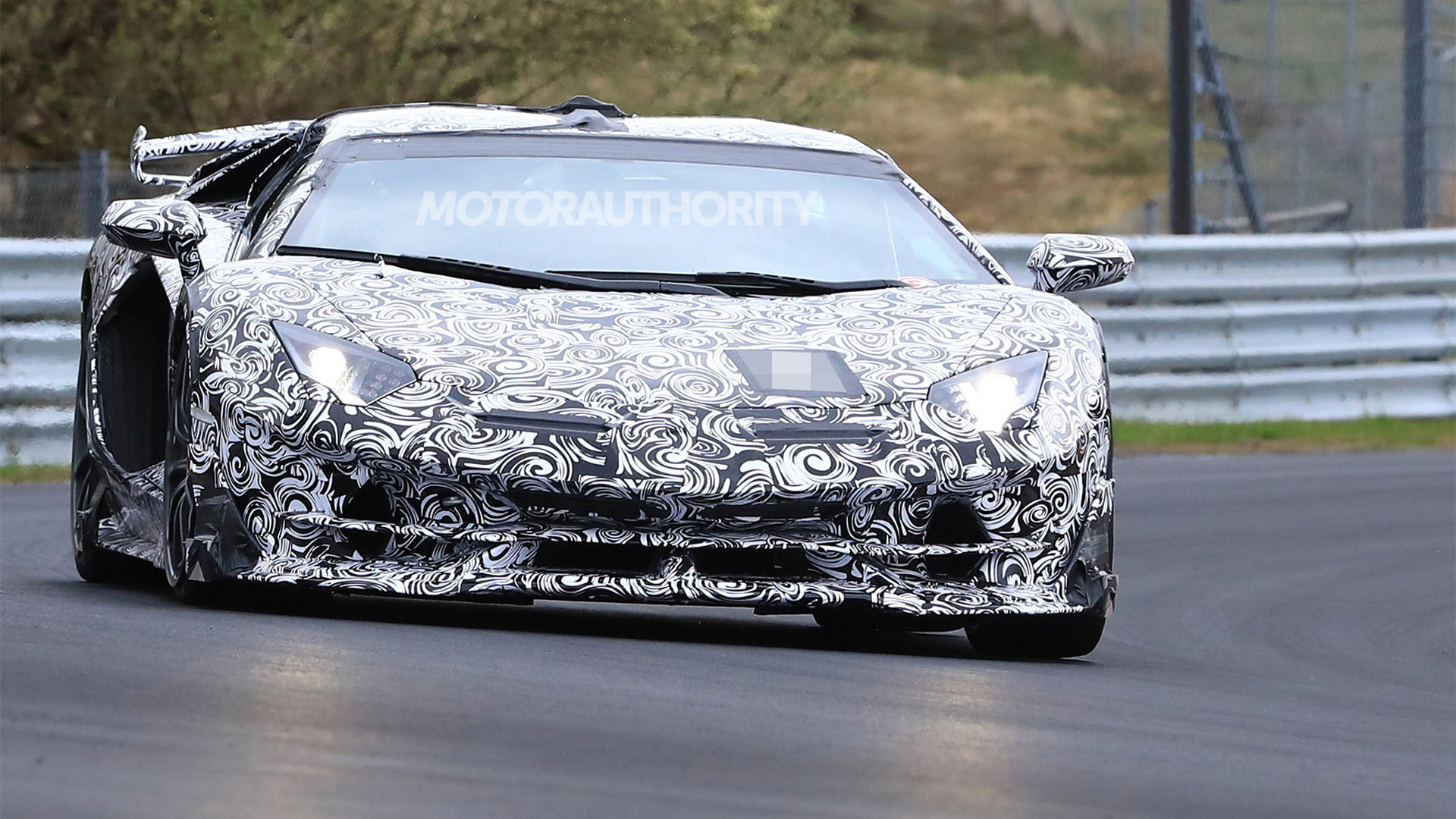 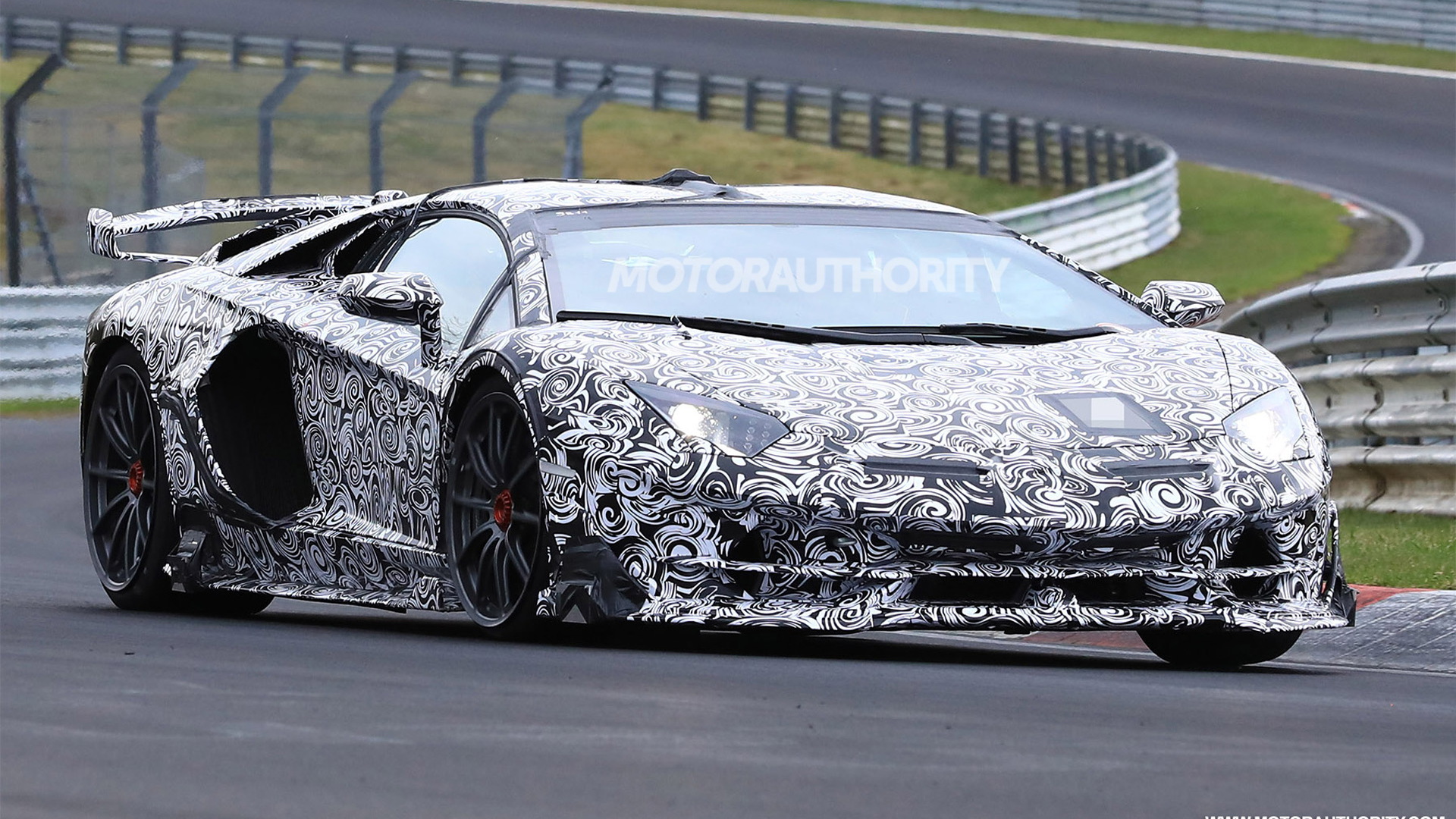 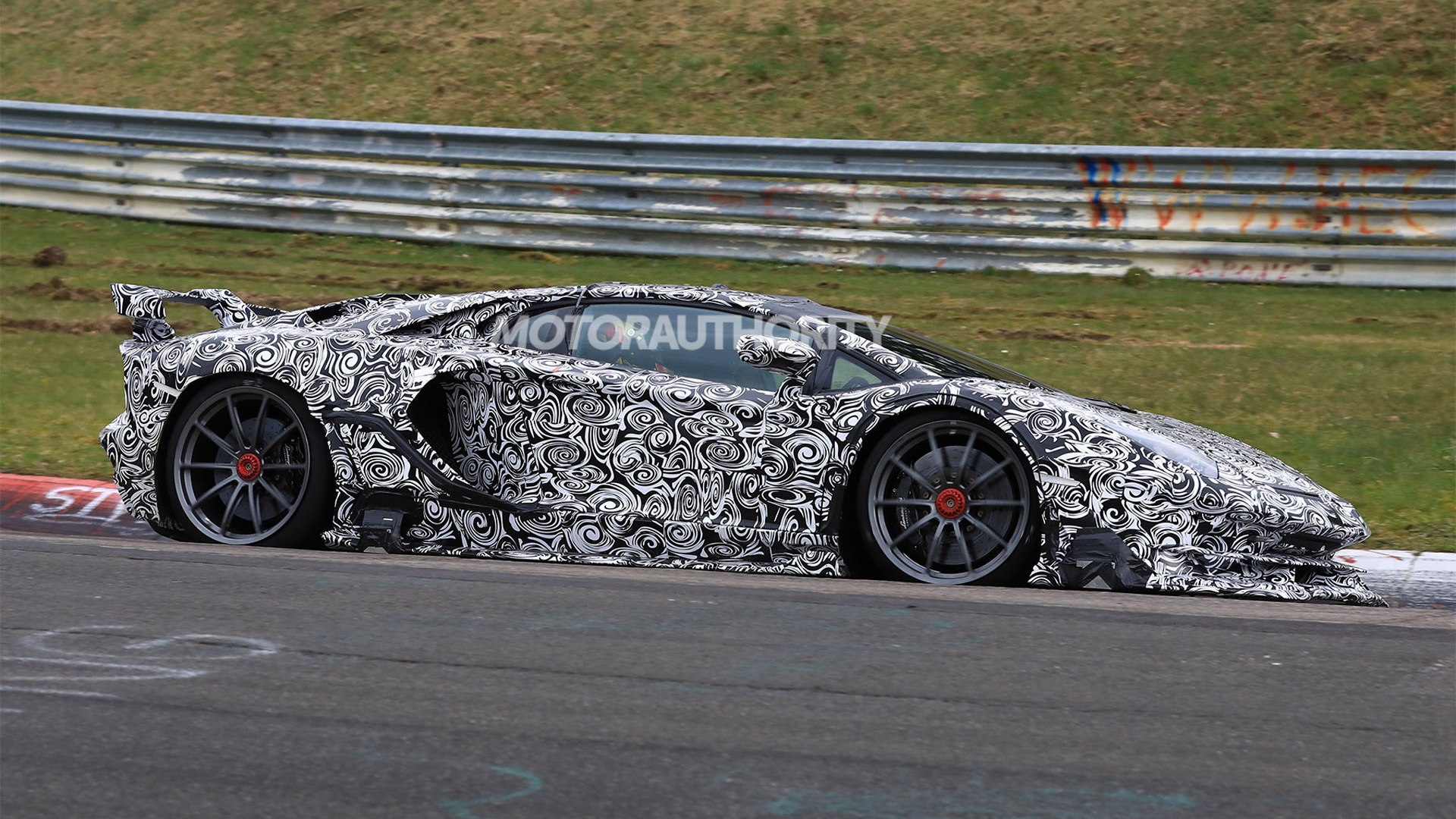 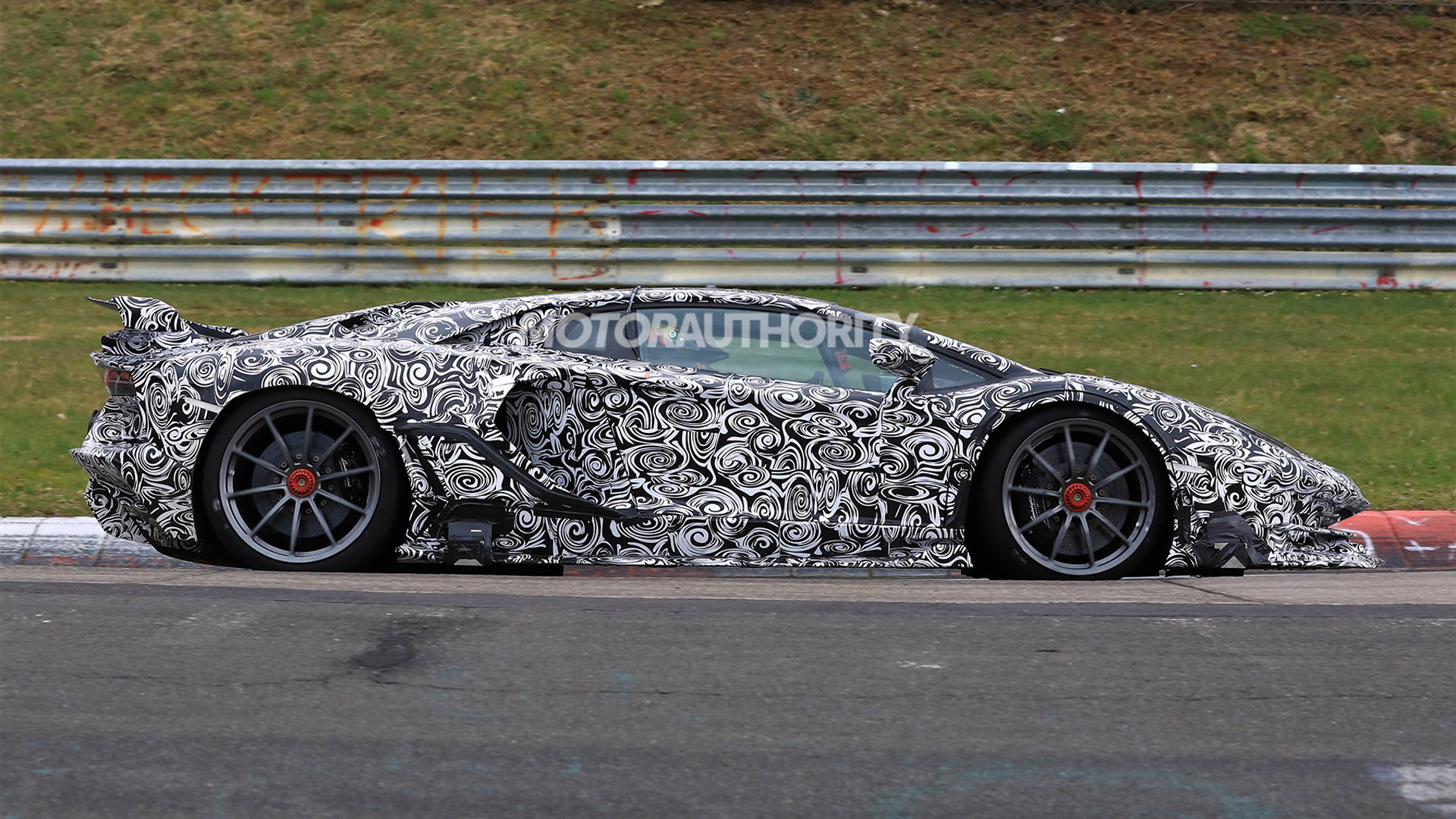 Lamborghini has once again been caught testing a more hardcore version of its Aventador.

And thanks to a photo of the car's digital instrument cluster (shown below), taken by the folks at Salento V12, we know the car will be called the Aventador SVJ, an abbreviation for Super Veloce Jota.

Lamborghini diehards will recognize the name from the Miura SVJ of the 1970s, an extremely limited hardcore version of the Miura based on the one-off Miura Jota prototype developed by Bob Wallace to meet the FIA's Appendix J racing regulations. Jota is the Spanish pronunciation for the letter J.

Getting back to this Aventador SVJ, the biggest and baddest version of the Lamborghini flagship currently on sale is the Aventador S, which generates 730 horsepower and 509 pound-feet of torque from the familiar 6.5-liter V-12. What can we expect for the Aventador SVJ?

The car seen in the video and spy shots should offer more power, but what's more fascinating is the aggressive aero enhancements made to it. The rear wing in particular looks much like the one on the Huracán Performante. It suggests the Aventador SVJ features a version of the Aerodinamica Lamborghini Attiva (ALA) active aerodynamics system that adjusts airflow around and through the car to control drag and downforce levels. The system on the Huracán Performante actually channels air through the support struts of the rear wing.

Other changes to the Aventador SVJ include a pair of exhaust outlets mounted close the taillights, as well as a huge rear diffuser similar to the one on the Aventador-based Centenario. Moving around to the front, we can see the car features a new set of side skirts, plus multiple spoilers in the front fascia. The track also looks to be slightly wider than on the standard Aventador.

Is there more power to be had? Very likely. The side intakes are definitely larger than on other Aventador variants, and the engine cover also has more vents than what we're used to. With American muscle cars now delivering more power than Lamborghini's V-12, expect this latest Aventador variant to get a boost in output. Something close to 800 horsepower sounds about right.

Lamborghini has just launched the Urus and the Huracán Performante Spyder on the market, so we're not expecting the Aventador SVJ until late this year or early next. It should arrive in showrooms as a 2020 model.

Note, the car will likely be the last hurrah for the Aventador before a successor arrives with electric assistance. It was at the 2011 Geneva auto show that the Aventador was first shown to the world.