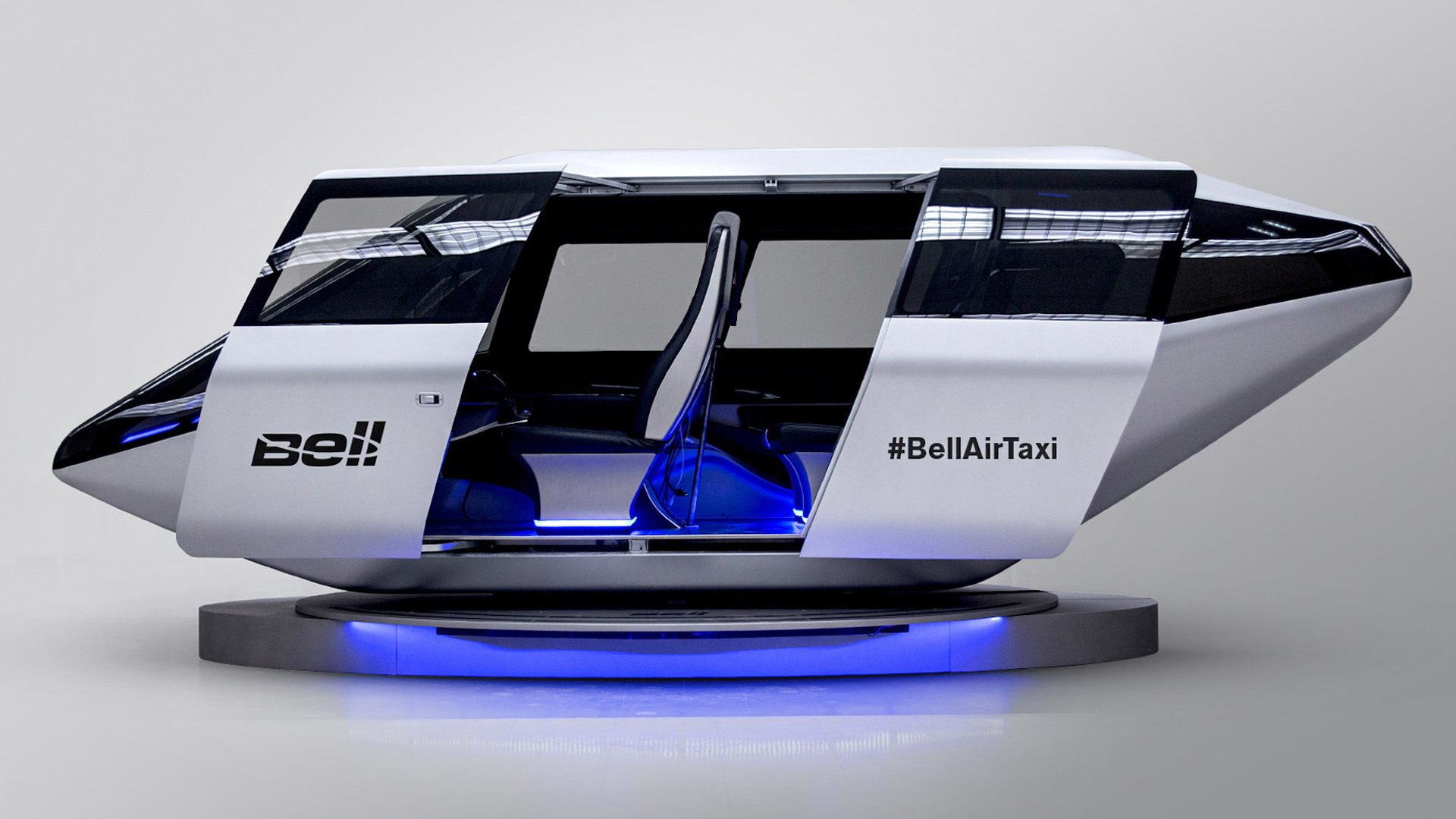 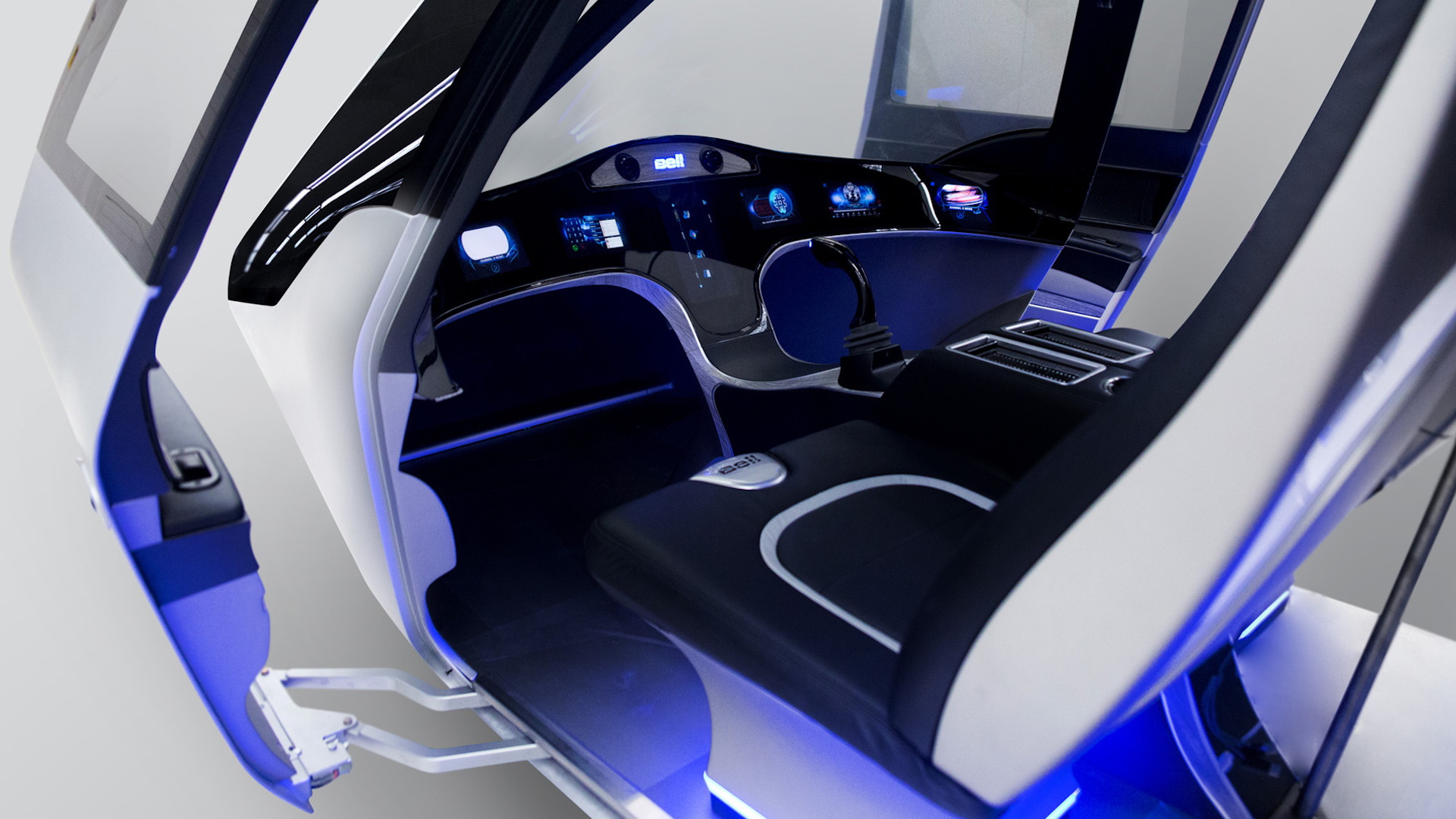 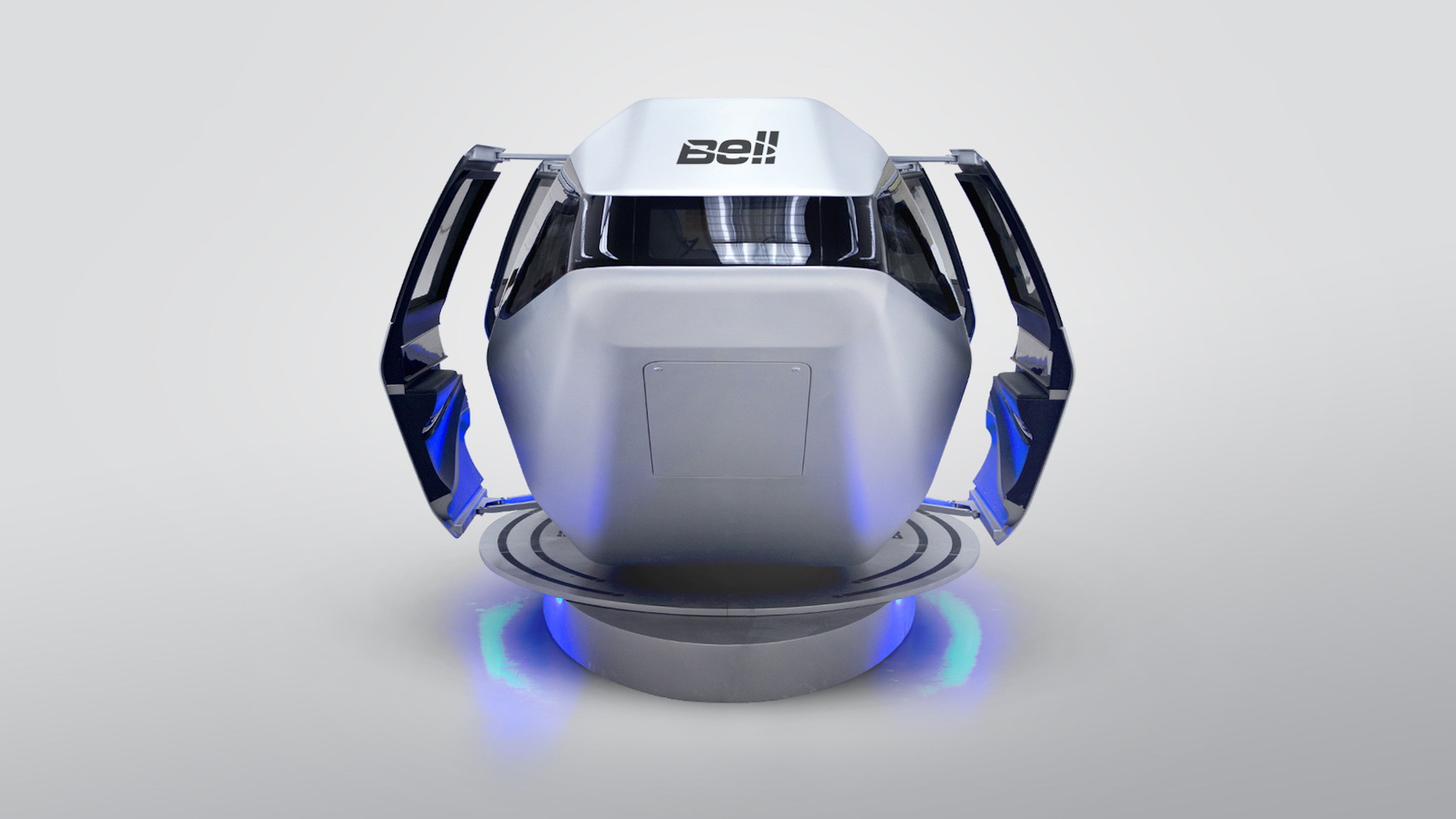 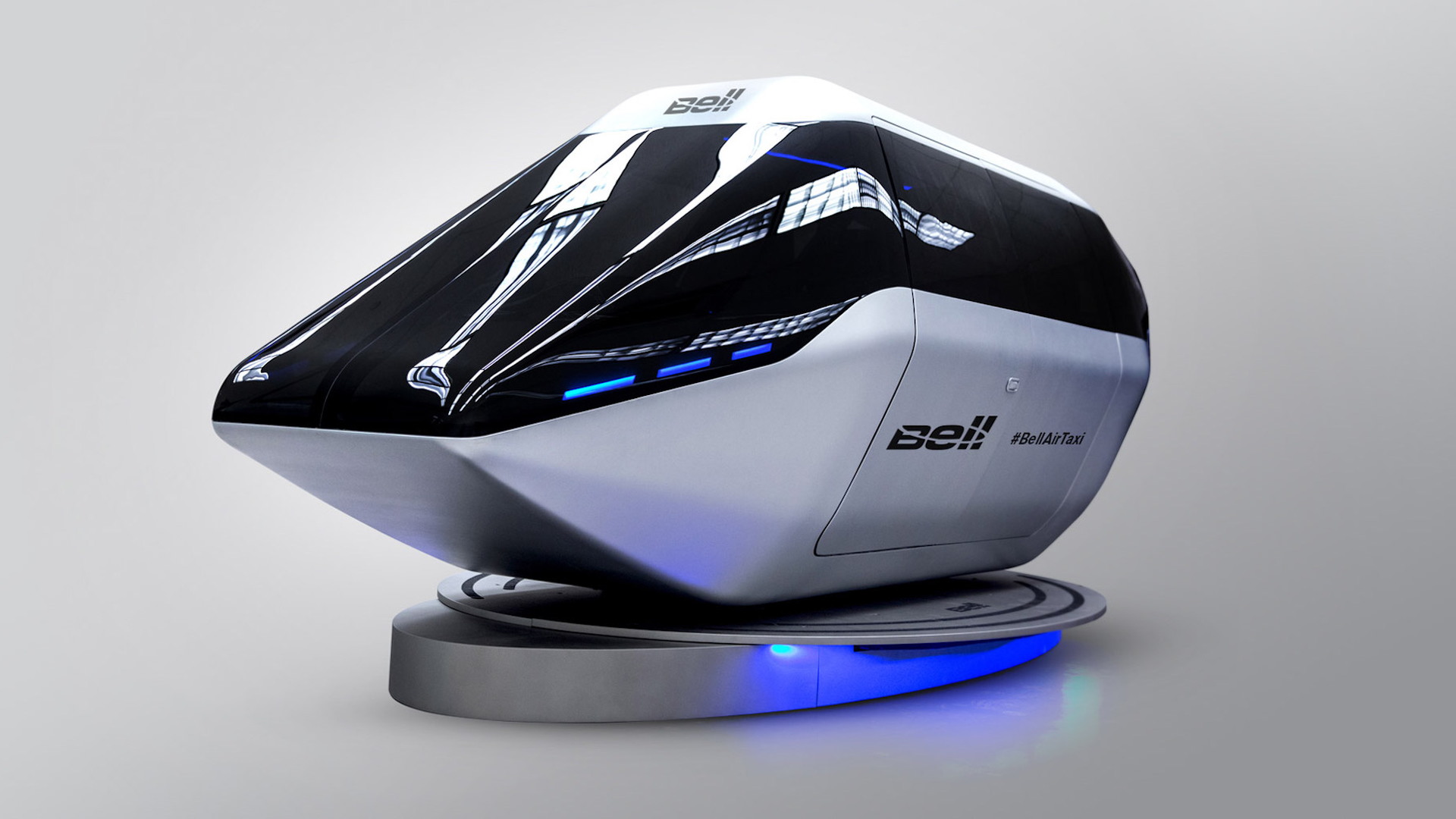 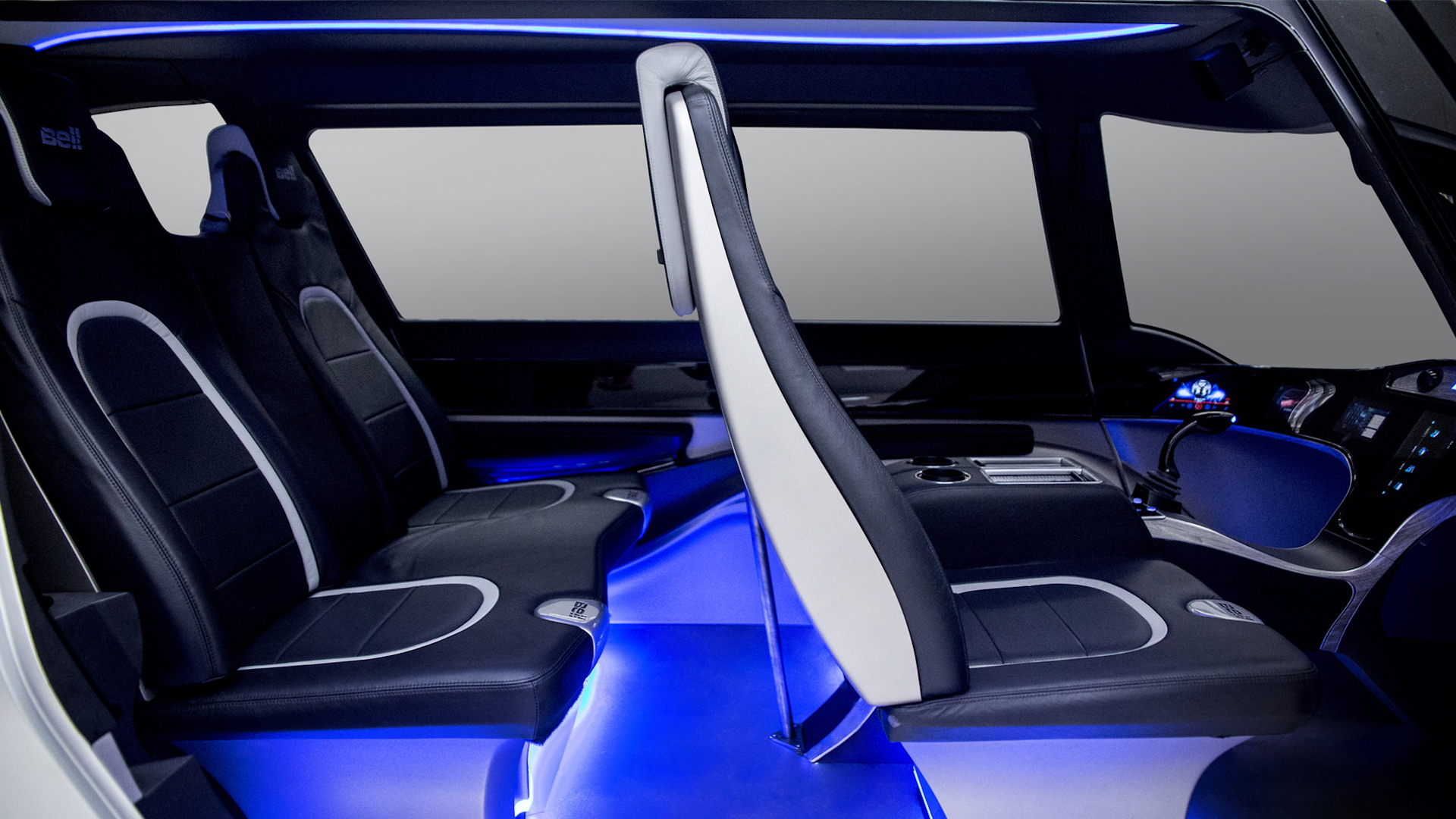 Aside from the numerous vehicle concepts and futuristic cockpit designs at the Consumer Electronics Show, the Las Vegas tech show also played host to the very first helicopter debut. Bell Helicopter revealed its futuristic air taxi concept with a cabin tailored to personalize the user experience.

The concept is an "urban air taxi" that could one day be just as popular as passenger cars zipping through city streets. The company did not reveal any information surrounding propulsion but instead focused solely on how users will experience a Bell air taxi. Stepping inside reveals an integrated control center where riders can catch up on the daily news, hold a video call, and share documents or files with other riders. Or, the passengers can just as easily unplug to relax and enjoy the views below and around them.

Bell also did not disclose how the air taxi operates, but a traditional joystick to operate flight is present, which leads us to believe this is not a self-flying form of transportation. Many flying car and VTOL (vertical take off and landing) concepts continue to chase self-flying capabilities to usher in a world where air travel is just as prevalent as a car ride. Plenty of regulation and red tape hurdles still stand in the way of "flying cars," however, and the list of start-ups all vying for success continues to grow by the month.

Bell's concept is merely an idea and doesn't necessarily preview a future production model, but instead showcases how Bell believes short-distance air travel will evolve in the future. We'll have to wait and see if the company's vision shakes out.