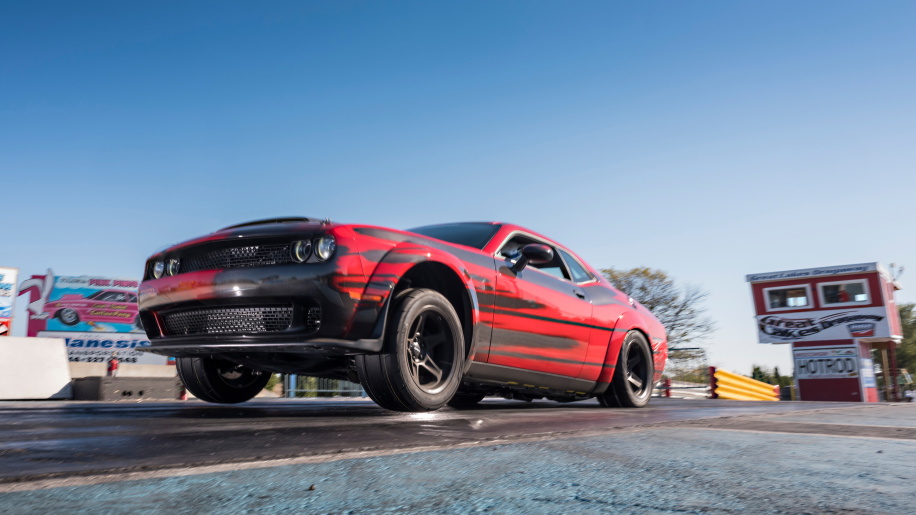 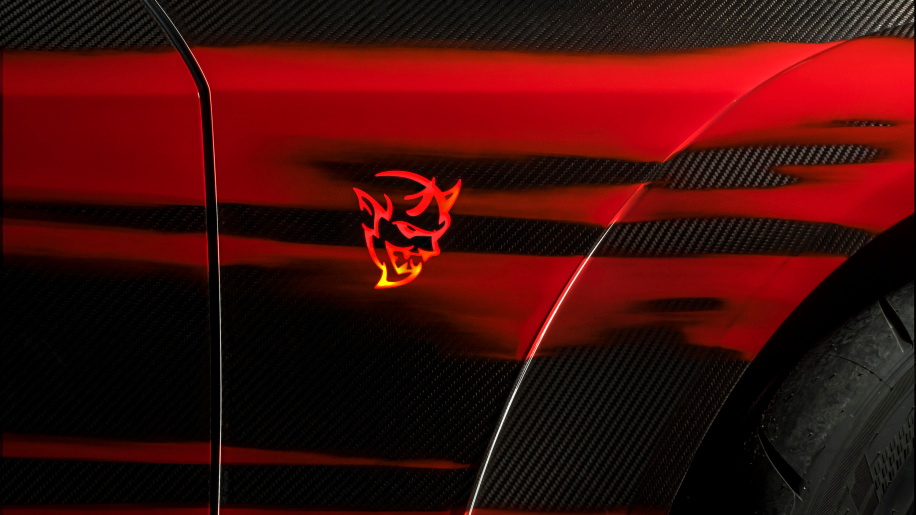 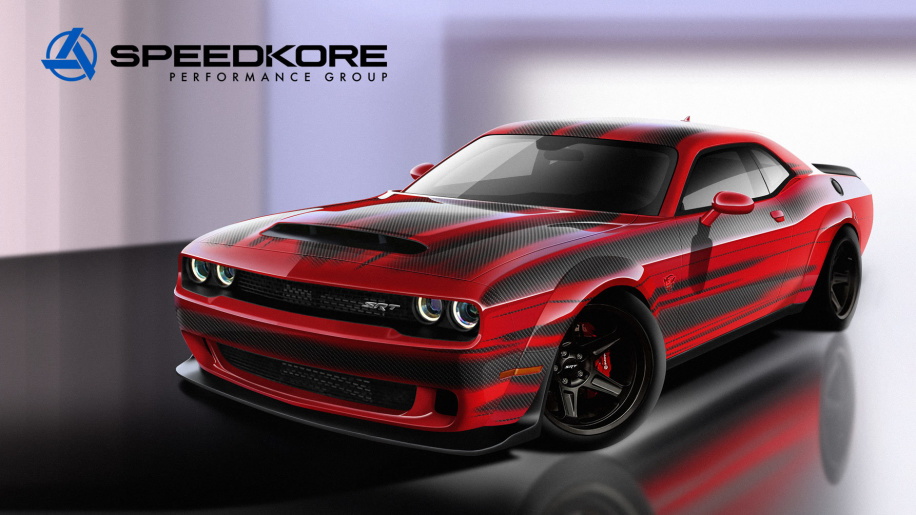 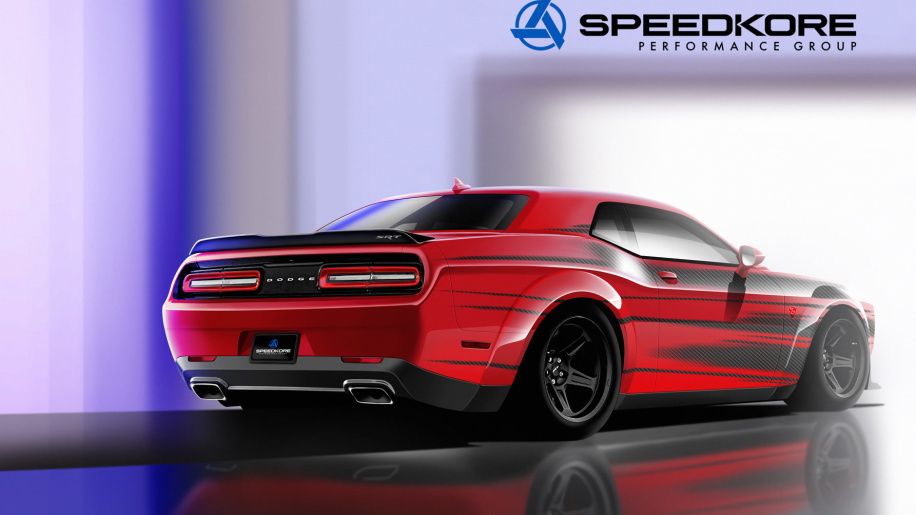 The 2018 Dodge Challenger SRT Demon may be one powerful muscle car, but it's not exactly the lightest performer. In fact, it weighs more than 4,000 pounds. The car relies on its massive power figures to check off multiple production-car firsts. But, what if owners want to shed some of the extra bulk? SpeedKore has a solution it plans to show at the 2017 SEMA show—the annual aftermarket extravaganza in Las Vegas—next week, and it should have potential owners giddy.

The company provided the above images of its carbon fiber-bodied Demon, only two of which are actually photos. SpeedKore is saving the most important details for the SEMA reveal. We don't know how much weight the carbon-fiber body panels shave from the Challenger Demon, nor what it will cost to outfit a car with them. SpeedKore simply promises high-quality construction and OEM fitment.

Using its Autoclave facility in Grafton, Wisconsin, it sounds like every ounce per body panel earned its way into the final product. Last year, the company brought a carbon fiber-bodied Challenger Hellcat to SEMA, so it certainly has some pedigree in building carbon-fiber parts.

Legendary rock and roll star Sammy Hagar will unveil the carbon-fiber-bodied Demon at SpeedKore's press conference at SEMA on October 31.

We have another question: Just how much time will the carbon-fiber body parts shave from the Demon's 9.65 quarter-mile time? Hopefully, we'll find that out next week, too.