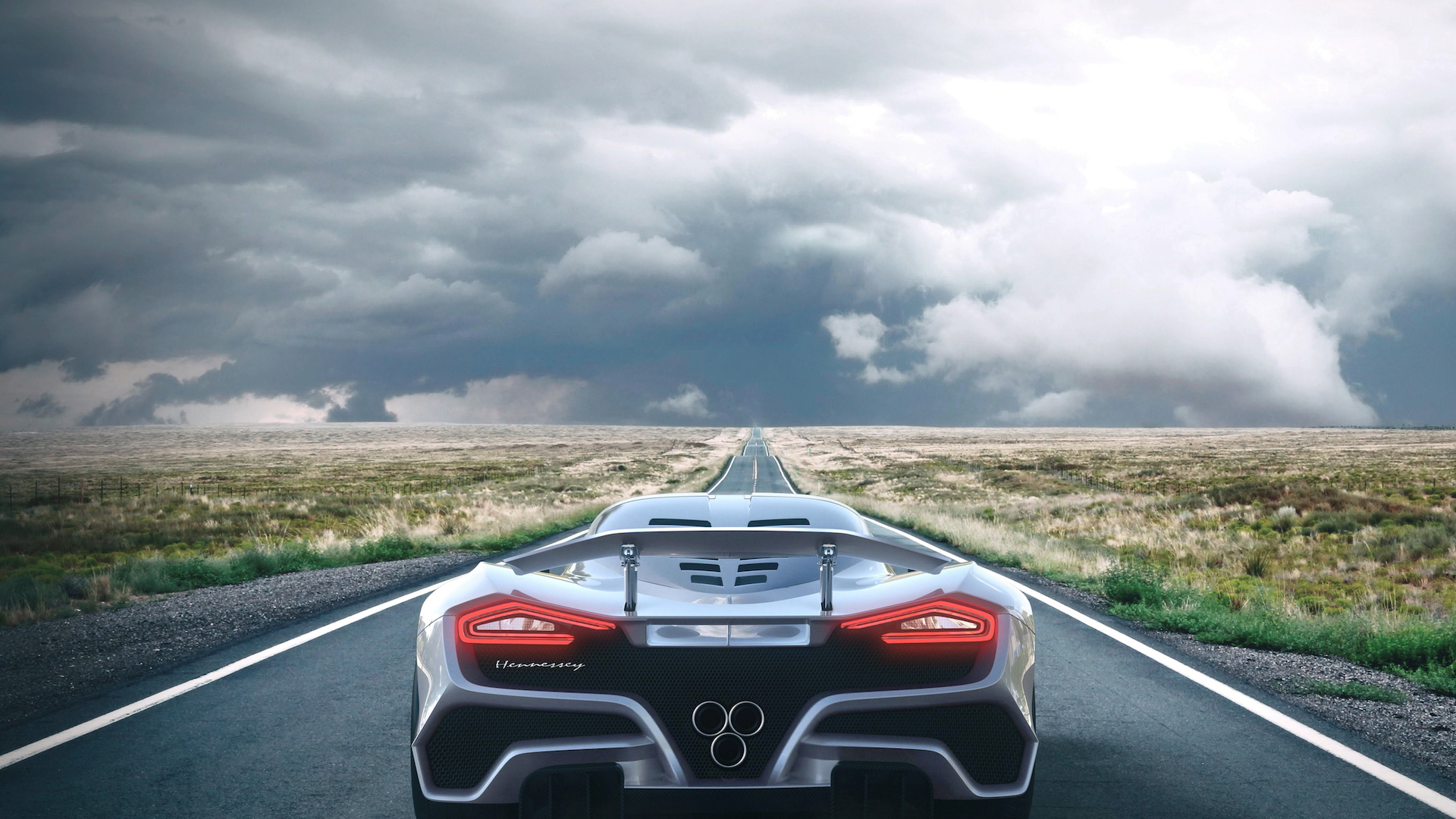 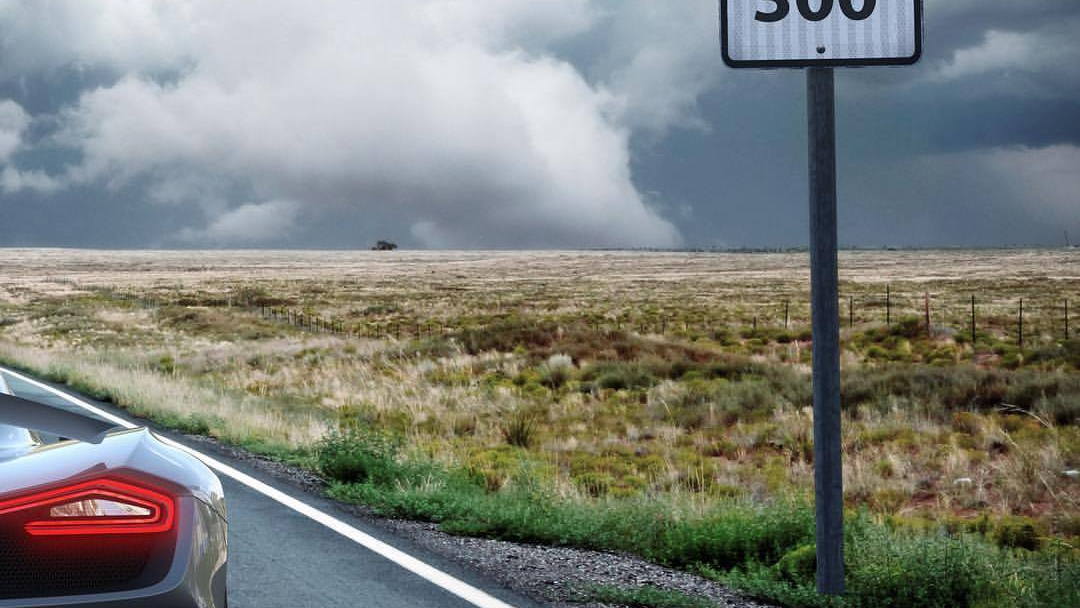 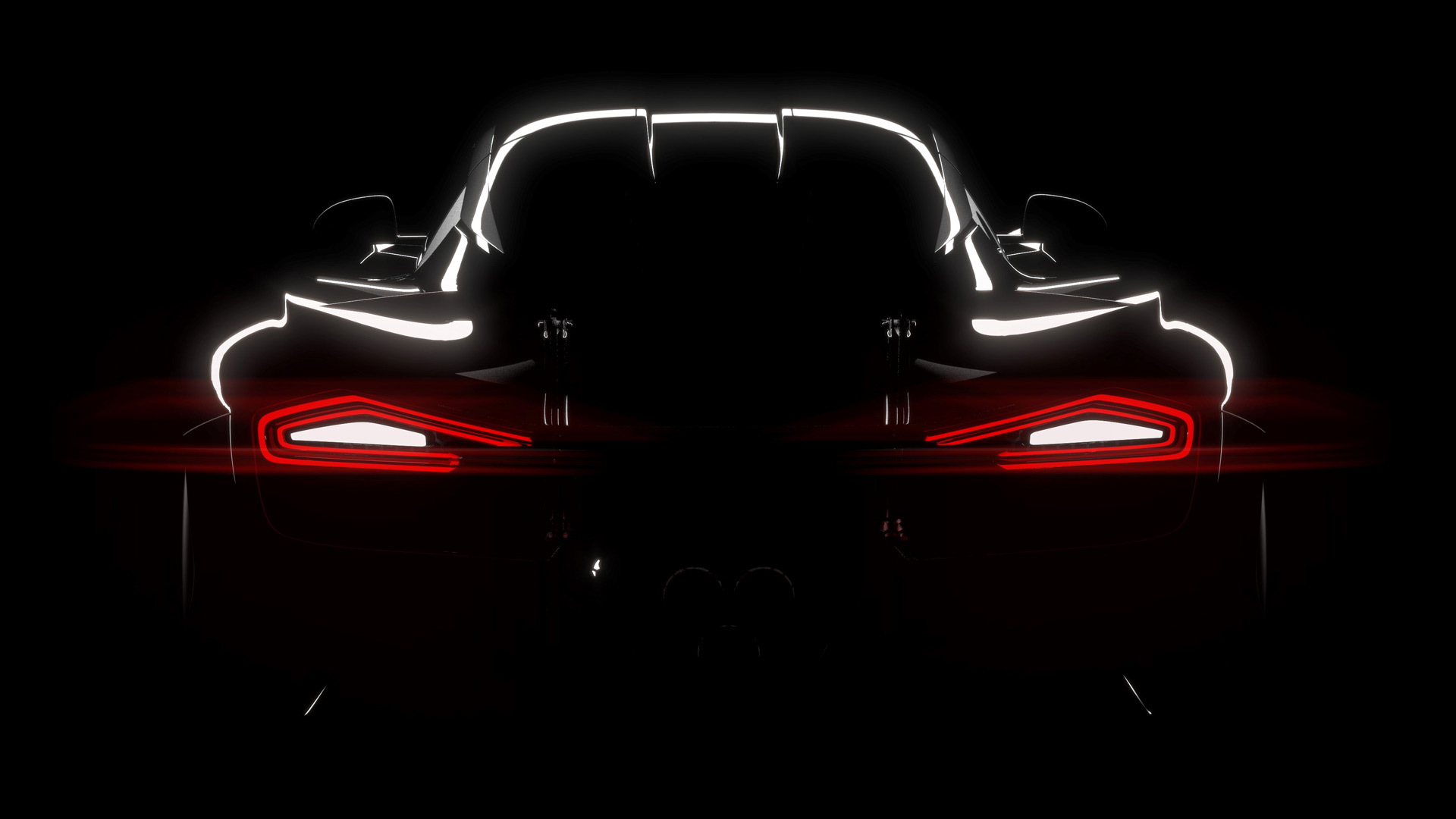 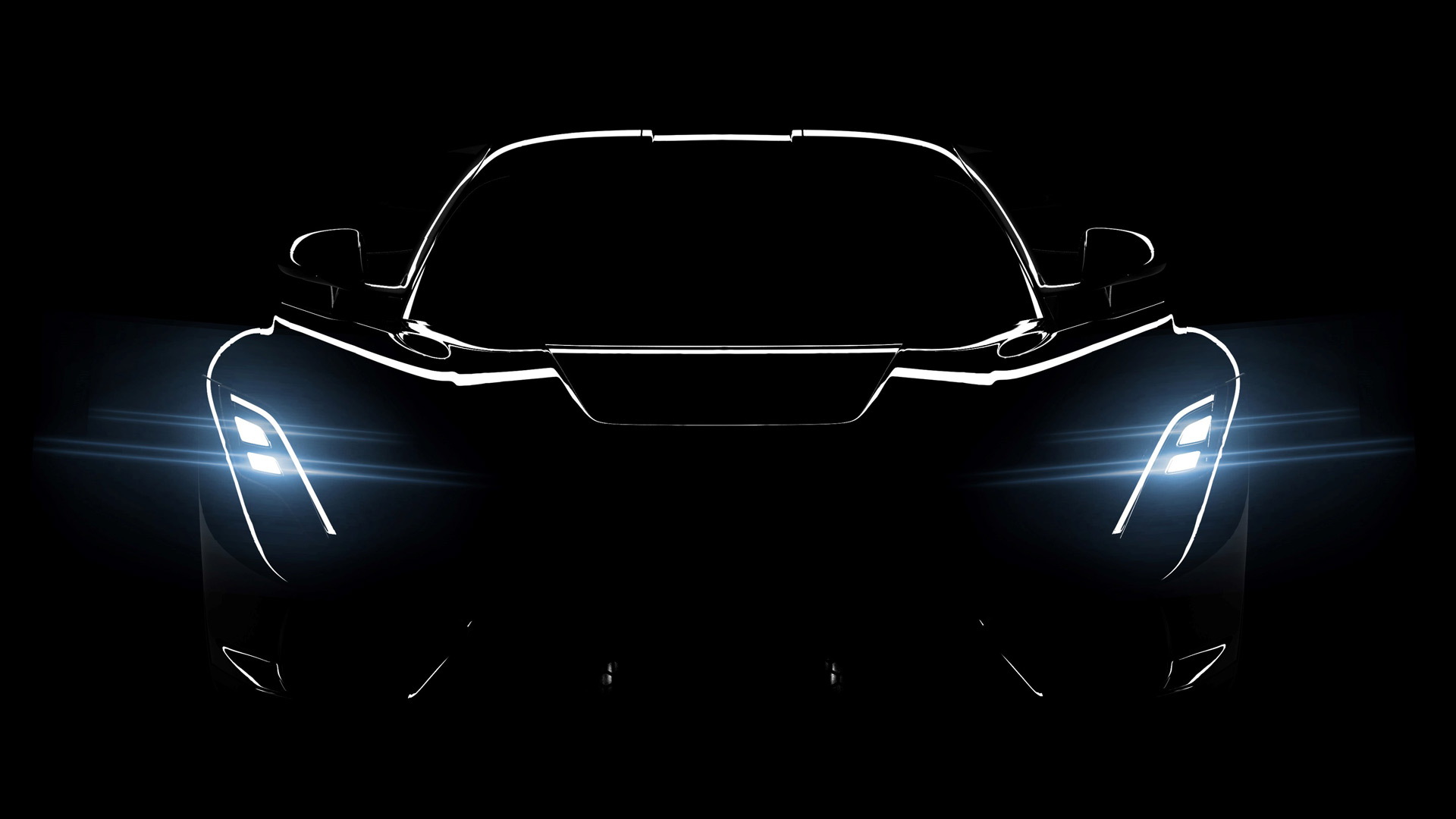 Just over three years ago Hennessey Performance Engineering announced to the world it was beginning work on a world-beating hypercar called the Venom F5. On Thursday, the Texas-based performance shop told the world the wait is nearly over: the F5 will be unveiled at SEMA on November 1.

Set to use a bespoke chassis that is both designed and manufactured at the company's headquarters in Sealy, Texas, the new F5 appears to have a distinct design to it.

Hennessey's released two new images of the F5 on Thursday, both a variation of the same view. One depicts the full rear end of the F5 as it sits idly on a highway in the middle of now where. The other shows a speed limit sign to the right of the car saying 300, which could be a hint that Hennessey plans to hit 300 mph with the F5.

This would jive with Hennessey's goal of building the fastest road car in the world. The Bugatti Veyron is gone, and its successor, the Chiron, is currently speed-limited to 261 mph, which is limited due to its tires. In fact, Bugatti claims the Chiron can't go over 300 mph because of the tires.

It's clear that the team down in Texas has put in a lot of time working on the F5's aerodynamics as highlighted by the video above. The Venom GT's drag coefficient was 0.44, and the F5's target is to get that below 0.40.

While the powertrain is still a mystery, the car in the video sure sounds similar to the Venom GT, which was powered by a twin-turbocharged V-8 engine.

This isn't Hennessey's first rodeo with a hypercar. The team down in Texas created 13 Venom GTs—six coupes and seven Spyder convertibles—to challenge the Bugatti Veyron. Clocking a top speed of 270.49 mph, the Venom GT threw down with the world's greatest hypercar, and won.