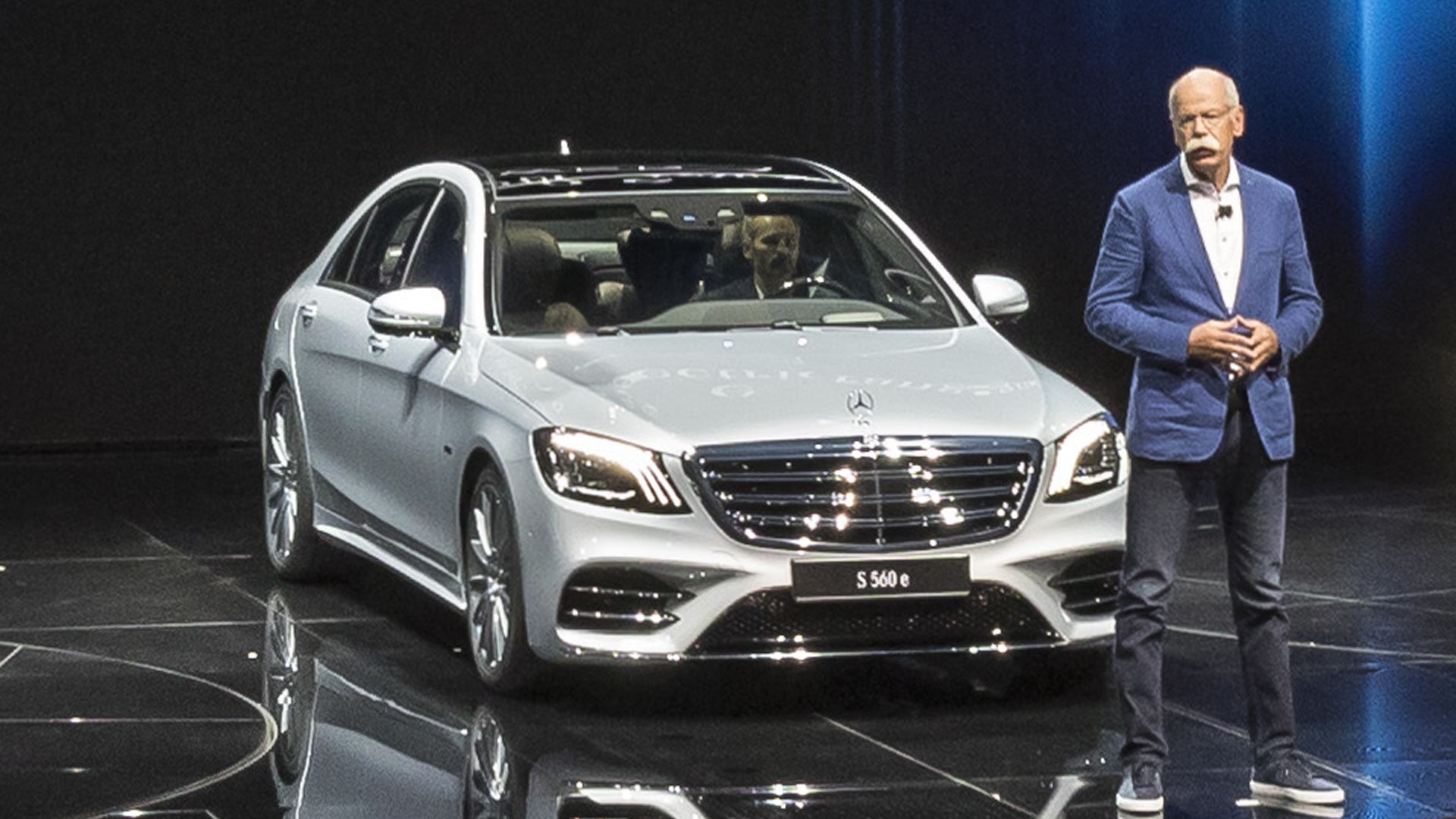 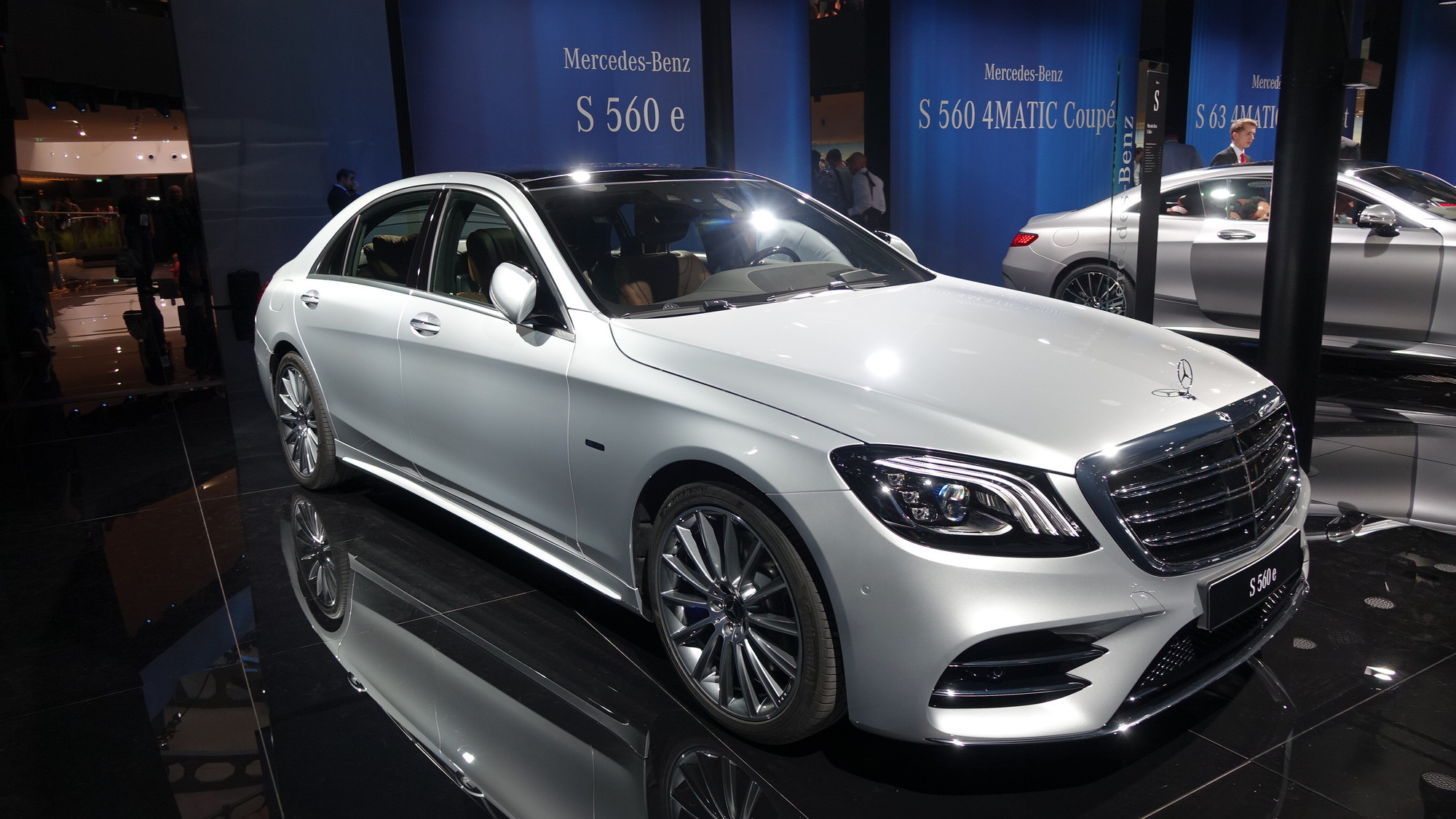 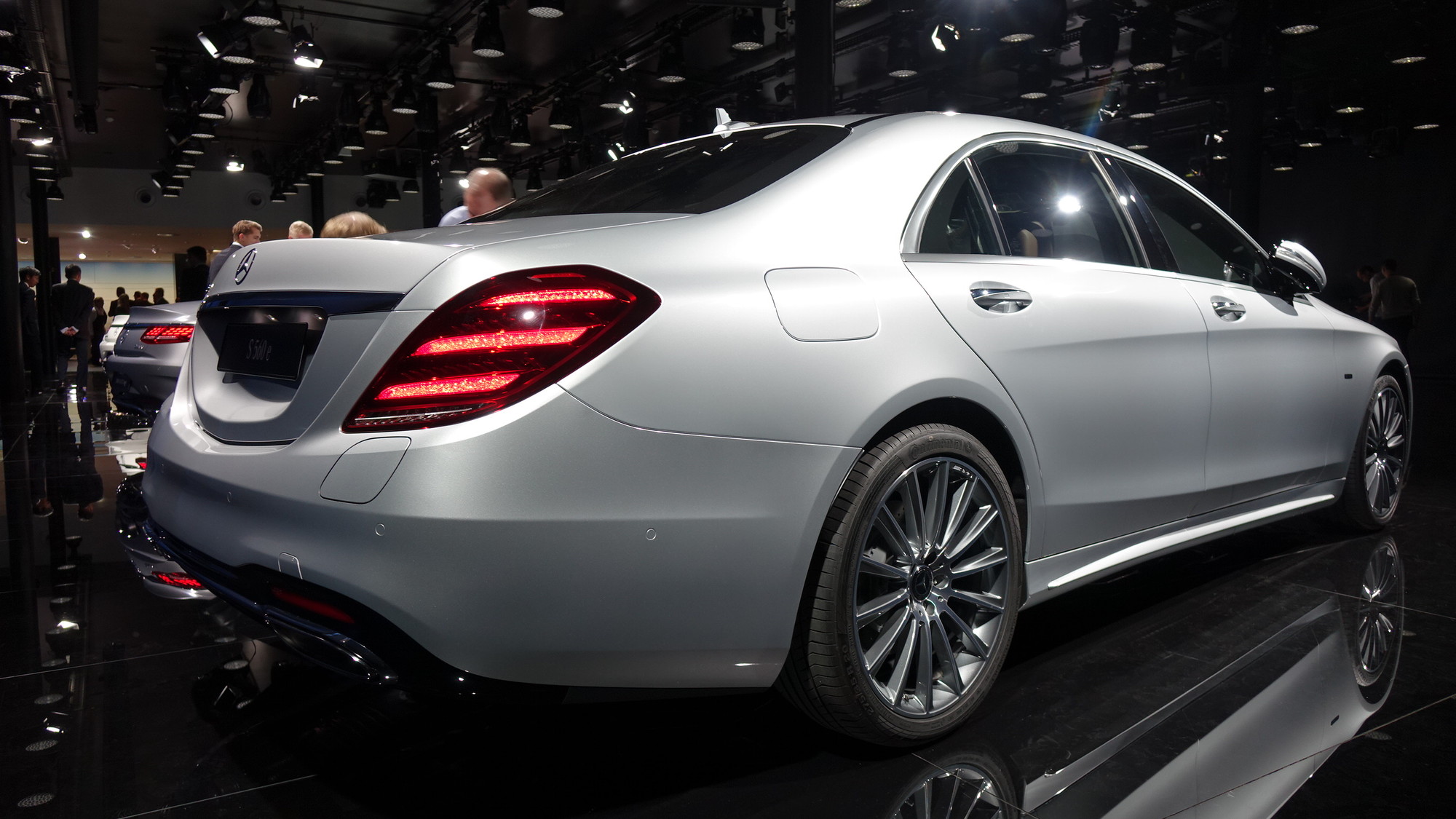 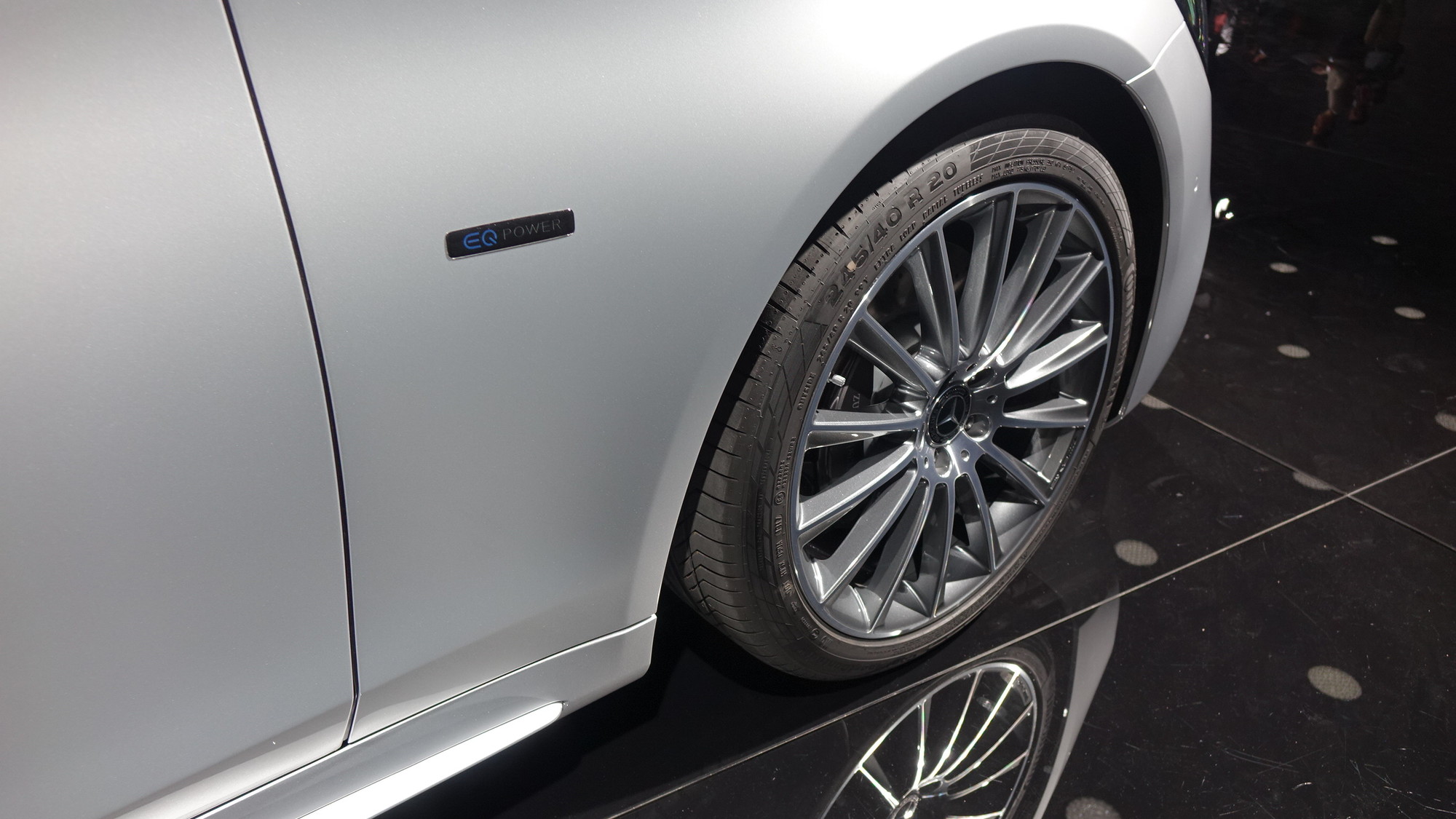 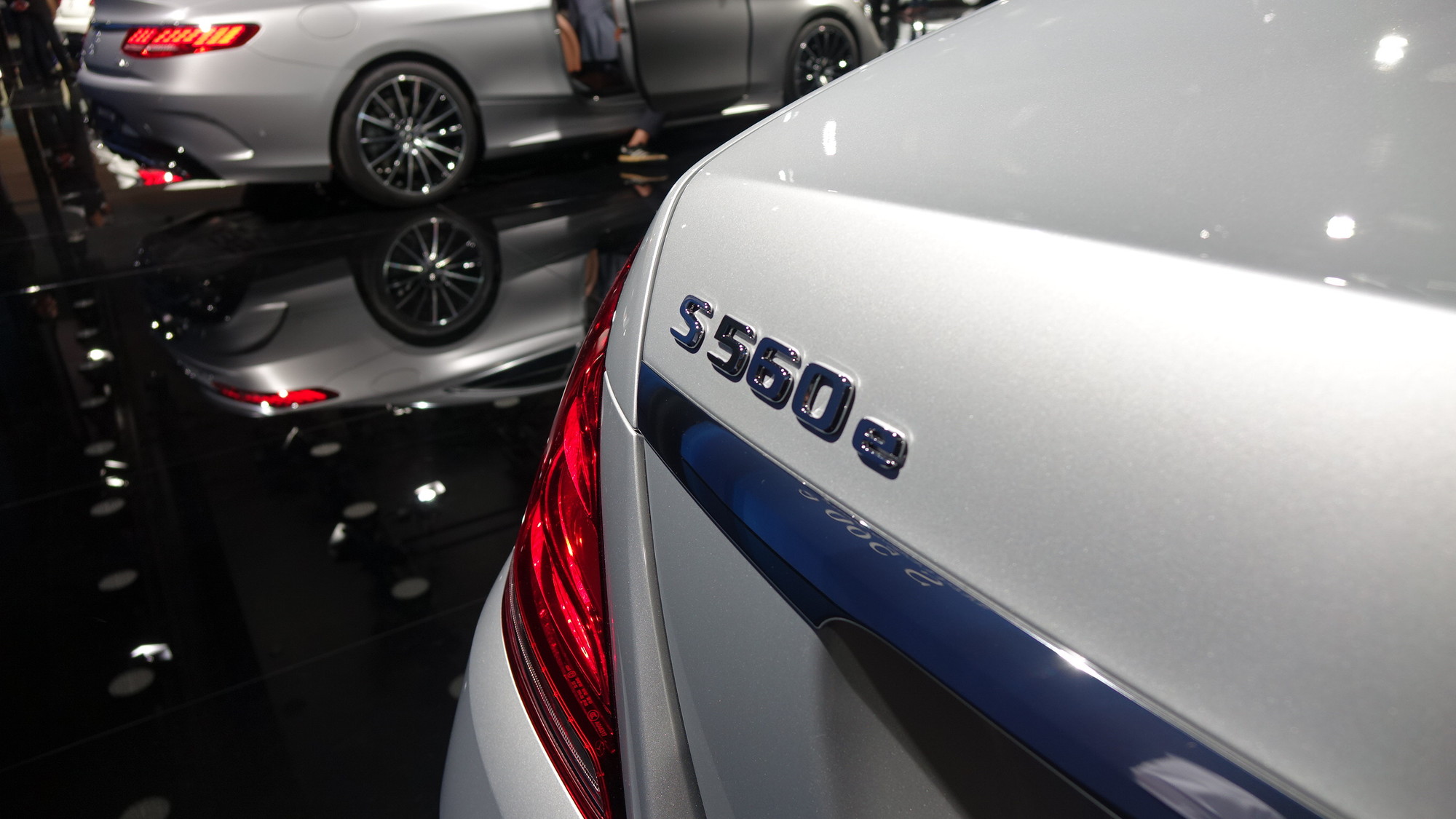 Mercedes-Benz has revealed its newest member of the 2018 S-Class family: the S560e plug-in hybrid.

After revealing the updated S-Class range in April, Mercedes debuted the S560e on Tuesday at the 2017 Frankfurt Motor Show.

With Mercedes' third-generation hybrid unit at its core, the 2018 S560e is capable of going roughly 30 miles on pure battery power, at least on the European test cycle. A U.S. EPA rating would likely be somewhere in the mid-20s, against 14 miles for the outgoing 500e (sold in North America as the 550e).

Most importantly, Mercedes was able to increase the lithium-ion battery pack's output to 13.5 kilowatt-hours over the previous 8.7 kwh, but keep it the same size. The battery now comes from parent company Daimler directly, as well.

In electric mode, the car has 120 horsepower on tap. Adding the power of the gasoline V-6 and you're looking at something closer to 487 hp.

The Mercedes-Benz S560e also arrives with standard Eco Assist. The system helps and guides the driver to create the most efficient driving experience with pedal prompts. Pulses in the accelerator pedal have various meanings. For example, a variable point of resistance tells drivers the maximum amount of electric power is being delivered.

Additionally, a double pulse recommends the driver take their foot off of the accelerator, which turns the internal-combustion engine off. The system works in concert with the head-up display, which also provides prompts as to when the driver may be approaching scenarios where coasting is acceptable to activate the S560e's regenerative systems.

It wouldn't be an S-Class without high volumes of standard equipment. The 2018 S560e arrives with plenty of luxurious touches, but now features standard pre-entry climate control, which puts the cabin at the driver's desired temperature ahead of a trip. It can also activate the various heated elements in the S560e as well, including the seats, steering wheel, arm rests, and more. If ventilated options are equipped, they may also be activated as well.

Mercedes says the new plug-in hybrid powertrain is scalable and will be transferred to other models within its vehicle range.