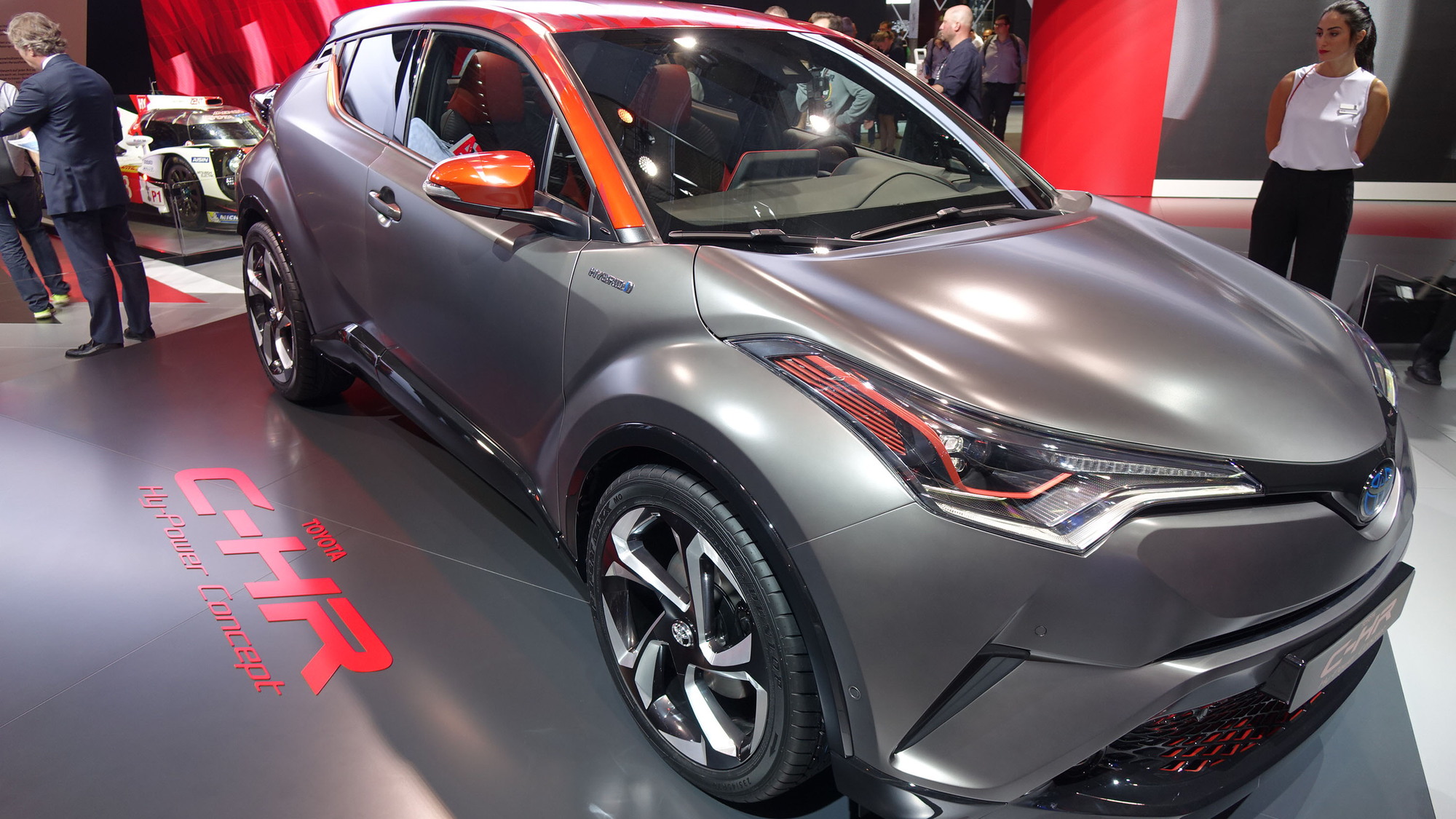 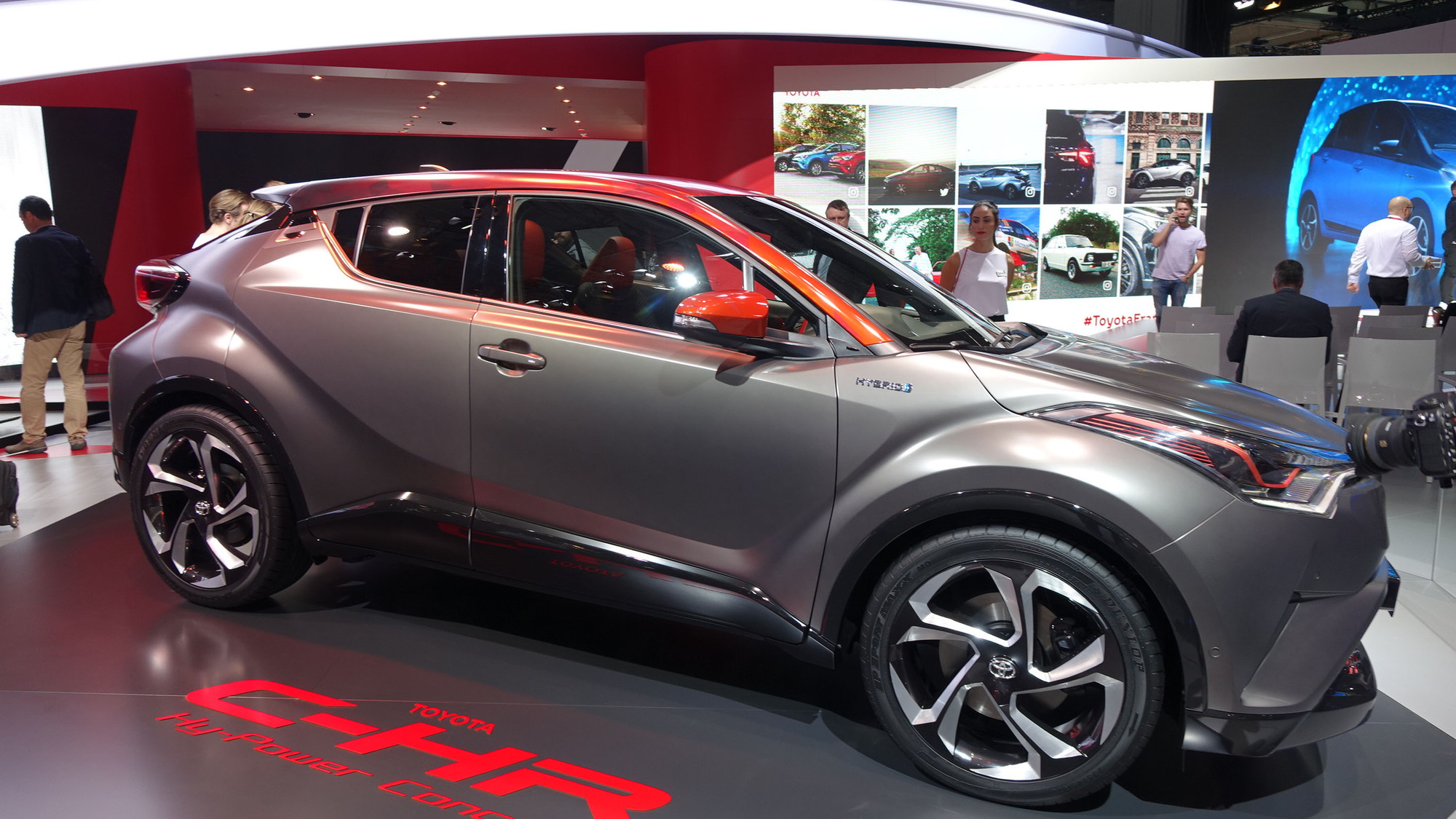 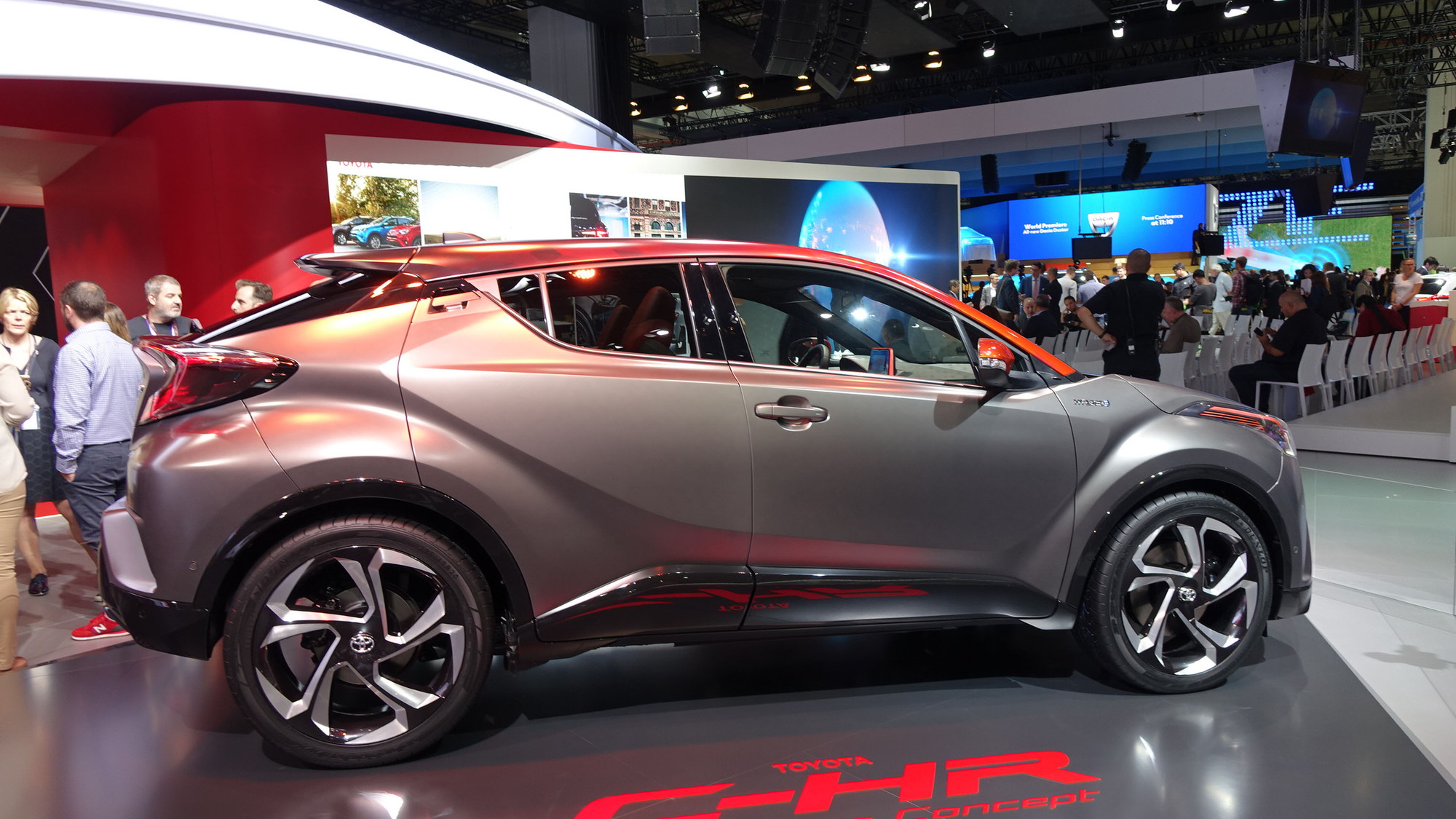 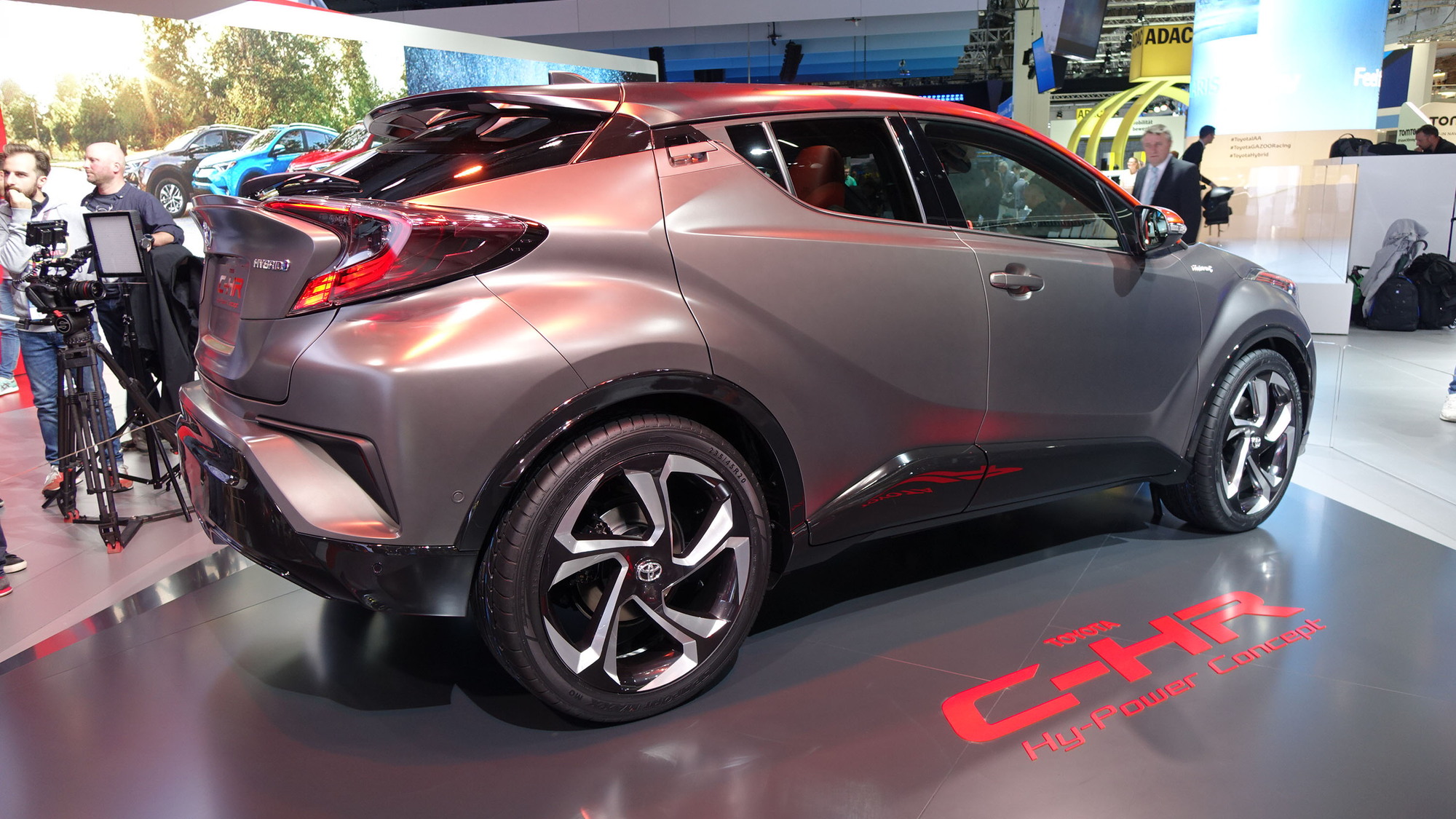 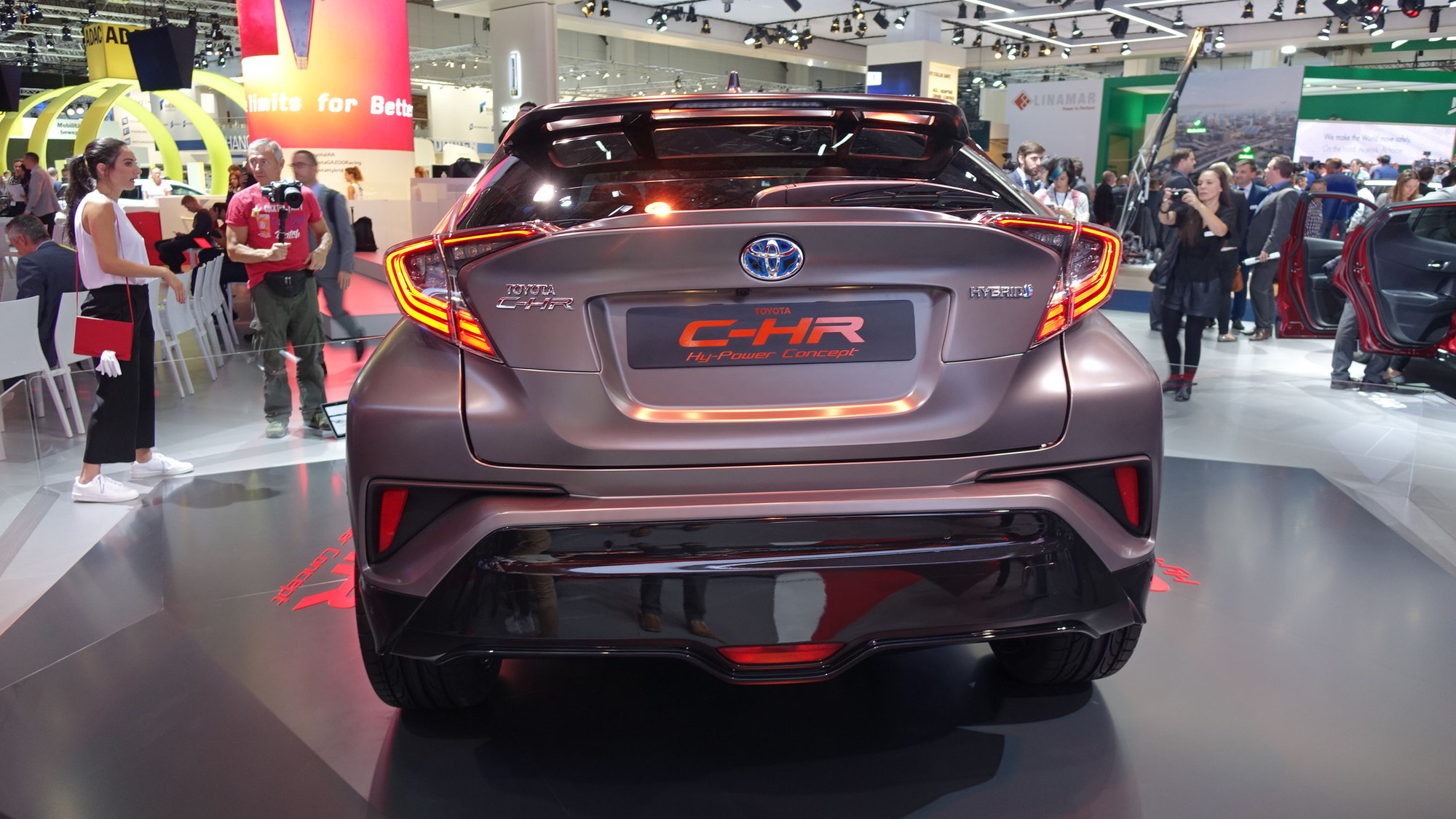 The Japanese automaker announced it will introduce a performance-oriented line of hybrid vehicles in the near future, an area it's been a bit late in the game. The announcement coincided with the reveal of the Toyota C-HR Hy-Power concept at this week's 2017 Frankfurt Motor Show.

“One [line] will provide the traditional benefits of efficiency and fuel economy, like in the current offer. The second will build on this, adding more power and a more dynamic driving character,” Toyota Europe's chief, Johan van Zyl, told Automotive News Europe (subscription required).

The C-HR Hy-Power concept is meant to hint at the direction a new sporty line of hybrids will take. The concept car features Toyota's latest hybrid powertrain and is said to be more powerful than the current C-HR's powertrain. The C-HR is already offered as a hybrid in Europe.

Toyota didn't discuss specifics but did say more information on the sporty hybrid line of cars and the hybrid system itself will be revealed in early 2018. It could be similar to the F Sport packages offered on many Lexus vehicles in the U.S. These tend to feature suspension upgrades and sporty interior and exterior cues. While the F Sports don't add power, van Zyl did say the second hybrid line will get more power, though we don't know how much. Given that the C-HR is the vehicle chosen for the announcement, we doubt Toyota is talking about full-on high-performance hybrids like the Acura NSX.

In addition to the powertrain, the C-HR Hy-Power shows off unique design elements that are inspired by "natural forces that turn carbon into diamonds." This led to the diamond design motif and color palette.

Toyota hinted the automaker will need to rethink its engine offerings as it makes a switch to a second line of hybrid vehicles. Toyota's European development chief, Gerald Killmann, used the Auris for example. The Auris features two gasoline engines, a diesel engine, and a hybrid powertrain. He questioned if there are too many options and noted the answer may be in a second hybrid powertrain.

Toyota will also debut a performance sub-brand this month at a special event in Japan. Whether the sporty hybrid line mentioned by European executives has any relation to Toyota's upcoming Japanese announcement remains to be seen.