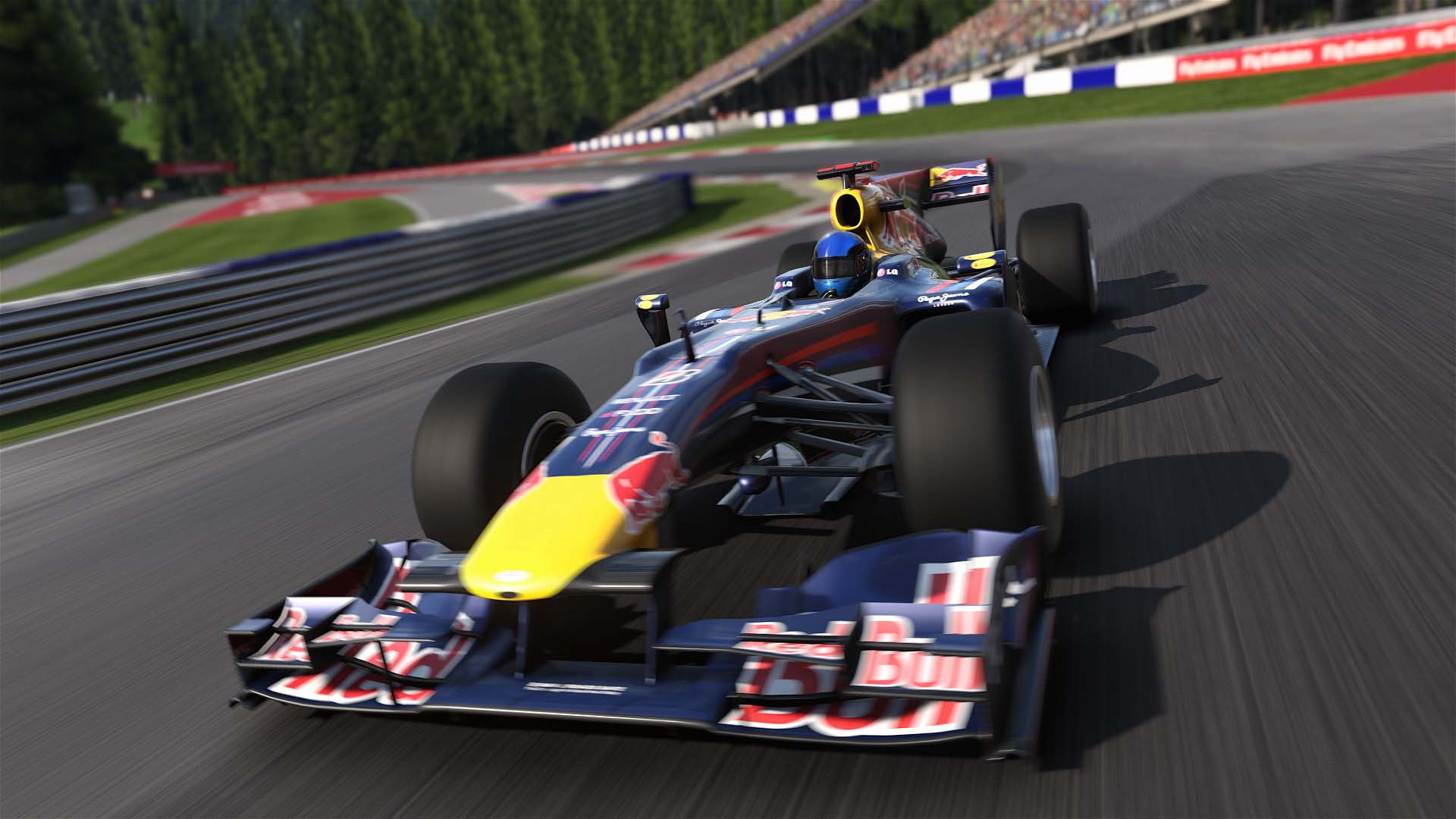 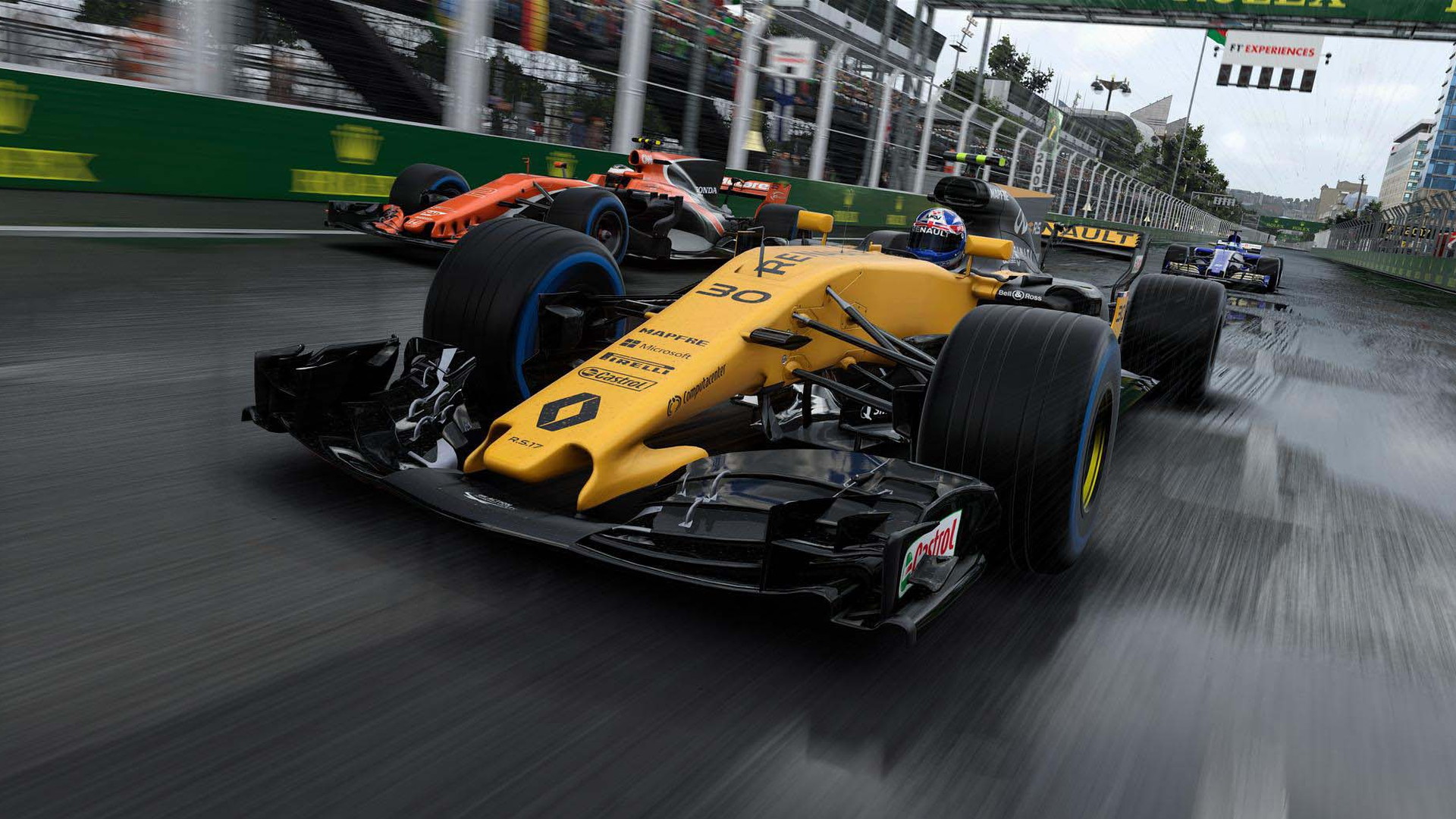 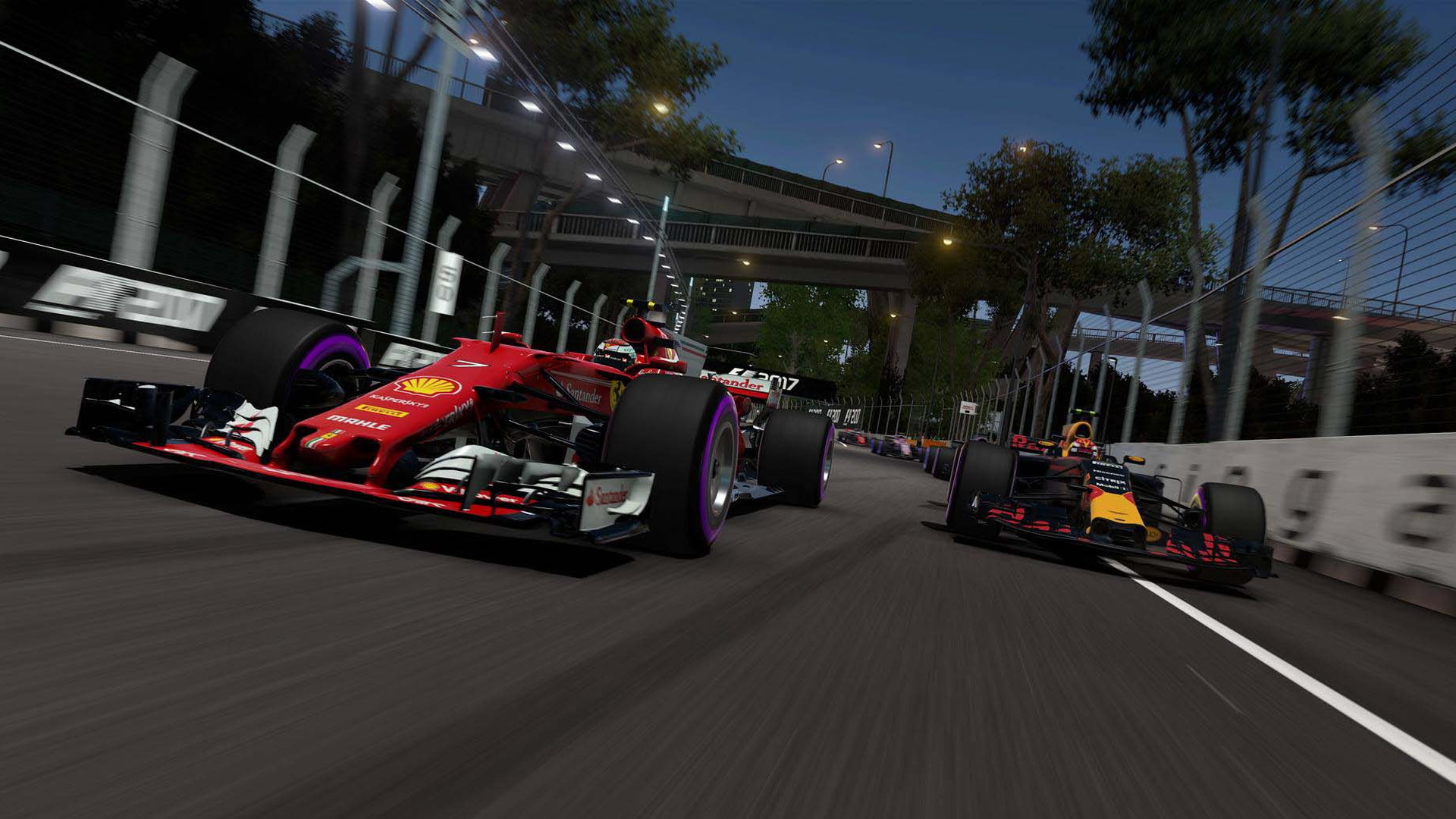 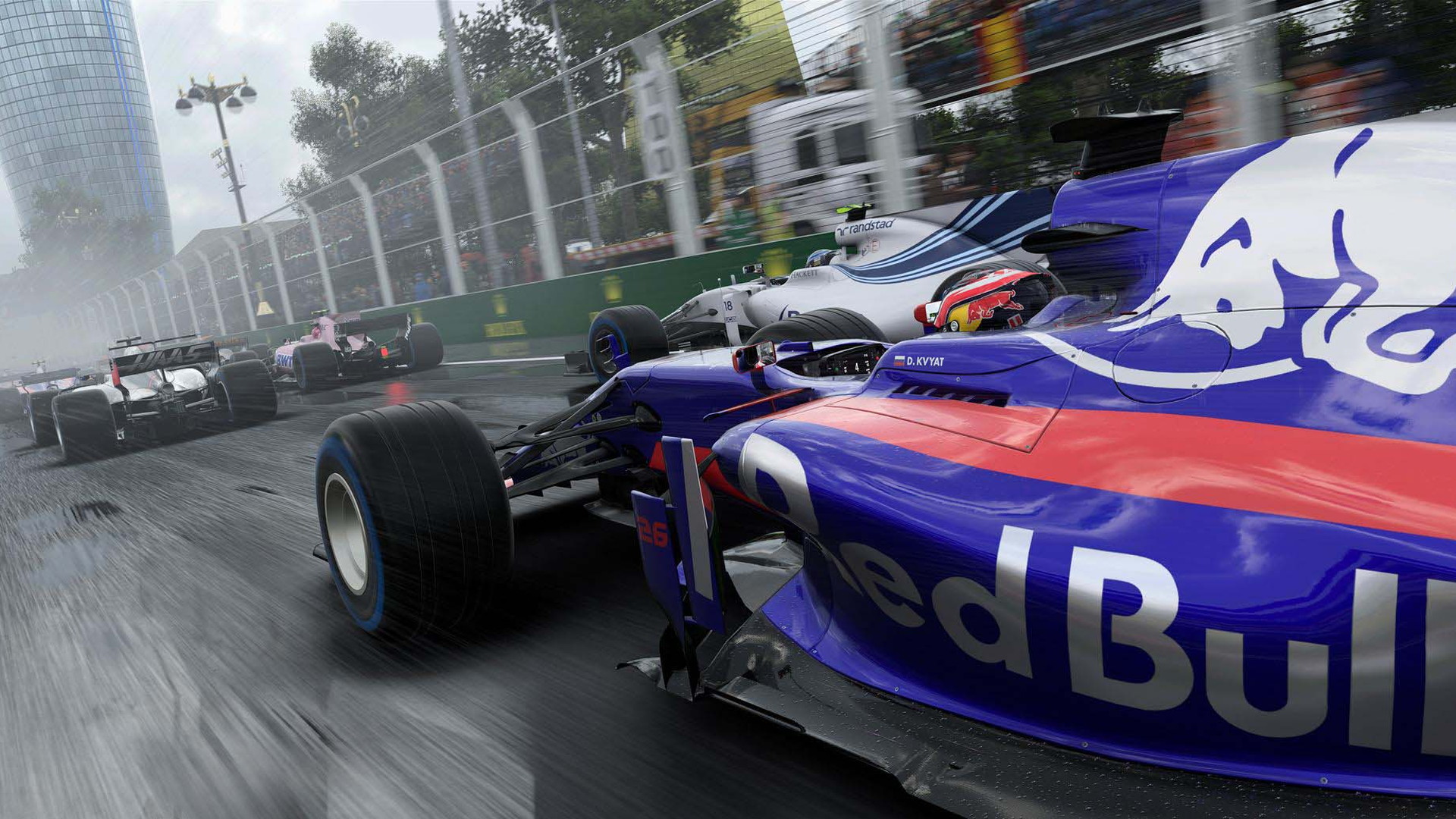 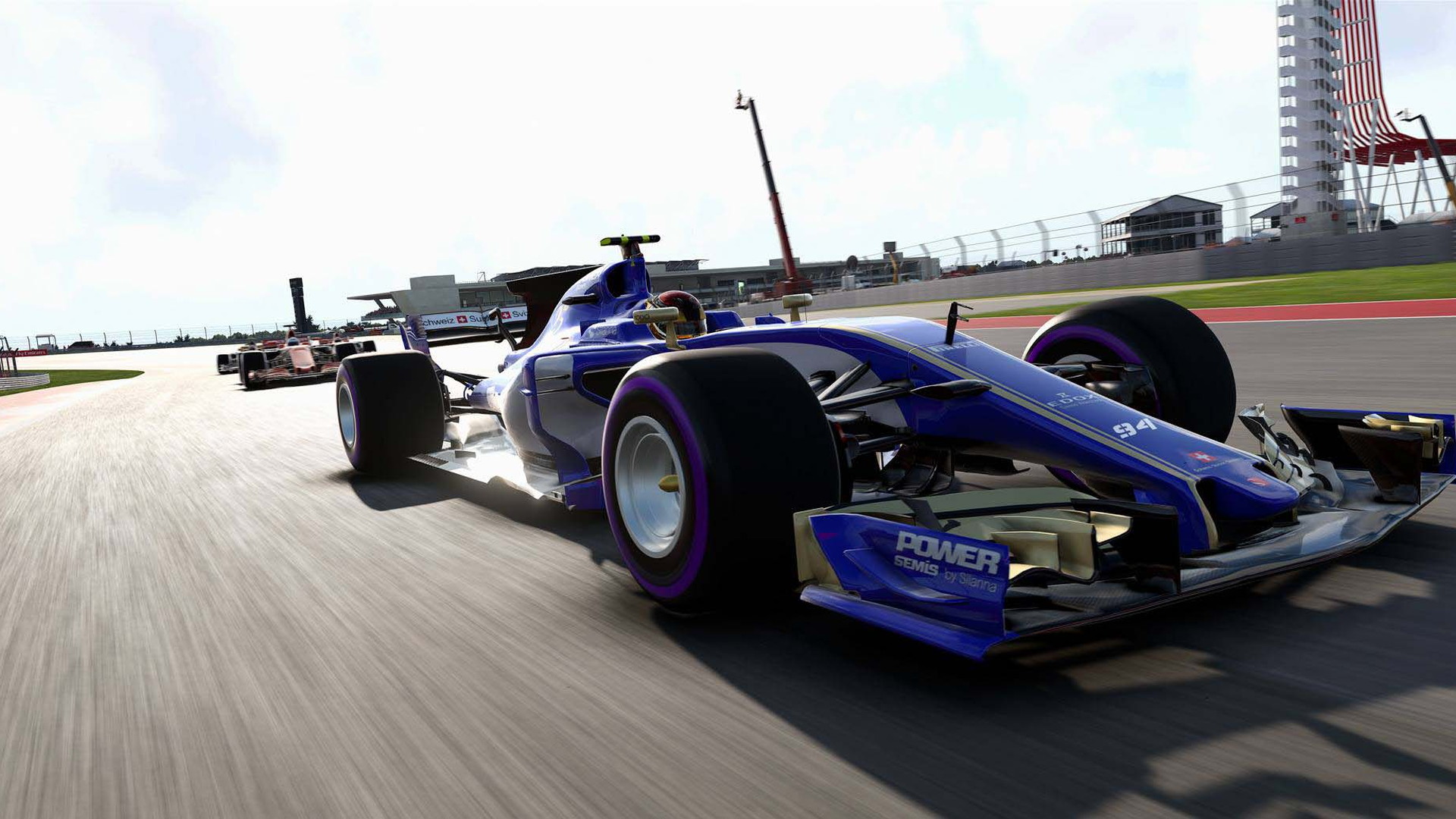 Formula One is still the pinnacle of motorsports, despite all its faults.

How do I know? With just a week left of F1’s annual summer break, my shakes have finally eased to barely, semi-violent convulsions. This is progress, people.

The pangs also have been subsided by Codemasters' yearly release of the officially licensed F1 video game, this year's “F1 2017.”

Ever since Codemasters pushed back the release of its F1 title further into the racing calendar a few years ago, the video game has been a salve for the lack of real-world racing.

The newest iteration melds the current world of Formula One techno-wizardry with a handful of classics and an emphasis on deeper career progression. New (for some) Event and Championship modes offer varying degrees of race setups to subtly change the formula for casual racers, but neither deliver the depth and breadth of the Career mode, likely the game’s  bread-and-butter mode for most owners.

Saying that, however, would require putting a finger on what the game does best, which isn’t easy to do for seasoned F1 fans. Where “F1 2017” excels is in showcasing the speed and rapid-fire directional changes of a $15 million (or more) race car. What it lacks is any drama associated with that speed: on- or off-track. Codemasters’ annual series has outpaced the competition in speed, but lagged in substance. “F1 2017” tries valiantly to keep the former and add more of the latter, but its success will be almost wholly based on how closely you follow the series.

The game starts with a driver selection system that lets racers pick their avatar (male or, new for this year, female), helmet color, nationality, and number. F1 fans will immediately know why No. 1 isn’t available at the outset (it must be earned with a championship win) nor No. 27 (Senna).

From there, the game steers most users directly toward Career mode, a 10-year window to race, win, and develop your own car into an F1 legend. Unlike previous years, which asked drivers to participate in a tutorial program that teaches skills like DRS, cornering, or overtaking, “F1 2017” throws users into the fire, feet first: pick your team and head to Australia.

The lost step of earning a team through training is good and bad. For experienced players, few things were more annoying than waiting for the game to load, braking after a straightaway in 15 seconds, and waiting longer for the next task. It also does away with the merit-based team selection system that placed drivers in backmarkers or top-tier teams based on performance. Career mode drivers can opt for Ferrari or Mercedes-AMG at the outset—no working your way up the ranks, pal.

Like last year, a fairly thin player progression system starts by introducing you to your agent, your team, and the various locales from which to look at the same laptop screen: hospitality, truck, office.

Regardless of location, the player’s laptop becomes a gateway for various race or research and development tasks, including a vastly expanded upgrade system with a spider web of engine, chassis, reliability, or aerodynamic upgrades.

It’s here that the career improvements are apparent. Through task completions in practice, qualifying, and racing, players get tangible upgrades—kind of. More on that later.

Moving into the race weekend, drivers are greeted with the same menu system as before: car setup, race information including timing, and the deed itself.

Codemasters added more development programs to make practice more useful this year, including a fuel management program and race strategy program to the usual lineup of tire management, qualifying pace, track acclimatization, and overall goals. The additions help make practice sessions useful; many development points can be scored by successfully completing the tasks. Unfortunately, like the fuel management program, the tasks can become rote and largely unhelpful. Fuel management nearly becomes a moot point by specifying more gas in the tank before the actual race.

Once you’re in the car, that’s a different story.

Behind the wheel, “F1 2017” will be nearly identical for annual fans of the series. For better or worse, the presentation hasn’t changed from prior years, save a frame-rate boost or HDR color tricks for enhanced gaming systems. (We tested the game on a PS4 Pro, where it understandably ran like a champ.)

Unlike other race sims, “F1 2017” doesn’t attempt to convey the sport’s insane speeds from any presentation angle. If you’re expecting the motion blur and gradual loss of peripheral vision at speed that, say, “Project Cars” offers from its helmet view, “F1 2017” will disappoint. If you’re expecting a rich aural experience that “Gran Turismo Sport” has teased us with, find some good headphones?

Instead, “F1 2017” focuses presenting the speed like you might see on TV—not from behind the wheel. Only the near-chase view offers any hint of the massive g forces at work, and it’s hardly perceptible.

In the same way that the game focuses on the speed instead of everything else, don’t expect many variations in the races.

After three grands prix in our testing, no safety car was loosed at Australia, Bahrain, or China—not even a virtual safety car. (Any F1 fan will say that the rate of attrition in Australia is usually 25 percent or higher—a safety car is almost a certainty at that race.)

Tire degradation was minimal, and despite warnings that our engines were nearing their effective ends, we found no loss of power.

It’s largely the same race experience as previous years, and although the AI can be dialed in to savagely attack your car at every opportunity, we had no problem on medium difficulty opening up a minute or more on our competition after 15 laps. In China. In a Red Bull racer. (None of that should make any sense.)

Newcomers to the series will likely be enamored with the near-constant 60 fps speed of the game, and the beauty of tracks like Azerbaijan and Mexico. Seasoned racers may grow tired quickly of more of the same, in the same views.

Like prior years, the F1 game isn’t without some quirks: fixable or not.

Our tester, which arrived early with a Day 0 patch, had small issues such as a driver dropping completely out of a car during a victory animation sequence, or missing audio.

The game’s commentators, David Croft and Anthony Davidson, don’t offer much by way of insight. And the game’s voice recognition system hears ghosts. Or itself. But it’s certainly not listening to me.

The expanded upgrade system is a great addition to the game, when it works. We spent all of our race warchests on three specific upgrades, only to have two fail on delivery. No refund of points, no explanation, just try again. Batting .333 may work for some games, but in "F1 2017" that kind of failure rate is downright annoying.

Our biggest headaches came not with bugs, but rather the game’s AI. Set to medium, racers unpredictably followed blue flags—or not at all. Set to harder modes including expert or legendary, other racers vigorously hunt and chase like mall cops in go karts.

Collision physics aren’t entirely realistic either—it’s bumper cars until it tacos a front tire. Small damage is hardly noticeable, but without a wing the race car tracks like a drunk uncle.

The F1 series has undoubtedly come a long way, into the current console generation, since its debut in 2015. Unfortunately for devoted fans like yours truly, it hasn’t gone much further than that.