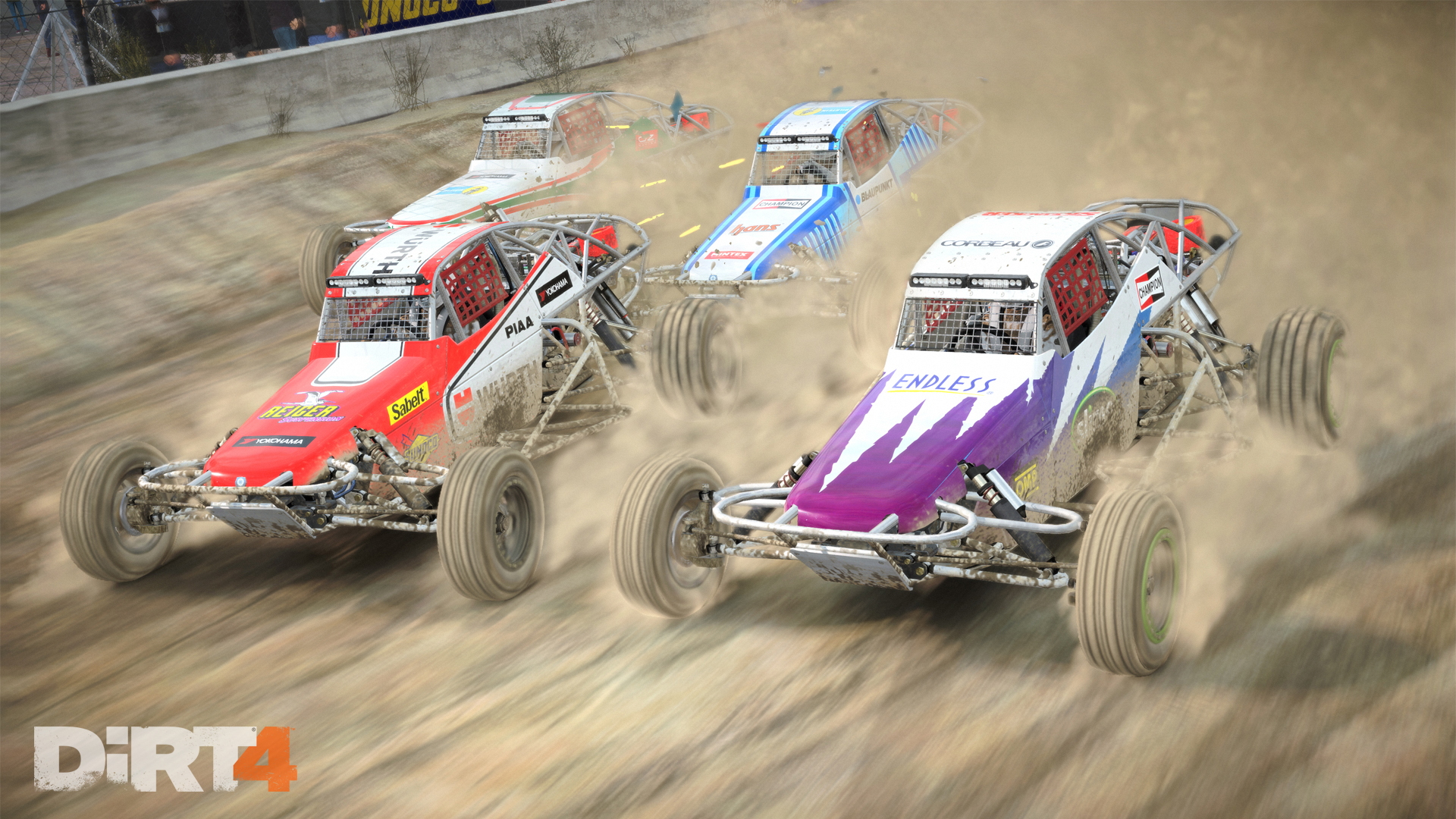 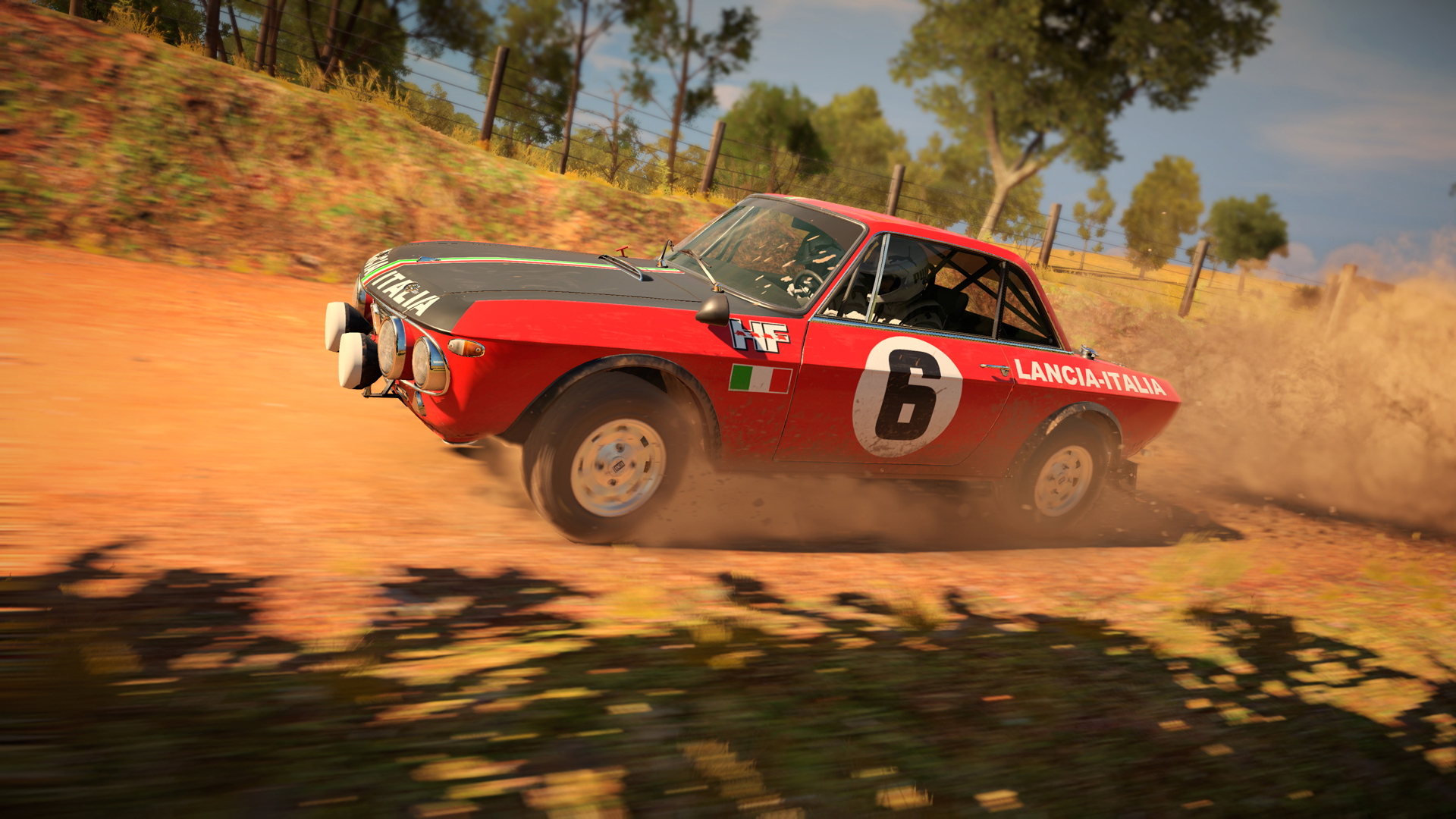 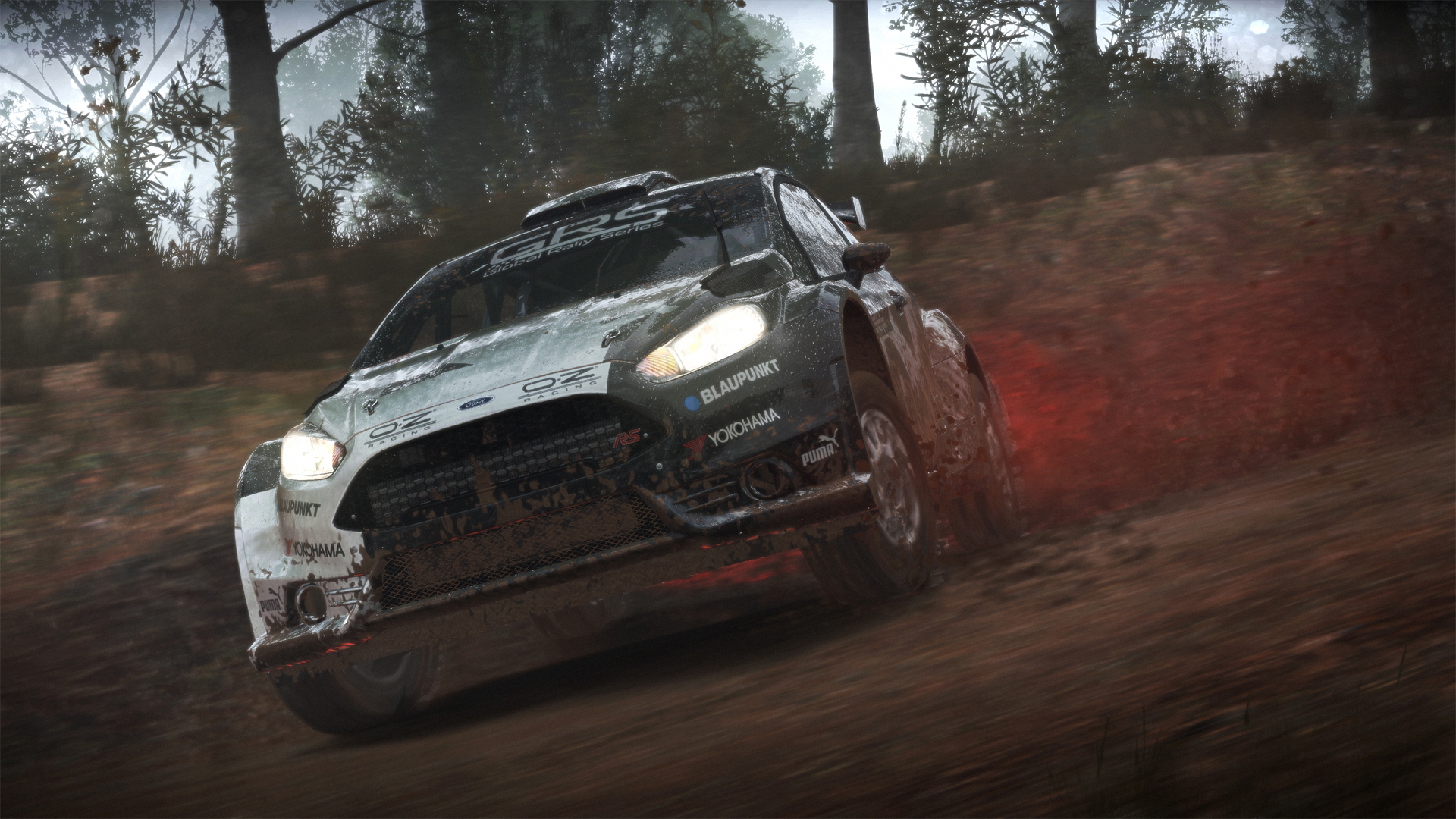 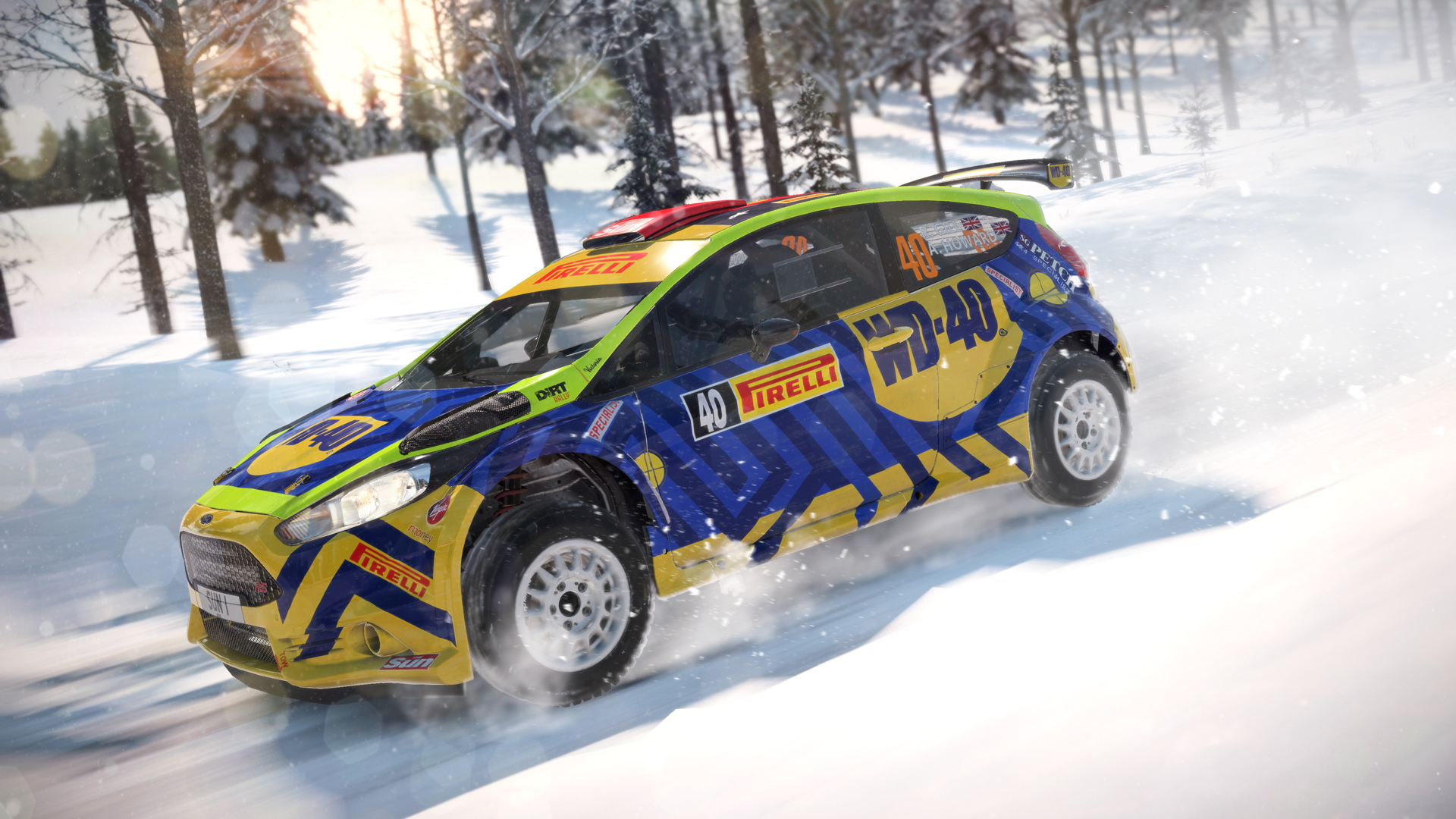 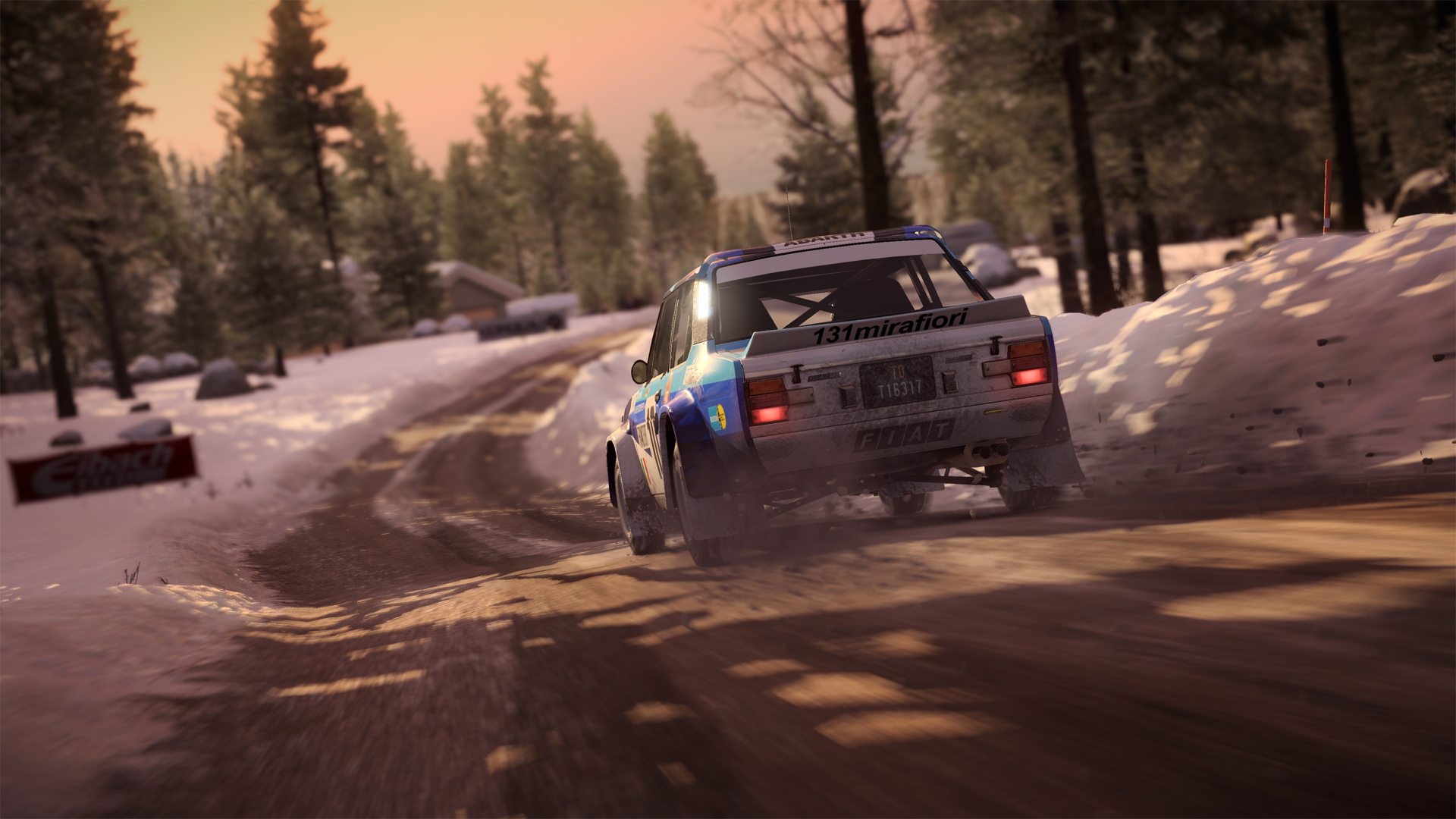 Codemasters' "Dirt 4" has beautiful graphics, immersive physics, delightful sounds, and intimidating weather. This isn't big news in a modern console-based racer. Where "Dirt 4" distinguishes itself is with a combination of accessible and advanced driving modes and an enormous variety of gameplay beyond a simple career simulation (which itself packs an immersive team management aspect). It's not better or worse than "Forza Motorsport" or "Gran Turismo," but it's refreshingly different and just as charming.

“Dirt 4” introduces gamers to rallying using a watered-down version of the driving lessons that "Gran Turismo" used. Split between computer-controlled demonstrations with narration from rally co-driver Jen Horsey and a series of practice runs, the Dirt Academy teaches the basics of rallying as part of a tie-in with the Dirtfish Rally School.

There are 27 different lessons covering everything from elementary braking to handling loose surfaces or water splashes, providing a groundwork that drivers can build on throughout the game. But the beautiful thing is that you don't really need these lessons. I only completed the Basic Driving and Advanced Driving courses before diving into the Career mode.

Like any driving game worth its salt, Career Mode represents the meat and potatoes of “Dirt 4.” Drivers start off in borrowed R2-class Ford Fiesta and Opel Adam hatchbacks running regional races. From there, gamers can progress through the ranks, earning licenses to move into national and eventually low-, mid-, and high-level international rallies. Along the way, additional series open.

The first is Land Rush, a stadium-based circuit series where gamers can run in high-powered off-road go-karts and bruising super trucks in wheel-to-wheel races that pay serious cash. Rally Cross and eventually Historic Rally follow, giving gamers access to enough different forms of gameplay that it's difficult to get bored.

When you start “Dirt 4” for the first time, the game prompts you to create a driver. Props to Codemasters for including the option to race as a woman and for including multiple ethnicities. The driver creation, though, is only the tip of the iceberg.

You start out as a contract driver, receiving offers from teams to compete on their behalf, where you'll earn a healthy cut of the winnings. Before long, you'll earn enough coin to purchase a vehicle—a simple R2 Ford Fiesta or Opel Adam—and that's where the fun begins. With a car in hand, gamers can start their own team, choosing a name, livery colors and designs, sponsors, and then outfit that team with personnel and facilities. Oh, and you get to keep a much larger portion of the winnings.

This provides an interesting strategy element for gamers. Instead of simply thinking about how I wanted one of the high-end Ford Focus RS RX rally cross cars, I had to figure out where to spend my winnings to keep my momentum up. Was I taking too much damage during races? Maybe I should upgrade my repair facilities or engineering team. Was my car uncompetitive? Rather than buy a new one, let's figure out how to upgrade the turbocharger. "Dirt 4's" career mode is a racing game with a big strategy element, and I love it.


While I'm quite happy to prattle on about Career mode, “Dirt 4” wouldn't be worth the time if the gameplay wasn't enjoyable. And it is, once you get the settings right.

Trial And (Many) Errors

When you first start your driver training at the Dirtfish school, “Dirt 4” prompts you to choose between Gamer or Simulation handling styles. Simulation mode, unsurprisingly, is far more challenging.

I ran one of the game's short, early stages in Gamer and again in Simulation and I was more than 9 seconds slower in Sim. The car feels far much more sensitive, reacting to bumps and the road surface more dramatically, while steering inputs require a more precise touch.

Simulation is where “Dirt 4's” physics really shine. When your co-driver calls out “over bumps” in Gamer mode or you see a loose gravel course, you can basically ignore it, but in Sim, you do so at your peril. The car dances aimlessly on washboards in Sim, particularly through bends, and it's much more willing to slide. “Dirt 4's” in-game physics are nearly as ruthless as in the real-world. But the dirt is only one element to contend with—snow and tarmac courses pop up in some of the game's other locations, just waiting to force drivers to relearn everything about their car.

Cheers Codemasters: Gamer and Simulation are perfectly balanced between accessibility and challenge.

Once you've hammered out your handling style, you can select from a range of driver assistance settings, but the most important one is how your co-driver reads out pace notes. Codemasters provides a simple slider for pace notes—move left for earlier and right for later. It's the most important setting in the game.

Finding the right setting for your personnel driving style takes a lot of trial and error. My slider, for example, sits almost exactly between the midway point and the Later side of the scale, otherwise I have a difficult time associating the pace notes with the actual features on the track.

“Dirt 4” has over 50 vehicles to choose from. Want to fling an Audi Sport Quattro S1 through the Welsh countryside? Go for it. Feel like taking a drive in the truly wild Global Rally Cross RX-class vehicles? It's a hoot. Want to bound over jumps in a big, dumb, 900-horsepower pickup? “Dirt 4” will accommodate you. If it's tangentially related to rallying, “Dirt 4” has a vehicle and a driving mode for it.

The Joyride tab of the Events screen has 11 “chapters,” if you count the Gymkhana-like free roam mode. Each chapter (aside from free roam) includes six challenges focused on a single vehicle or vehicle type. In Time Attack, you'll need to run a certain number of laps around the DirtFish school in Washington, collecting coins to subtract time and avoiding penalty markers that add time, while Smash Attack is even simpler—smash a bunch of boxes before the clock runs out. Each challenge has a bronze, silver, and gold ranking, so it's easy to pour a lot of time into these 60 challenges.

If you manage to finish the career and Joyride modes, the Freeplay tab will easily keep gamers hooked. To simply describe Freeplay—that it's a make-your-own championship—does it a disservice.

Gamers can choose one of the four disciplines, add six events, and within those events, add 12 separate stages (for Rally and Historic Rally only). From there, they can choose any course they've played, or go through and generate a completely random stage, choosing the length, complexity, time of day, and weather. Land Rush and Rally Cross, though, are limited to time of day and weather at one of the game's pre-determined circuits.

The important thing about Freeplay, though, is that it pays cash just like the Career mode events. You can use money earned from your own custom championships to buy new cars and upgrade your team and staff, just like in Career. In other words, “Dirt 4” never needs to end.

“Dirt 4's” variety of gameplay modes, the same immersive physics Codemasters employs in its "F1" franchise, and gorgeous graphics are expected today. But an easily adjustable handling mode is more accessible, and engrossing strategy gameplay brings a new element to virtual racing, while "Dirt 4's" rally theme provides a tighter focus on cars and events than mainstream competitors. If you're tired of waiting for the next installment of “Forza Motorsport” or “Gran Turismo” to drop, “Dirt 4” is just the game to scratch your virtual racing itch.

“Dirt 4” is available on Xbox One, Playstation 4, and Windows PC on June 9.