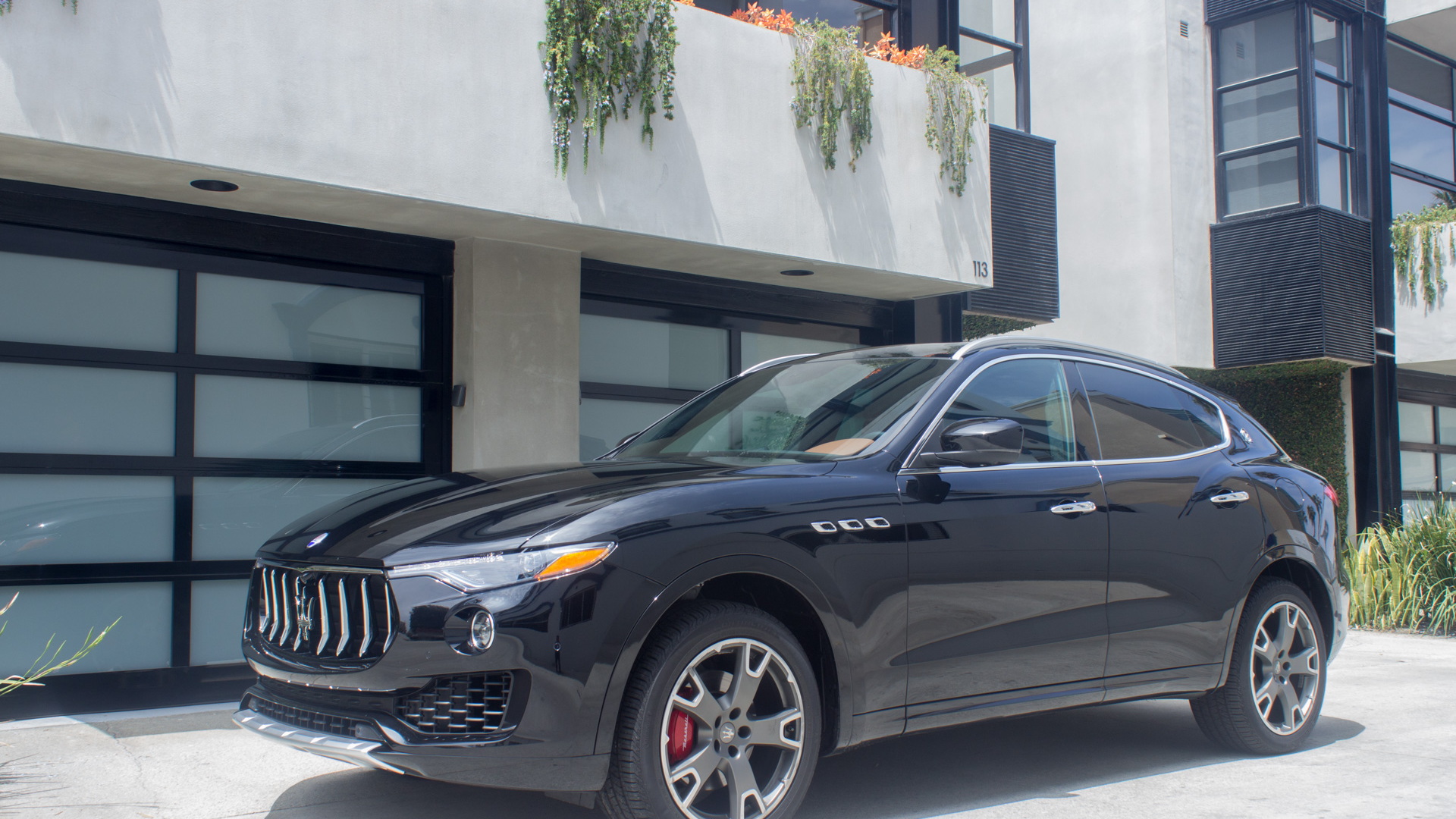 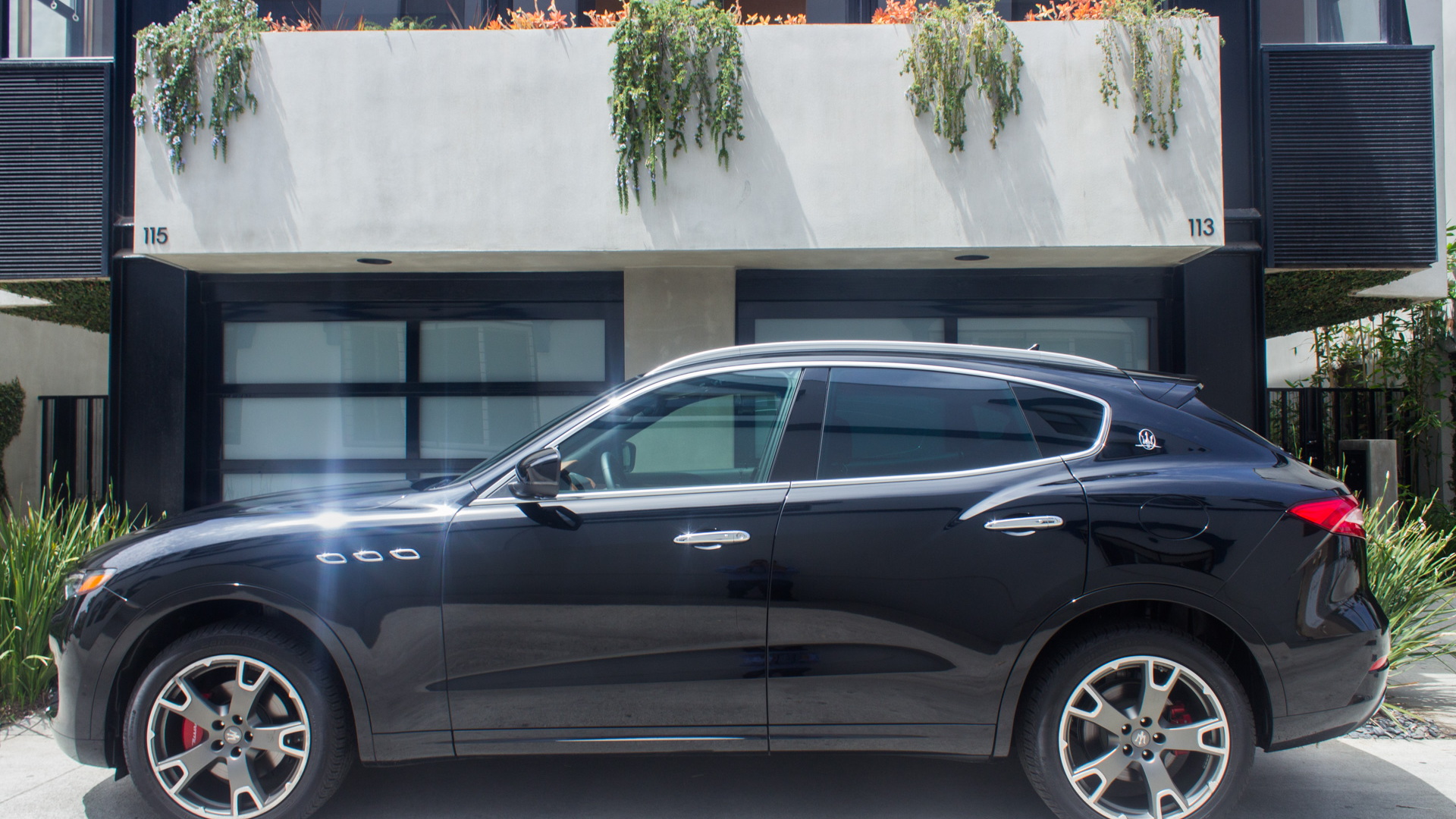 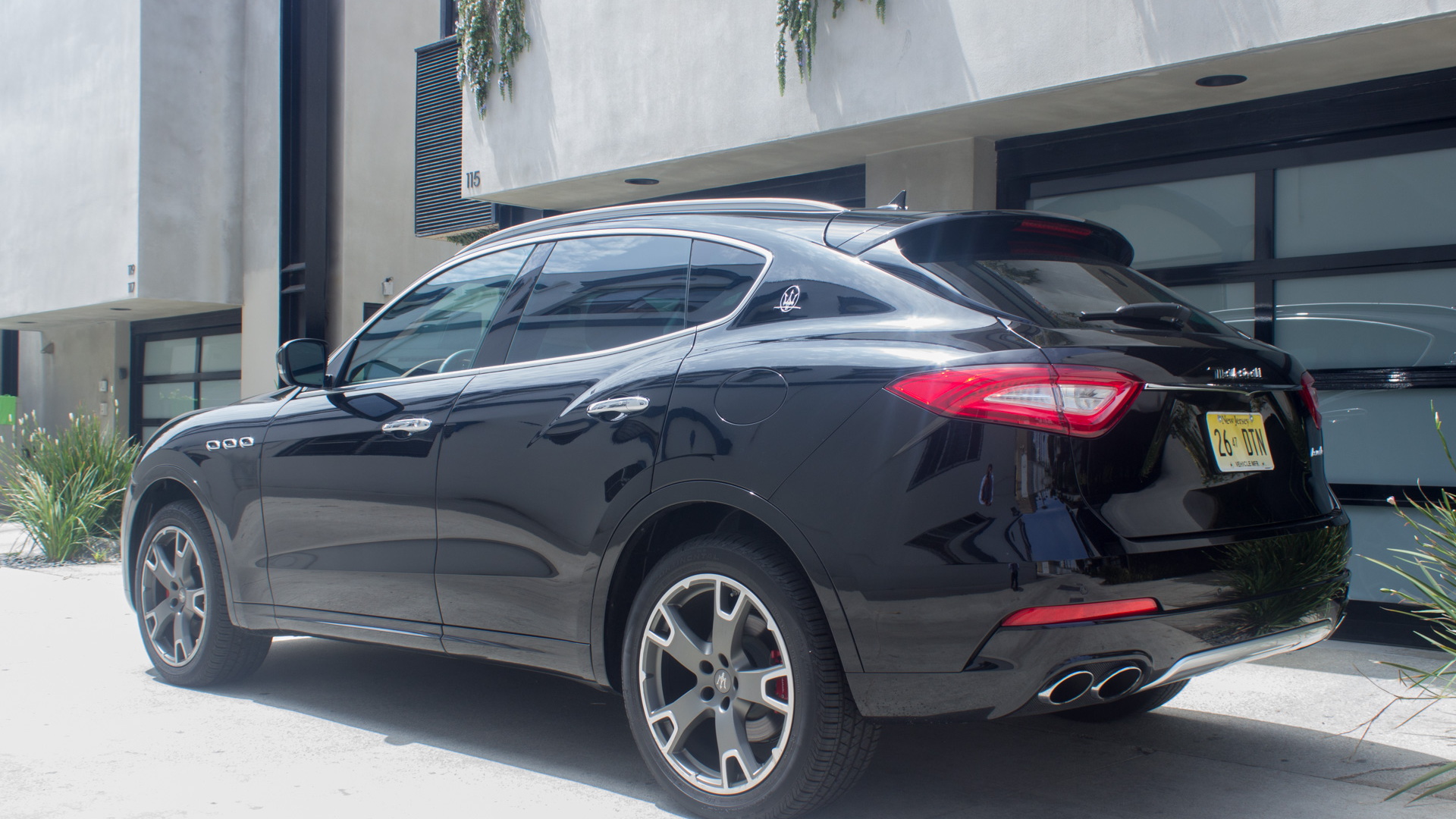 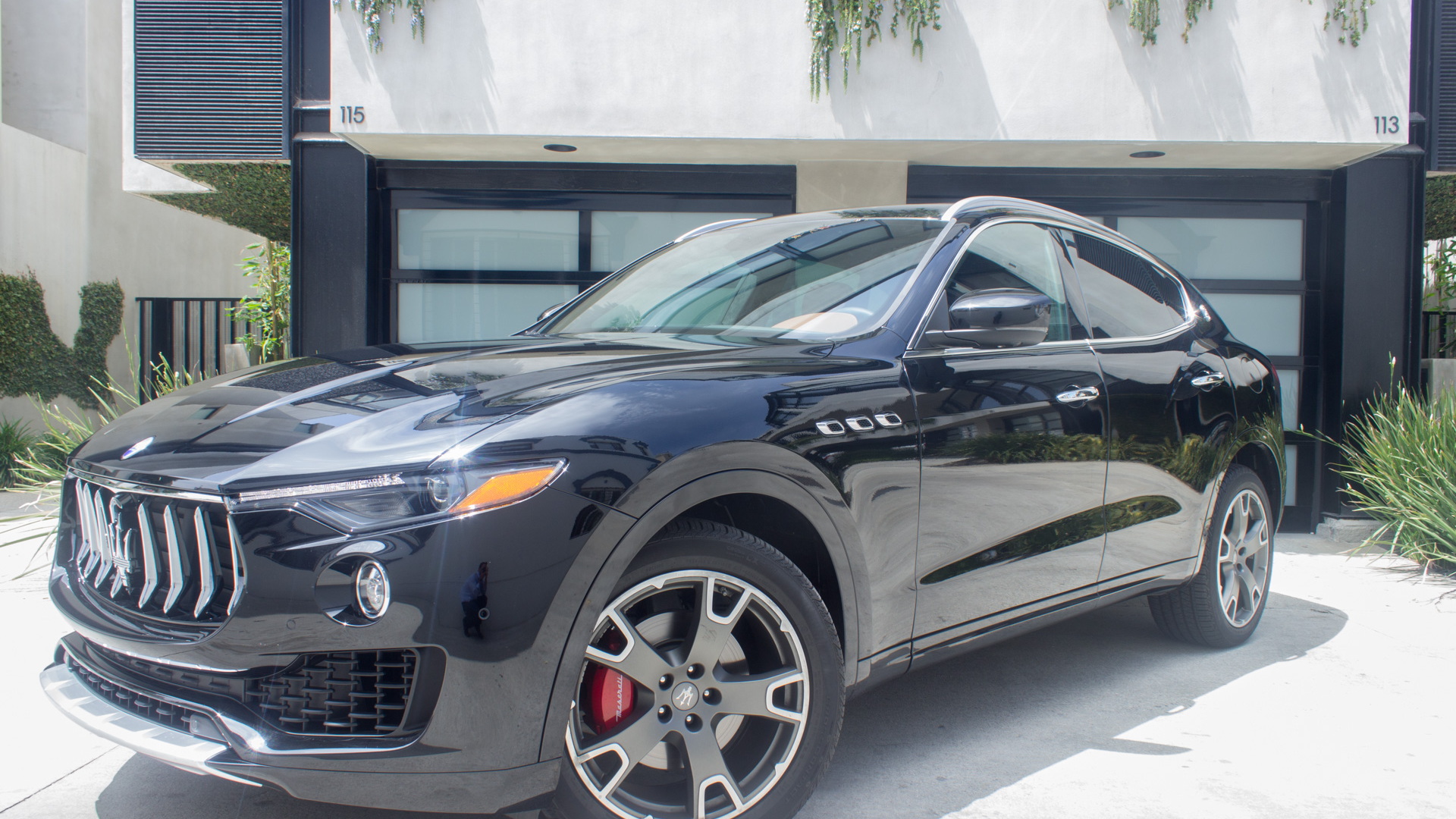 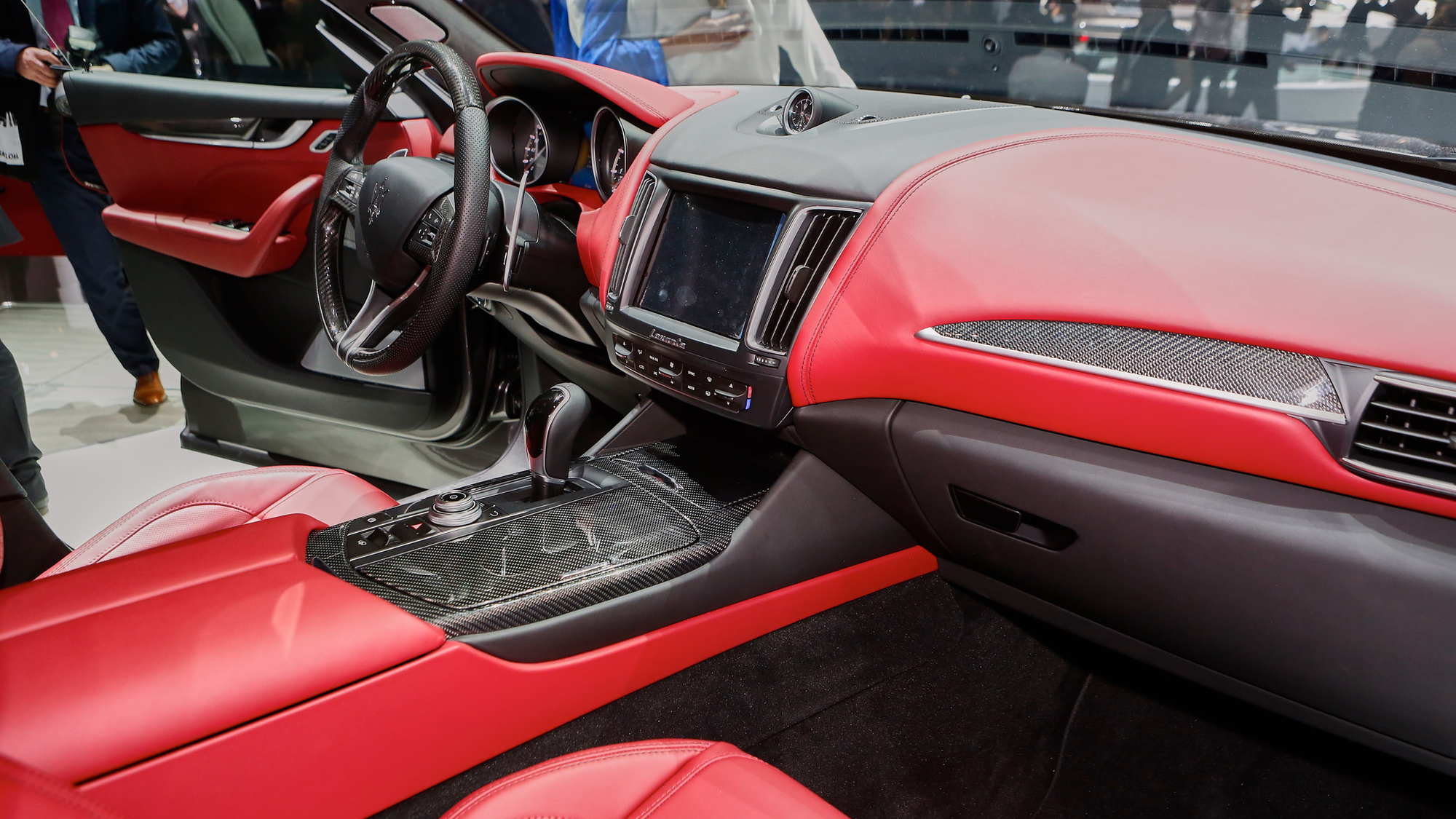 Check the tape: Maserati owned the U.S. comeback before Fiat and Alfa Romeo crowded into the party.

Trident-clad cars could be found roaming streets in the U.S. for more than a decade before Alfa Romeo returned.

Yet, despite being the elder statesman at the ripe old age of 15, Maserati had to wait far too long for its turn in the SUV luxury war of attrition.

One SUV is good. Two is better. Twenty is probably best.

Even still, the 2017 Maserati Levante is, for now, our only look at what Italy calls a luxury SUV.

For the record, it’s gorgeous. Daylight runs around the organic shapes in ways that attract stares and whistles at stoplights.

Let’s go further: At a stop, the Levante emits a carnal growl that even rises above a Los Angeles rush-hour din. The slow, low-frequency burble doesn’t rocket from the Levante’s quad-tipped tailpipes as much as it wafts like a cold breeze in a warm room. Both cause shudders.

Maserati may have hightailed it from the U.S. in the 1990s for making prima donnas, but this Levante still knows drama.

I’ve gotten ahead of myself.

Back to the future

The Maserati Levante first arrived at the 2016 Geneva motor show. A way for owners to view it from the outside and still drive it should have arrived shortly after.

The Levante shows off a decade or more of greatest hits from the Italian firm. Its shoulders are straight lifted from the current Quattroporte, its flanks borrowed from the GranTurismo, and there’s even a little Alfieri in the low, dropped nose, to my eyes.

Even in my tester’s hopelessly rich and dark Nero shade that swallowed all of the southern California sun, the Levante’s grace was blinding. 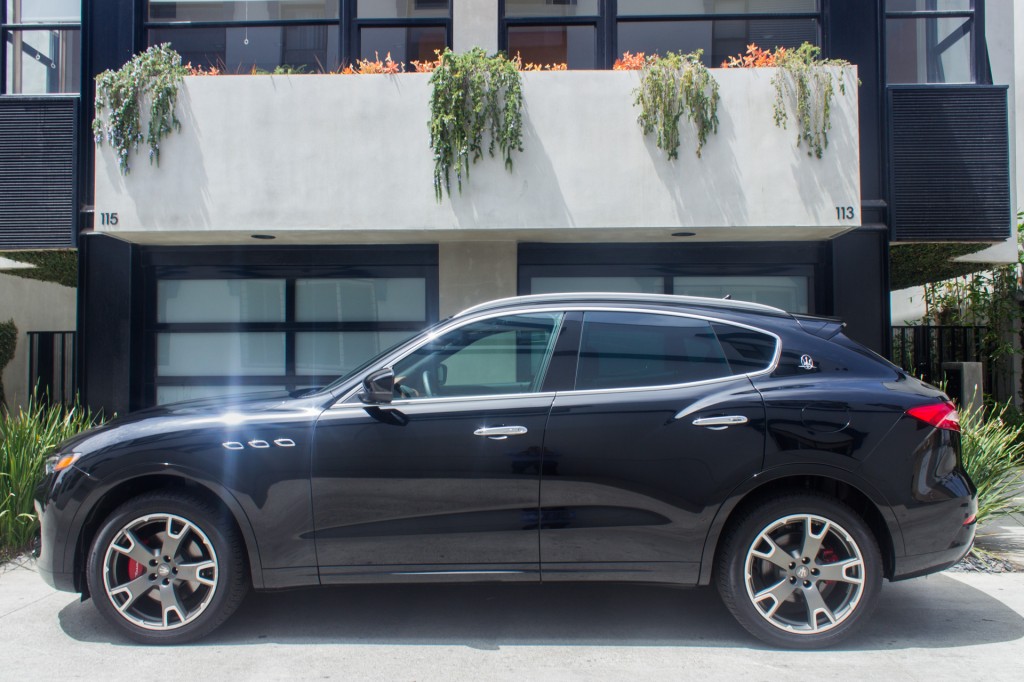 Blacked-out pillars effectively hide all that nasty glass in profile and reveal an unbroken chrome accent around the Levante’s windows ill-advised for people like me with hypertension. Sharp isn’t the right word; beauty like this is excruciating.

Beauty is pain. That will be important to remember for later.

Once the Levante roars to life the love affair continues, briefly.

The Levante is split into two trims, the Levante and the quicker Levante S, but both rely on the same hardware to get going.

A 3.0-liter twin-turbo V-6 is planted under the Levante’s long hood. It makes 345 horsepower in the Levante or 424 hp in the Levante S. Combined with an 8-speed automatic and standard all-wheel drive, the base Levante’s specs sound less “Italian” and more “accountant.”

It doesn’t run on 91-octane Brunello, nor are the tires made of Ferragamo super-wides. Aside from the sonorous rumble—that unfathomably retreats into a V-6 drone at speed—the Levante seems downright pedestrian.

Every Levante comes with a standard air suspension setup that can lift or lower it several inches, depending on application. Two off-road modes can add up to 1.5 inches to the standard 8.1-inch ride height, and two sport “aero” modes can drop nearly the same to cut a smaller hole through the air.

Aero 1 can be activated by the driver, or the Levante automatically hunkers down at 80 mph. Aero 2 is automatic, and happens at 115 mph or higher. Don’t ask. Just don’t.

But at any speed other than idle, the Maserati is a drama-free affair.

Maserati opted for a traditional hydraulic rack instead of electric power assist, and it feels like shaking hands with an old friend. Its effort is progressive, but still light, confident, and smooth. Double-tapping the Sport mode dials in a “sport suspension” mode, too, but it’s not needed—command and the Levante will respond, even in Normal mode.

Take off the makeup, and the Levante loses its luster.

Its $72,600 entry price never made promises of alabaster baths and diamond-plated shift knobs, but Maserati’s entry into high fashion with a relatively low price is evident.

Aside from some tridents on the headrests and a soft leather, there are few surfaces worth examining closely.

The wood accent on the cupholder? That’s thinner than sushi-grade ginger. The shift knob? It has a hollow feel like my dryer door.

Even the column-mounted stalks are dead ringers for those found in a Dodge Journey, and the gremlins mount.

My Bluetooth phone connection was sporadic (it was a microphone issue) and the infotainment system, which was borrowed from FCA right down to the same fonts, downright gave up on Apple CarPlay at one point.

As these things go, there’s economies of scale and that’s just fine if you’re shopping for the best deal on a Jeep Compass.

When it comes to a luxury Italian SUV—the first from Maserati—those foibles become big issues.

I just couldn’t help but feel that its shape is ageless, but the rest of it just needed more time.