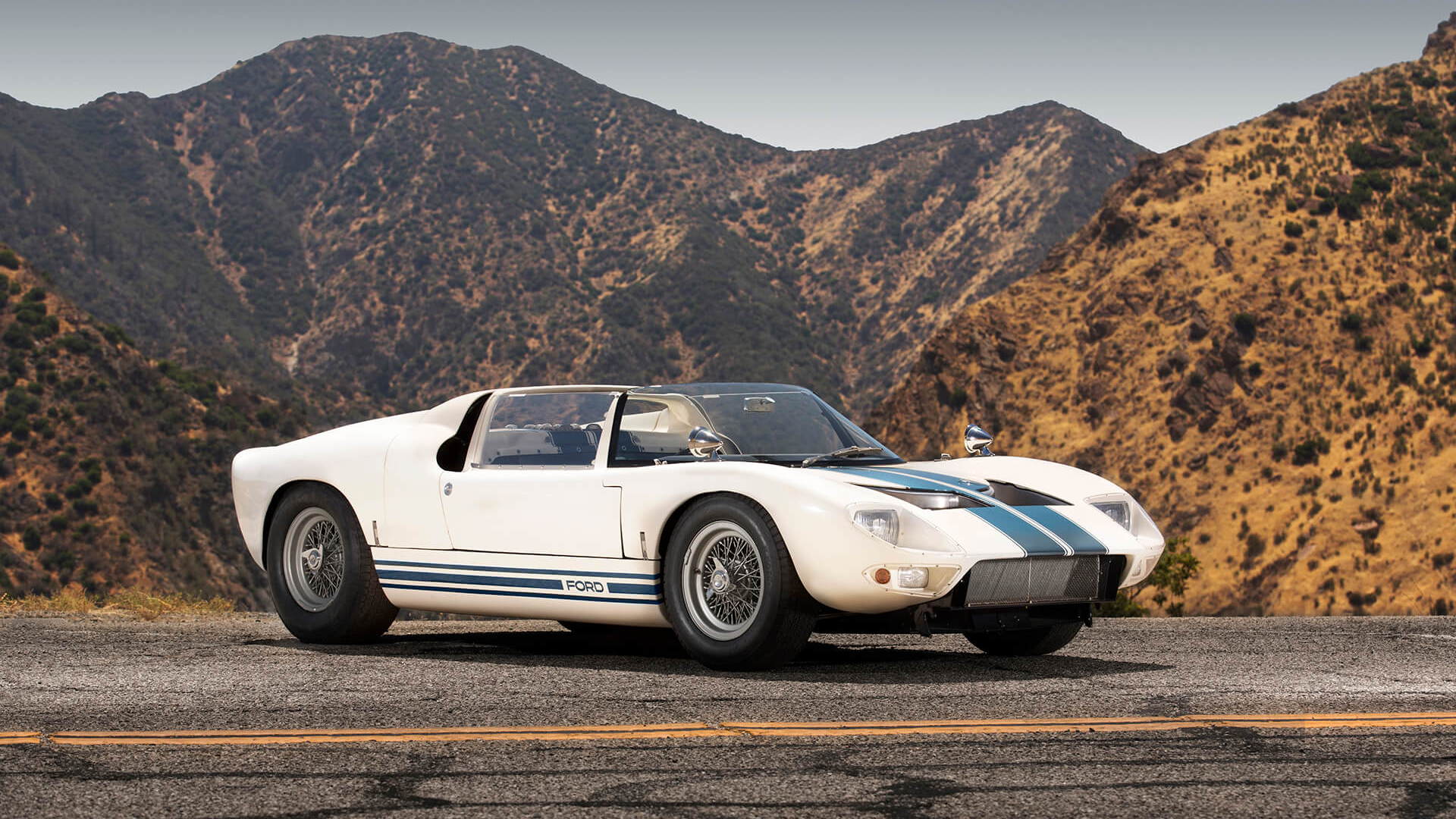 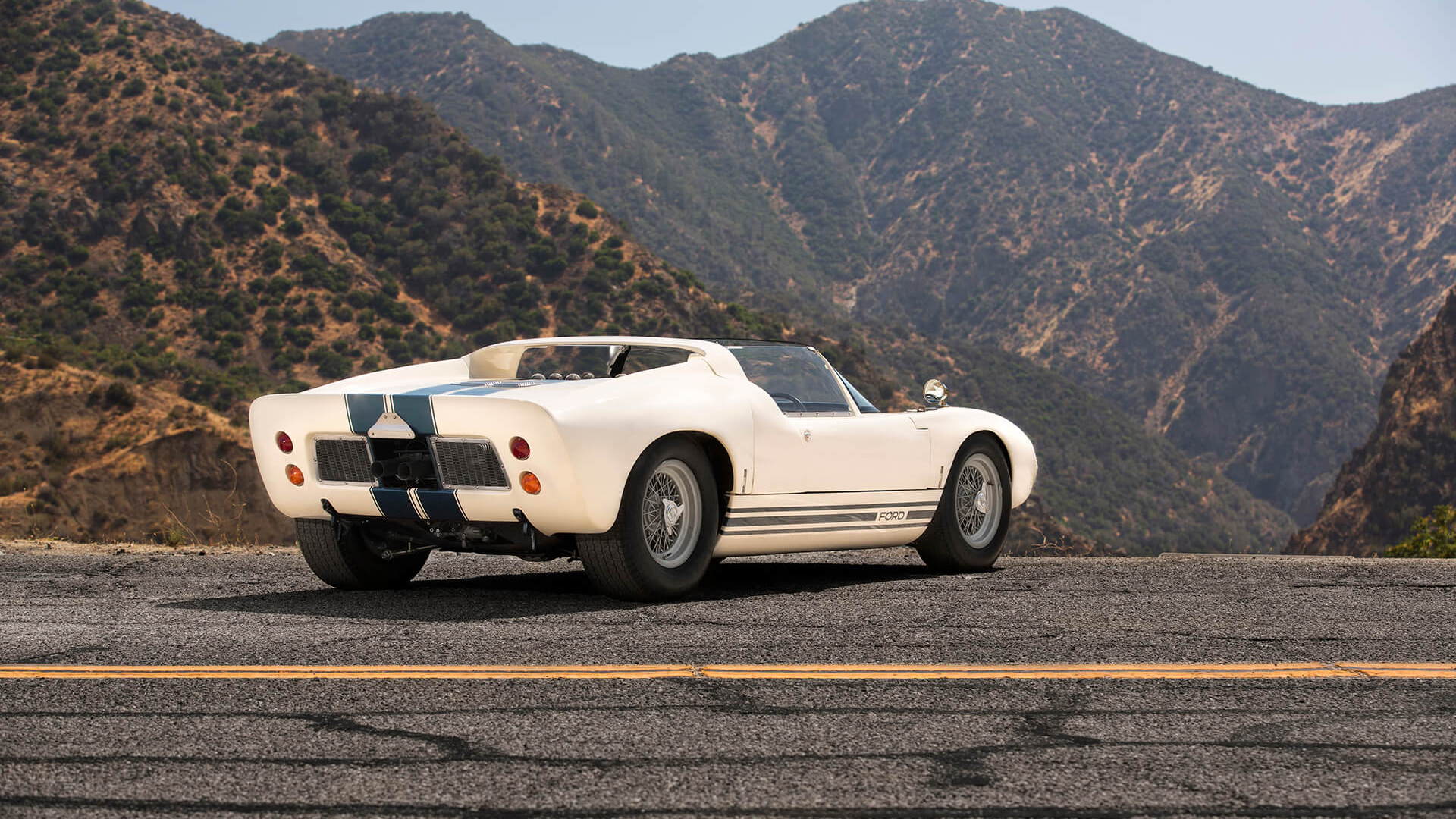 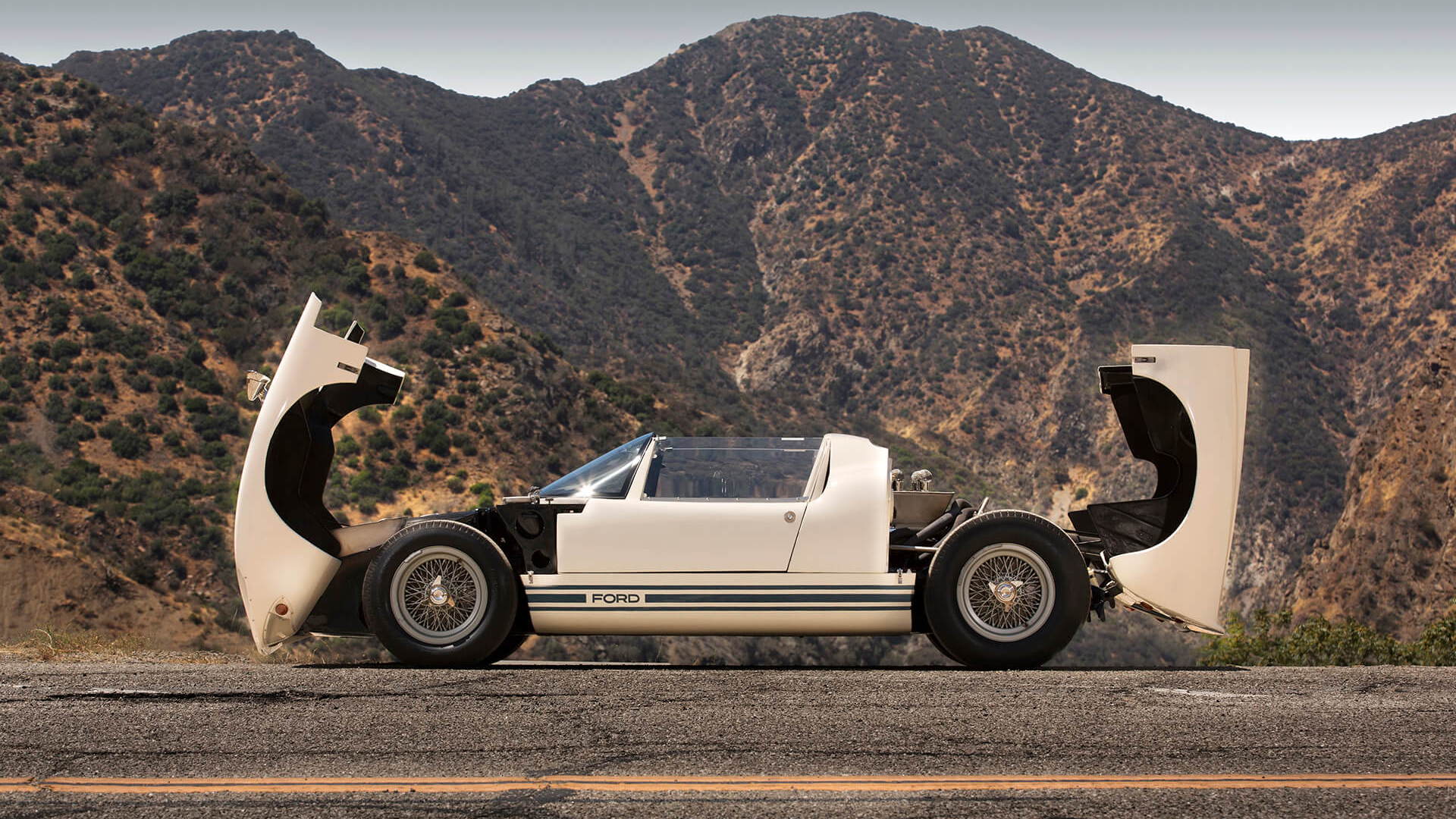 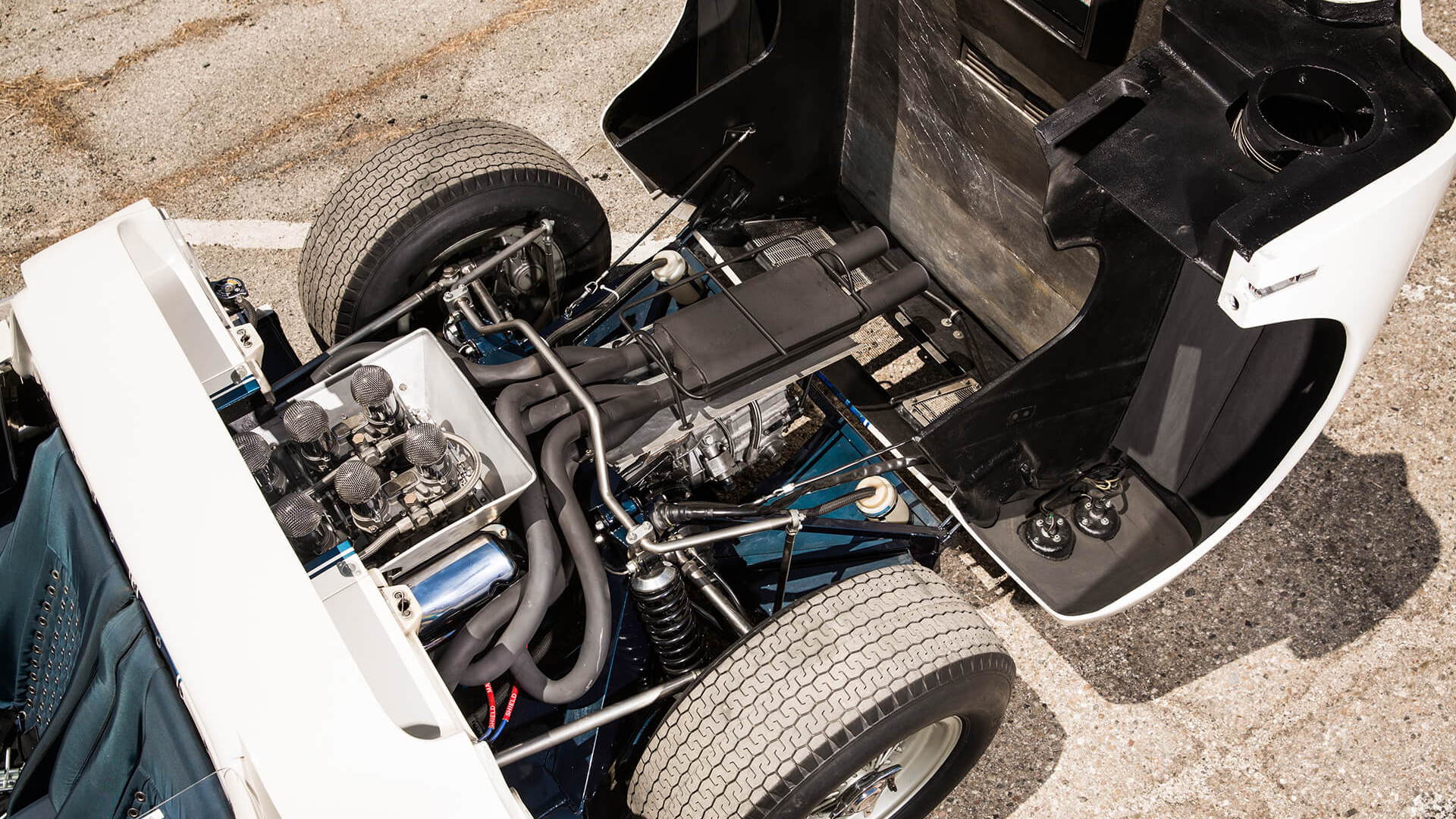 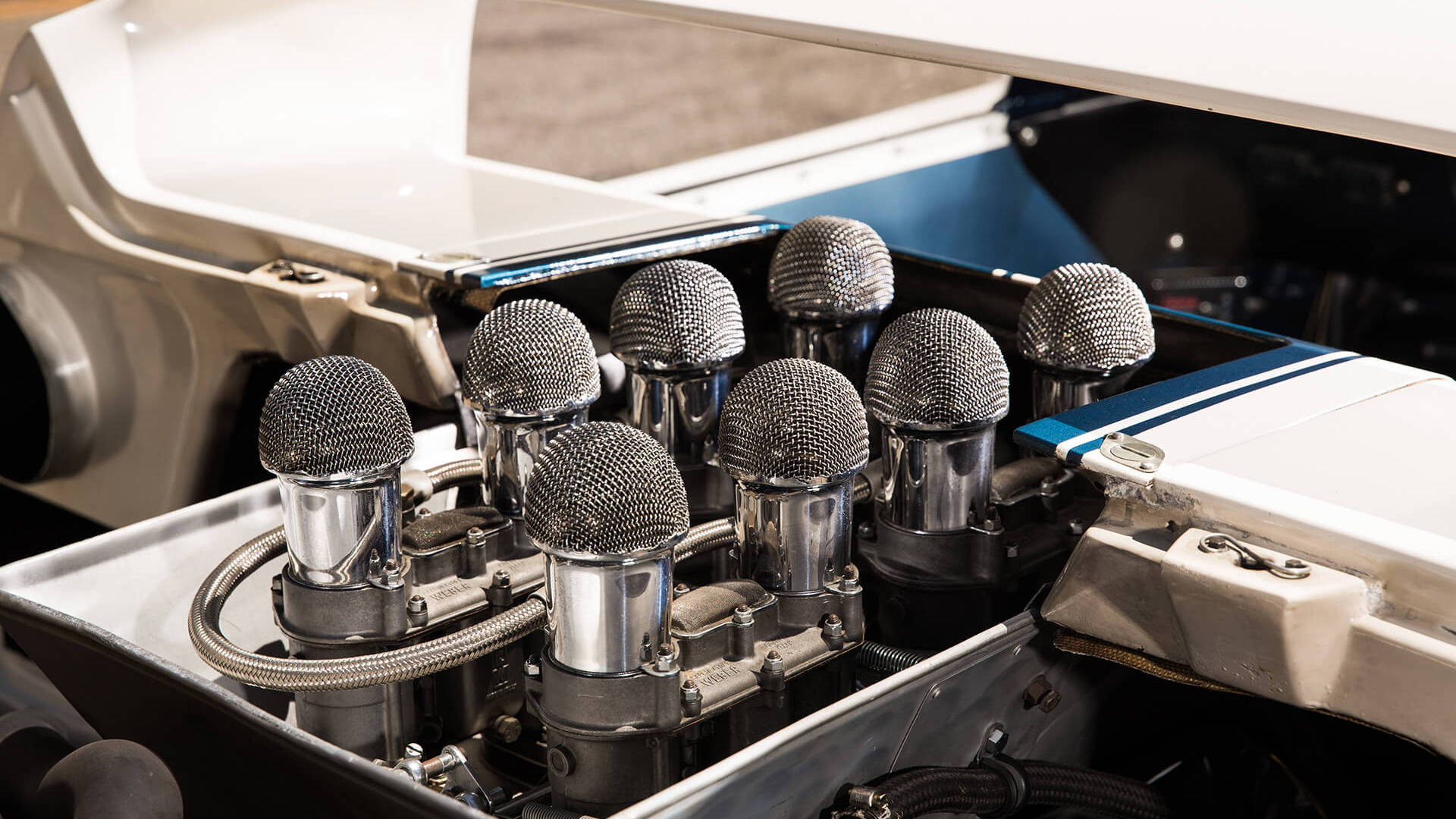 When it comes to rare cars, it doesn’t get much rarer than a Ford GT40 prototype, as just 12 were built.

But even rarer still is a prototype for the Ford GT40 Roadster, of which just four were built and only one remains in its original condition.

That one prototype, the 1965 Ford GT40 Roadster bearing chassis no. GT/108, is currently up for sale. It’s listed on the website of specialist car dealer Girardo & Co. , with the price tag only available to potential buyers. A good estimate is something close to the $6,930,000 the car sold for at a 2014 Monterey Car Week auction.

GT/108 was the seventh car built after the very first GT40 prototype, the car bearing chassis no. GT/101. Work started on November 2, 1964 at Ford Advanced Vehicles in Slough, United Kingdom and was completed by March the following year. Being a prototype, many of its components were experimental units so don’t resemble the units on later GT40s. This is especially true for the lights fitted to the car.

The rest of the features are familiar, though. The car is painted in Wimbledon White with Guardsman Blue stripes, and sits on 6.5-inch-wide Borrani wire wheels up front and an 8.0-inch pair in the rear. Power comes from a mid-mounted Cobra-specification Ford 4.7-liter (289-cubic-inch) V-8 fitted with Weber carburetors mated to a Colotti T-37 transaxle. The engine is the same fitted when the car was first sold into private hands.

Ford and Shelby American used the prototype for much of the GT40’s development work. In fact, Carroll Shelby drove Henry Ford II in this very car during a demonstration for Ford's board of directors at Shelby American’s original headquarters in Los Angeles in 1965. It was eventually sold into private hands via Hayward Motors of San Francisco later that year.

“GT/108 is one of the finest, and certainly rarest, examples of the Ford GT40 in existence,” Ronnie Spain, GT40 historian and author of “GT 40: An Individual History and Race Record,” said of the car. “Its rarity value is stamped all over its history.”

Those attending this week’s 2017 Monterey Car Week have the chance to see the car. It will be present at The Quail, A Motorsports Gathering. For more Monterey coverage, head to our dedicated hub.