The tightly-fought 2017 Formula One World Championship rages on with round five taking place this weekend at the Circuit de Catalunya located just outside of Barcelona, Spain.

The 4.6-mile track is one teams know well since it’s been on the calendar since 1991 and also doubles as the main test site during the winter. There are several good overtaking opportunities for drivers and the abrasive asphalt makes grip levels high.

This rough surface, in combination with a high average speed and 2,400-foot straight, makes the track quite hard on tires. As a result, Pirelli has nominated its hard tires along with the medium and soft sets. Currently, the weather forecast calls for fine conditions throughout the weekend.

The Spanish Grand Prix is continuing its tradition of being the first European race of the season. It’s also often the first race where teams try out some upgrades. 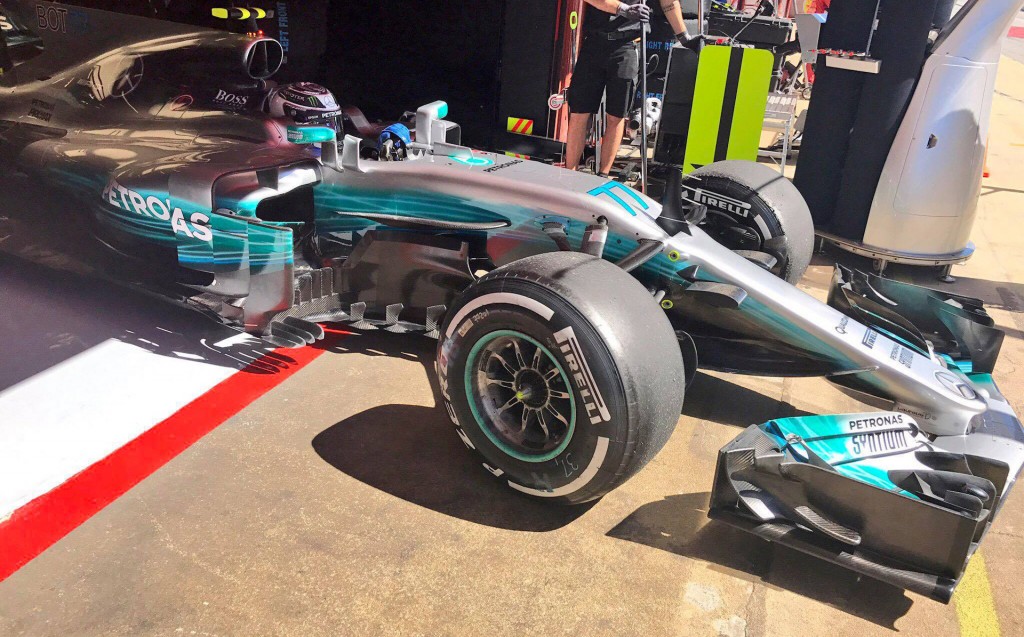 Mercedes AMG at the 2017 Formula One Spanish Grand Prix

This year will be no different as Mercedes AMG has already revealed some serious upgrades for its car. Attached to the nose are new scoops that extend below the chassis, while attached to the bargeboards are new vertical fins.

The upgrades seemed to have worked as Mercedes’ Lewis Hamilton and Valtteri Bottas were both a full second ahead of Ferrari's Kimi Räikkönen and Sebastian Vettel after Friday’s practice session. Force India and Red Bull Racing also installed a number of upgrades on their respective cars.

Going into tomorrow’s qualifying session and Sunday’s race, Vettel leads the 2017 Drivers’ Championship with 86 points. Hamilton is second with 73 points and Bottas is third with 63 points. In the Constructors’ Championship, Mercedes leads with 136 points though Ferrari is a close second with 135 points. Red Bull  is a distant third with 57 points. Last year’s Spanish Grand Prix winner was Max Verstappen driving for Red Bull.

In other F1 news, McLaren’s Alonso Fernando announced the new fashion brand Kimoa. Focused on menswear, the brand currently offers items such as sunglasses and t-shirts.