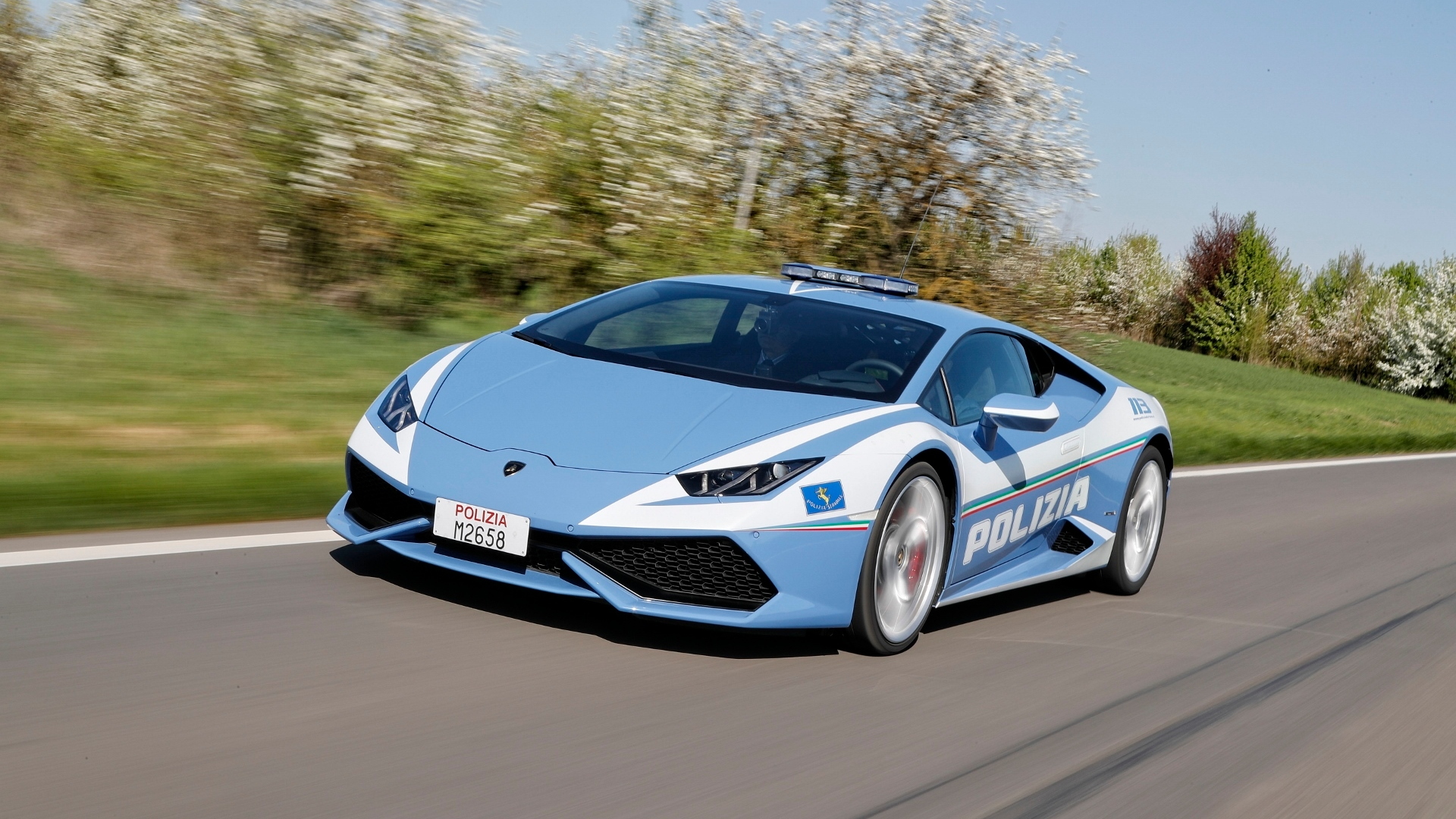 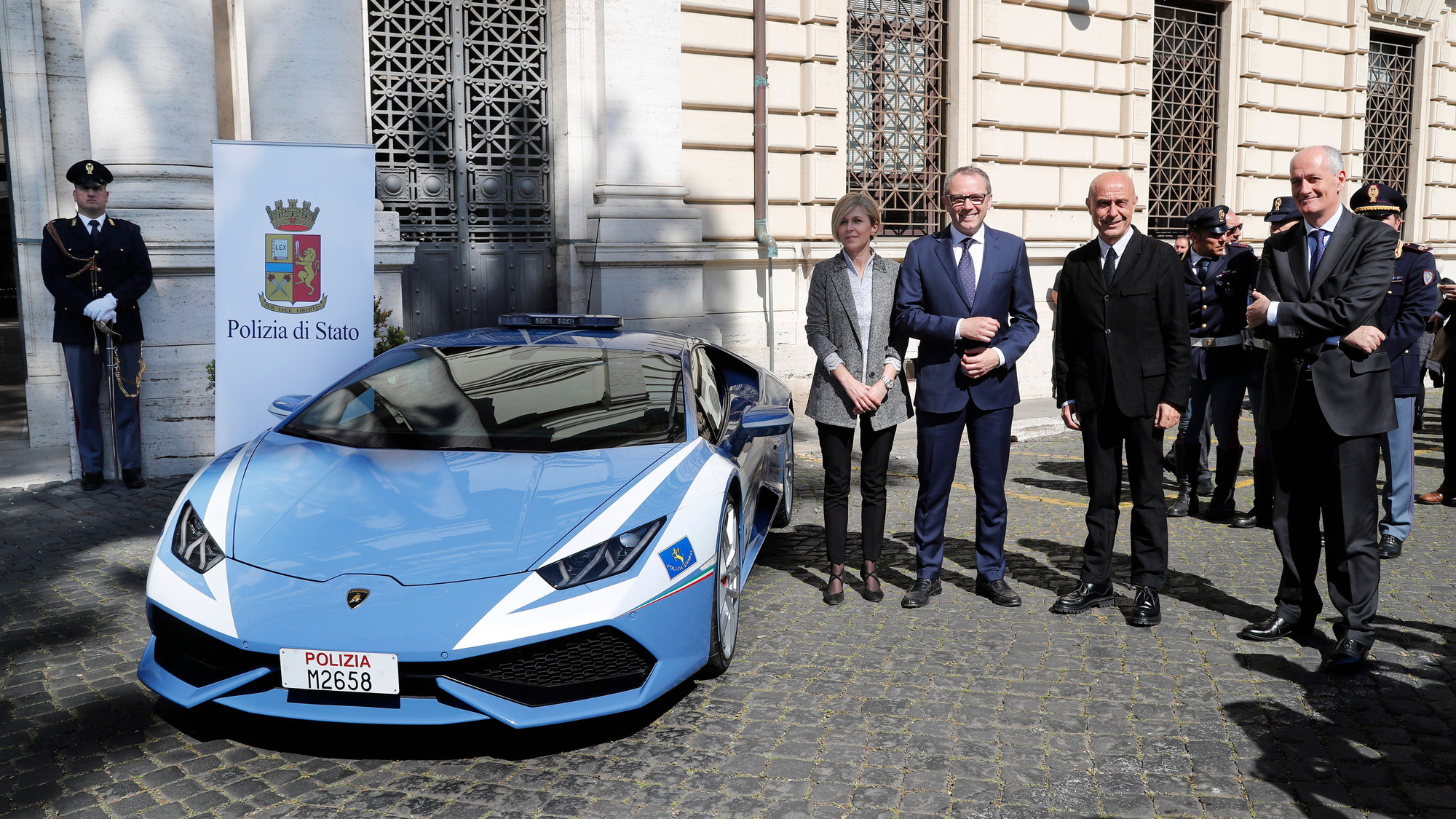 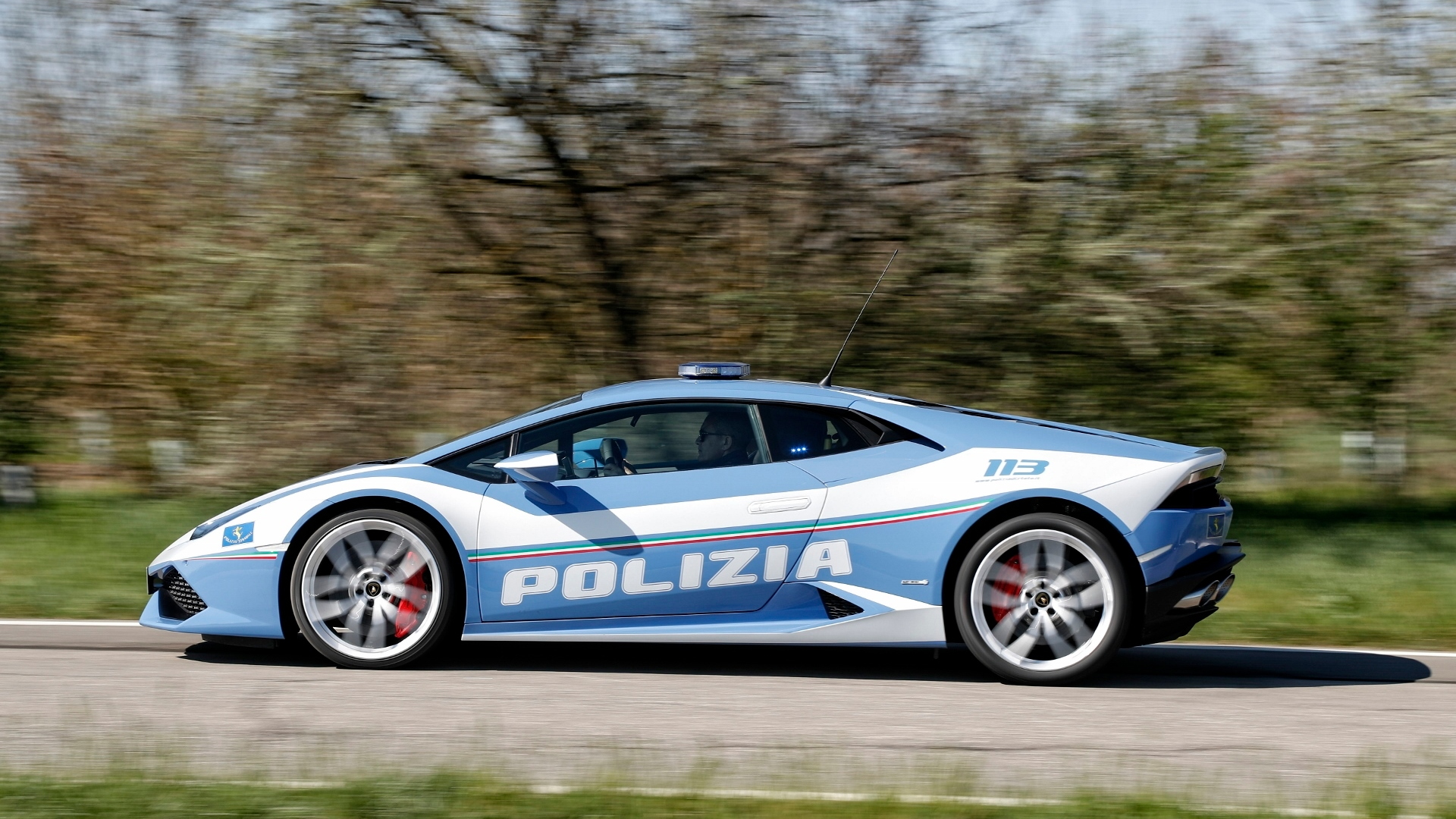 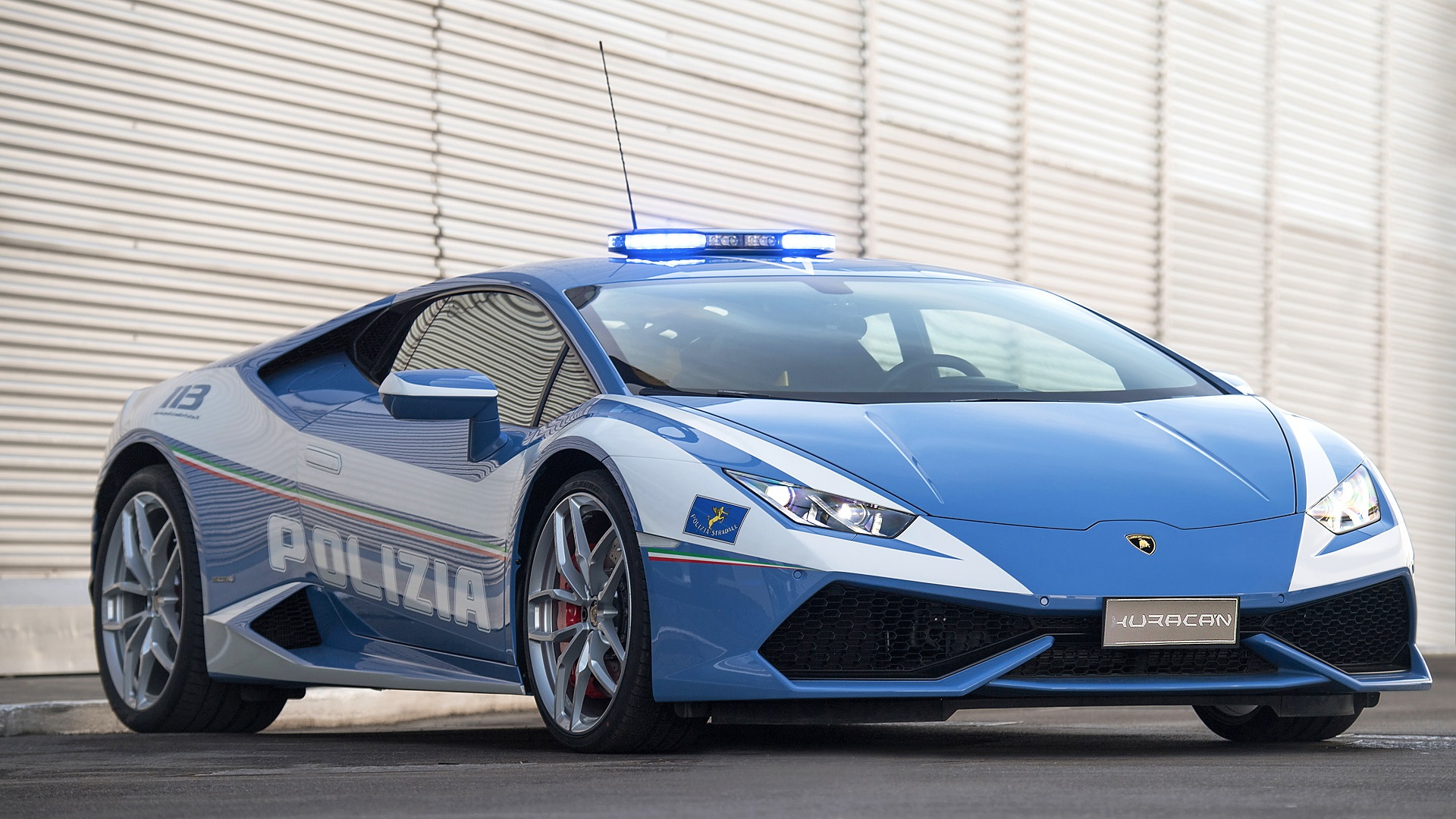 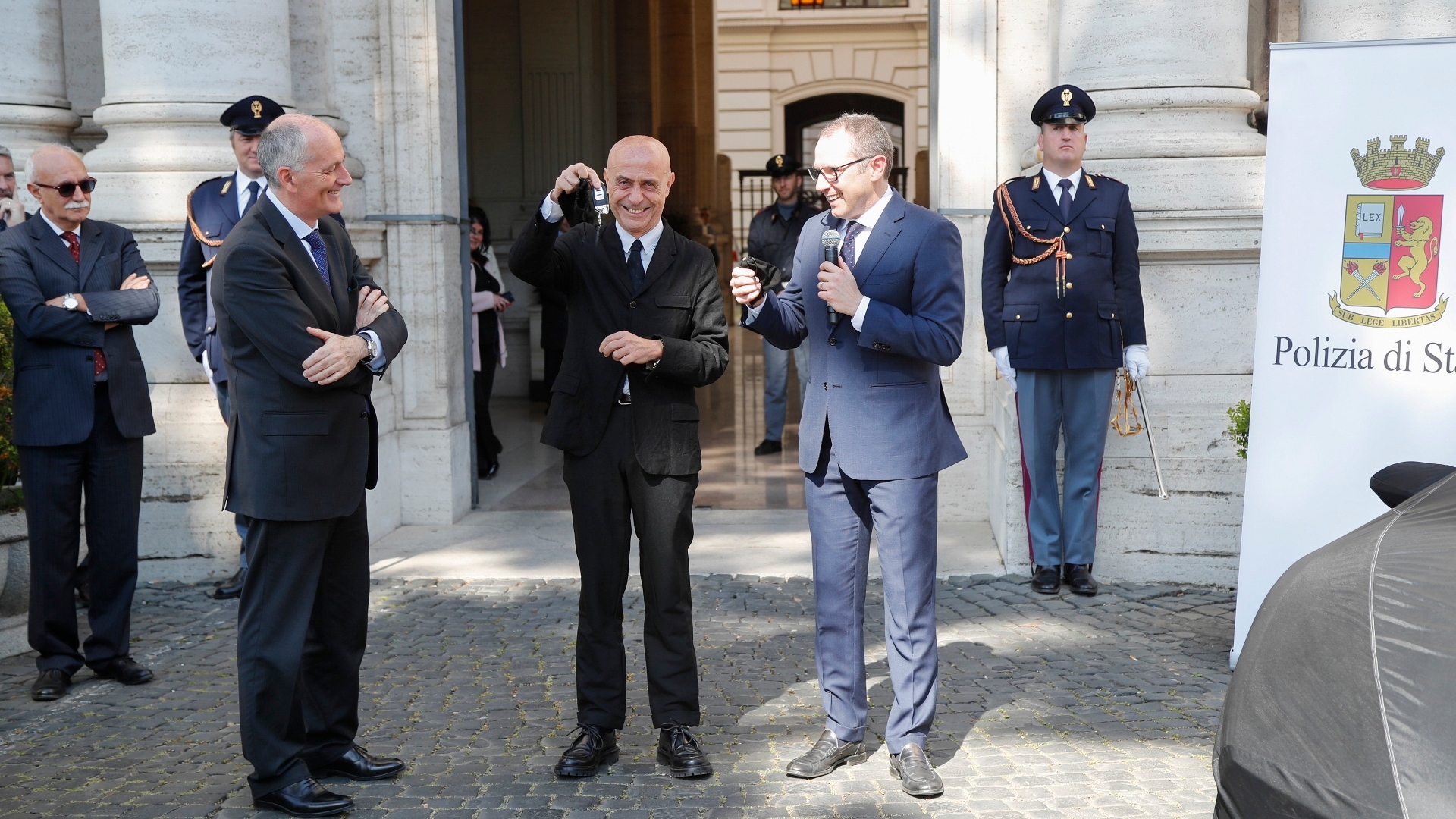 While it’s never a good idea anywhere in the world, it’s most certainly not a smart decision to blow by posted speed limits in Italy, because the Italian Highway Patrol has a really fast police car on its hands.

Lamborghini handed over the keys to a brand new Huracán Polizia, the police variant of the supercar during a ceremony in Bologna yesterday. Finished in the official colors of the Italian Police (“Police Medium Blue” and white), it’s no showpiece. Highway patrol has actual plans for the exotic patrol vehicle. Its assignments include normal police operations and it will be used for urgent transport of blood and organs. Those will be seriously urgent runs, since the Huracán keeps 610 horsepower on tap in polizia form.

Inside, Lamborghini modified the cockpit to house traditional police equipment. A gun holster, fire extinguisher, and a standard-issue VHF radio are present. And yes, the traditional hooks for the classic red and white handheld stop sign are there for routine traffic stops.

As mentioned, the real task of the Huracán Polizia is to provide urgent medical assistance for blood and organ transport. To this end, the luggage compartment has been completely reworked to house a refrigeration system and contain a defibrillator. Police already carried out a handful of these life-saving operations last year.

It seems as if Europe gets all the cool police interceptors, while Americans work to memorize the headlights of mundane Ford Explorers and Dodge Chargers. Last month, Ford led the famed Rose Monday parade in Cologne, Germany, with a special Mustang Polizei. It’s not actually part of the force, but was the latest project as part of Germany’s Tune it! Safe! program.