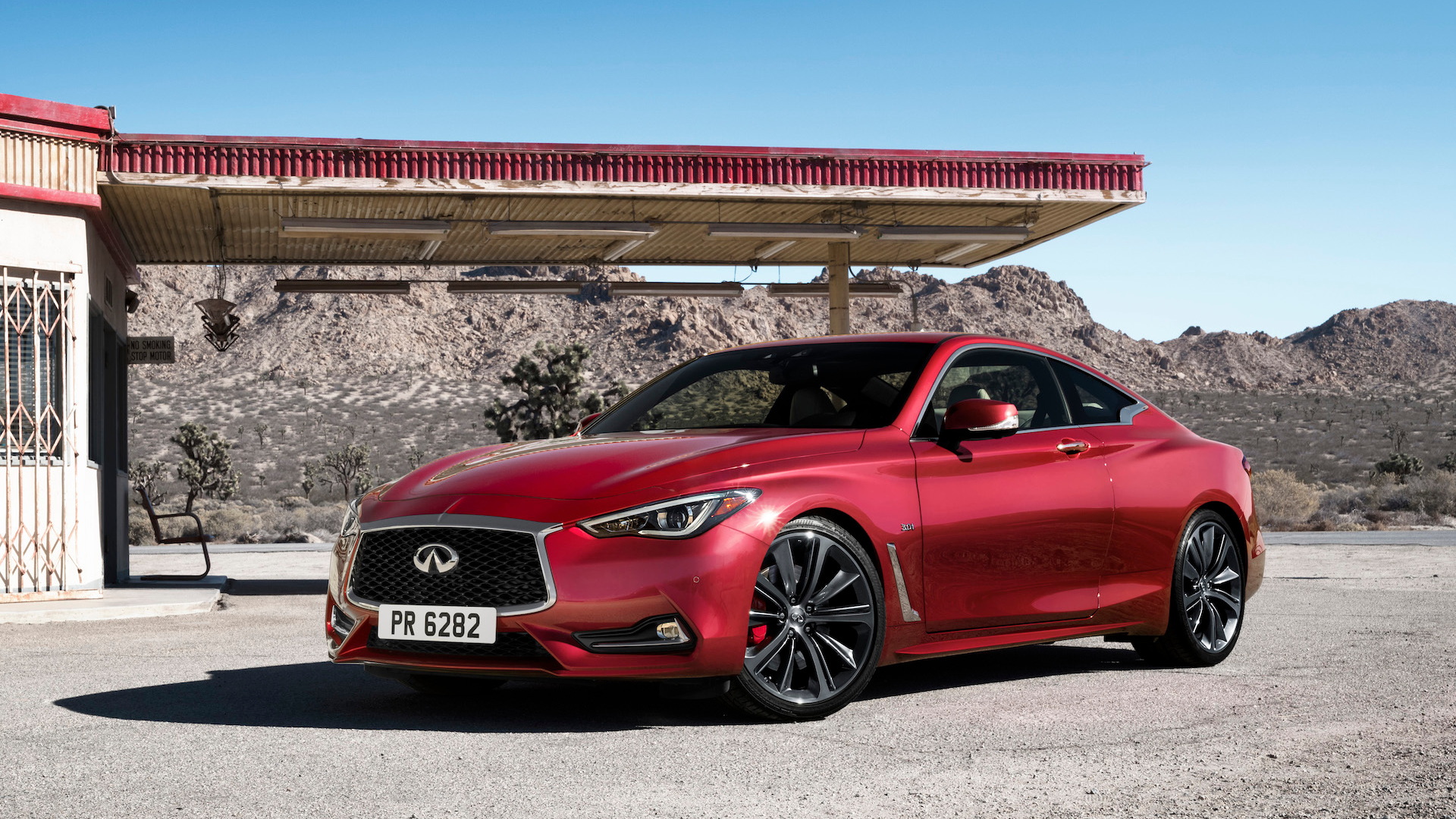 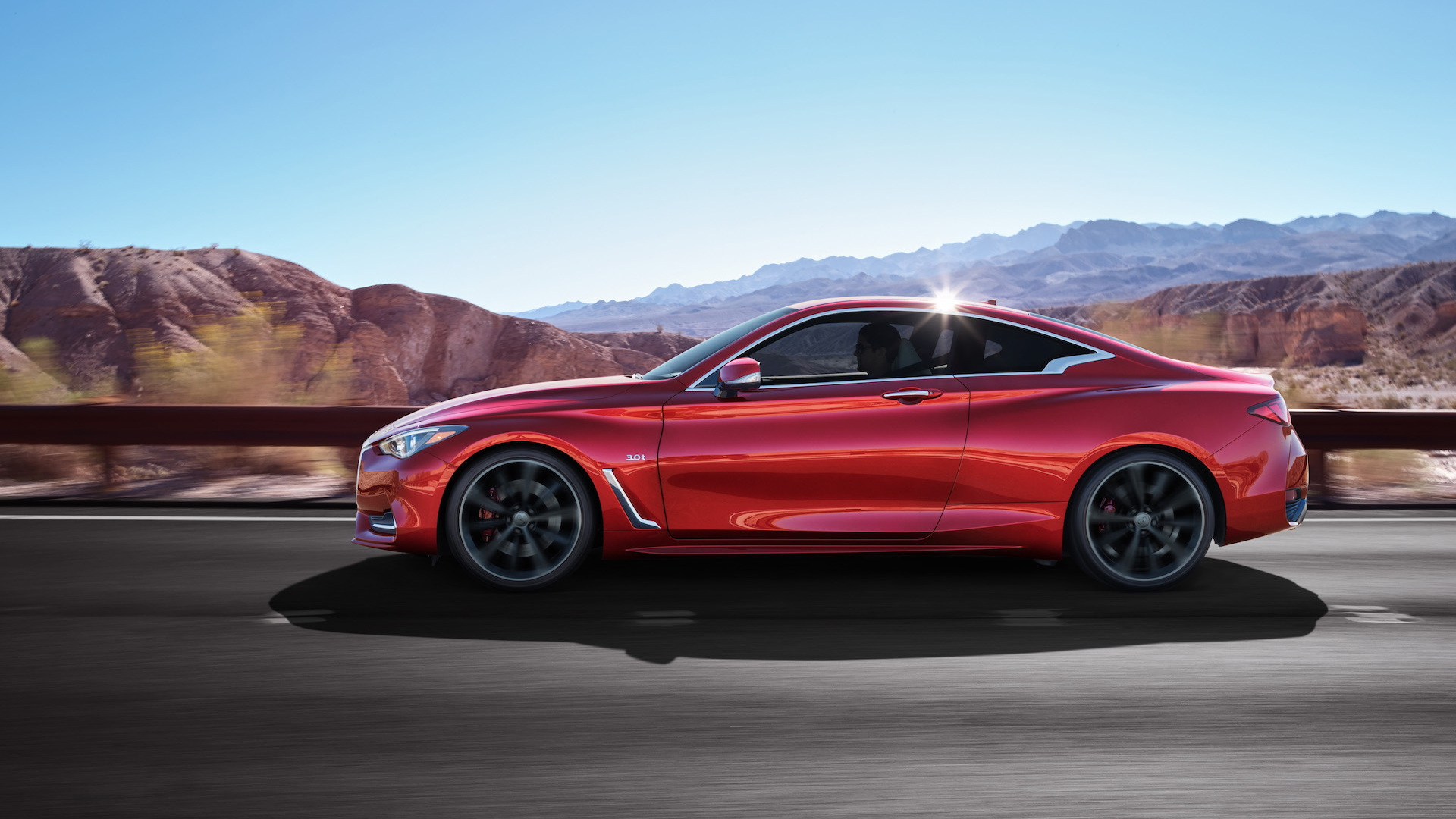 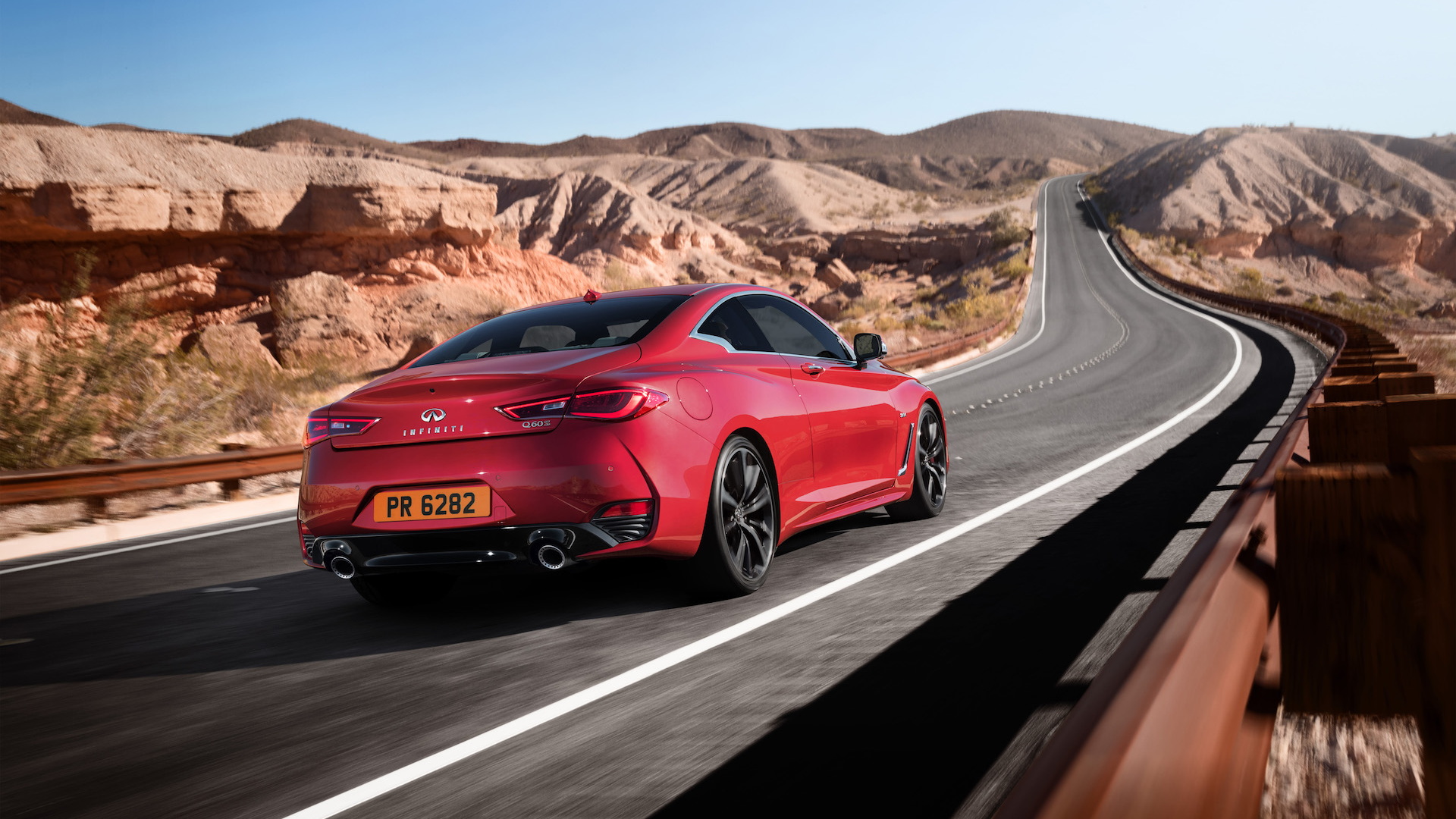 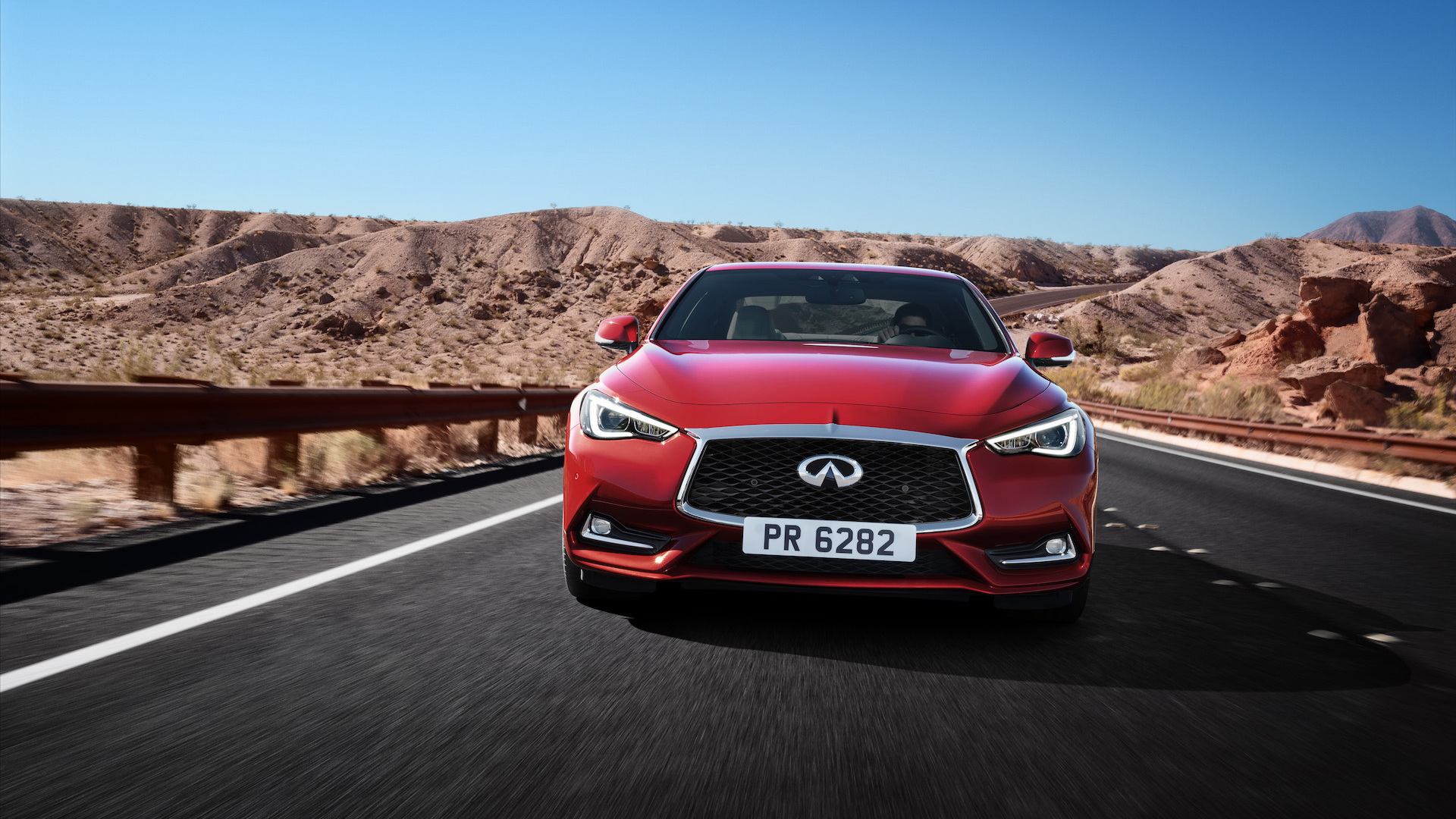 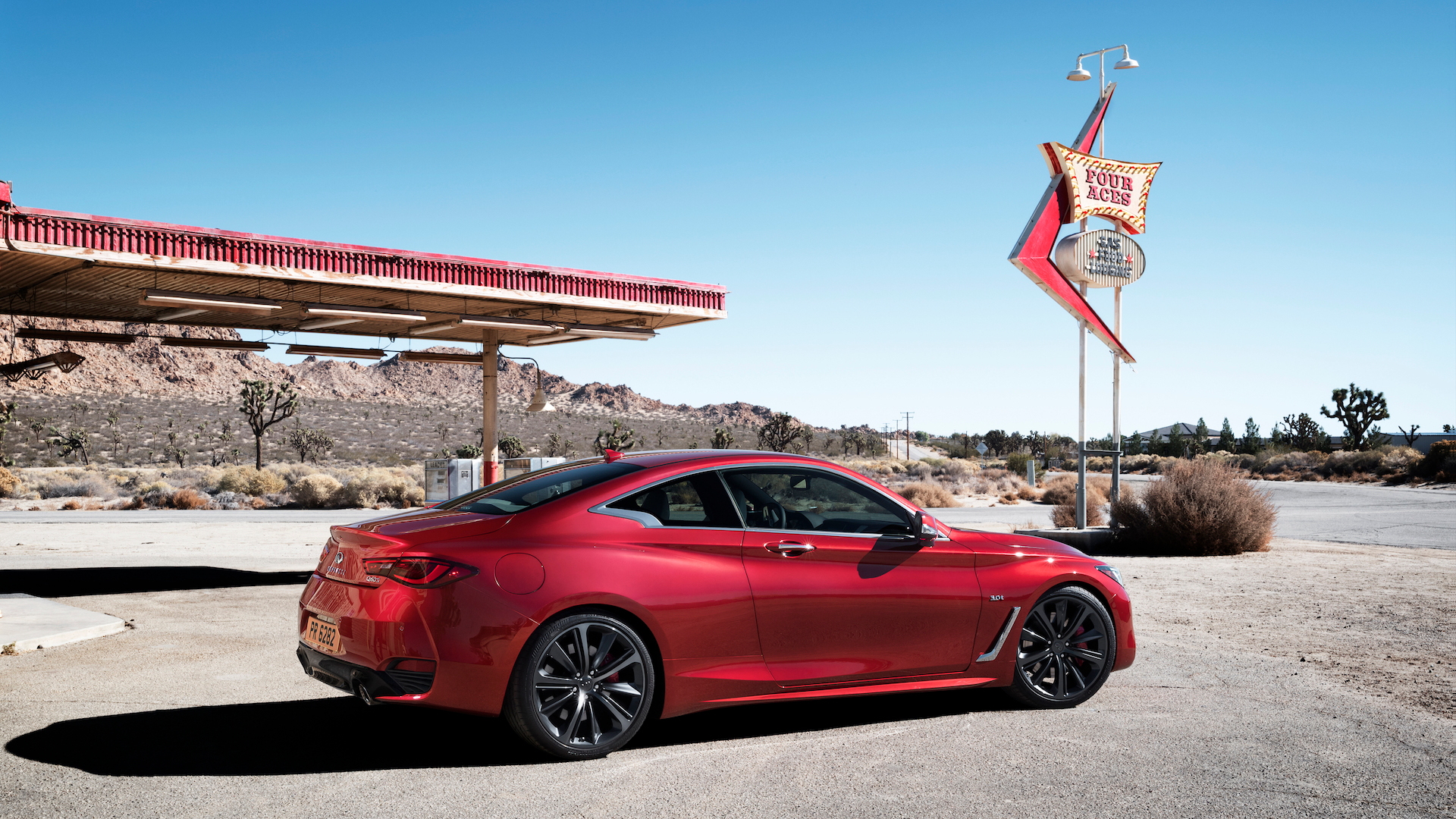 Buyers are spoiled for choice in the entry-level premium coupe segment.

In addition to the German mainstays, there are commendable options such as Cadillac’s ATS Coupe and Lexus’ RC.

Infiniti’s previous Q60, which actually dates  back to 2008’s G37, remains a solid performer although its engine is thirsty and its styling dated. The new Q60 fixes those issues and excites things up with an available twin-turbocharged engine and performance-oriented Red Sport model.

The cabin retains a 2+2 layout but is roomier. It’s also packed with more standard features including bolstered, 8-way power front seats and a dual-screen infotainment system. The latter lets you personalize and save preferences for numerous vehicle settings including temperature, seating positions, audio-visual settings, navigation and more.

There are more standard features for the exterior including LED lights front and rear, heated side mirrors, and 19-inch alloys with 255/40-size run-flat tires. Rear-wheel drive is also standard but an all-wheel drive system is available as an option, including on the Red Sport model.

Other available options, some of them included in a Premium package, include a moonroof, 13-speaker Bose stereo, unique detailing for the grille, semi-aniline leather, real wood dash accents, electronic driver aids and adaptive steering.

Sales of the new Q60 commence in September. Pricing is as follows:

All figures include a $905 destination charge.

For more on the Infiniti Q60, read the in-depth reviews over at The Car Connection.