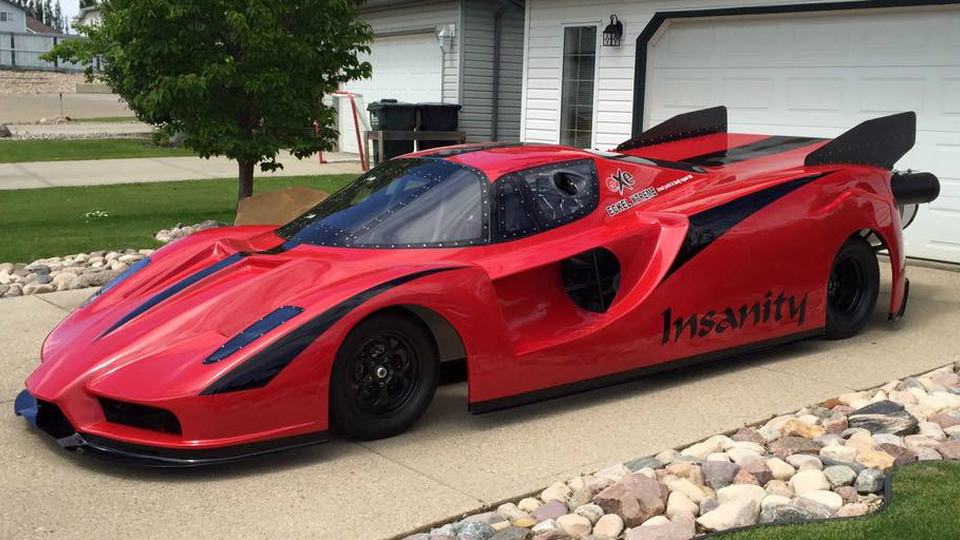 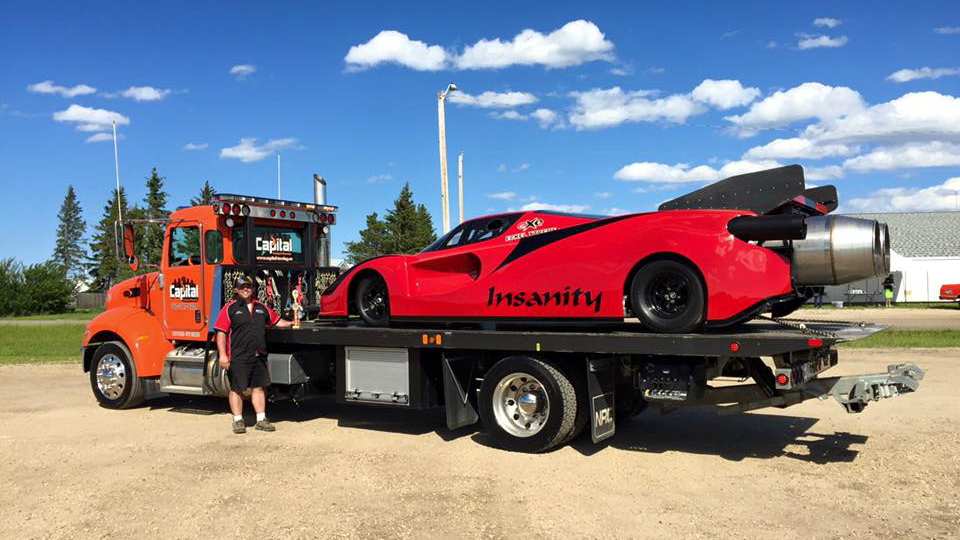 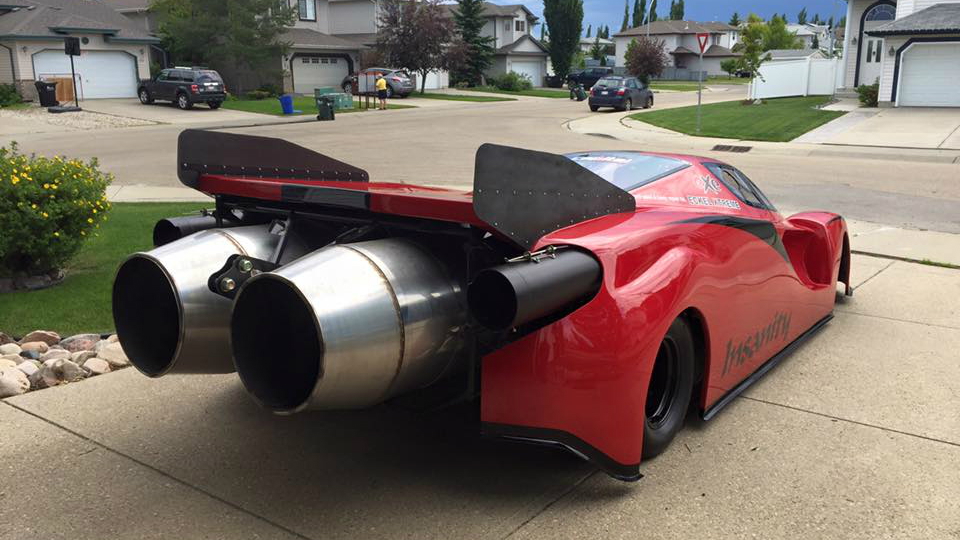 An enterprising Canadian has decided that Ferrari V-12 power isn't sufficiently adequate. Instead, he has created a car powered by two jet engines that is styled to look like a Ferrari Enzo.

Over the course of a dozen years, Ryan McQueen acquired two Rolls-Royce jet engines (by selling his own Chevrolet Corvette, incidentally) and set to work building a car that looks like an Enzo, but scoots in a far different fashion. With 14,000 pounds of thrust, the jet engines are certainly an upgrade over the 660-horsepower Enzo. That said, we should note that there are no actual parts shared between the real Ferrari and McQueen's creation.

According to Car Buzz, the Canadian had no formal training prior to beginning the project, although it is safe to say that he did some research before buying the engines and strapping them to a car.

We're not sure just what McQueen has in mind for the rocket-powered performance car and we can't say for certain if Enzo Ferrari himself would have approved of the project.

Appropriately, McQueen calls the vehicle "Insanity," a name that certainly fits a homemade sports car that could be capable of accelerating to 400 mph. If you're near Sherwood Park, Alberta, a suburb of Edmonton, you may want to watch your rearview mirror.